Today we will check out the area around Victoria because we will stay tonight another night at the same location. The day begins rather gray with rain. We decided to go to Craigdarroch castle because we can stay in side. This is a castle from the 19th century. So it is more of a large house than a defensive fortification. It was build by a rich couple but is now a museum. Part of the castle is furnished the way it was when it was just built. 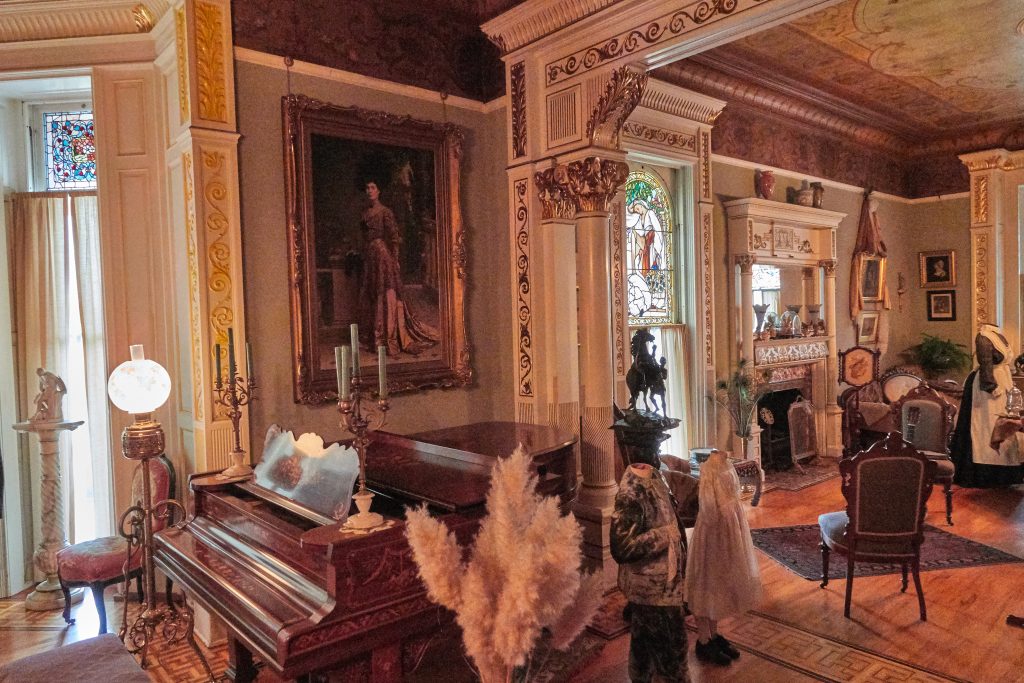 Toys from those days: 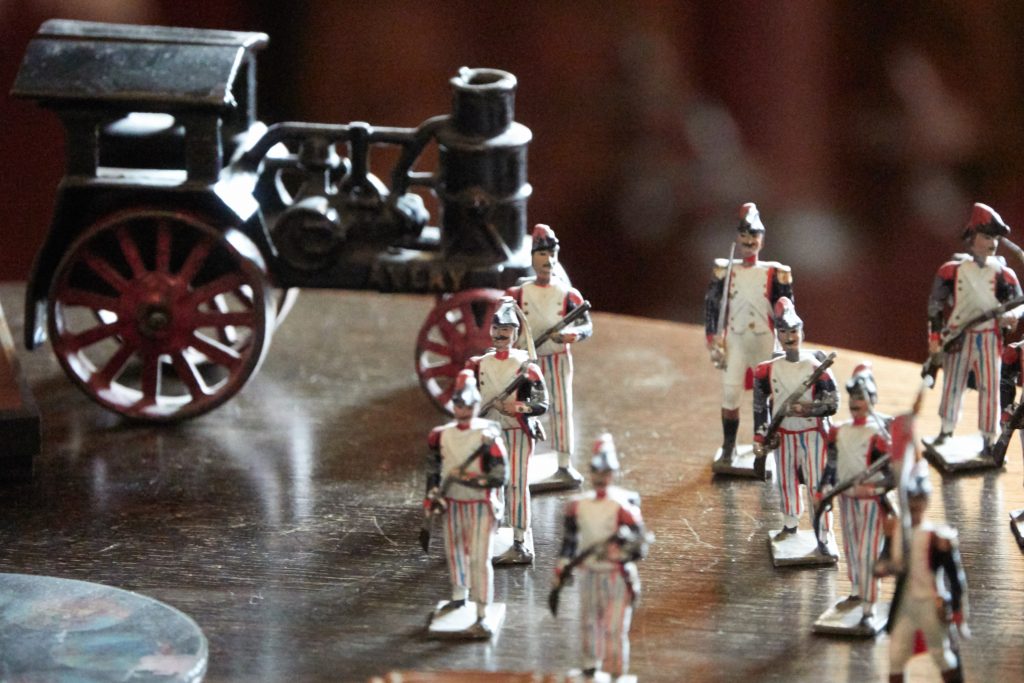 After the couple died the castle was sold a few times and used for different purposes: Military hospital, children’s school, music school and finally (currently) a museum, the reason why we can see it today. A number of rooms are furnished as they were in the periods when it was a hospital and school.

When we had seen the entire castle we went back outside but it was still raining, decided to take a quick picture of the outside: 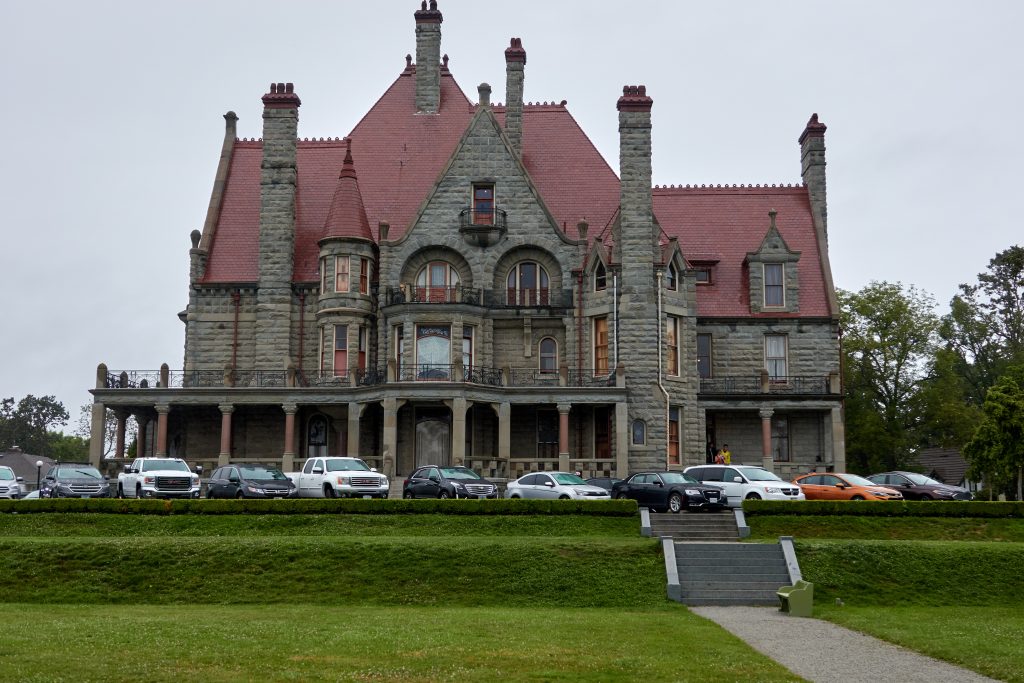 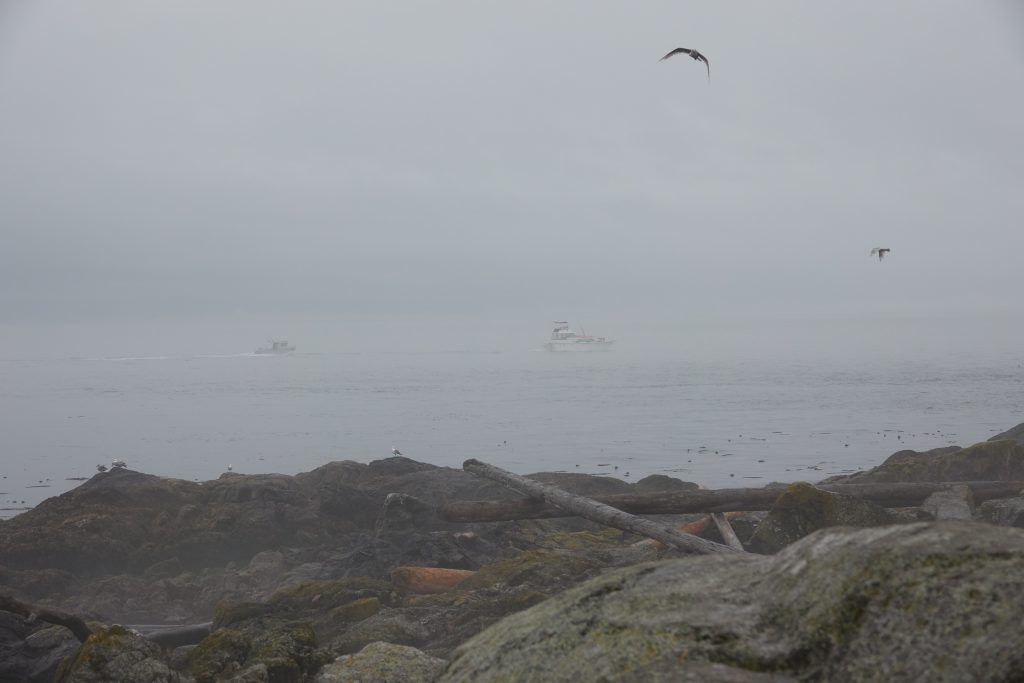 Along the way we crossed paths with several deer which were just wandering around in somebodies front yard: 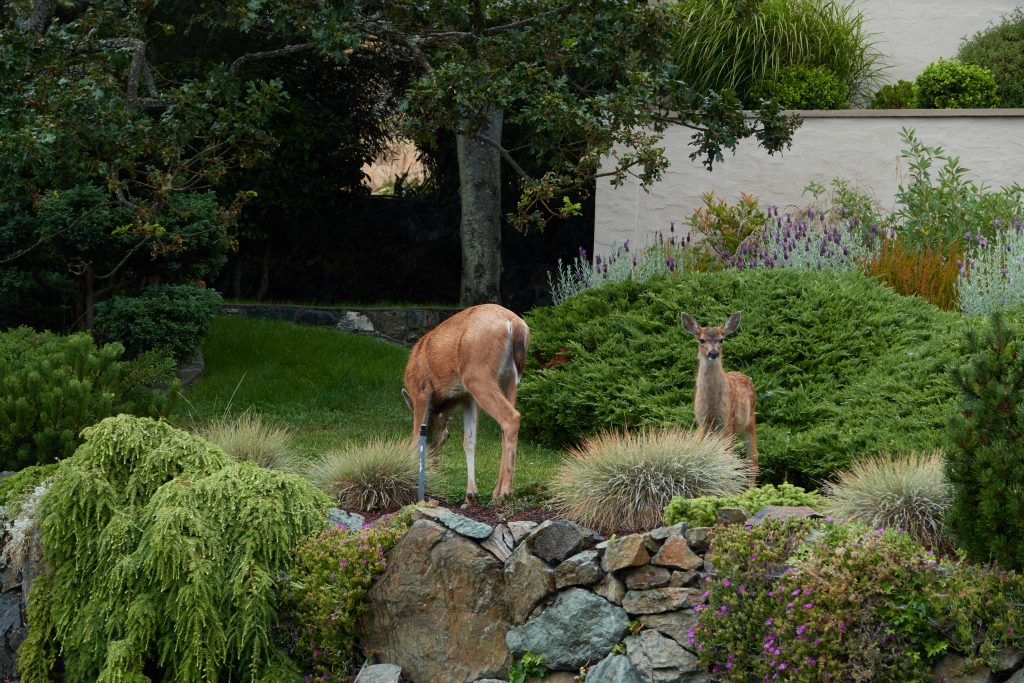 Little bit down the road another one at the golf course: 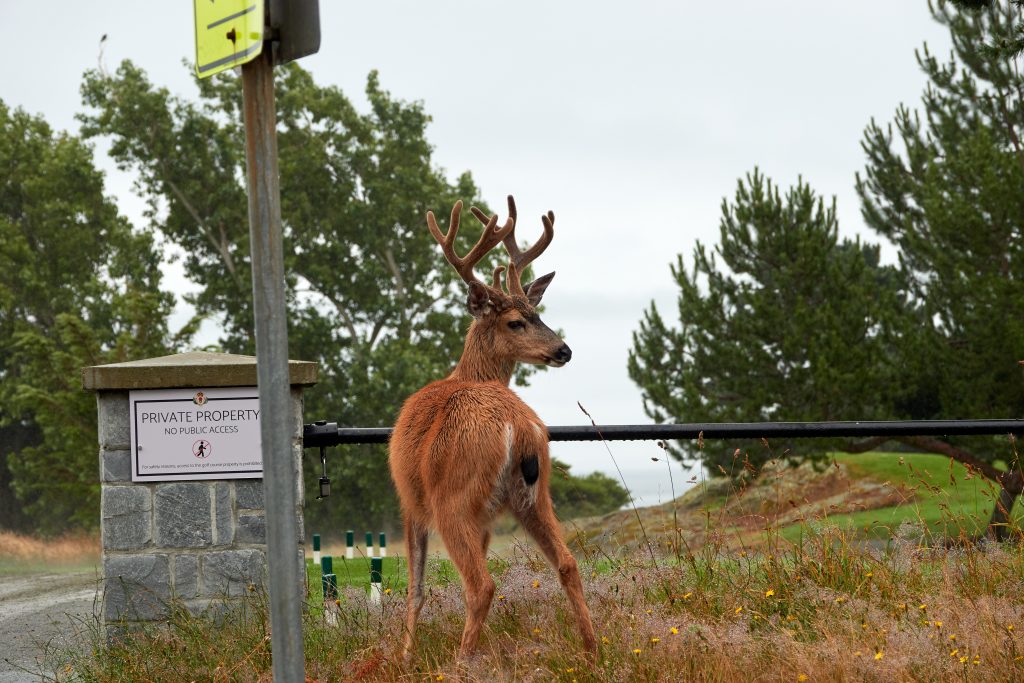 In Oak bay there is also a marina: 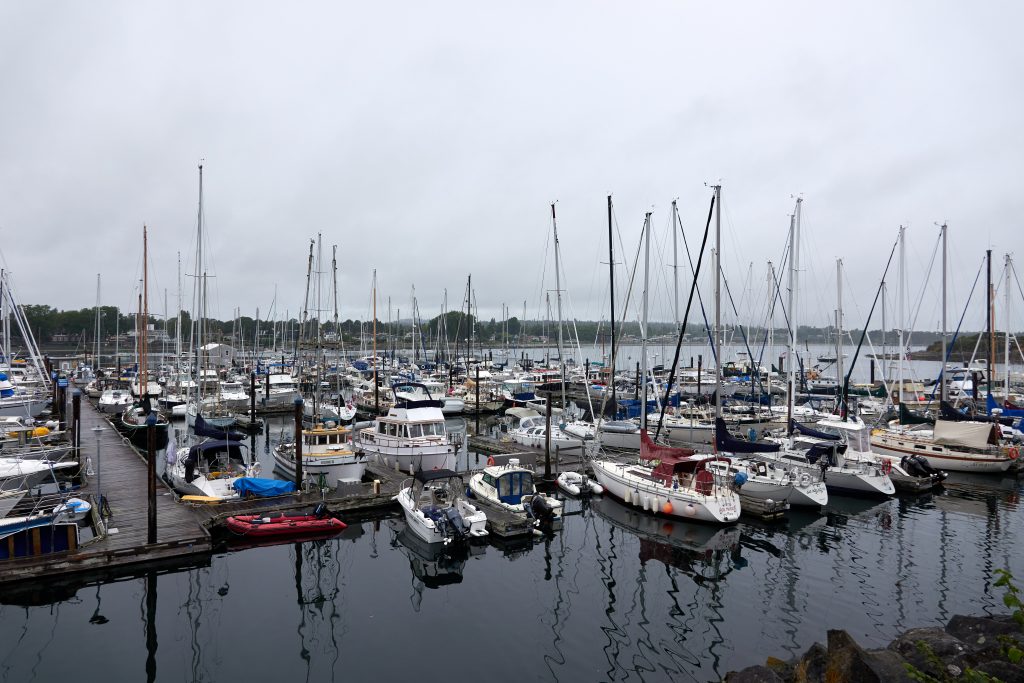 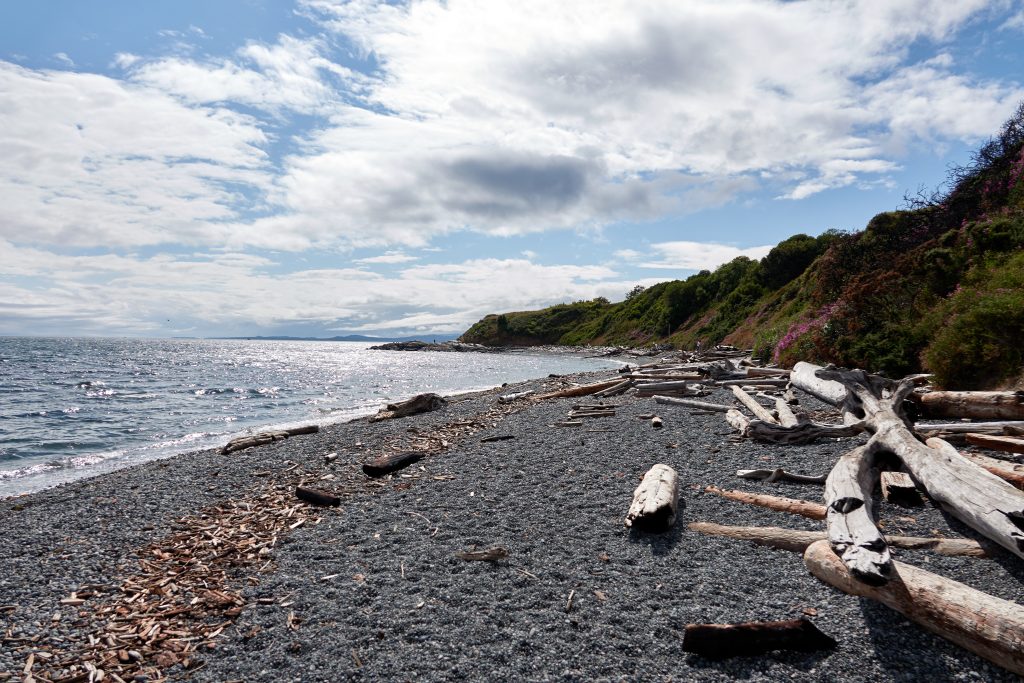 You can see those giant cedars (which we already saw before): 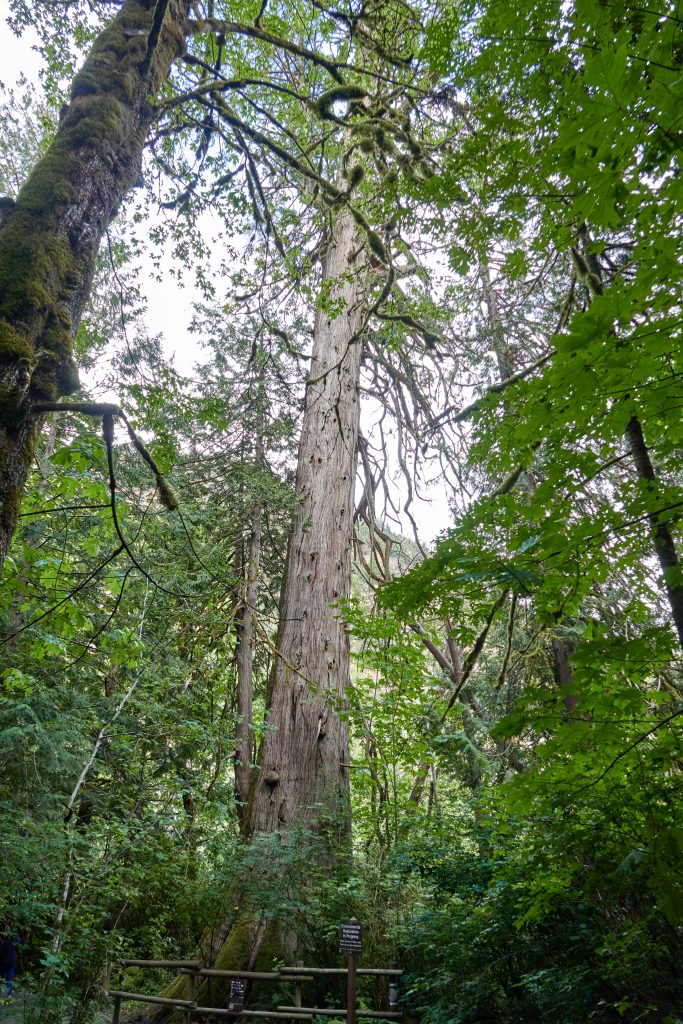 The river (at least at this time of the year) is more a small creek: 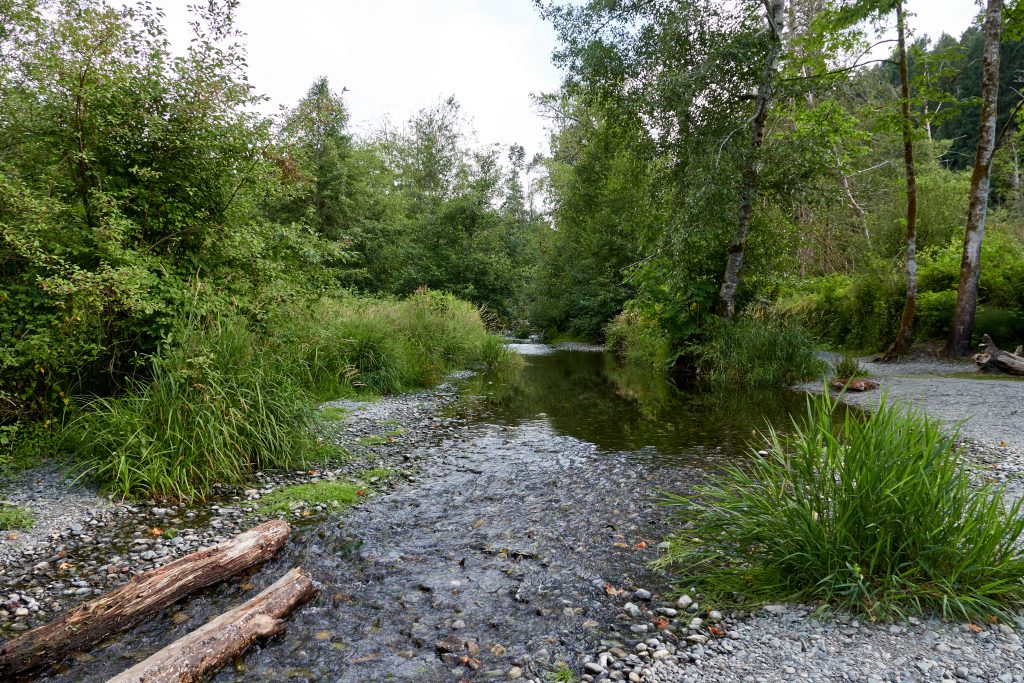 Small bird on a rock in the river: 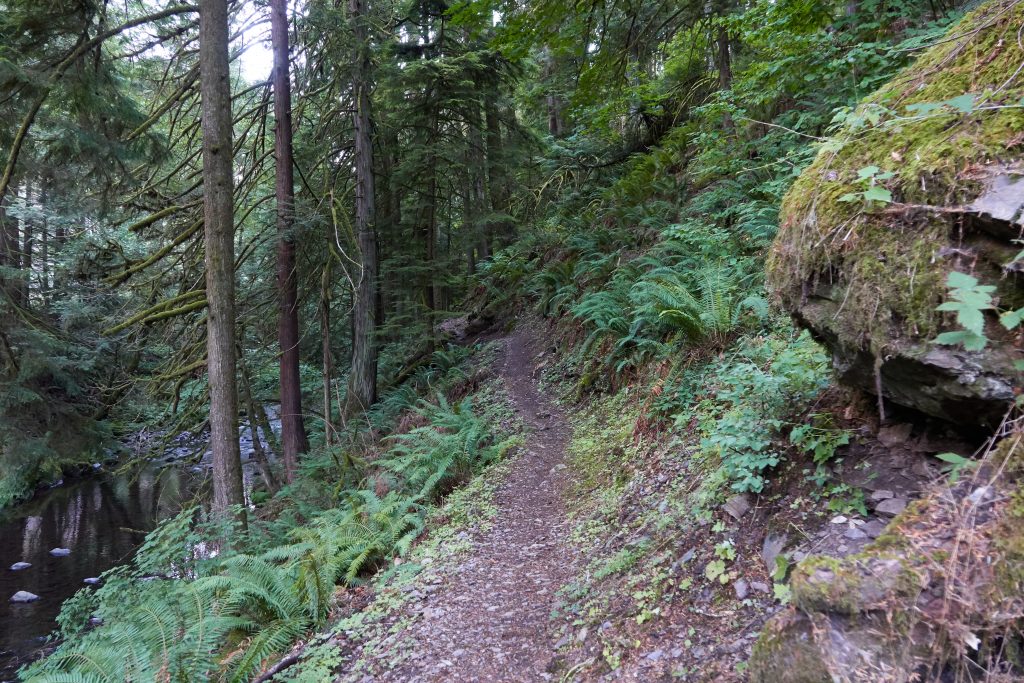 As it was getting later already and we also wanted to see the city of Victoria we went drove there. We parked the car a little bit from the down town area and proceeded on foot. We came across a small church: 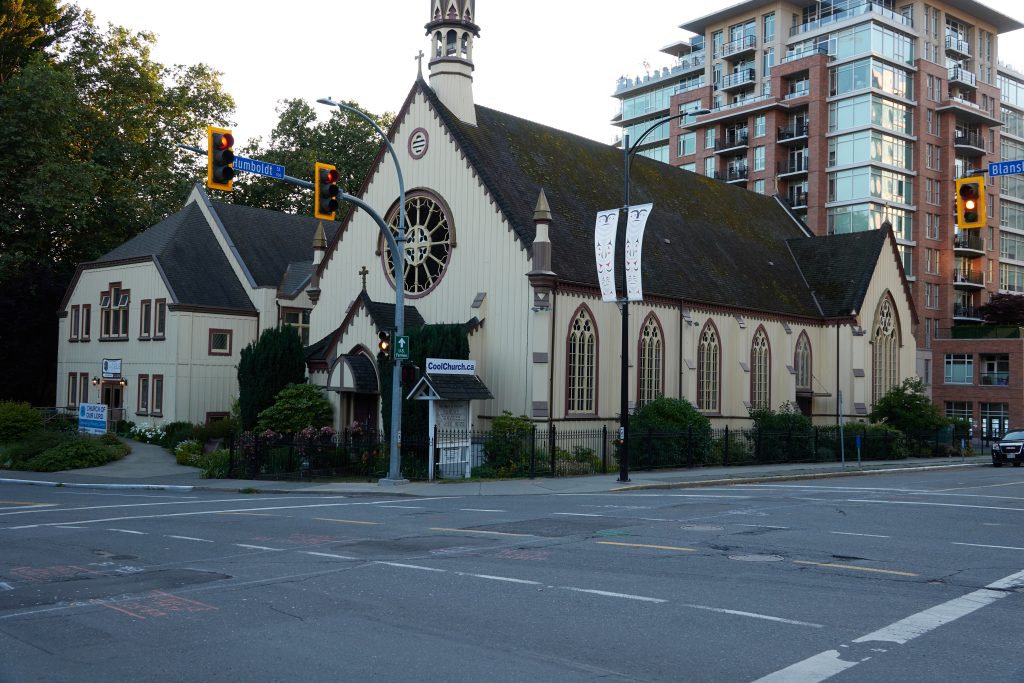 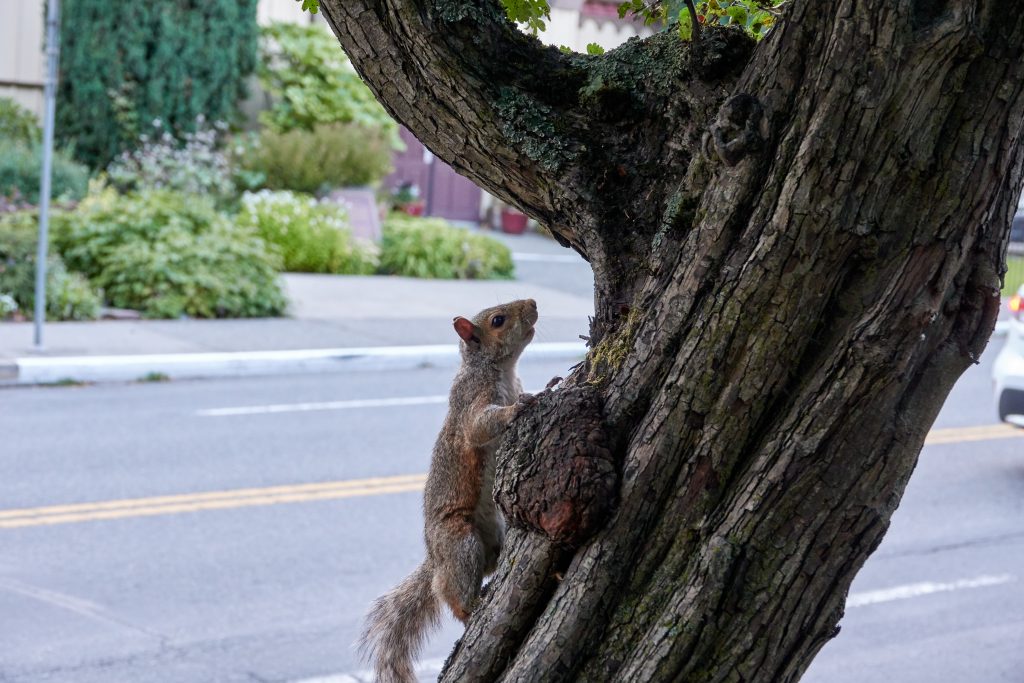 Downtown the parlement building is worth visiting: 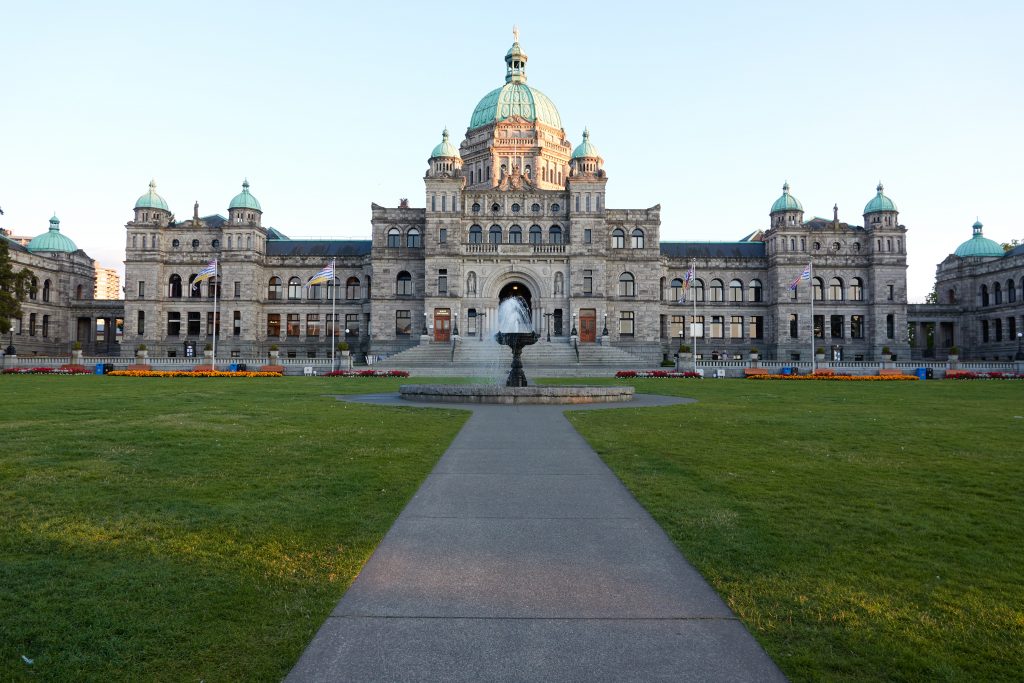 From slightly different angle with the statue for the fallen soldiers during the different wars that canada joined:

Sun was setting which gave a nice scenery:

After that we drove back to our B&B without breakfast and got something simpel to eat along the way.