This time we booked a last minute to Egypt, to Marsa Alam at the red sea coast. We are flying again from Schiphol this time with Transavia. The airplane is departing at a rather normal time, so we do not need to get up very early. Once we are on-board the leg room is rather poor compared to the previous flights. En-route the weather was pretty good, e.g. a nice view of Sophia (Bulgaria): 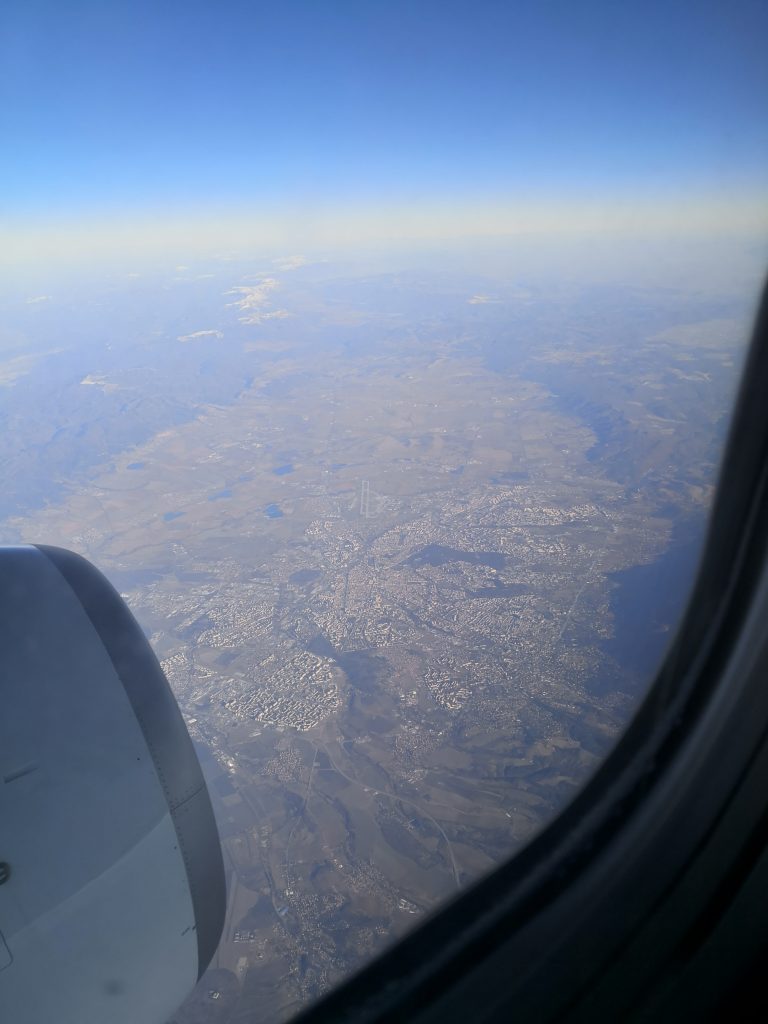 It was already dark when we landed (Marsa Alam is at a not too high latitude and its winter!). We do not have a rental car this time, so we are going with the bus to the resort “The three corners happy life”. Upon arrival we were told to eat first then check in (we booked an all-inclusive). So that is what we did. Dinner was actually above expectations. It was buffet style dinner and usually buffets are barely eatable. The hotel room was pretty ok as well: 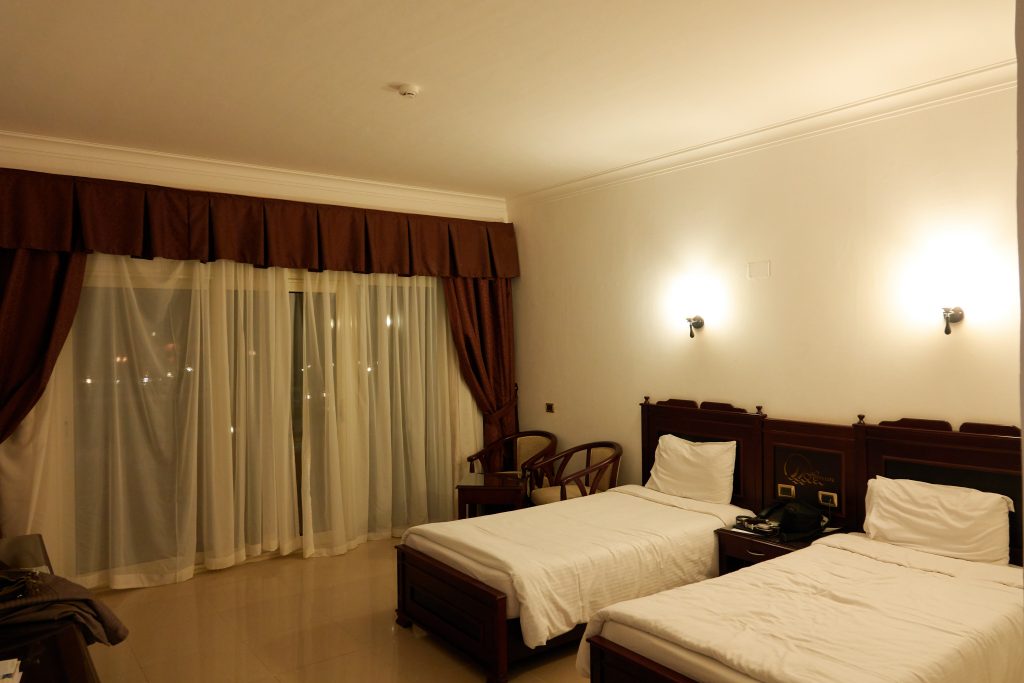 After that we went to sleep because it was already bed time.

In the morning after we went outside we could actually really see where we where, after breakfast we went for a short walk around the resort. Then there were two meetings, one with a staff member of the hotel, who explained things about the food, drinks and facilities, and one with guide from the travel agency where we booked. The guide explained about the excursions we could book. We booked three: 1) Jeep safari 2) Boot trip to Sataya (a coral reef in the red sea) 3) Bus trip to Luxor.

After the meetings we picked up our swimming gear to go to the beach. The beach has some sand, but also a lot of rocks. We also took our snorkeling gear because apparently there is also a nice coral reef in front of the resort. You can reach this from the peer. Unfortunately a red flag was waving indicating that you cannot enter the water from the peer, too many waves. In the shallow area you can still go snorkeling and this is what we did. However, some areas are really too shallow and you can easily bump and scratch your legs, knees and feet…

In the afternoon we took the photo camera and took another walk around. As you can see our room is reasonably close to the pirate swimming pool, however no children around (N25.369098, E34.728616) … 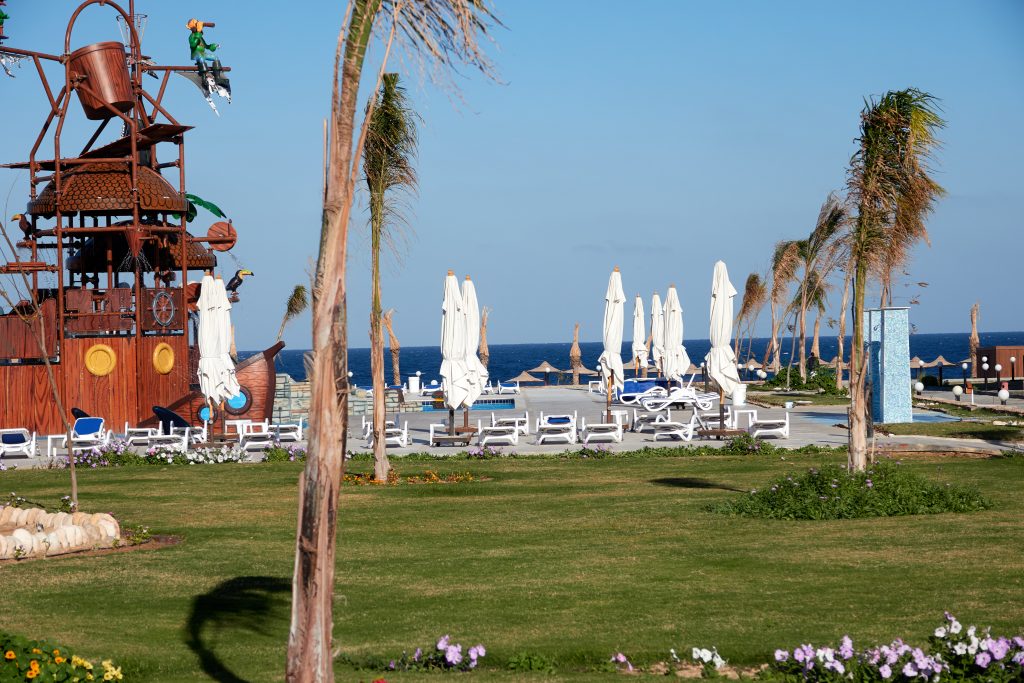 We are also close to the sea (as can be seen in the background).

There is a bar at the central pool, in the afternoon they also serve a snack there. There are also loads of small birds: 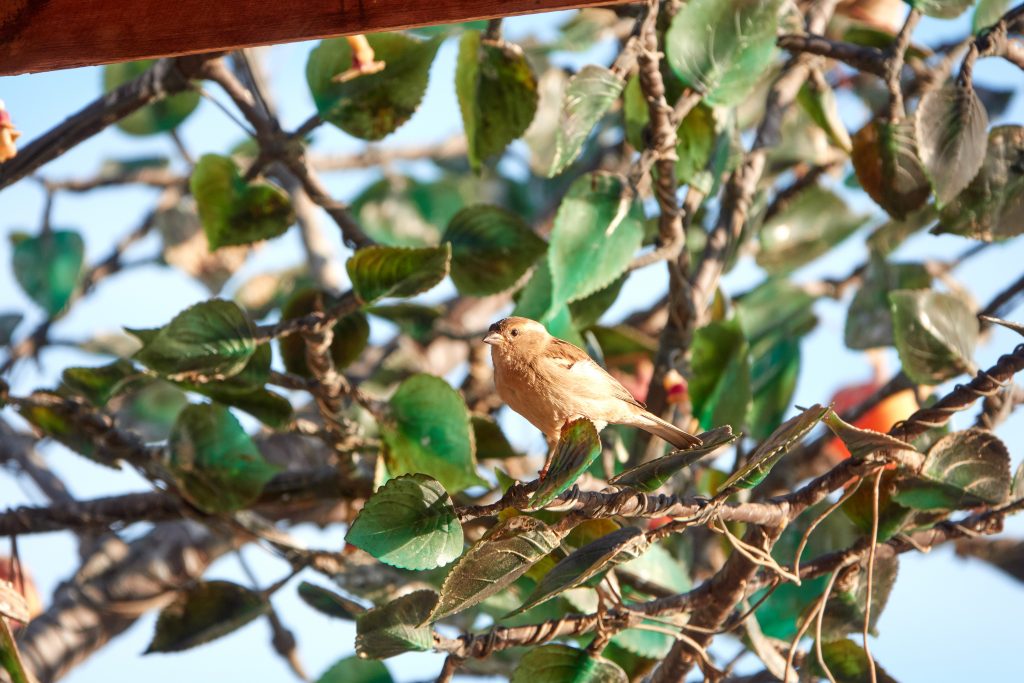 They dont mind stealing the crumbs from your plate: 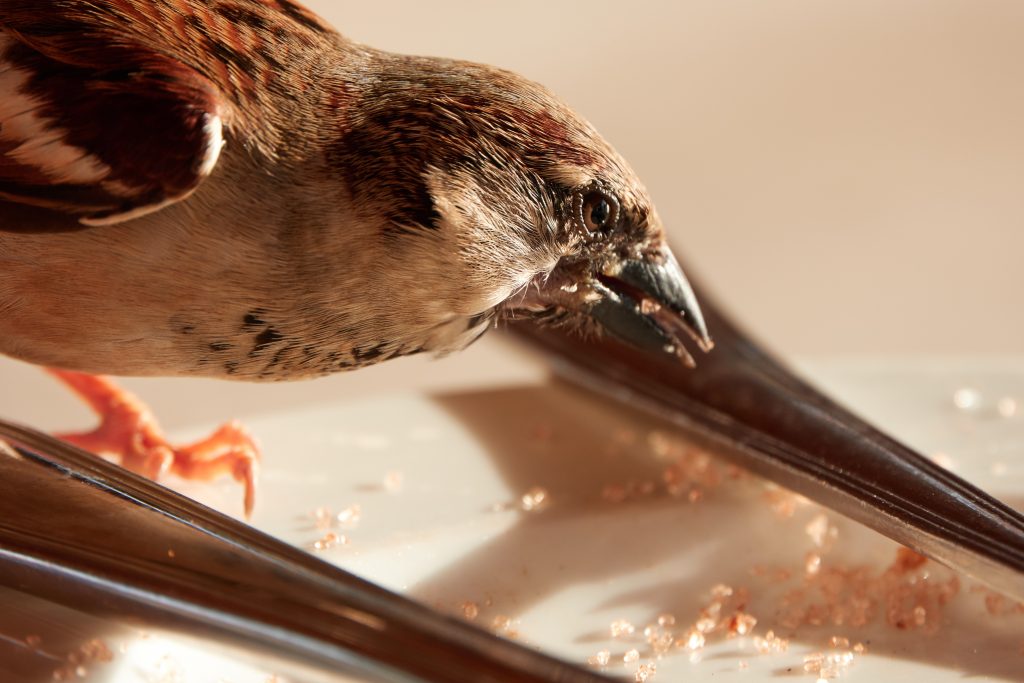 A little bit further away also a white bird was showering in the water from the sprinklers: 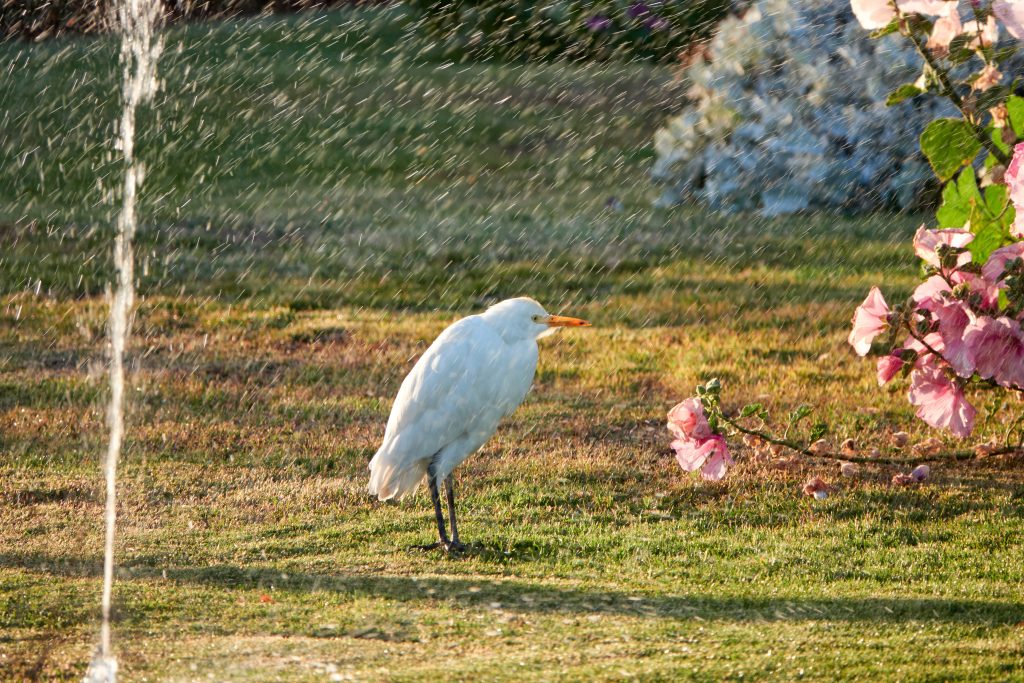 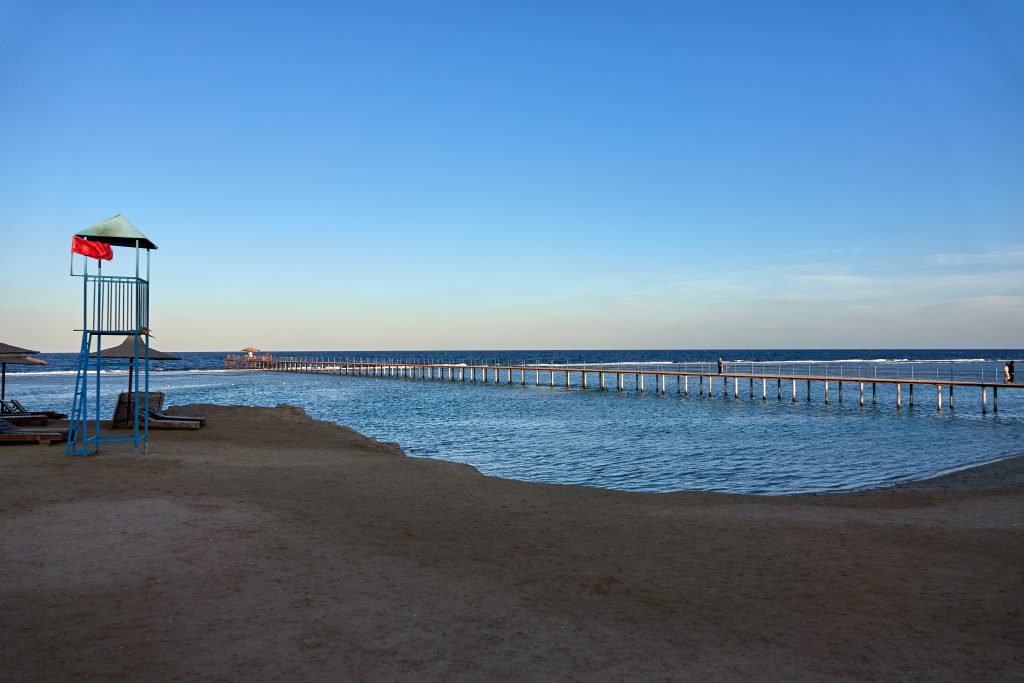 You can see the red flag here at the front as well as on the peer all the way in the back.