Today we wanted to go snorkeling to the Tugboat. We only approximately knew where it was. At one point we saw a parking place with some cars. So we decided to stop there. Turns out that this was an old Fort, Fort Beekenburg (parking place N12.07152864, W68.8614084). On the foreground you can see some cannons, behind it a sentry post and all the way in the back a tower: 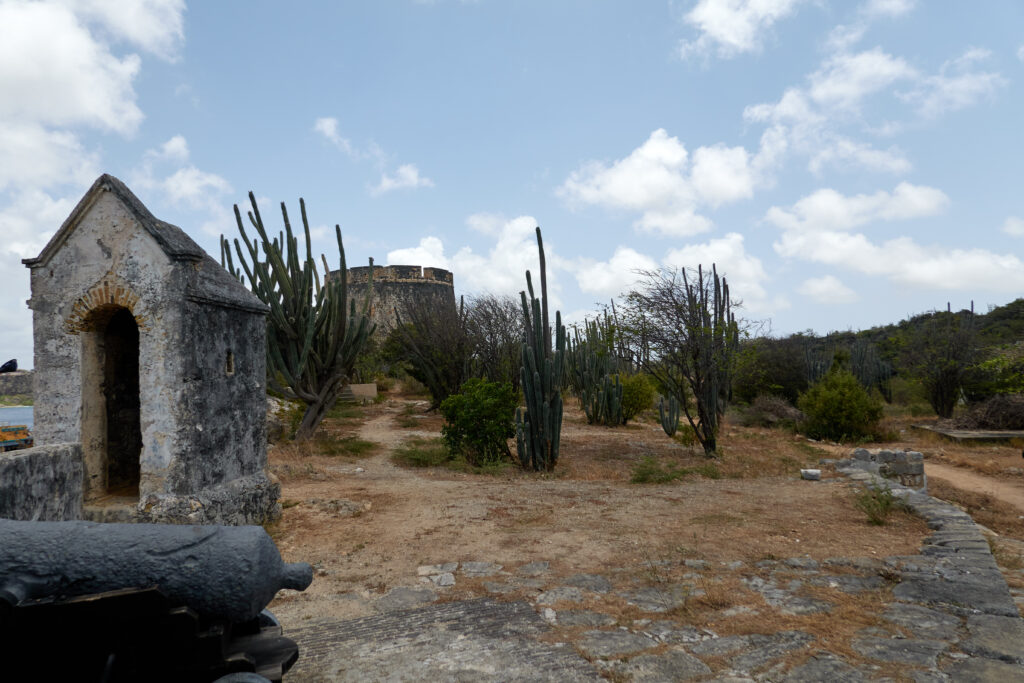 Photo in the direction of the sea: 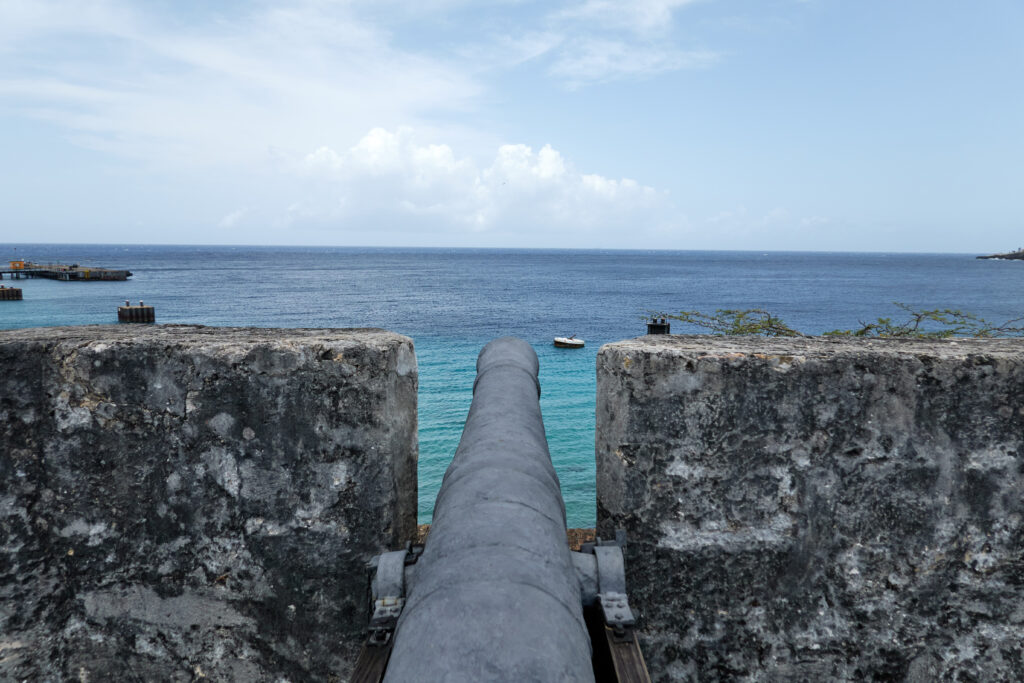 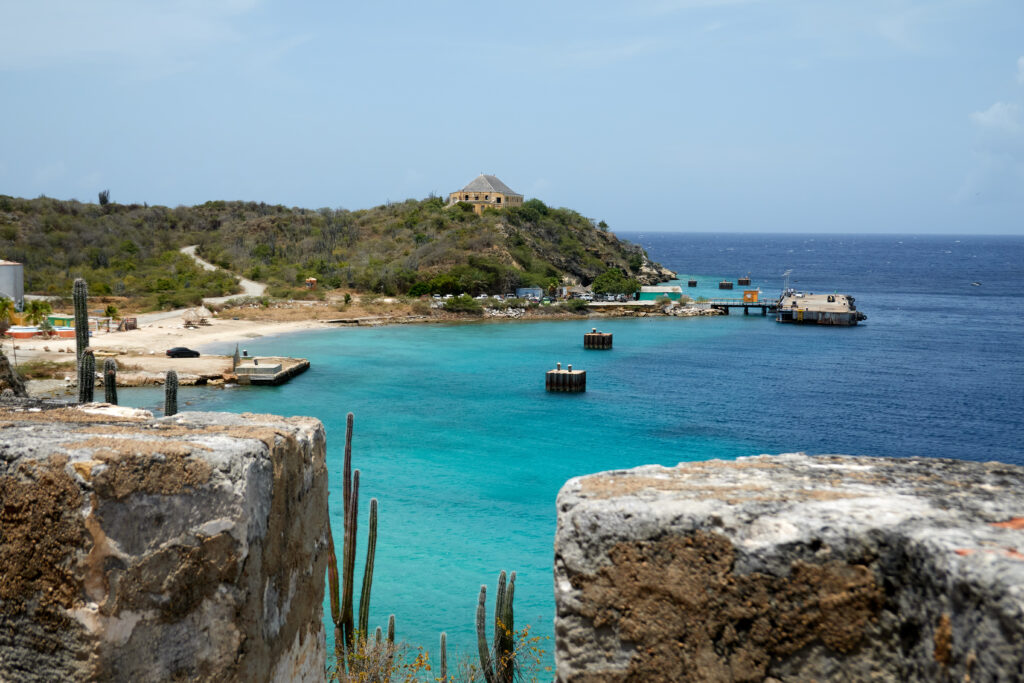 There was a small lizard on the tower: 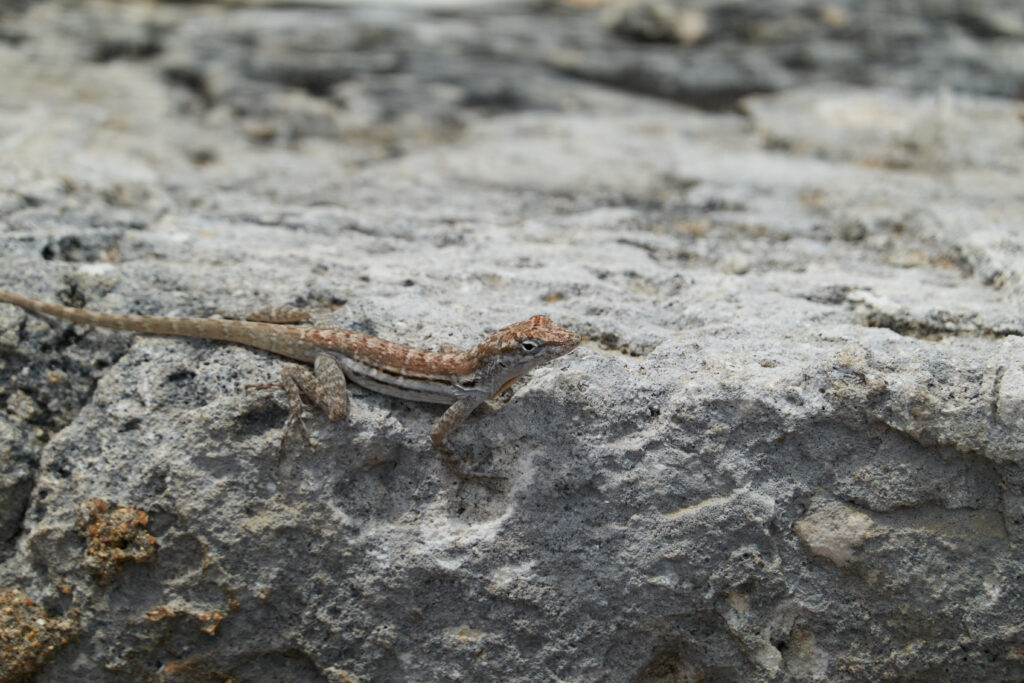 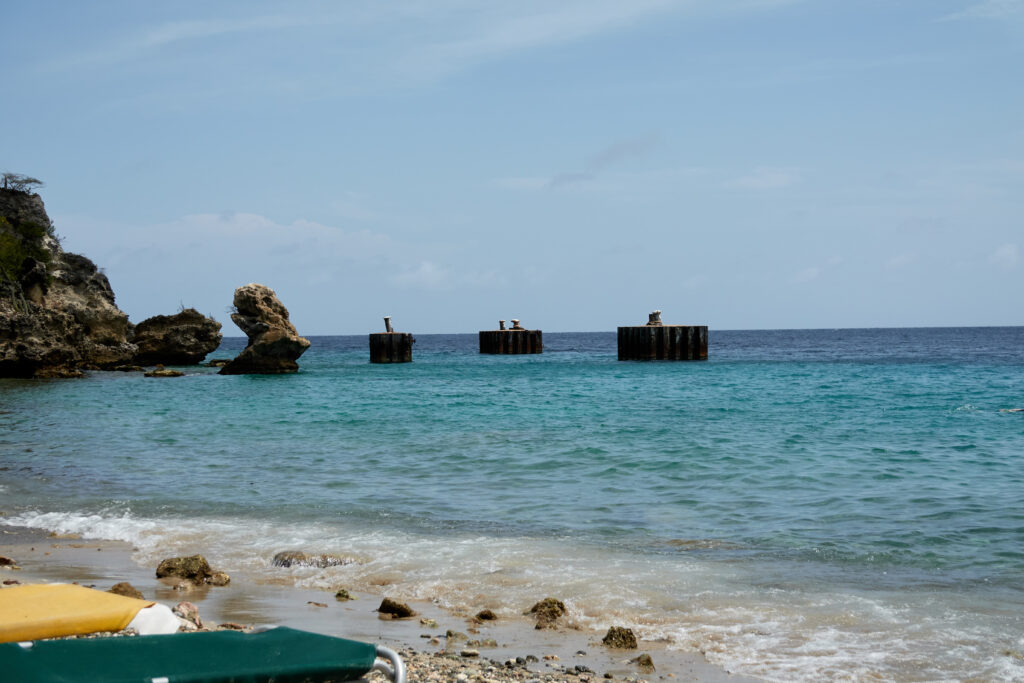 The rocks are rather nasty when you go into the water. Wearing some water shoes/socks is probably a good idea, but we took our full foot flippers, so its a bit of a matter of getting in deep enough that you can swim.

There were quite some fish in the water and also some koral, but we could not find the tugboat, we also had no idea at what depth it was … 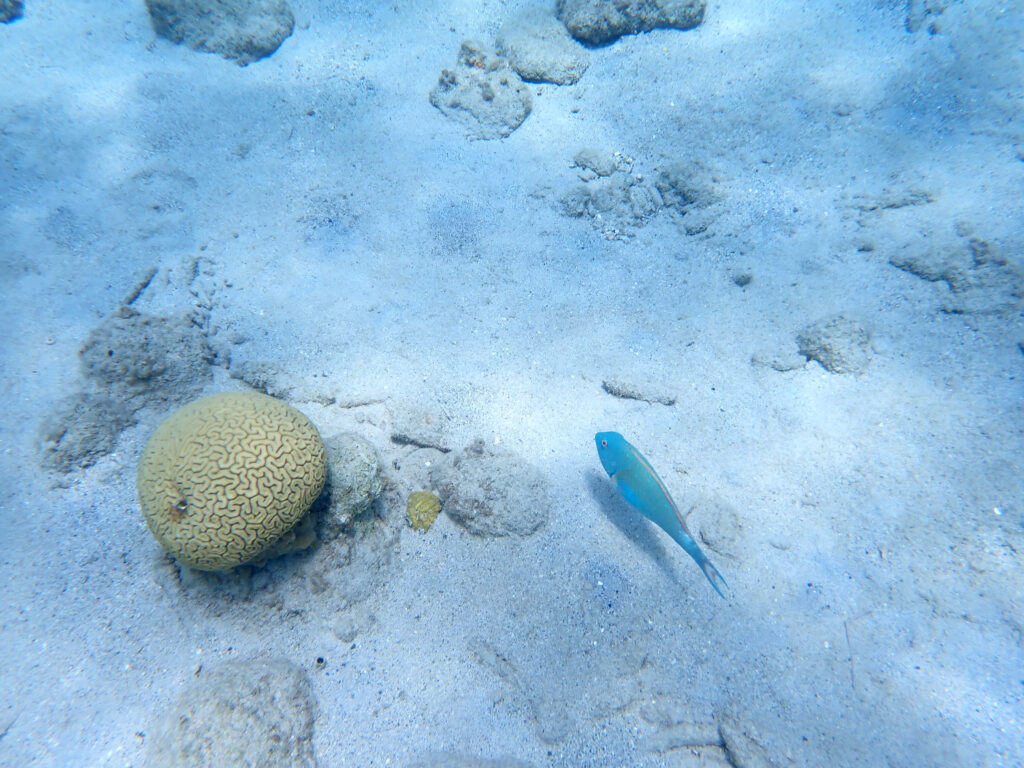 So we left the water again. Then I spotted some people snorkling near the three pillars in the photograph above (two photographs up). It turned out that the boat was there: 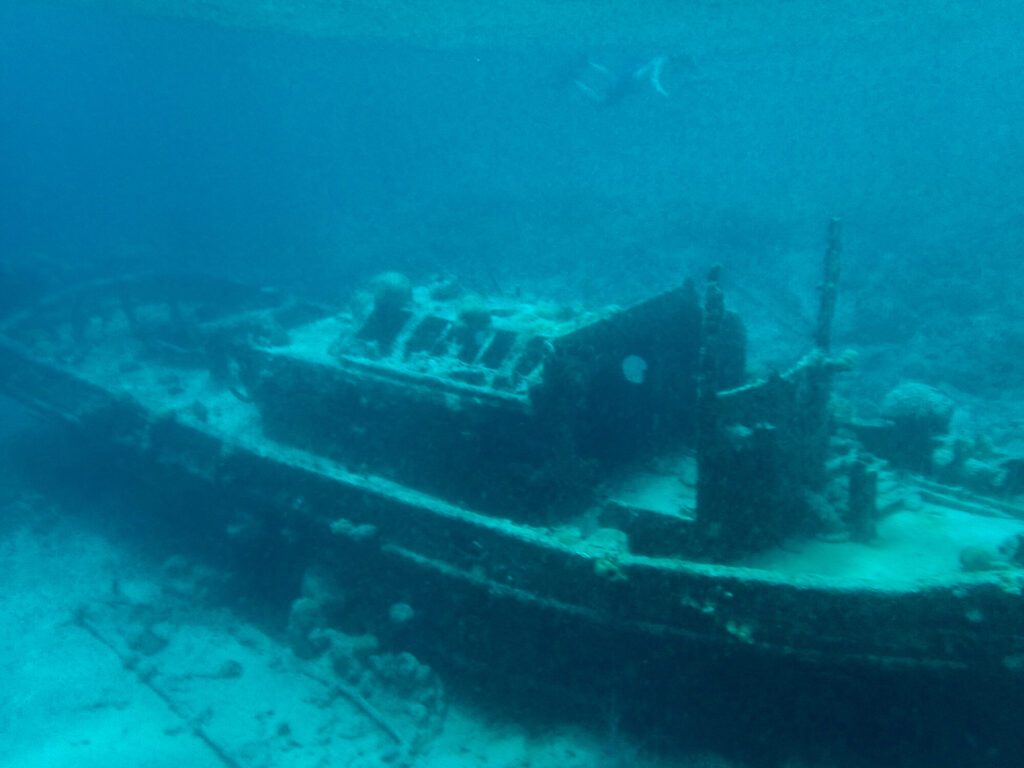 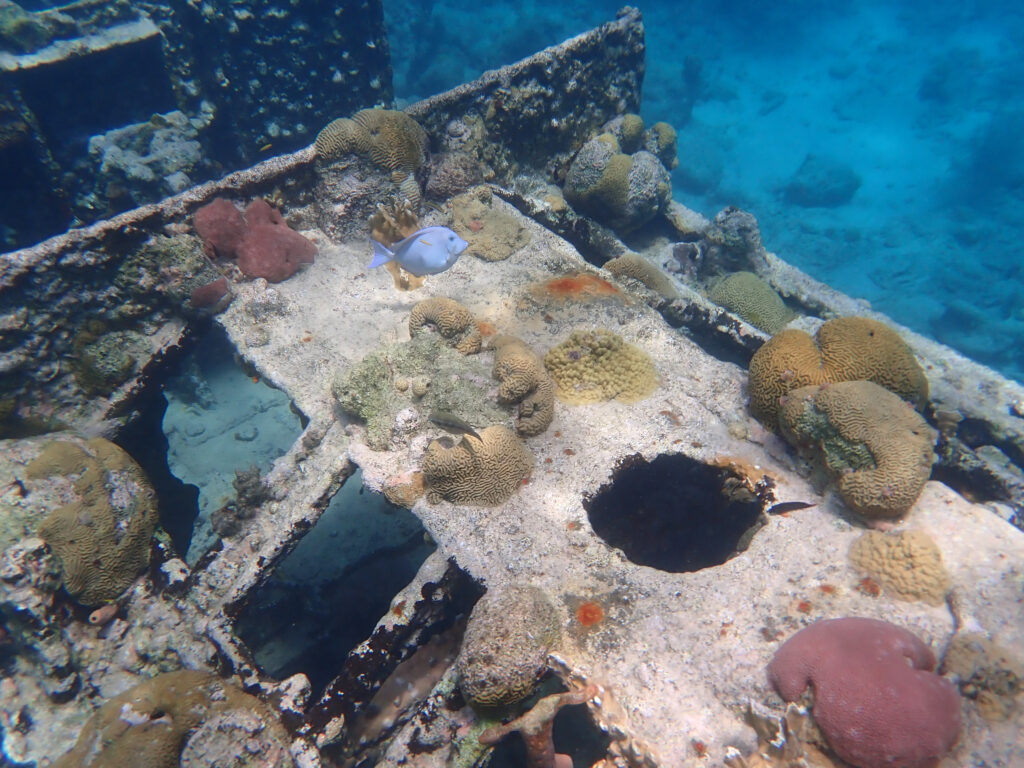 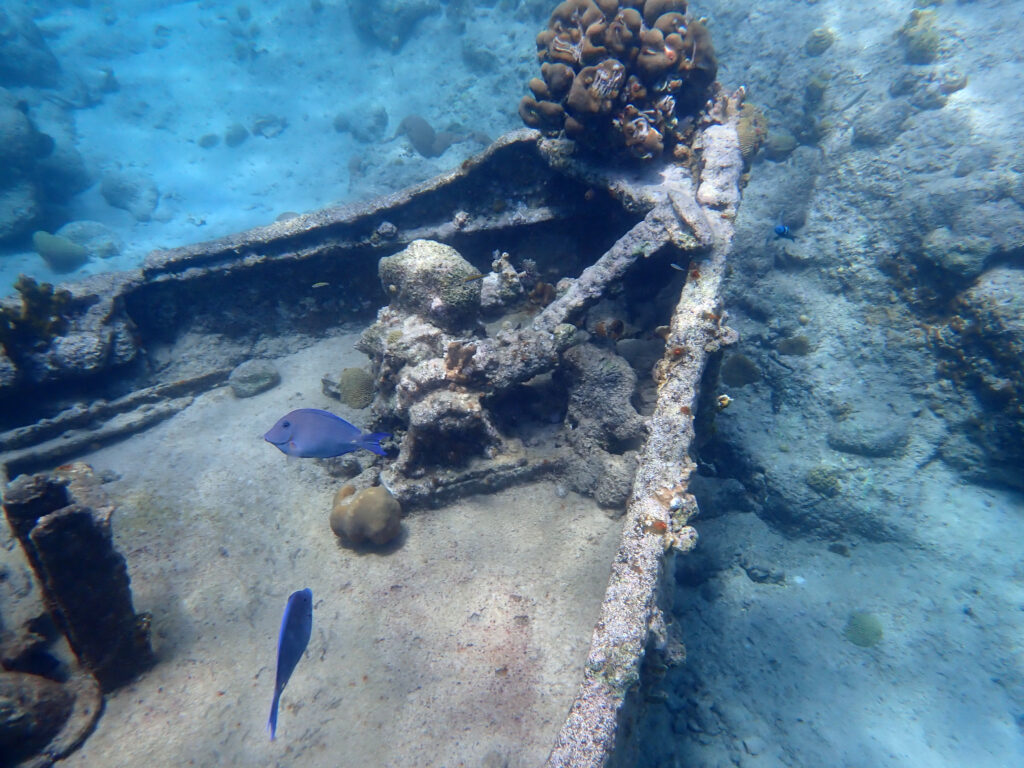 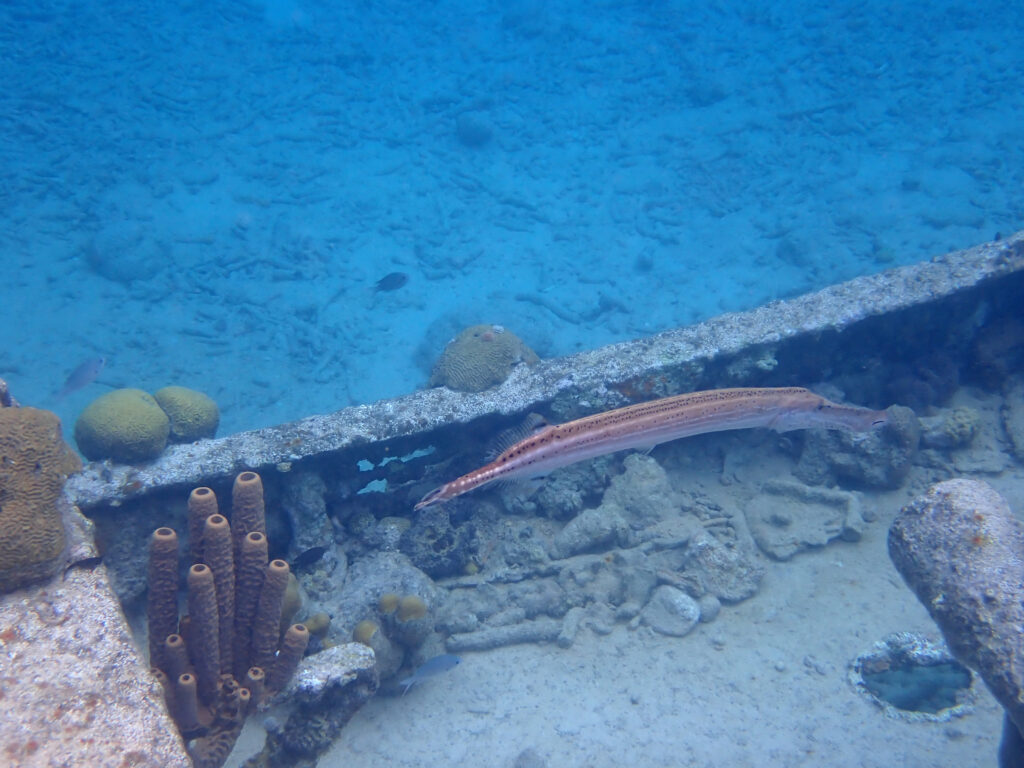 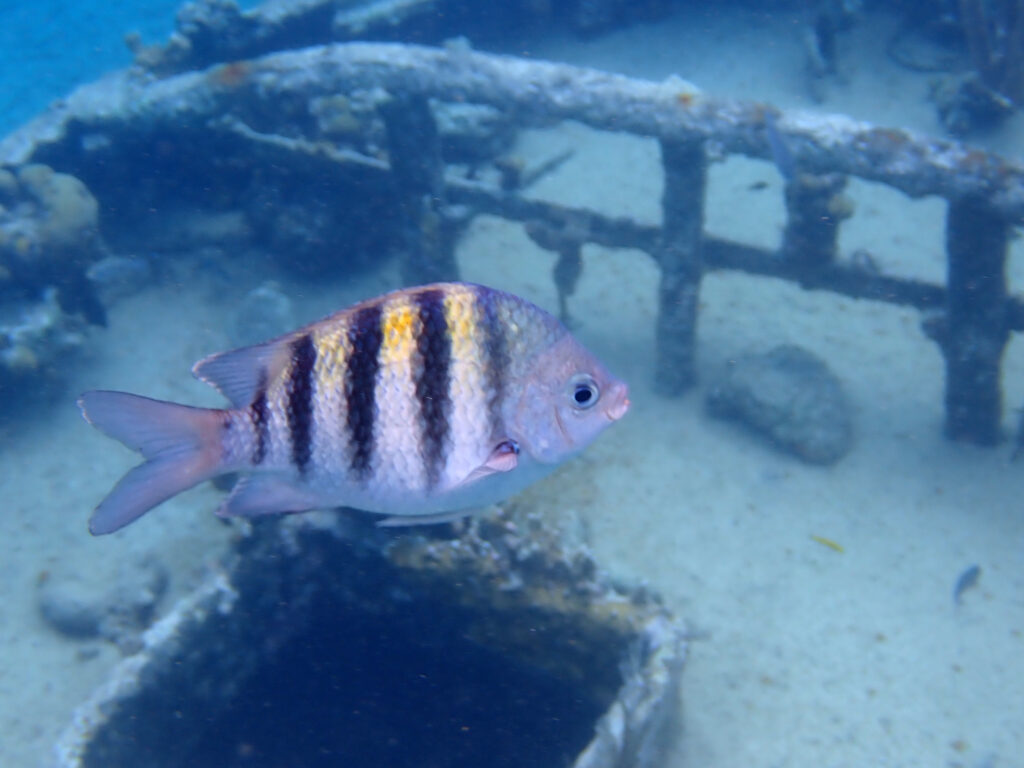 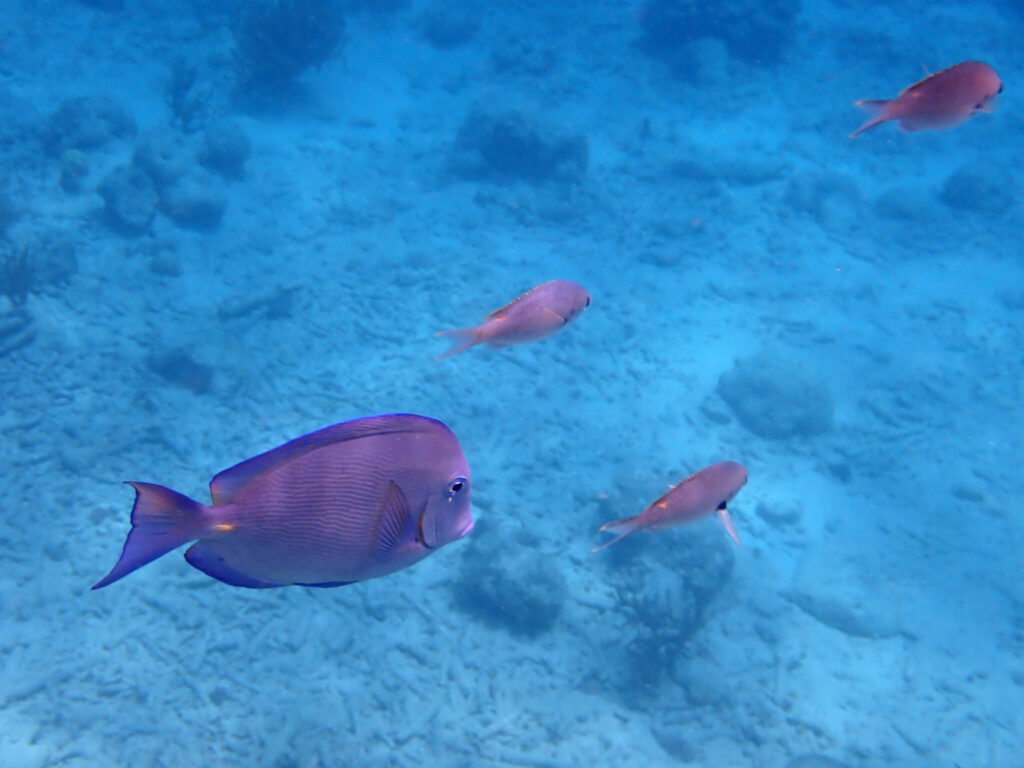 After I had a good look I swam back to the beach. Having flippers to go there is recommended. On the way back I madea photograph of some planted koral. I though the plastic bottles were kind of ironic… 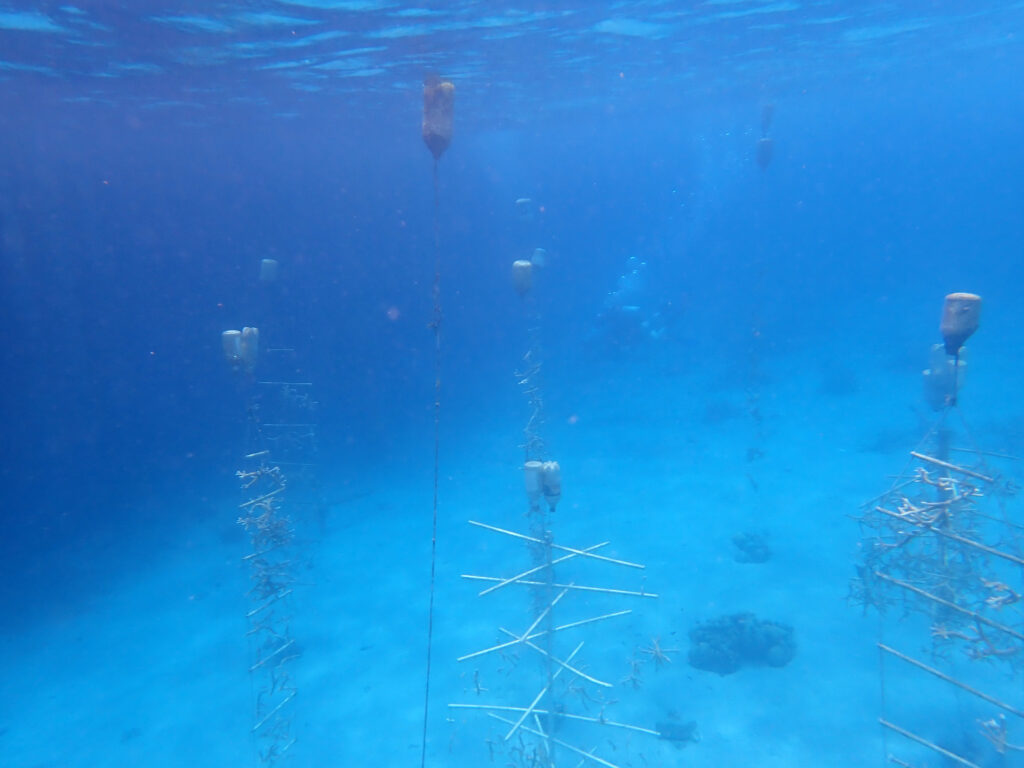 At night we went to eat at restaurant De Buurvrouw (N12.1971883 W69.0079517). It is inside a kind of big circular barn with a semi open outside. Nice atmosphere and really nice food, I can recommend the restaurant.