This holiday we can, in contrast to other holidays, get up at a reasonable time because our flight does not leave very early. We just booked some hotels and B&Bs on expedia and booking.com, booked two airplane tickets on klm site, and reserved a rental car at avis.

On the KLM all we saw that there was a disruption in the bagage system. Hopefully it is all cleared up and out suitcases do arrive. Its 25 deg Celsius today, so slightly warm to start traveling, but we do not really have a choice. We are taking a taxi to the train station and go by train to Schiphol. The taxi arrived a bit early, but we were ready so that was no problem. That actaully meant we got one train earlier to Schiphol, because we also took some margin to get to the train. So we got more than in-time at Schiphol, so we only had to drop off the suitcases as we already checked in yesterday. Then pretty quick through security. So everything went really smooth!!

Of course there is a downside, the wait is long, but eventually our plane arrives at the gate: 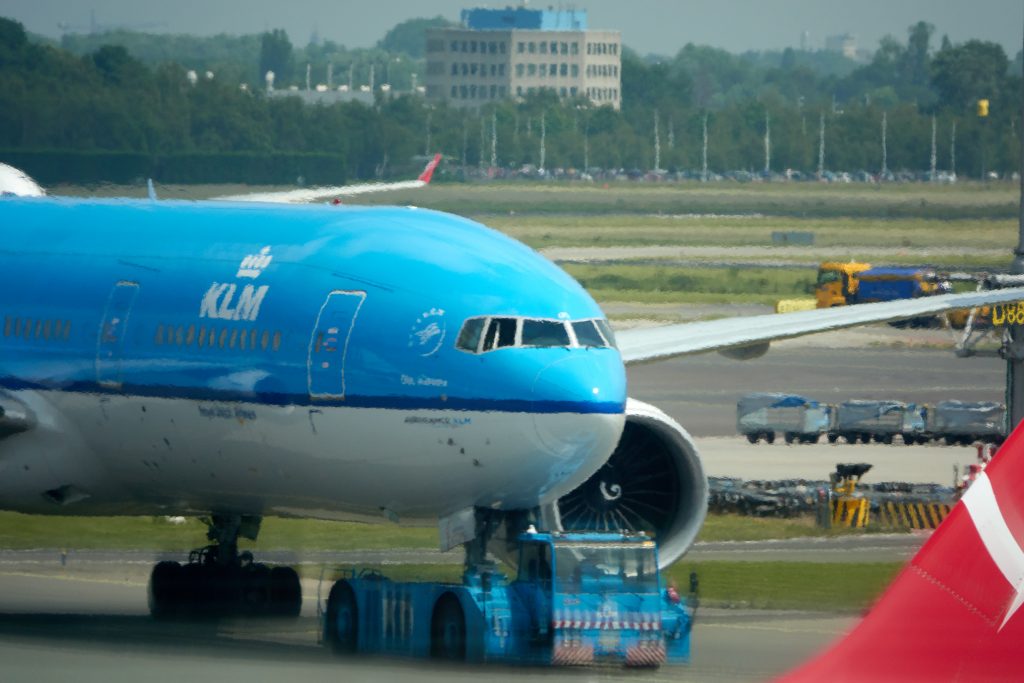 Its parked at the gate, but we are not allowed in yet: 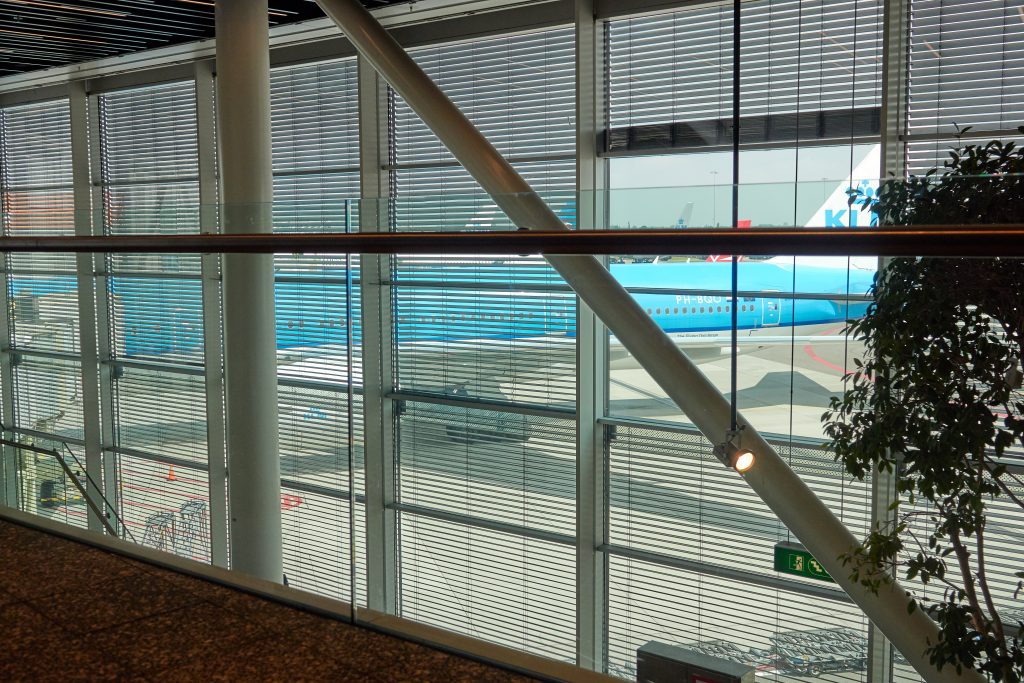 After we did get on board the PIC (=pilot in command, i.e. captain) comes on the intercom to tell that some passengers did not board and hence some bags need to be off loaded… 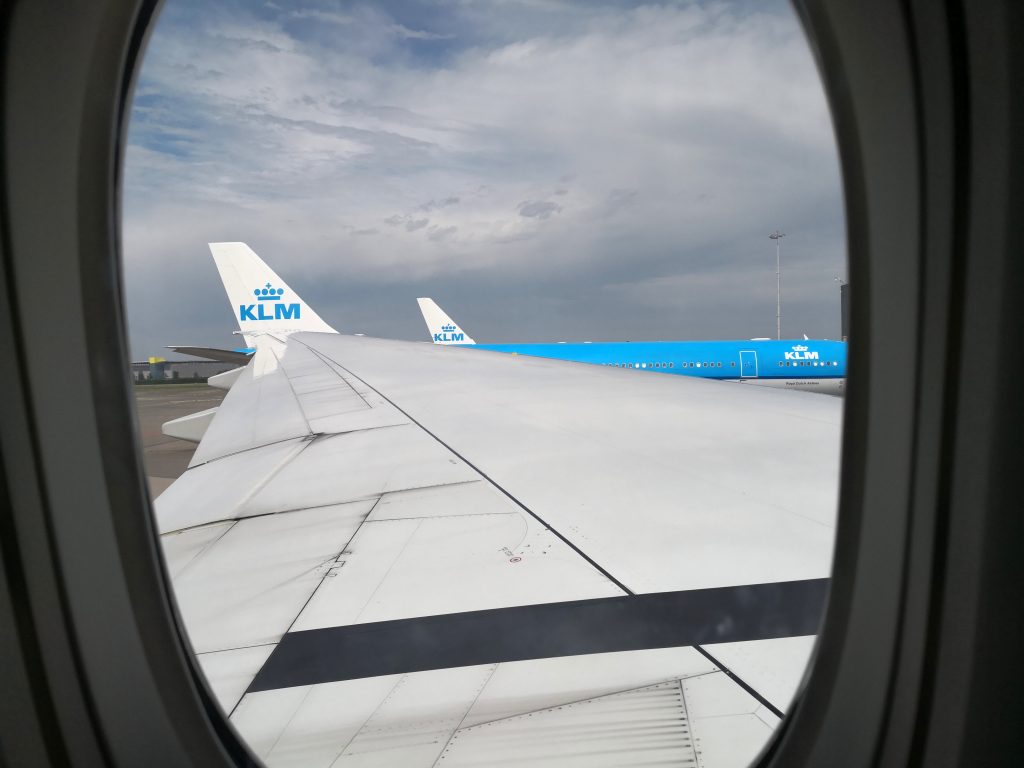 We are parked at stand E09: 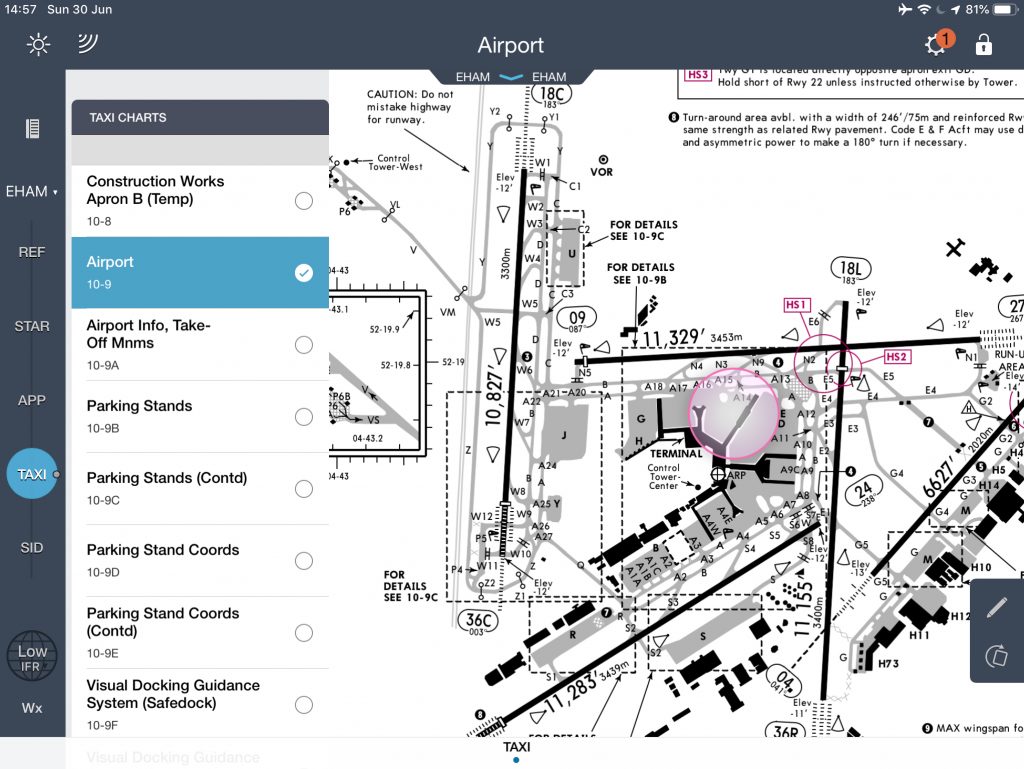 We taxi via taxiway A and D to do a line-up via intersection W1 to runway 18C. It looks like we flew a WISPA2X SID (standard instrument departure): 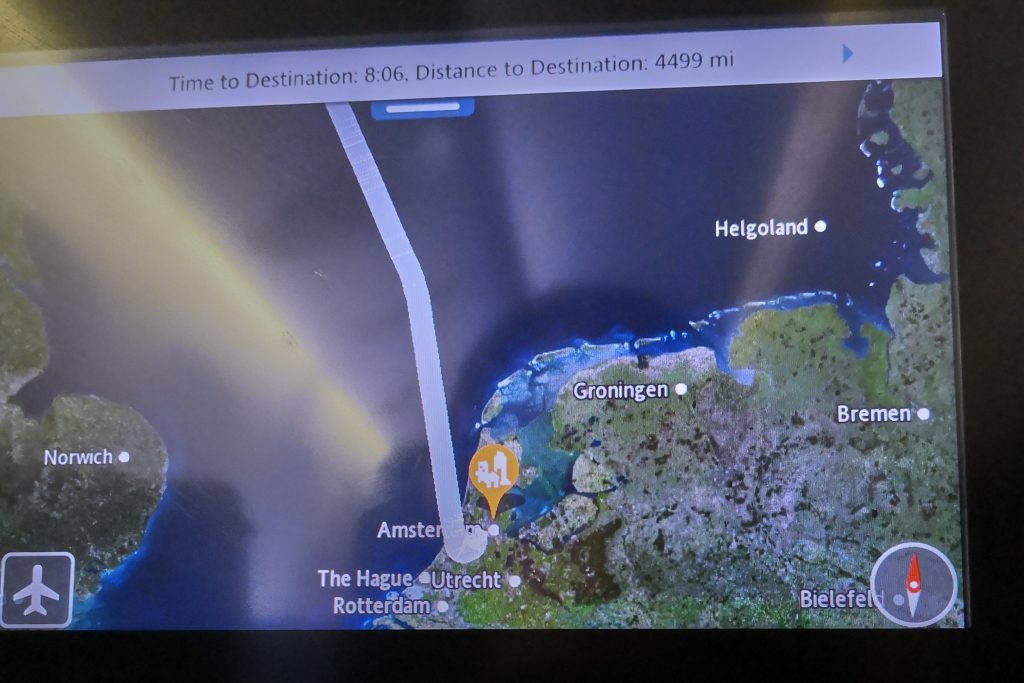 The rest of the flight is rather boring (as it is supposed to be if you not in the cockpit). I watched the movie about the band Queen.

We landed on runway 26R and take exit M6 off the runway. Once at the gate, everything goes pretty smooth again. After exiting the terminal we walked over to Avis to pick up the rental car. Really good service this time at AVIS (in contradiction AVIS iceland). We even got an upgrade offered to a Ford Mustang GT! However, Monique did not want to drive in it, and we could also get a Chrystler 300 (leader seats etc). So that is a pretty good upgrade. With this kind of service I can highly recommend AVIS.

After loading our suitcases into the car we drive to our first hotel. This is in downtown Vancouver “Lord Stanley suites on the park” (N49.293006, W123.135526). Not the most cheap one, but it is excelently placed. To get there we had to do a left turn from West Georia St., but we miss the exit then we had to drive quite a bit onwards to turn around as it was very busy on the road. Of course we did make it to the hotel and we checked in .

The view from our “suite” was rather nice, left you can see the harbour and right the high buildings of downtown: 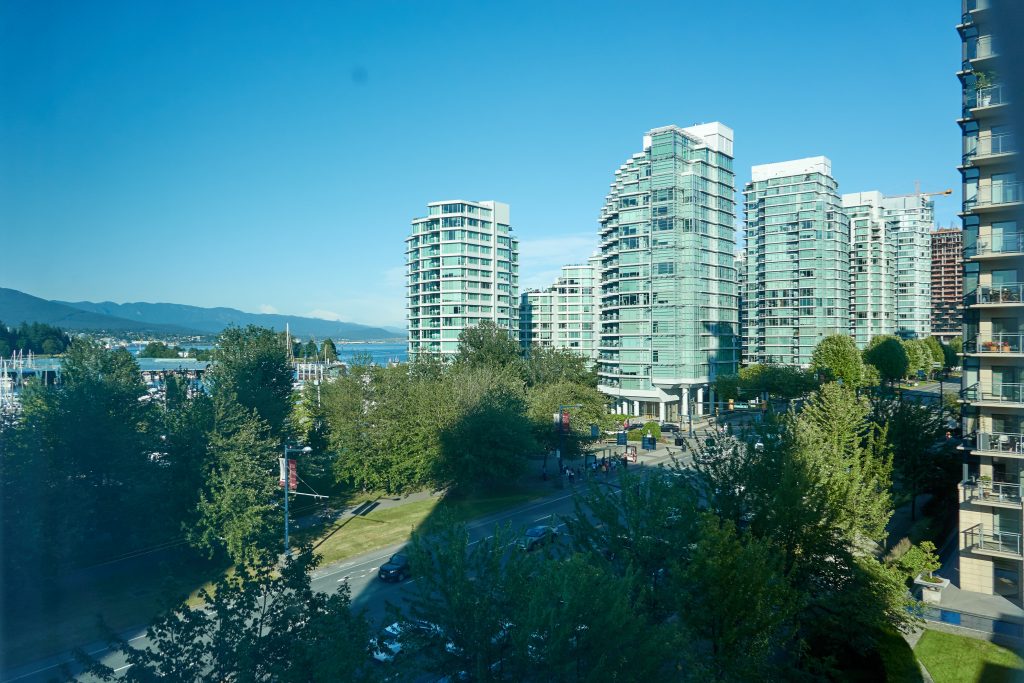 While unpacking our handluggage we discovered that we forgot something, the travel guides. So we did a quick check on the internet if there was a bookstore close by. That was indeed the case: Indigo-Robson (N49.283956, W123.123665). It was within walking distance and we bought 3 travel guids, one describing Britisch Columbia, one describing the national parks, and one of Victoria and Vancouver Island. The latter was maybe not needed, as the BC book also described Vancouver Island and Victoria.

Back in the hotel it was late enough to go to sleep.