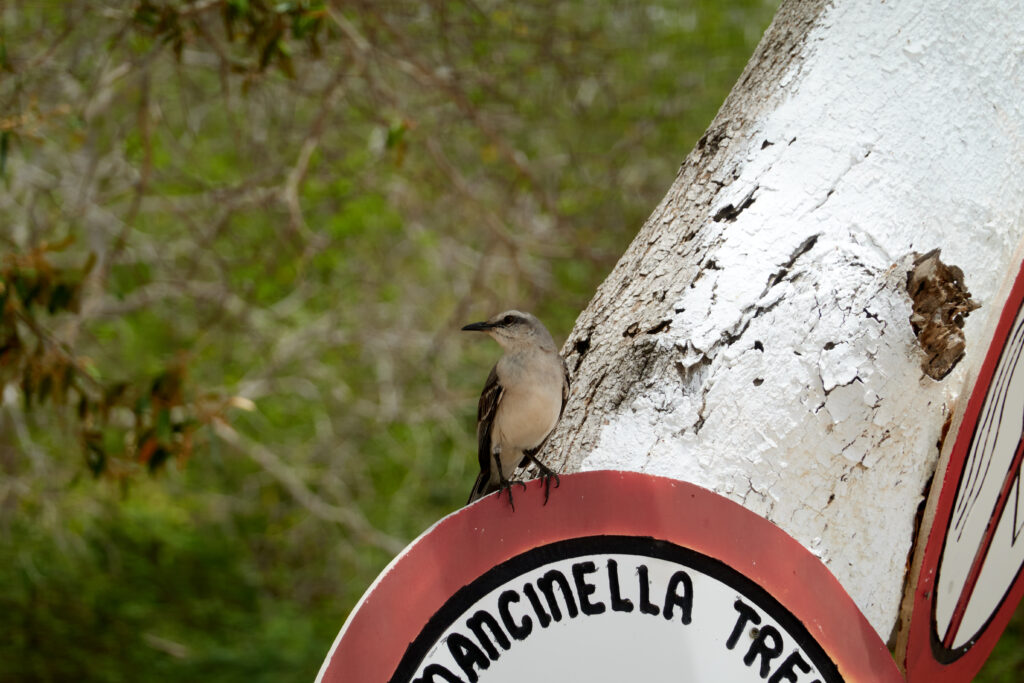 Also here there were these lizards. One of them had a piece of that poisonous fruit from the Manzanilla tree in its mouth:

Apparantly they are not affected by the poison.

There was also a turtle in a cage: 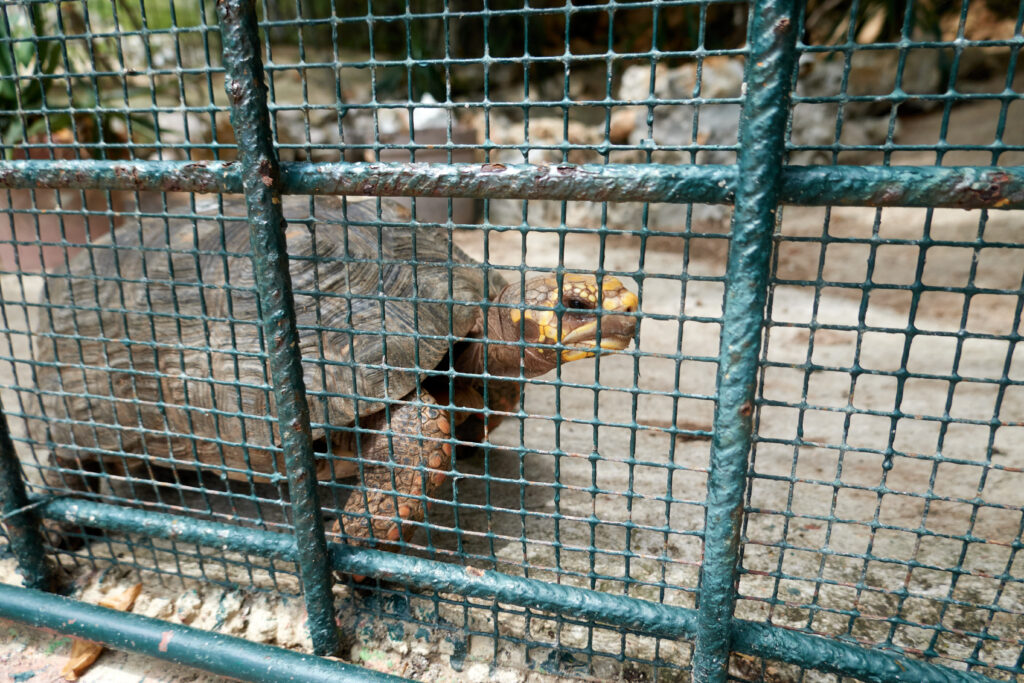 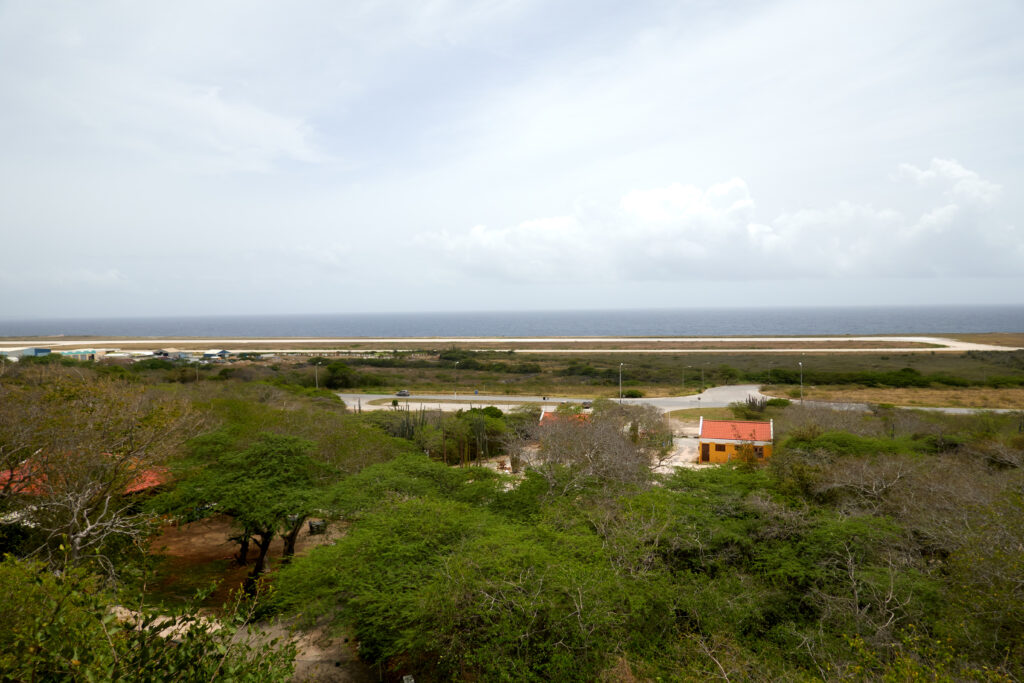 You can only enter this cave with a guide. In the cave we got next to thet tour also some explanation about its history. Apparantly the cave was used by escaped slaves to hide in. He also explained that in the first part of the cave you cannot take pictures because of the bats and because of the “rights” of the owner of the cave. It sounded not very reasonable as you can take a picture without a flash and I do not really get why taking a photograph would harm the rights of the owner. A bit further down the cave it is allowed to take pictures as there is some daylight, as a part of the cave ceiling came down: 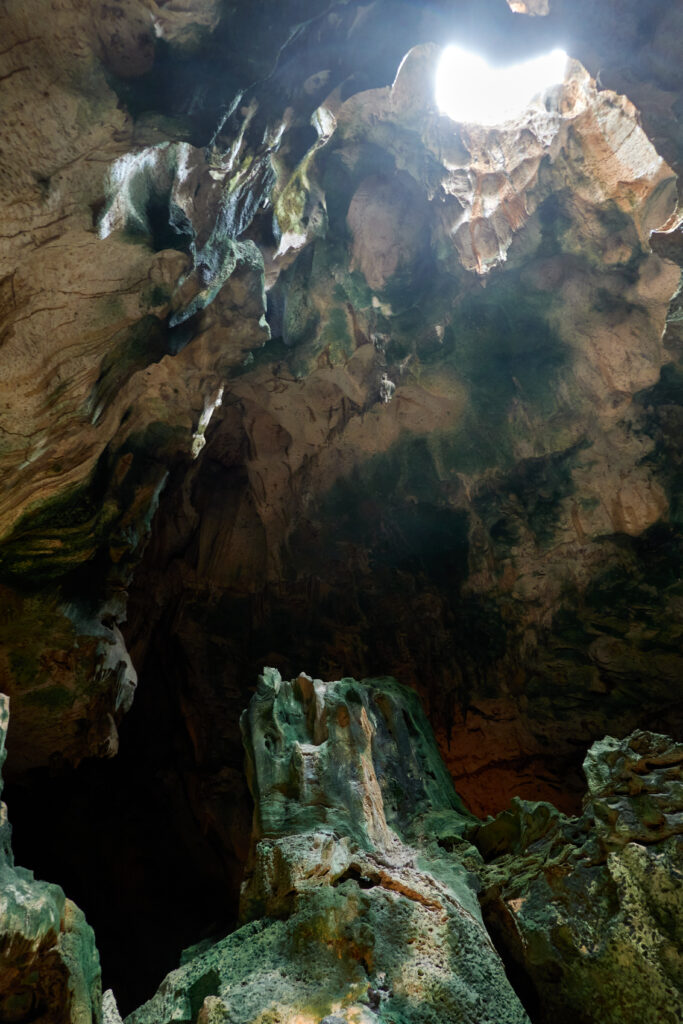 There are also stalagmites and stalactites. One is the shape of the head of a pirate: 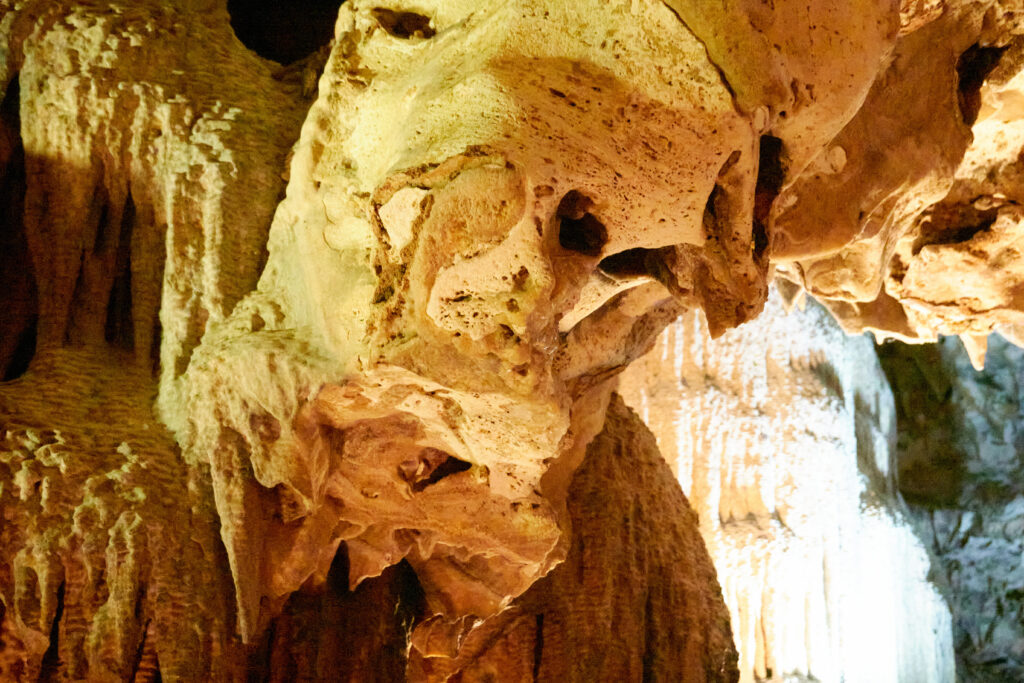 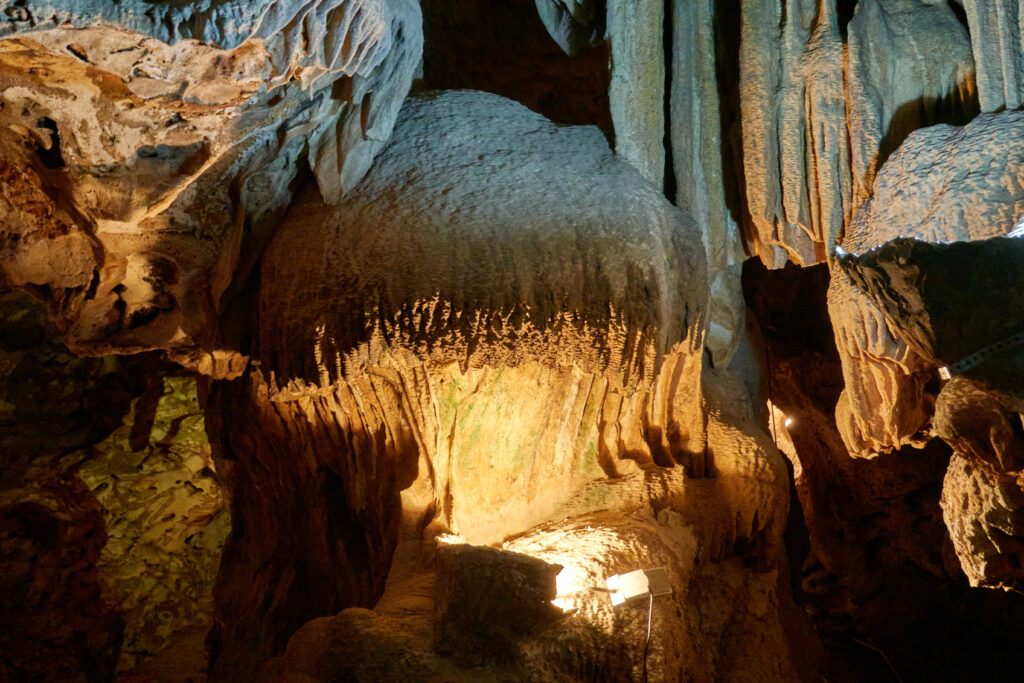 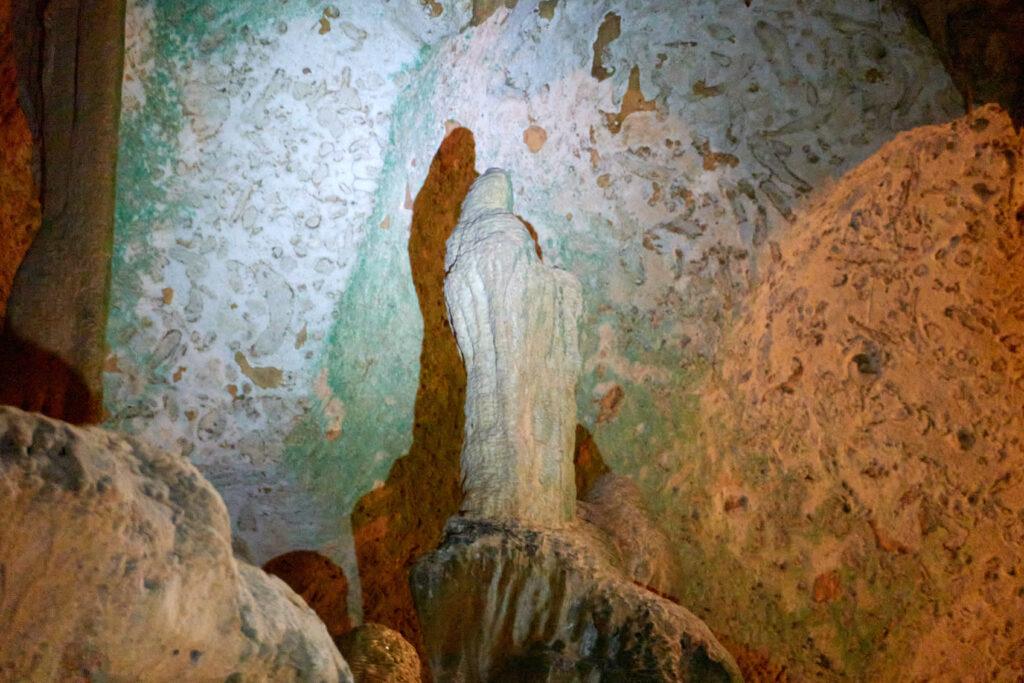 The cave as a whole was ok, not as nice of some of the other caves we have seen, but worth seeing.

On the same grounds there was also a walking trail which took us past a numebr of different trees, plants, and animals, e.g. a termtie hill etc. We came across a small remarkable lizard with a yellow flap (N12.179095 W68.947345): 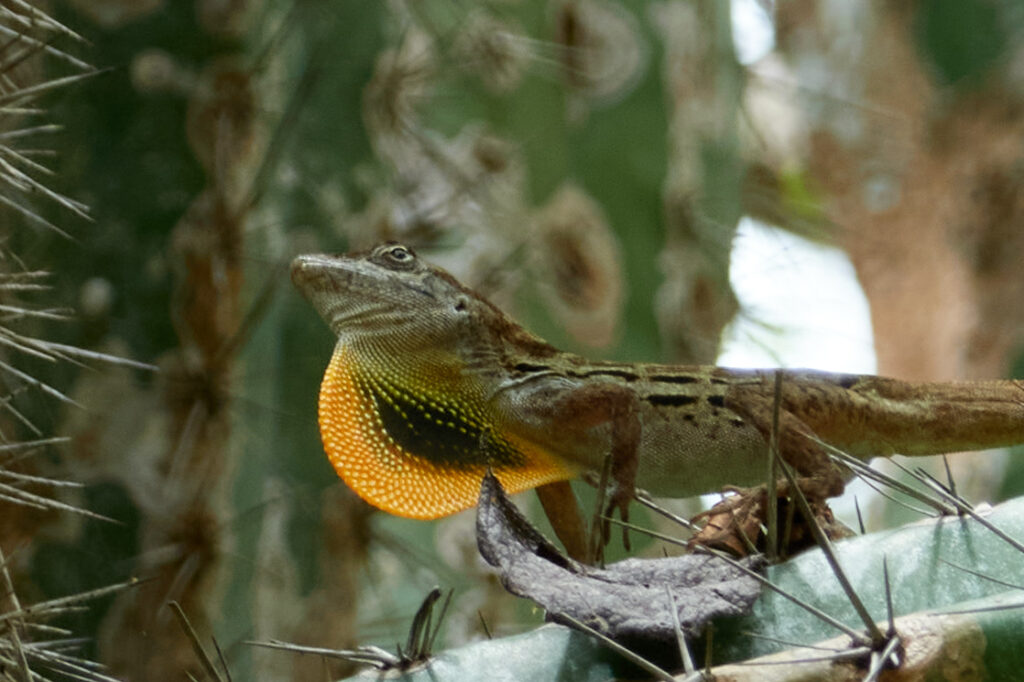 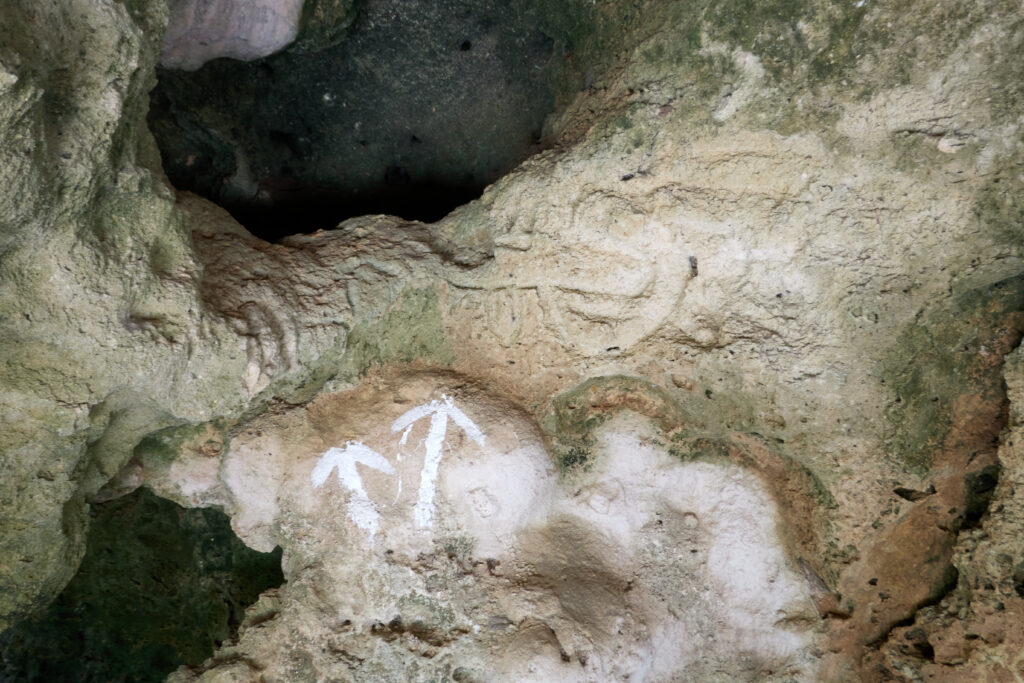 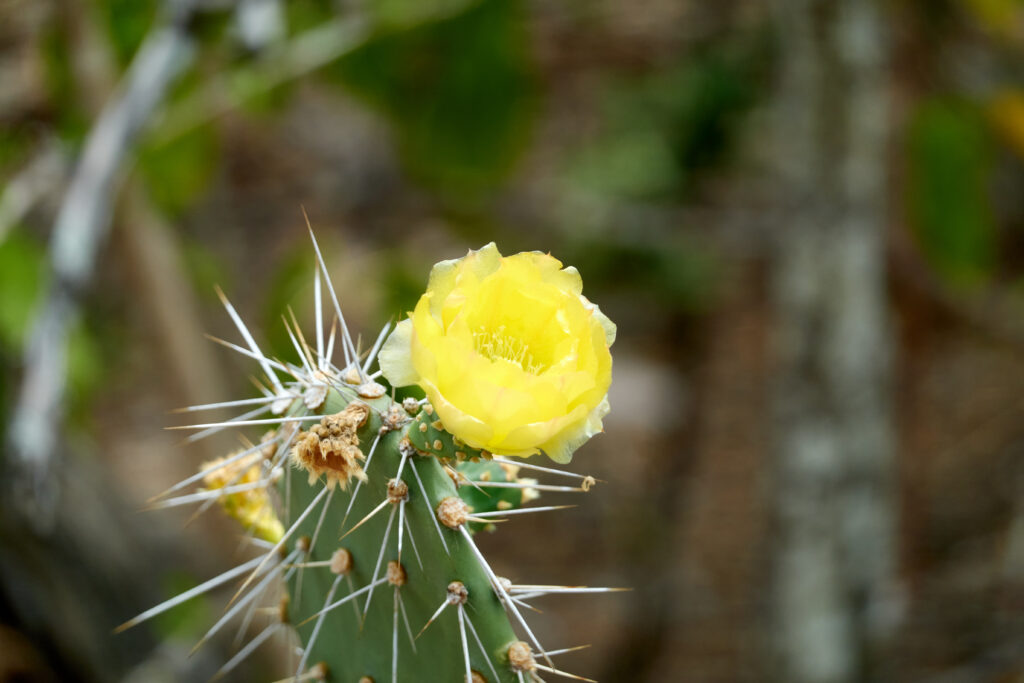 After we complete the trail we went back to the car. We decided we wanted to try and spot flamingos again, so we went to the salt lages again. We went to a different one this time (N12.1562017 W68.987083). Here there were flamingos: 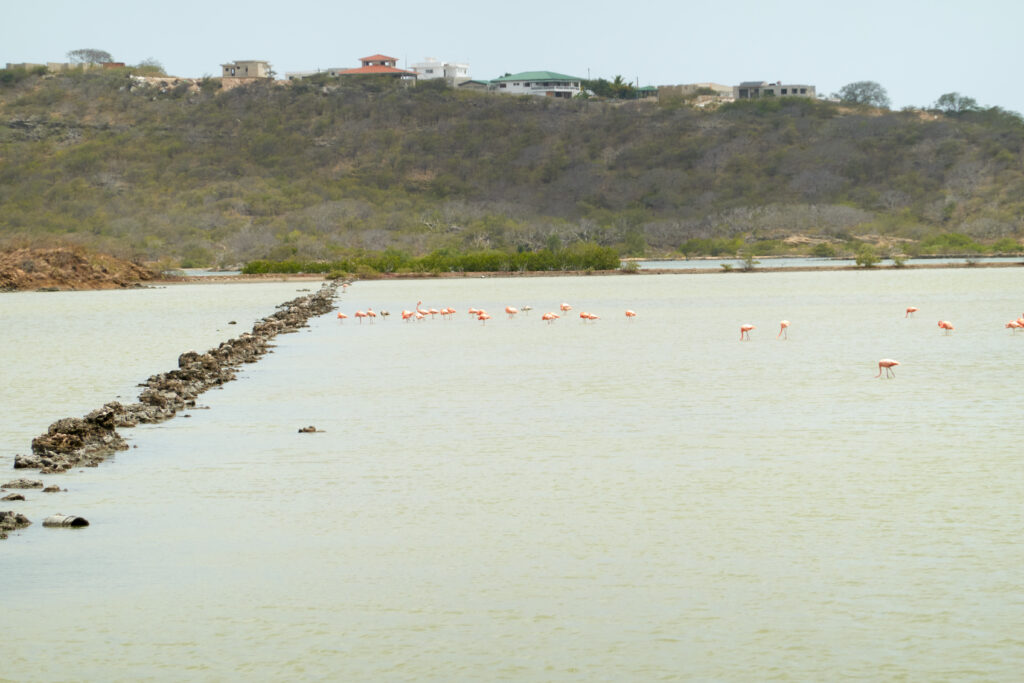 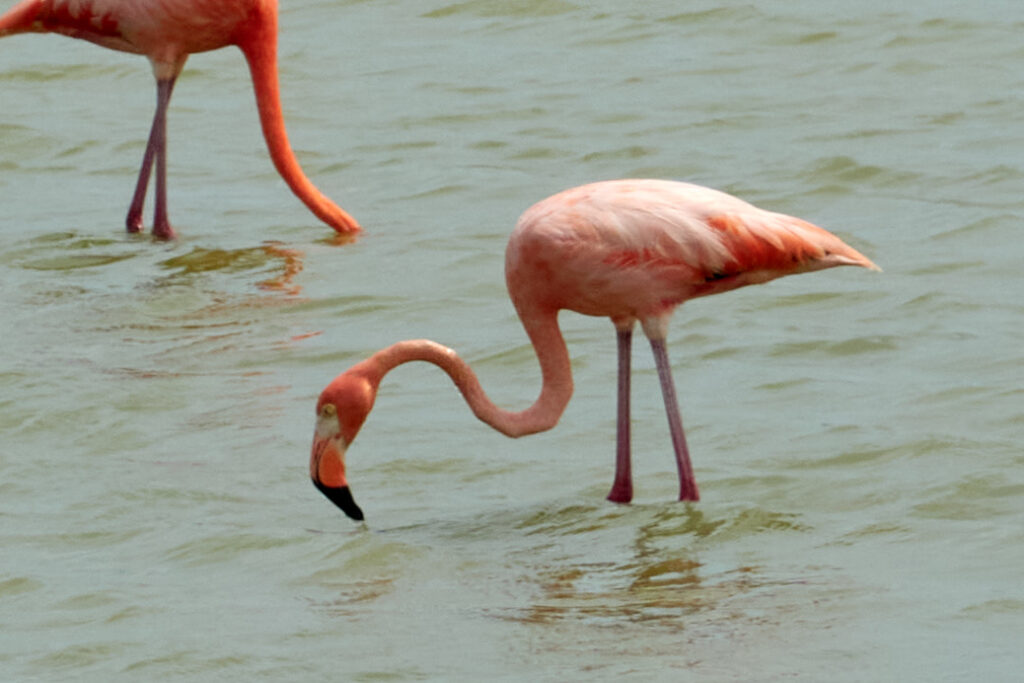 It was kind of difficult to shoot a nice picture. We ended up walking a long way past the lake, but if you get too close they fly away. On this occasion I miss my RX10M4 which we left at home with that I could have gotten a better picture. But still was not too bad.

Other than this we did not see anything really exciting anymore. At night we went at around 6:45pm to Fort Nassau for dinner. We reserved there two days al the way at the tip of the fort (N12.11532 W68.92743), such that we have a goo view of the surroundings. Unfortunately there is a cloud cover so we cannot see the sun set. We do have a good view over downtown Willemstad: 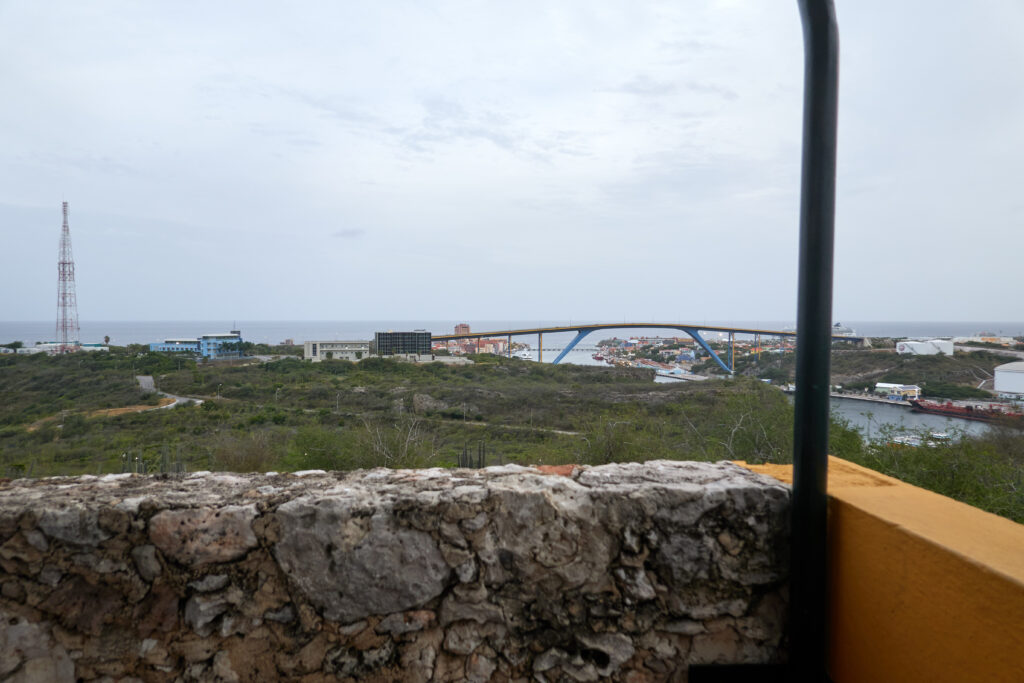 After sunset we could really see all the lights of Willemstad and the refinery very well: 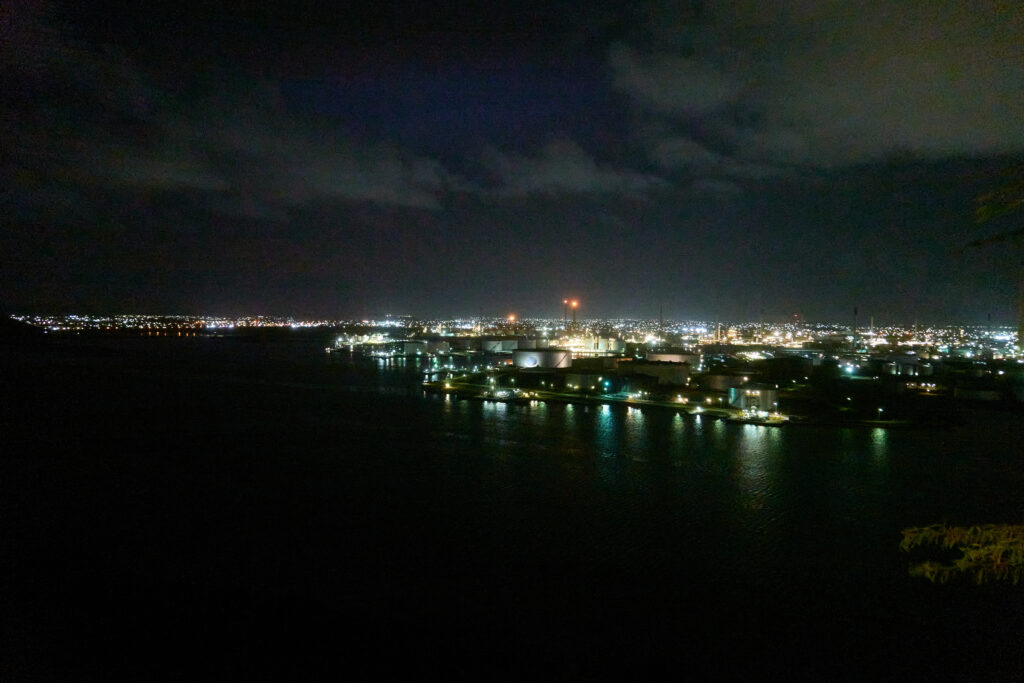 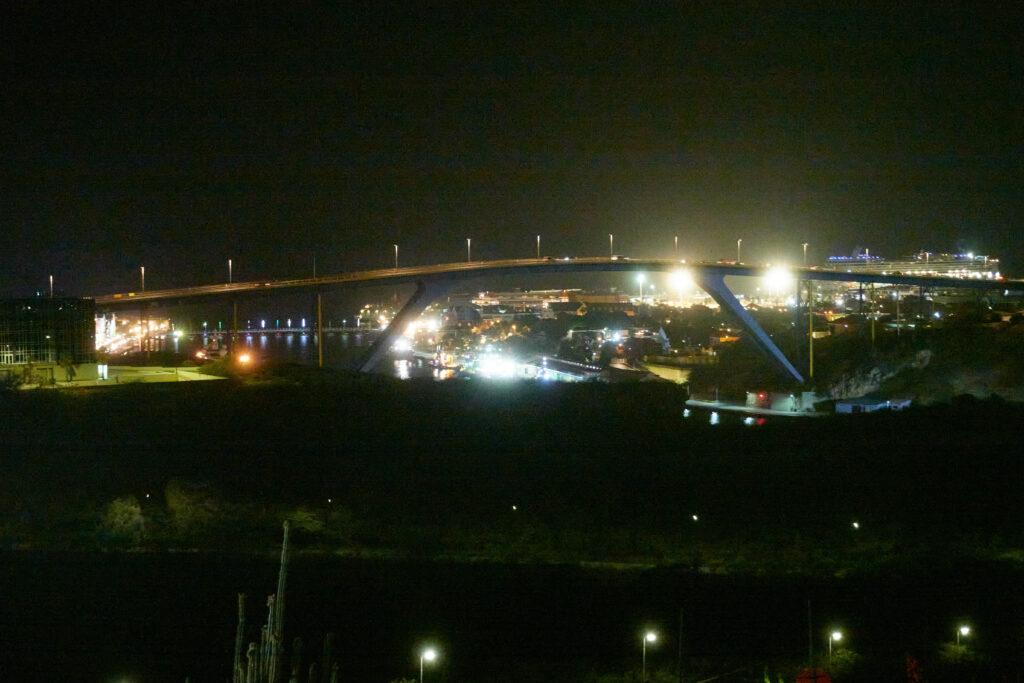 Diner itself was a let down. I had the salmon but that was really too well done, hence it was really really dry. Monique had the pork loin. That was also really too dry. It was also rather expensive there. So especially for that price it was really not good enough. The only reason to go there is for the view, but I would never eat here again.