Today we went first to Christoffel national park (N12.3504634, W69.1066791). You can climb the Christoffel mountain. This is rather a difficult climb mostly due to the Curaçao climat. We decided not to climb it, but there are enough other things to see. There are two routes you can drive with the car. So we did that instead.

We first took the route which goes to the mountain. There are some steep parts. Do not stop there or go too slowly causing the engine to stall. Along the way there are different viewing points. I made this panorama on one of the viewingpoints (N12.3635217 W69.1249383):

A bit on the right of this photograph you can see the Christoffel mountain. Zoomed in on the mountain: 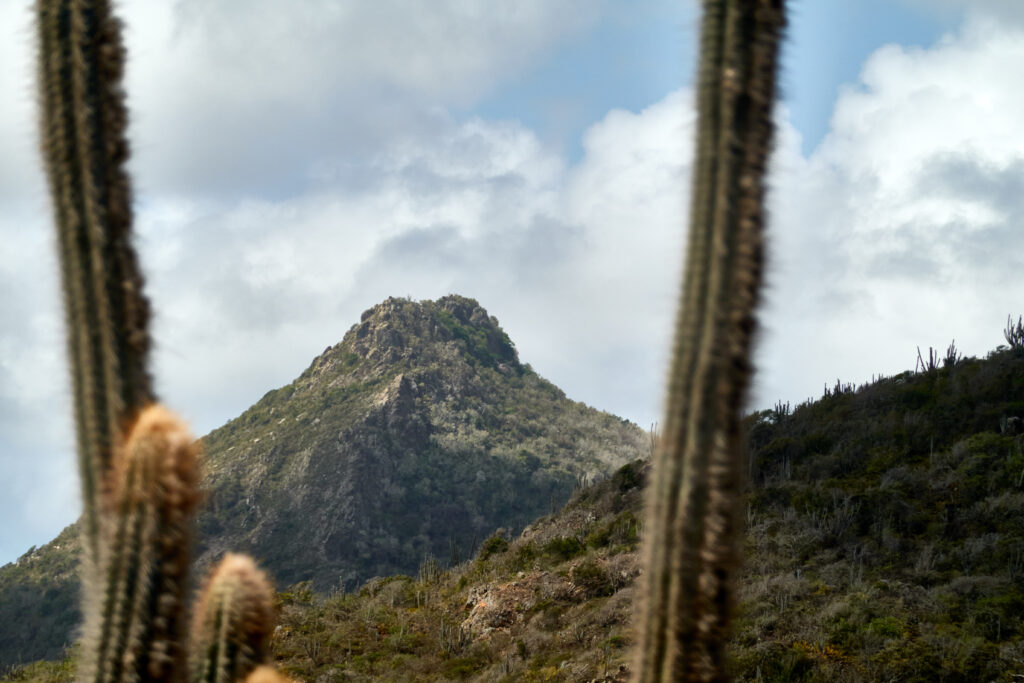 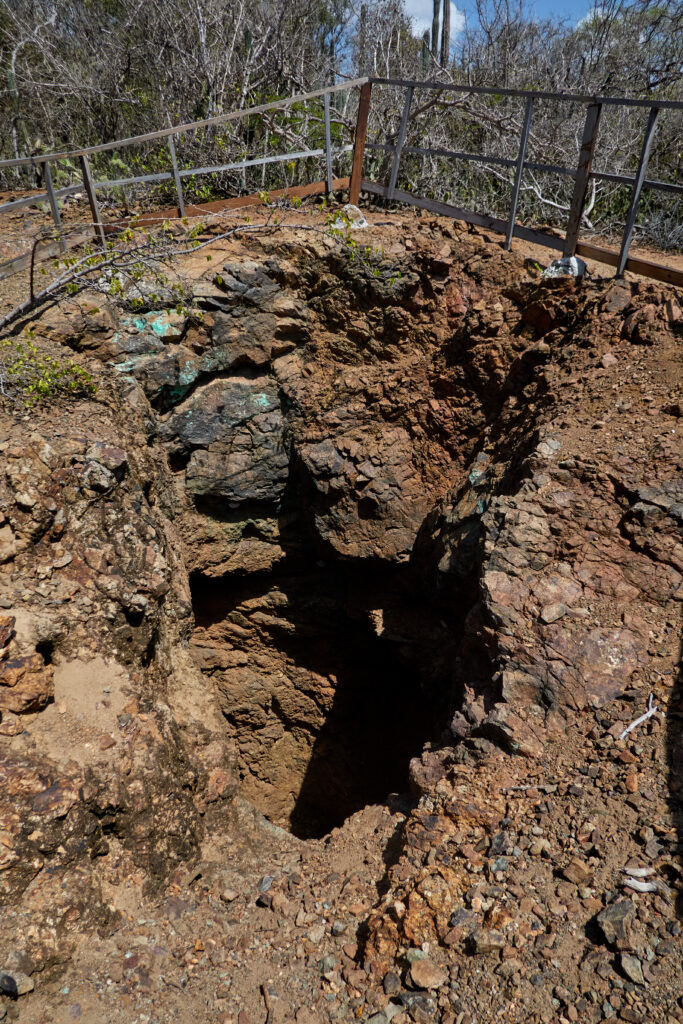 This time it is sharp on the photograph, but there are some branches in the shot.

Once back at the visitor center to get a token to pass the gate I found out I lost my sunglasses somewhere. So I asked if they could keep an eye out if somebody found it and if I could go the same route again. So we did the same route again (although we did take the short cut) but I did not found them… 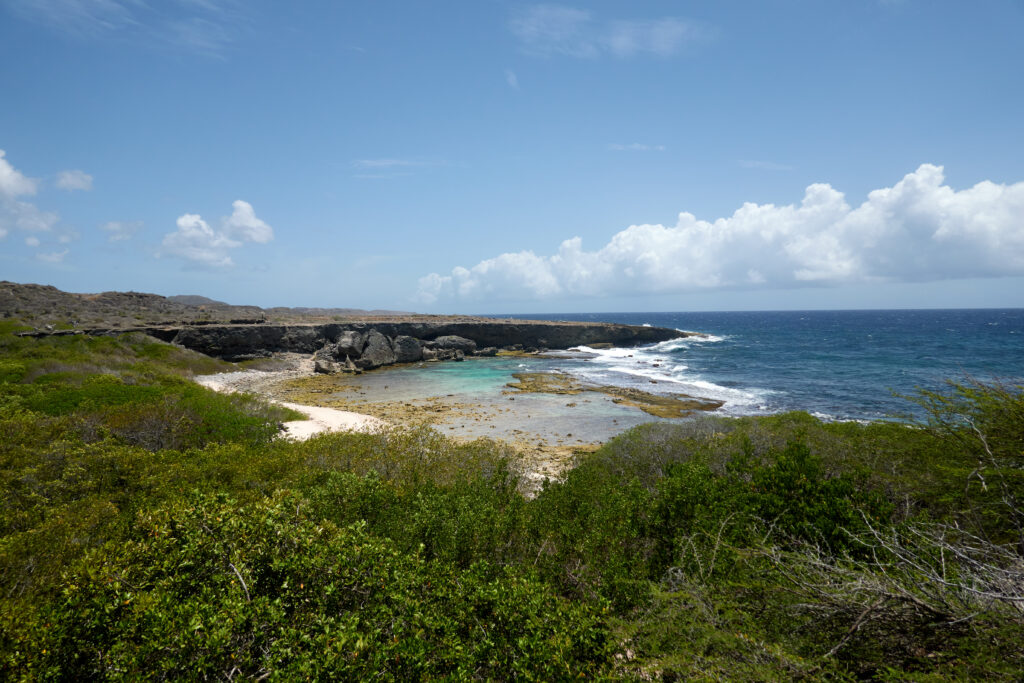 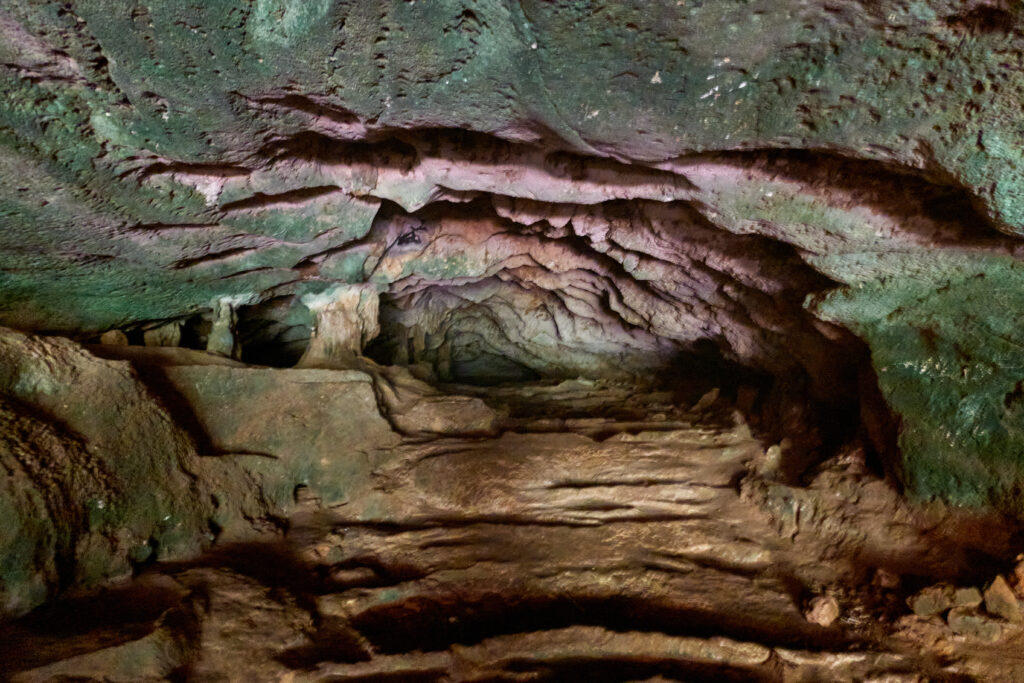 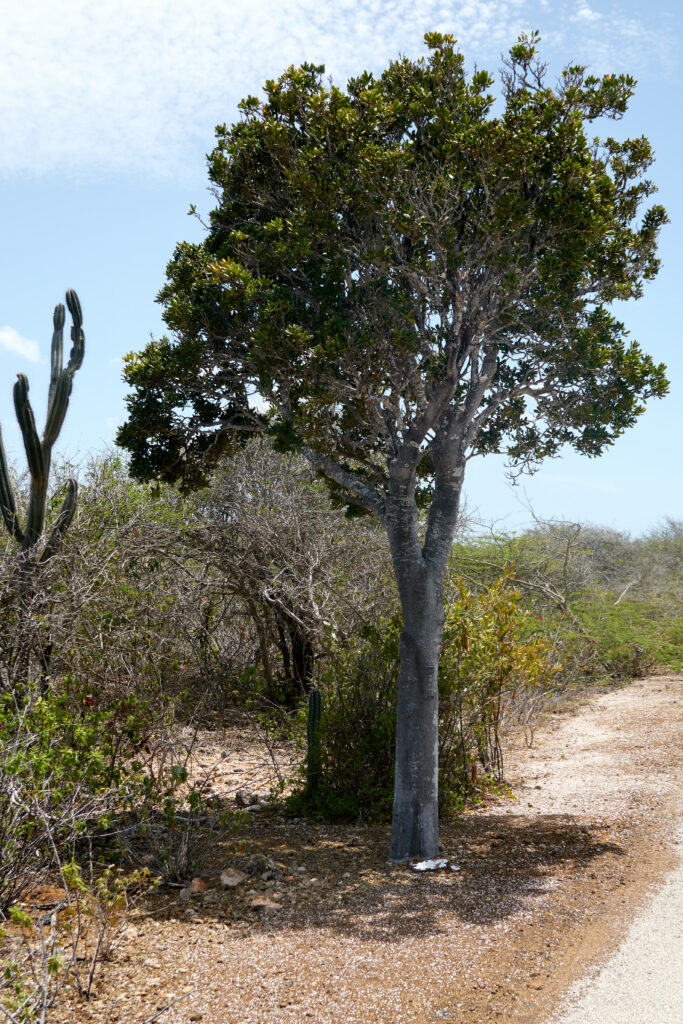 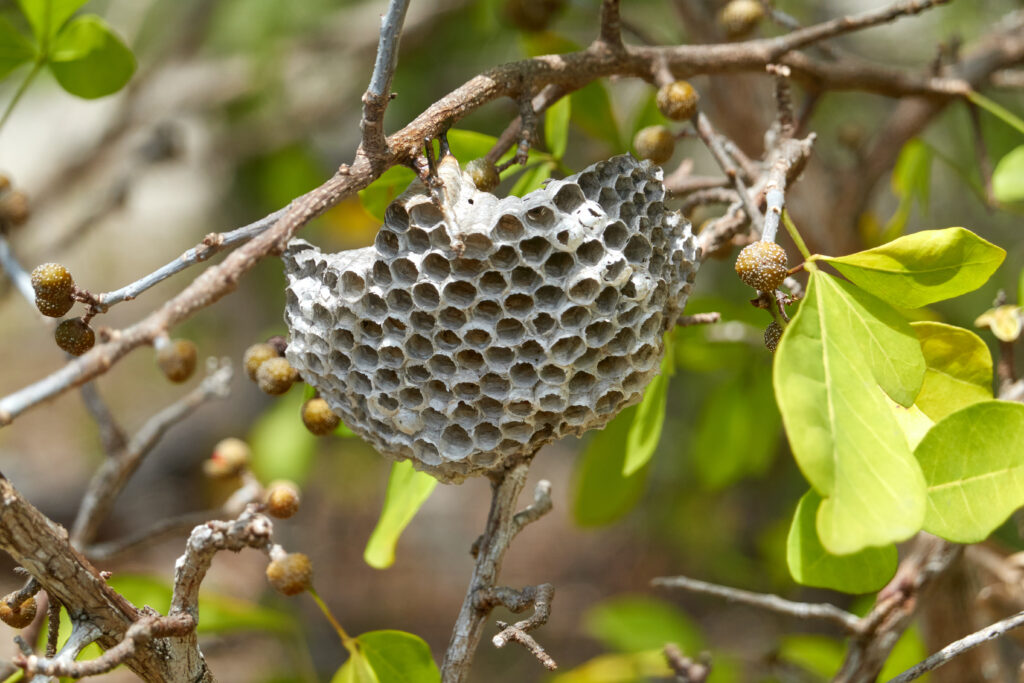 Once we were back at the visitor center I asked again if anybody found it. Unfortunately this was not the case. I did leave my phone number but I had little hope. 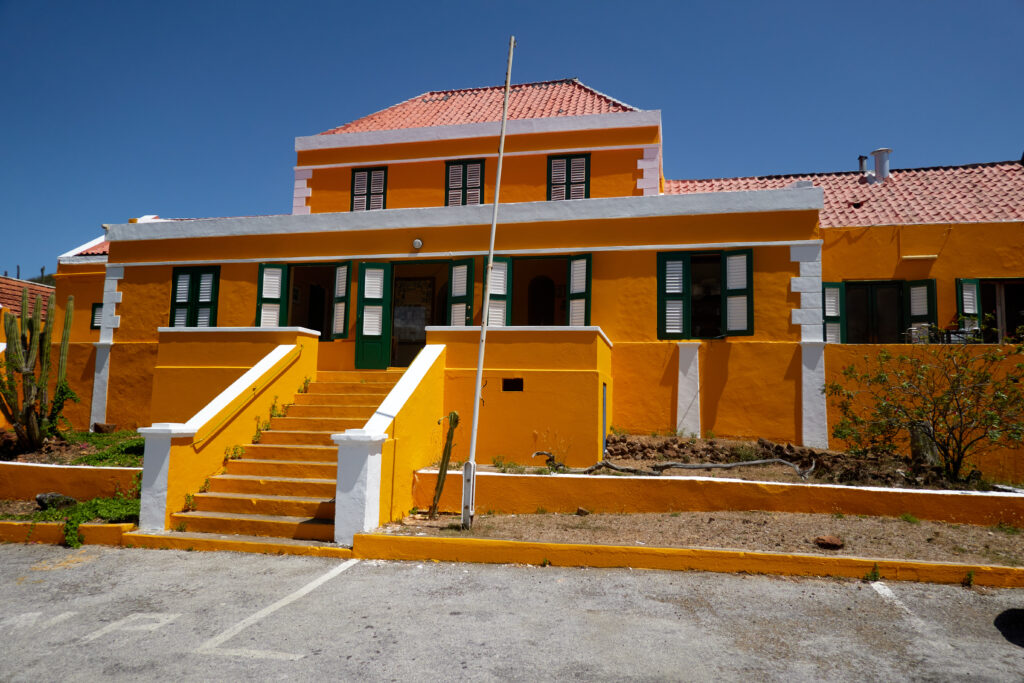 There is a restaurant in this Landhuis now. It did not look very attractive to e.g. drink something there, so we left again.

At night we had some fries and a snack at Frietboetiek Jan Thiel. Typical dutch cafetaria, where you can get all the usual snacks. The fries were nice.