Today we got up even earlier than yesterday, at 2:45am… We will be picked up at 3:30am to go with the bus to Luxor. This time we are picked up with a large bus, same type as the bus we got from the airport. The seats in this bus are not really made for my length. If I sit upright then my shoulders are pushed forward by the headrest part of the chair. Really not ideal. After stopping at a few other hotels to pick up more people the bus continued driving north. At about 8am we stopped at a coffee shop: 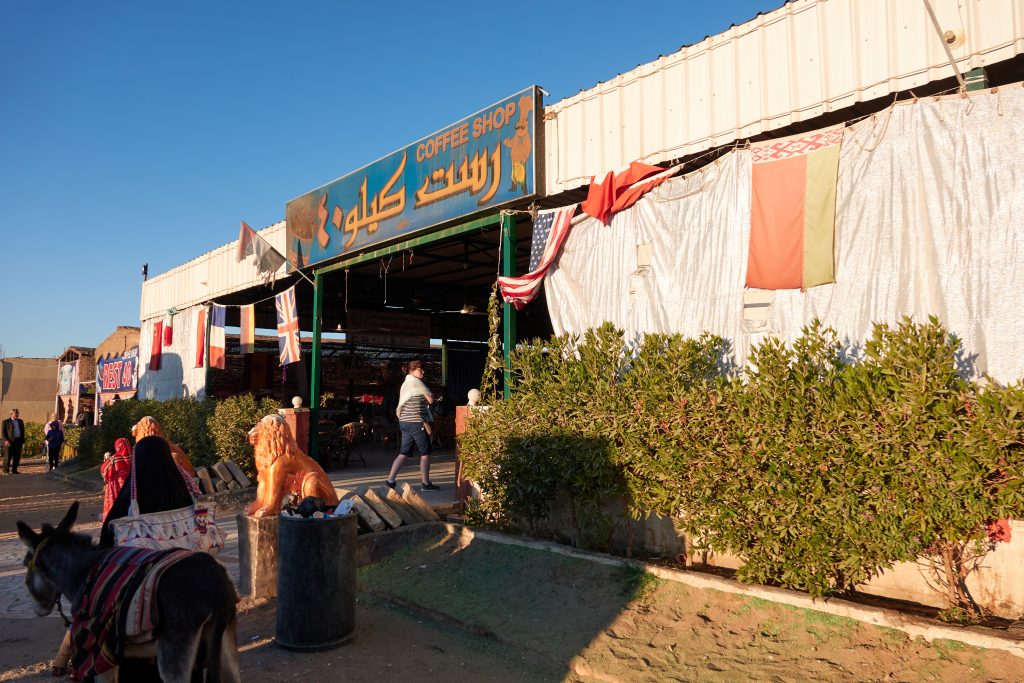 Not the typical dutch coffee shop though… 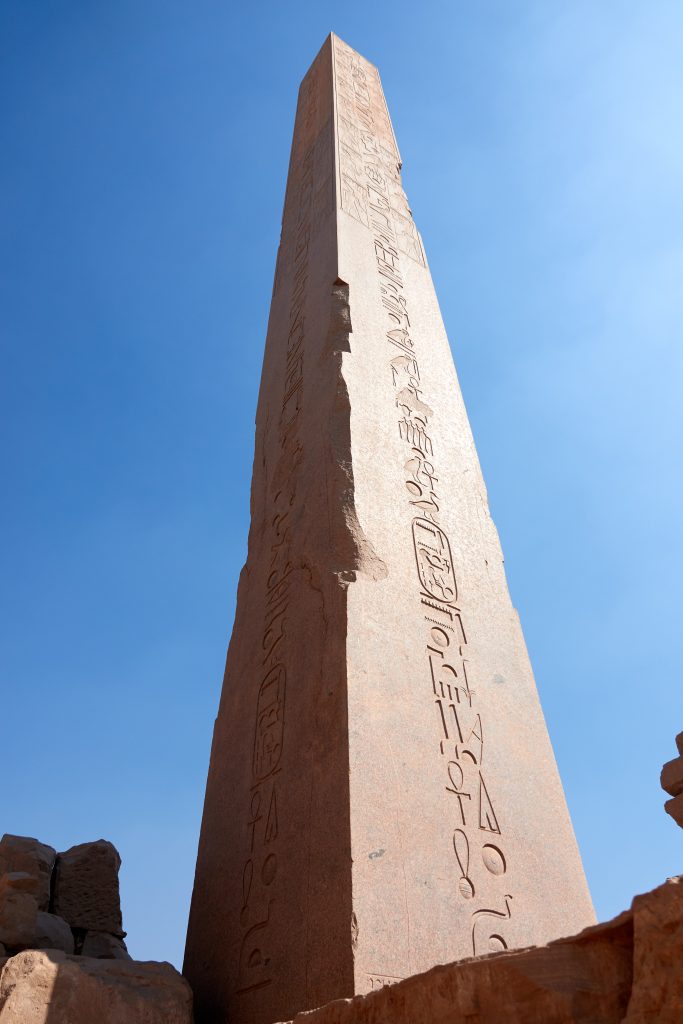 High pillare with paintings. On the bottom side the colors are still clearly visible: 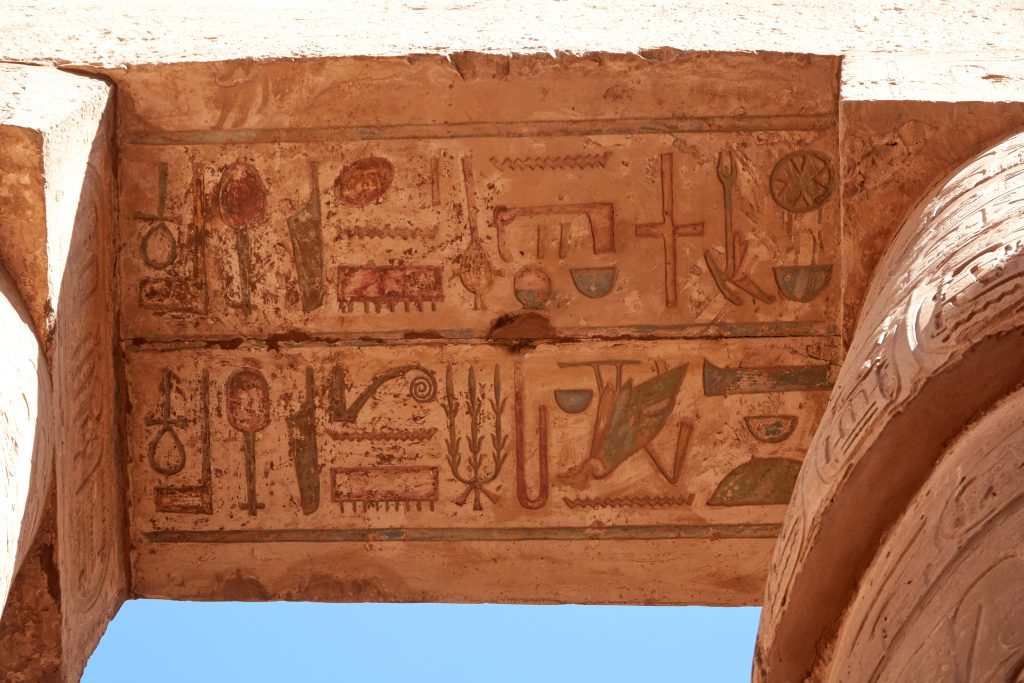 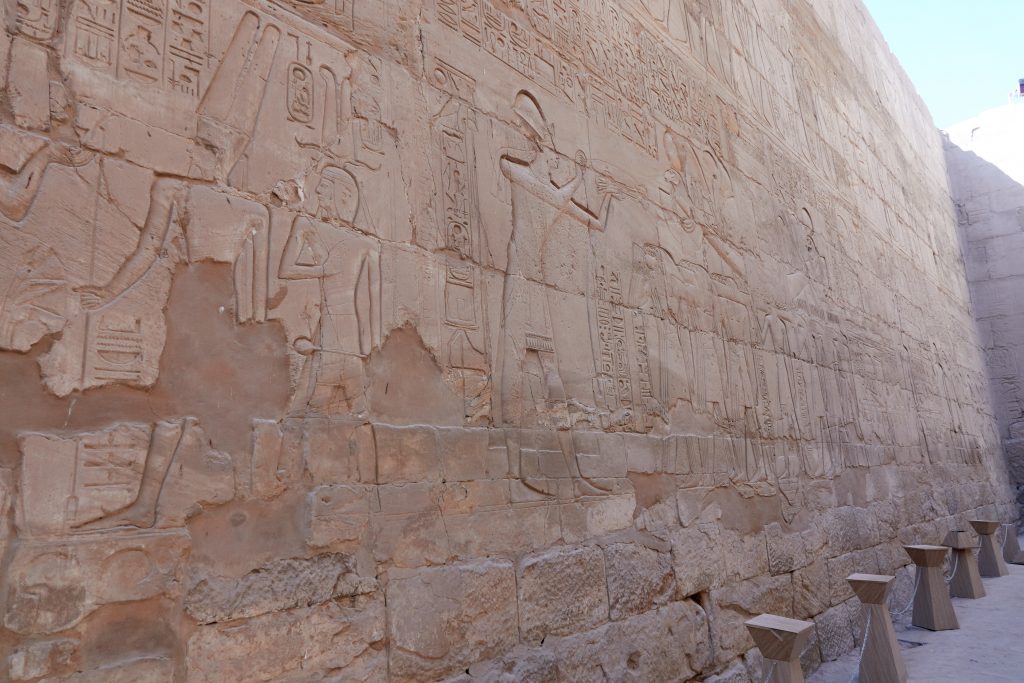 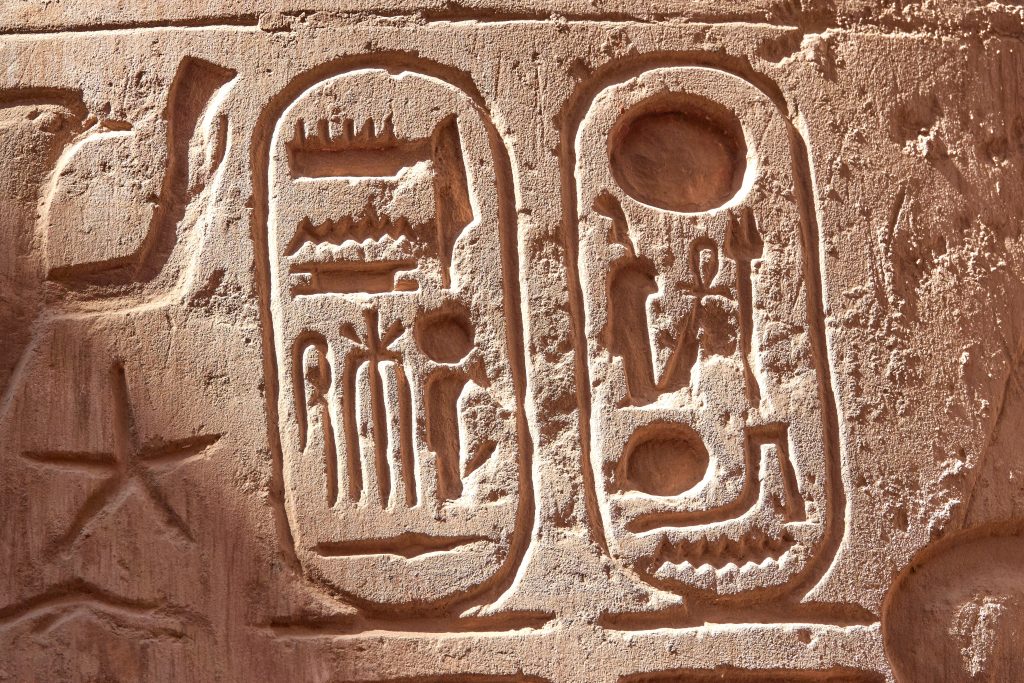 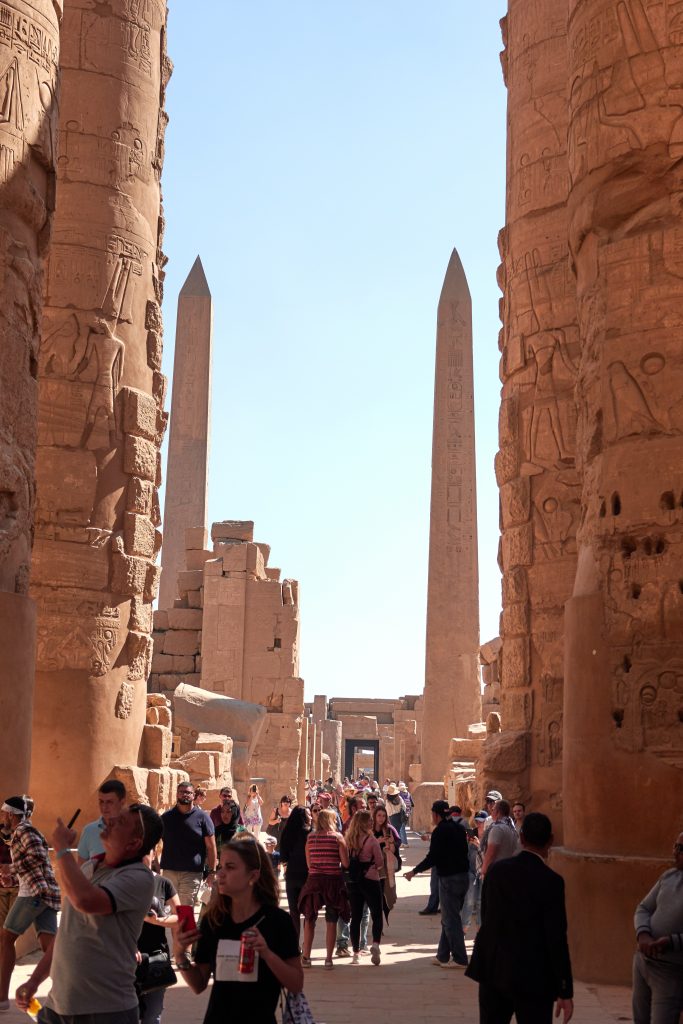 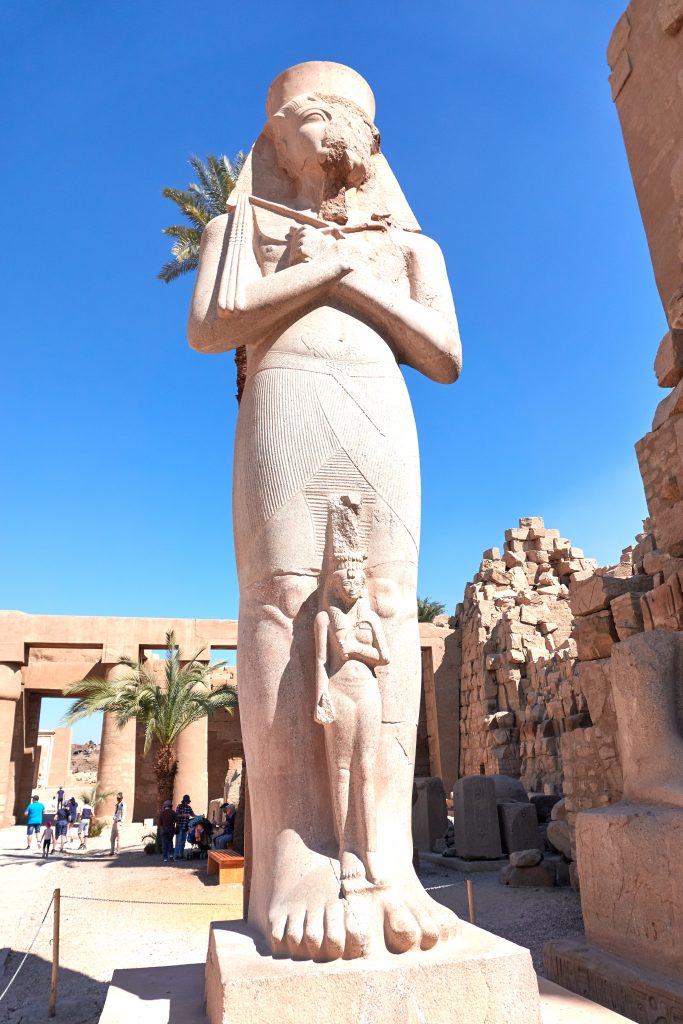 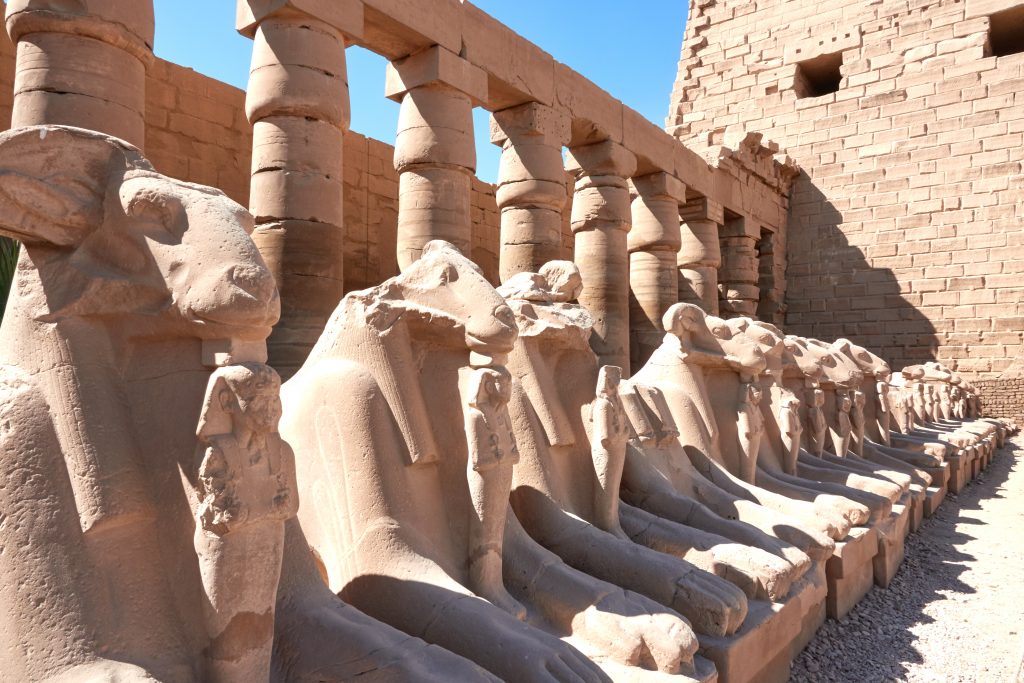 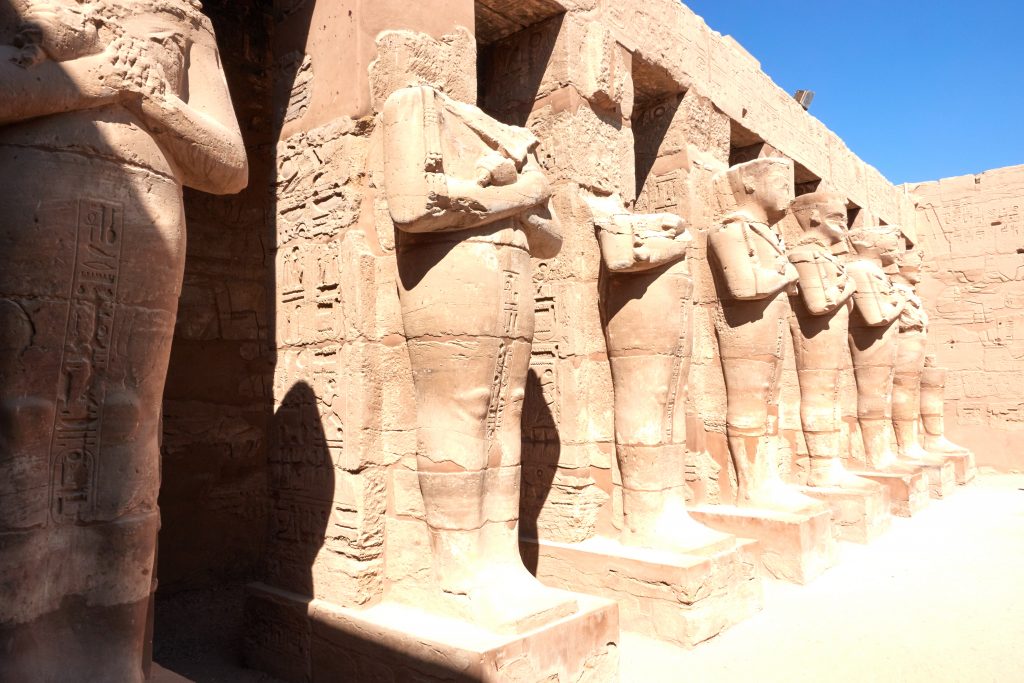 After experiencing the area for a while we had to get back to the bus and went to a papyrus shop where they paint papyrus. We first got some explanation how papyrus is made. 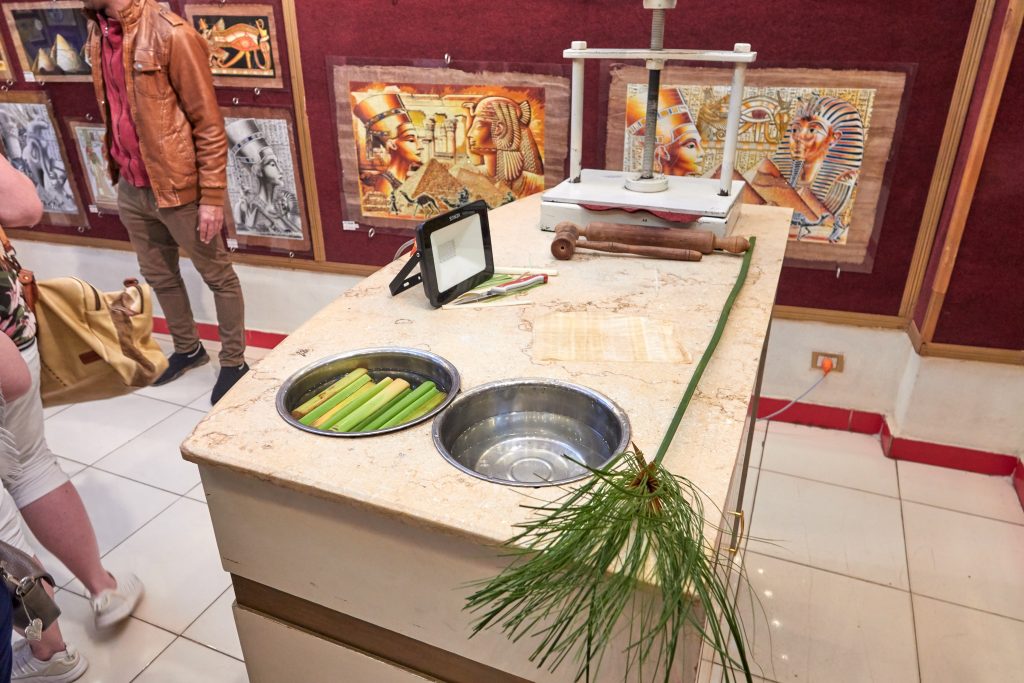 We doubted if wanted to buy something or not, but it was really expensive. At one point everybody was already back into the bus so we went as well. However one of the salesmen followed us into the bus. After getting rid of him the bus continued its journey to a small nile boatdock(N25.70333 E32.63527). The whole group went with a Nile taxi to the other side. View from the boat: 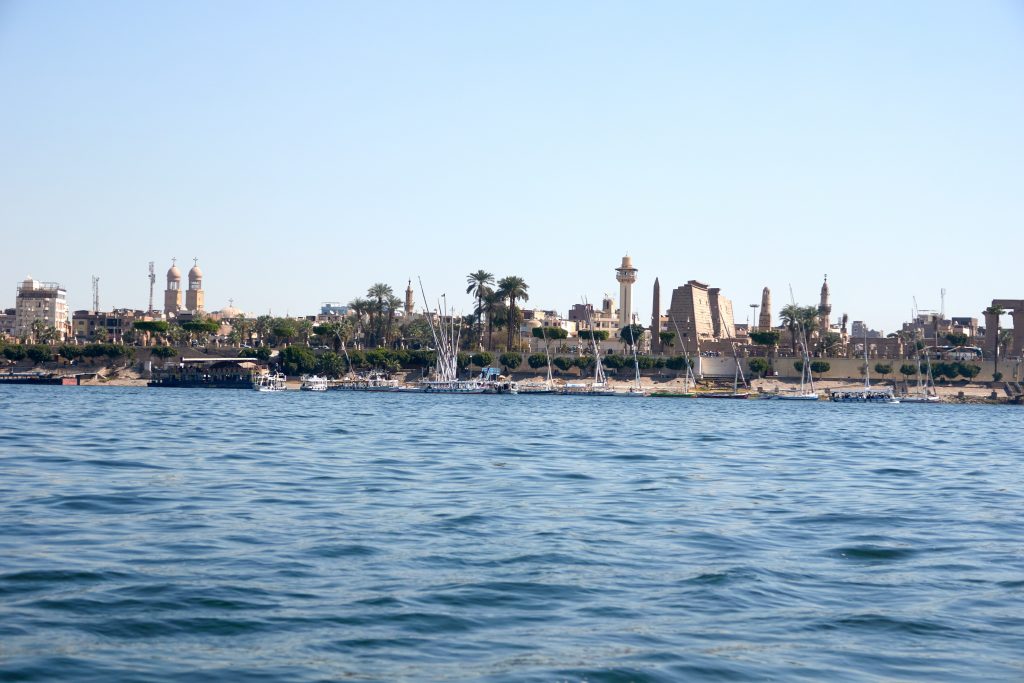 As you can see the nile is rather wide here.

The boat moored at a restaurant where we had lunch. After the lunch we went back to the bus to see the colossi of Memnon (N25.72036 E32.610565), that were recently excavated: 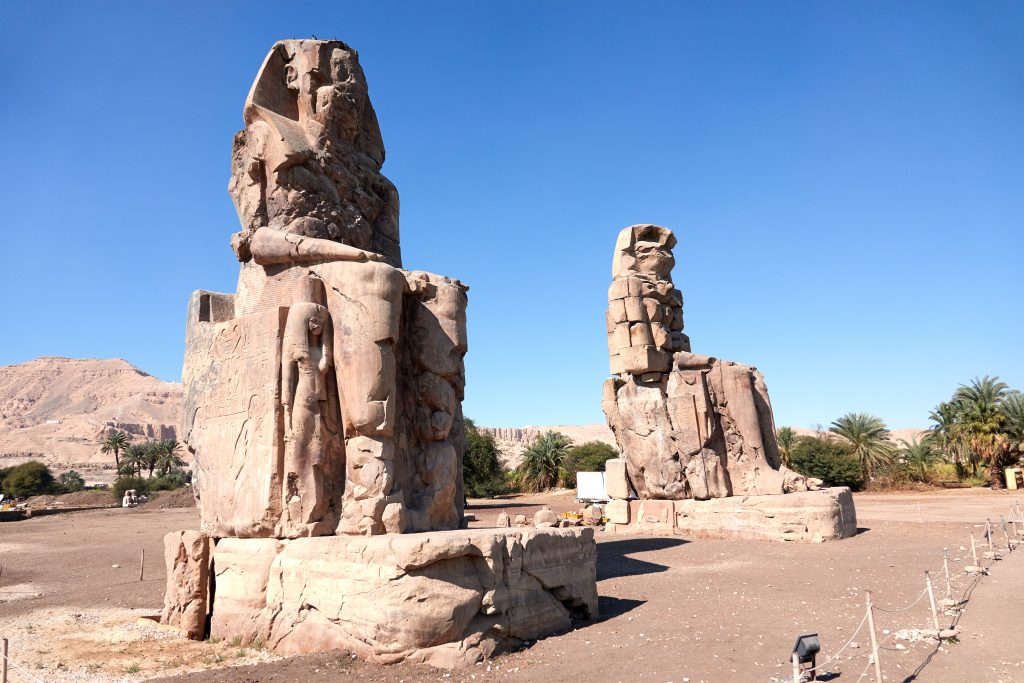 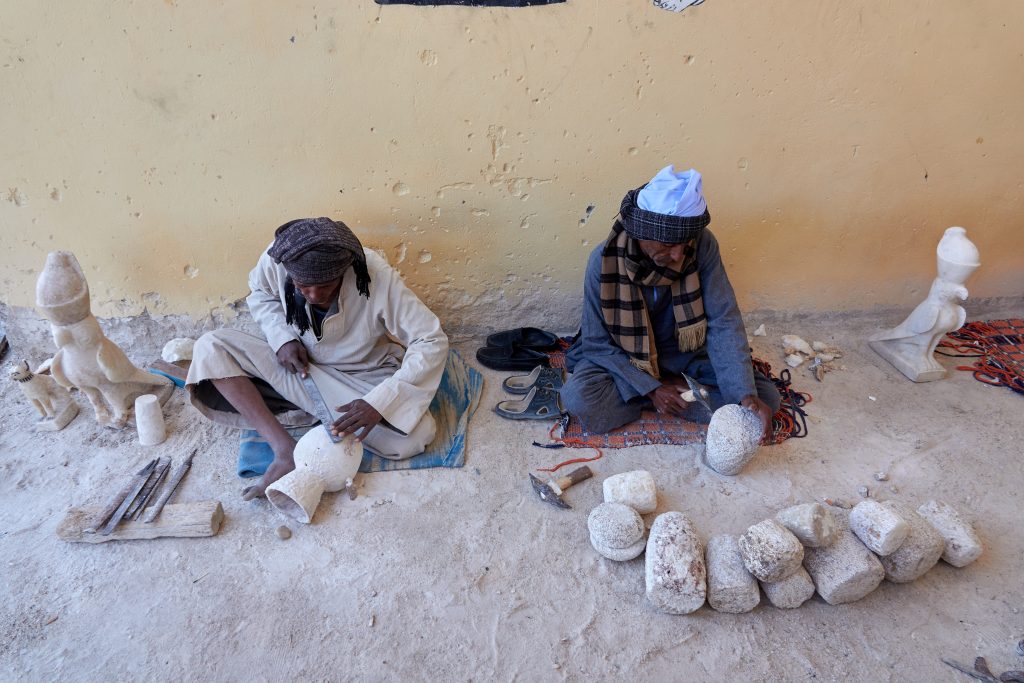 A little bit like when we were in Swaziland (link) however this is a lot more professional. Also the prices were seriously high again, but you could haggle a lot. In the end we bought two statues, three scarabaei, a small ankh, and a few pieces of alabaster rock for 30 Eur, which is ok. 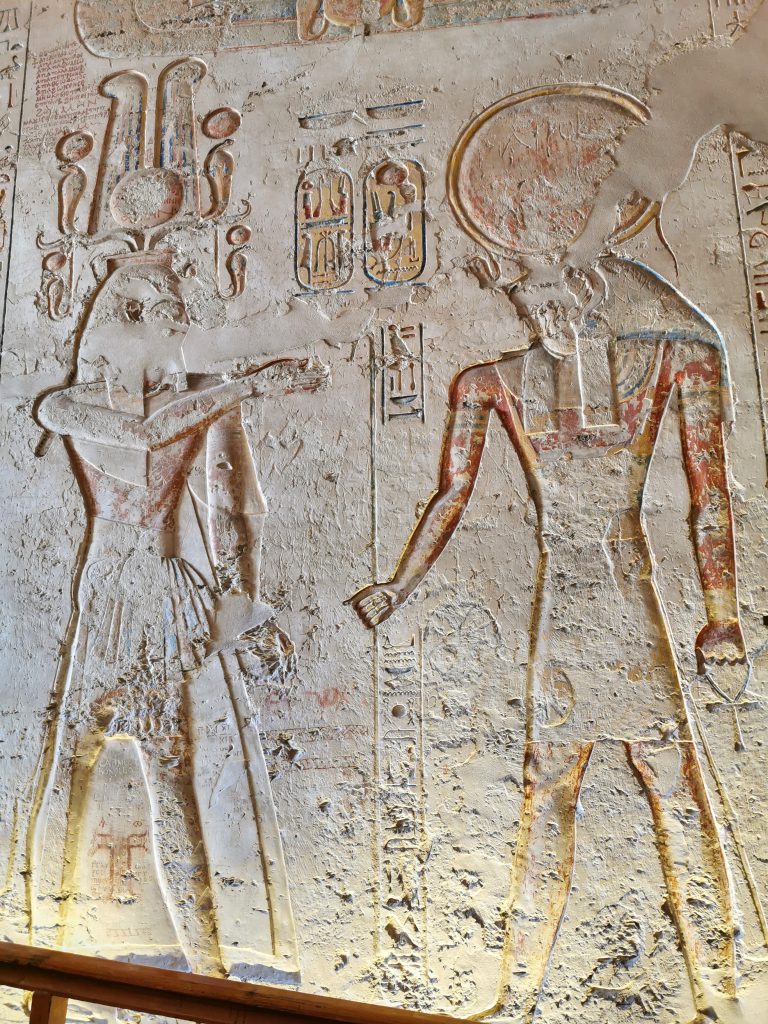 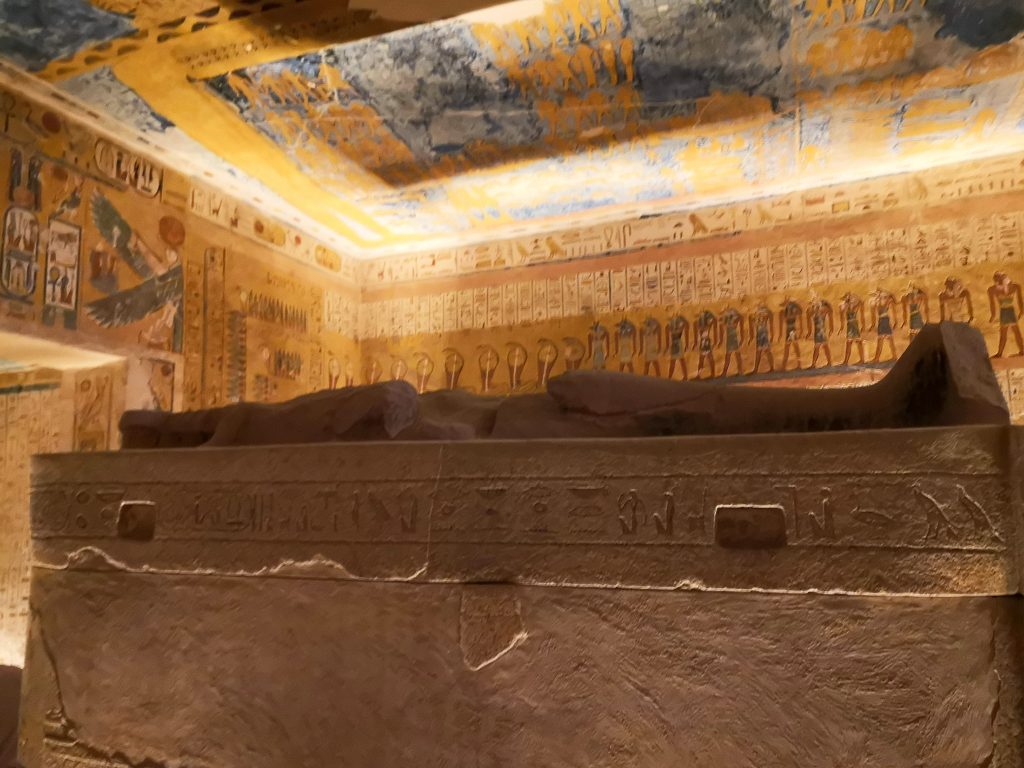 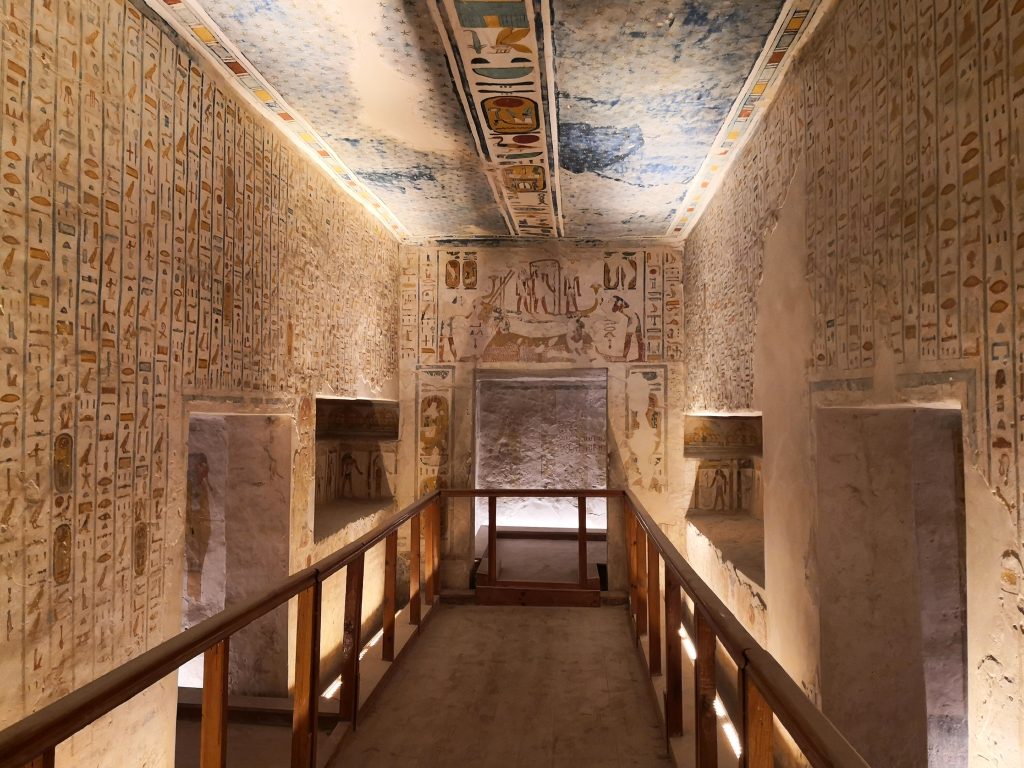 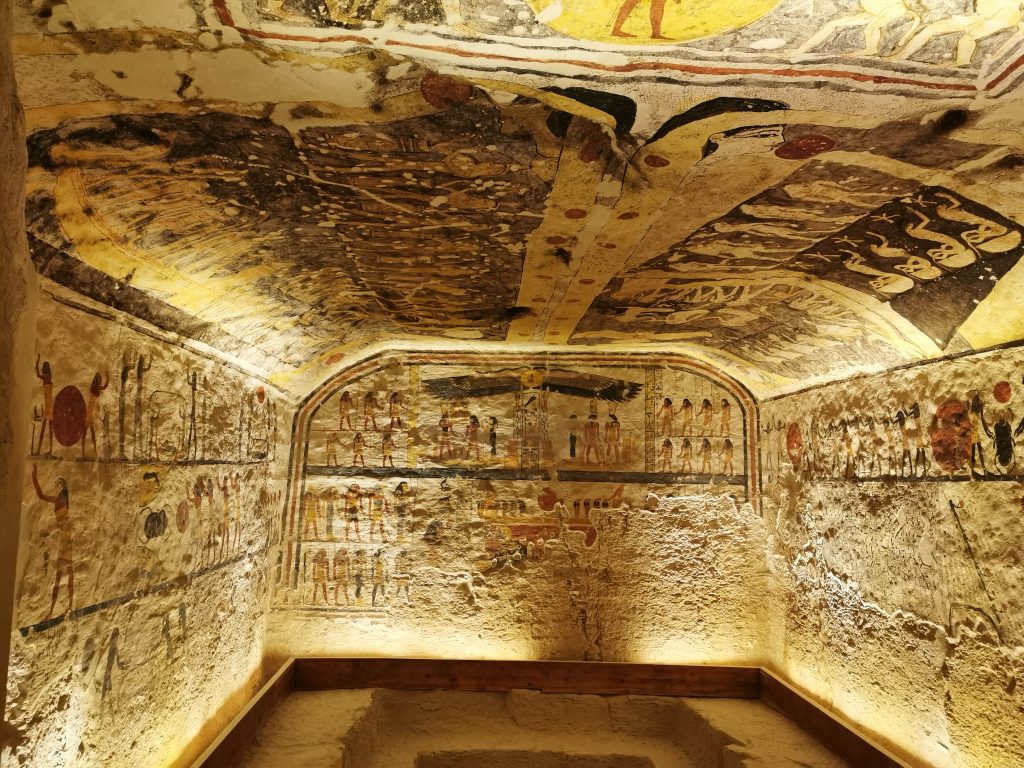 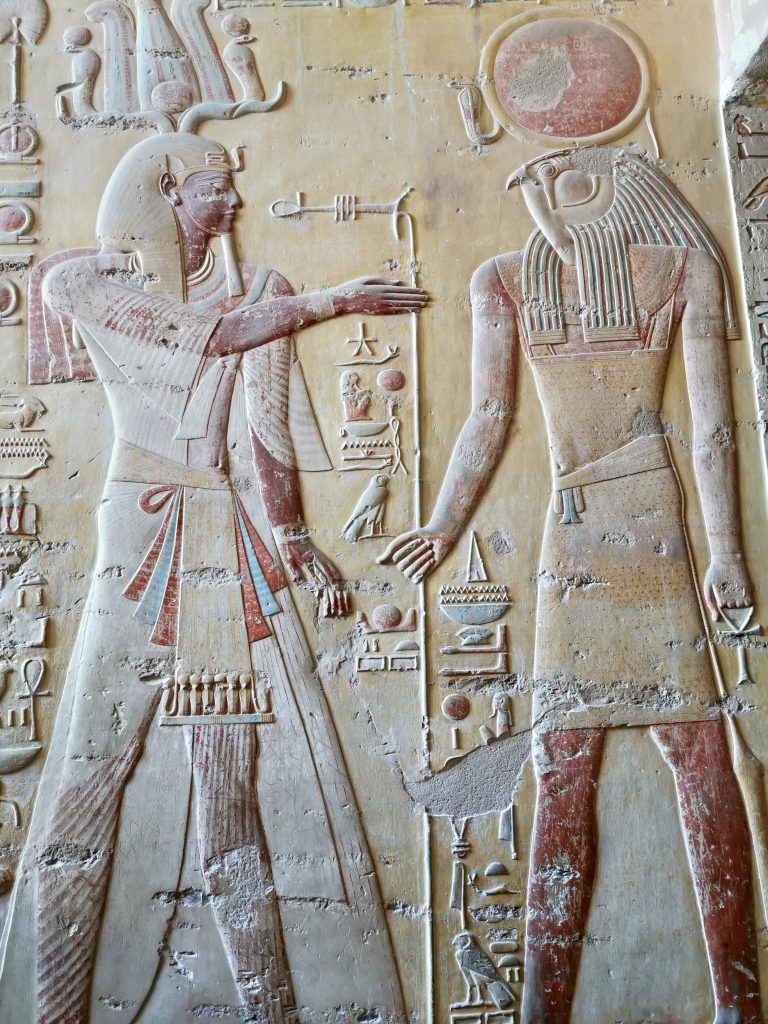 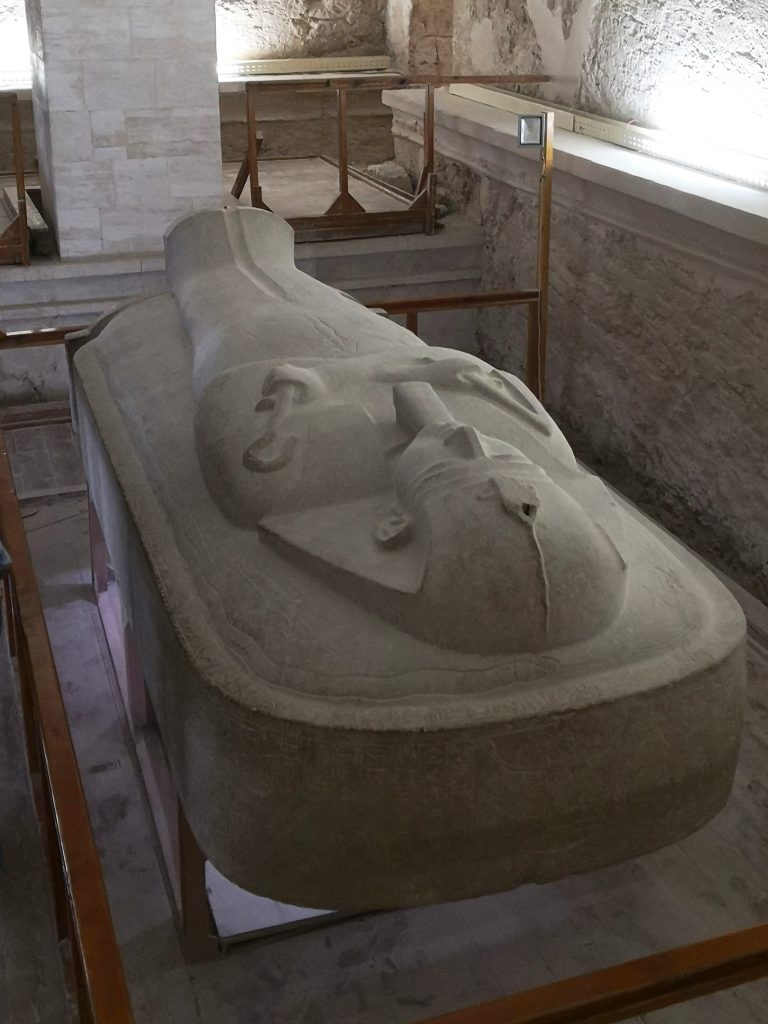 On the right side of the temple you coudl go further back to a secluded area. Inside the netting there is small hole where you can make a photograph through (using a cell phone camera): 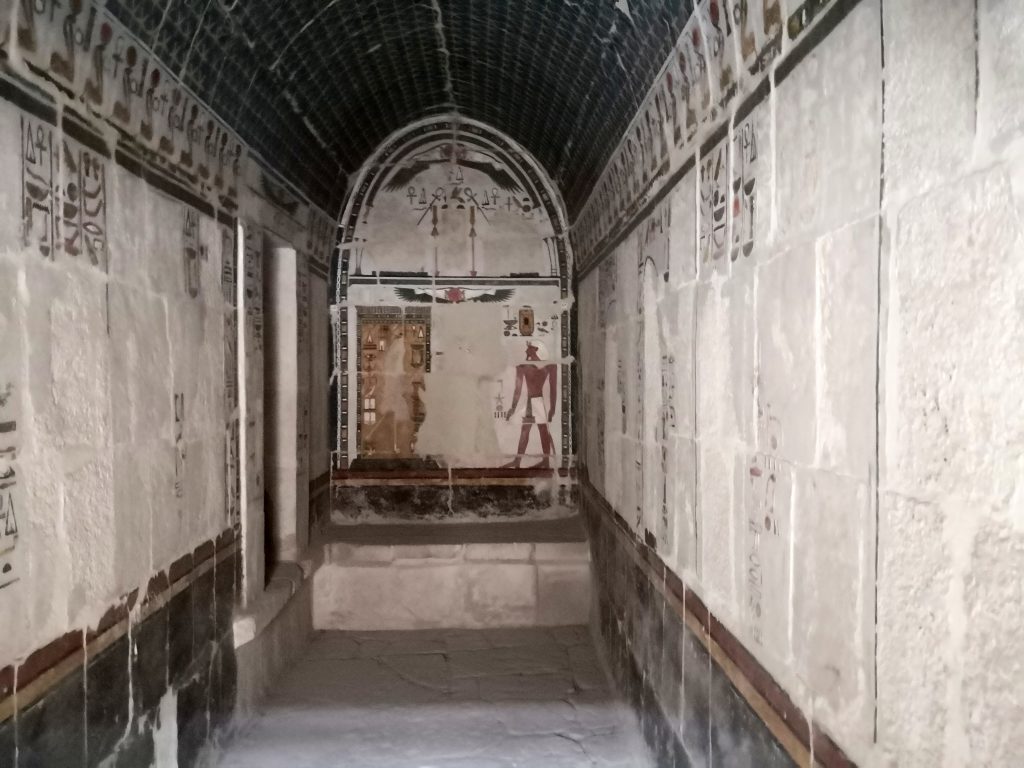 Time was flying and it was already 17:40 uur. Hence time to start driving back to the resort for the long journey back. Again a 5 hour 30 minute drive. We got back at around 11pm. We did order a “late dinner” yesterday. This was rather basic and to be honest i wasnt very hungry anymore. It was a really long day, but worth it. Looking back at it I guess we could have spend a few days there instead of half a day.