Today we woke up pretty early due to the jet lag. Today is Canada Day. It is the memorial day that the “British North America Act” activated in 1867. This act was an important step in Canada’s independence inside the Brittish empire. On this day there are a number of festivities.

We first went downstairs to get breakfast. At the breakfast we saw a squirrel very close to us outside: 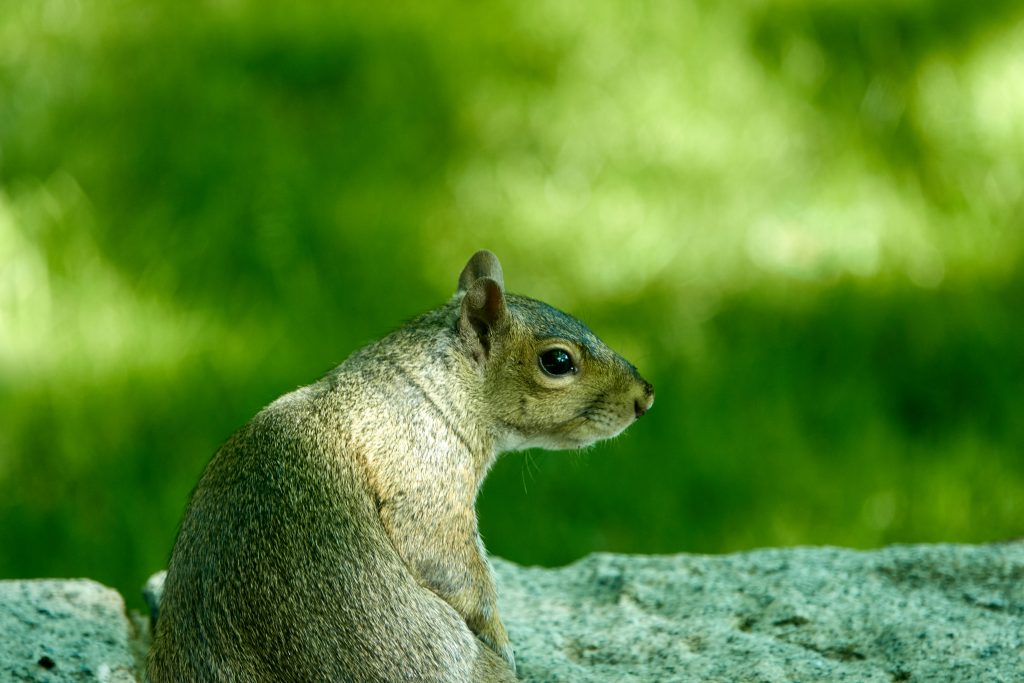 After breakfast we went on foot into Vancouver. We decided to go in the direction of Gastown. Along the way we saw a small church in between the high rise buildings (N49.284680, W123.120773): 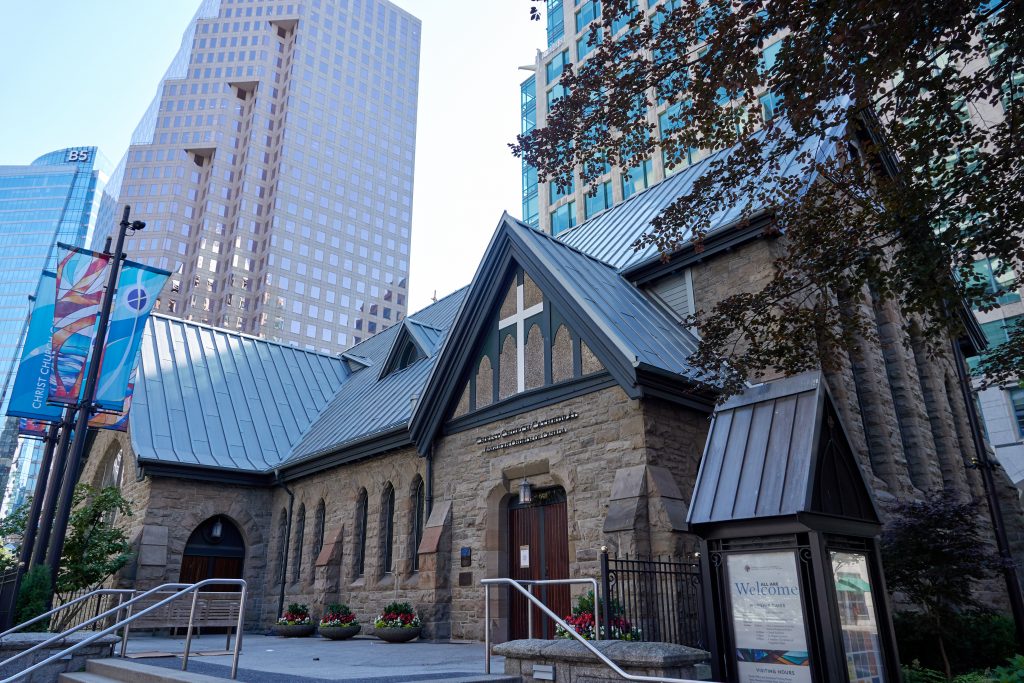 A little bit like you also have in New York city. 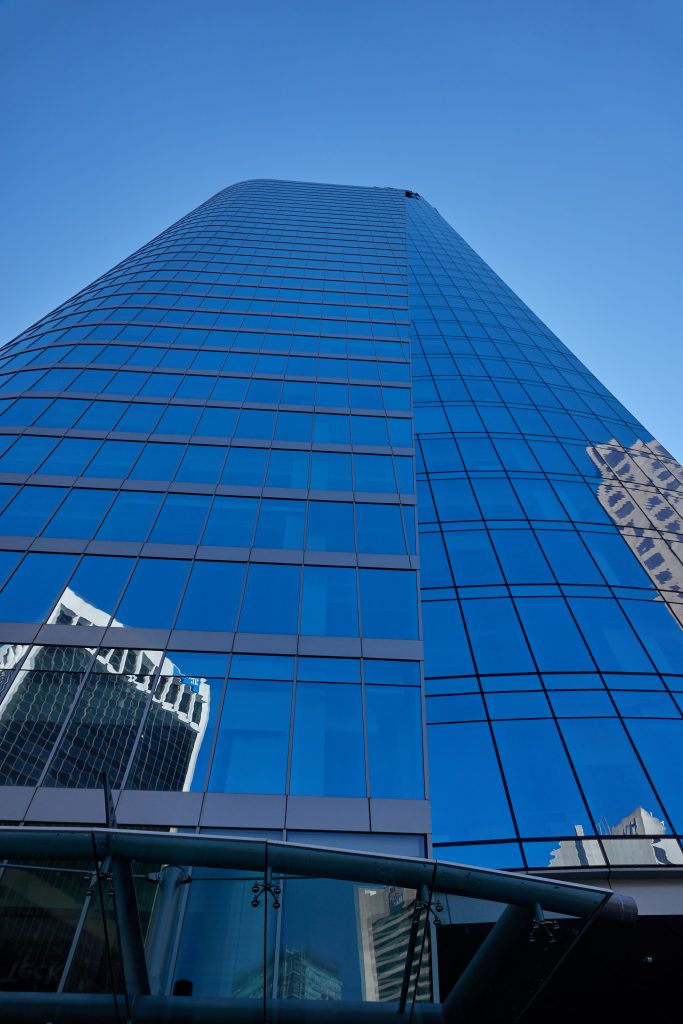 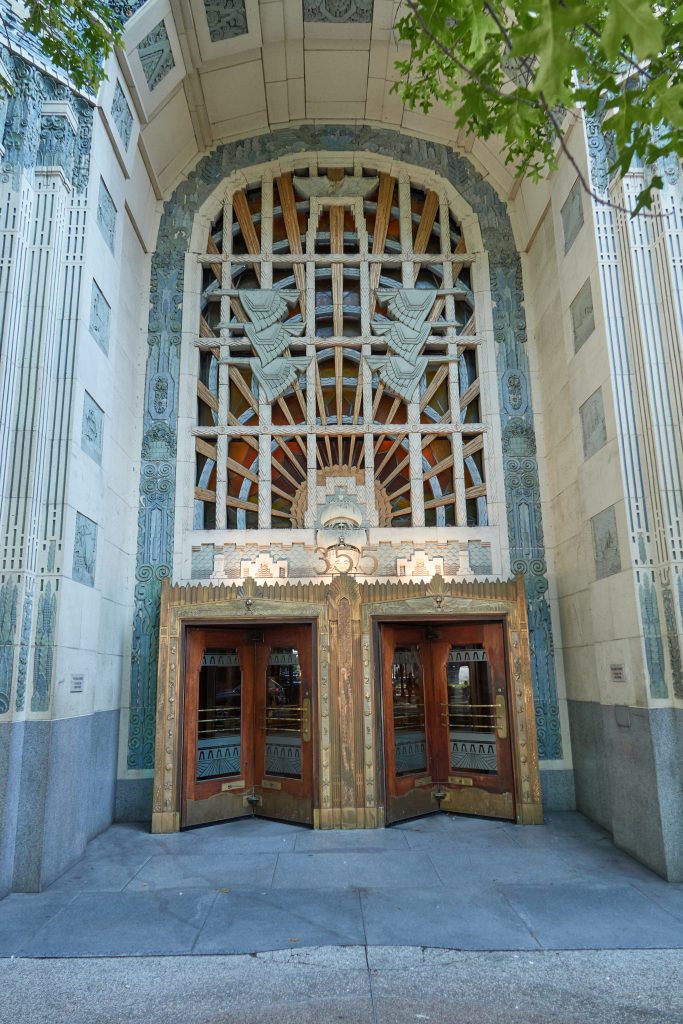 We were close to “Canada place”, so we stopped there as well. It was really busy there, there was podium with music etc. On the dock there was a Disney cruise ship. Here visible behind the piece of art (representing a droplet of water) (N49.289420, W123.114133): 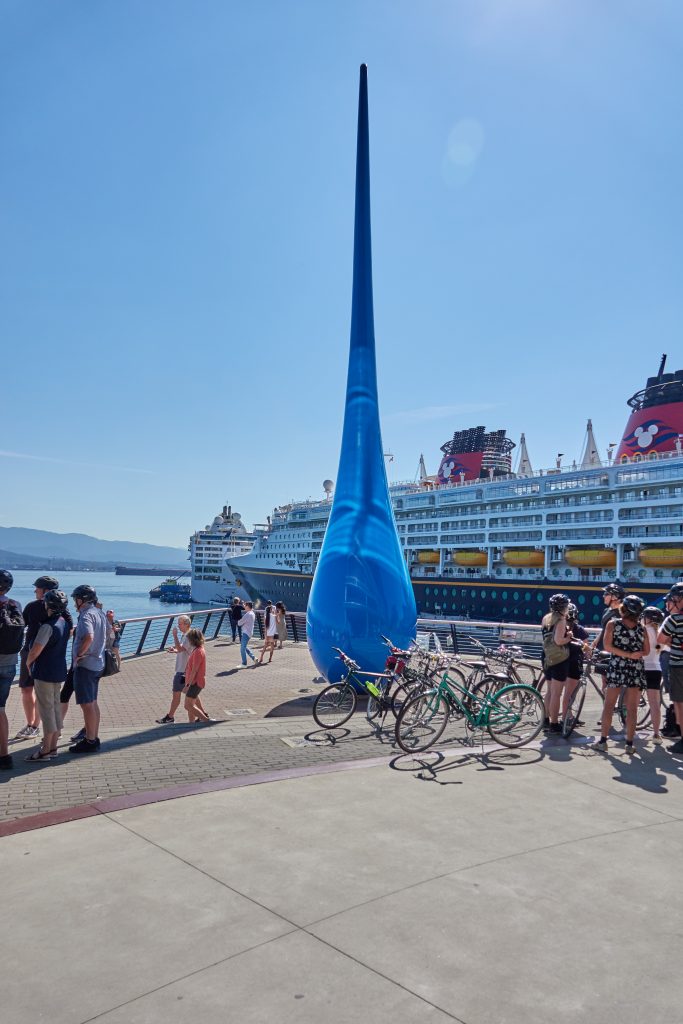 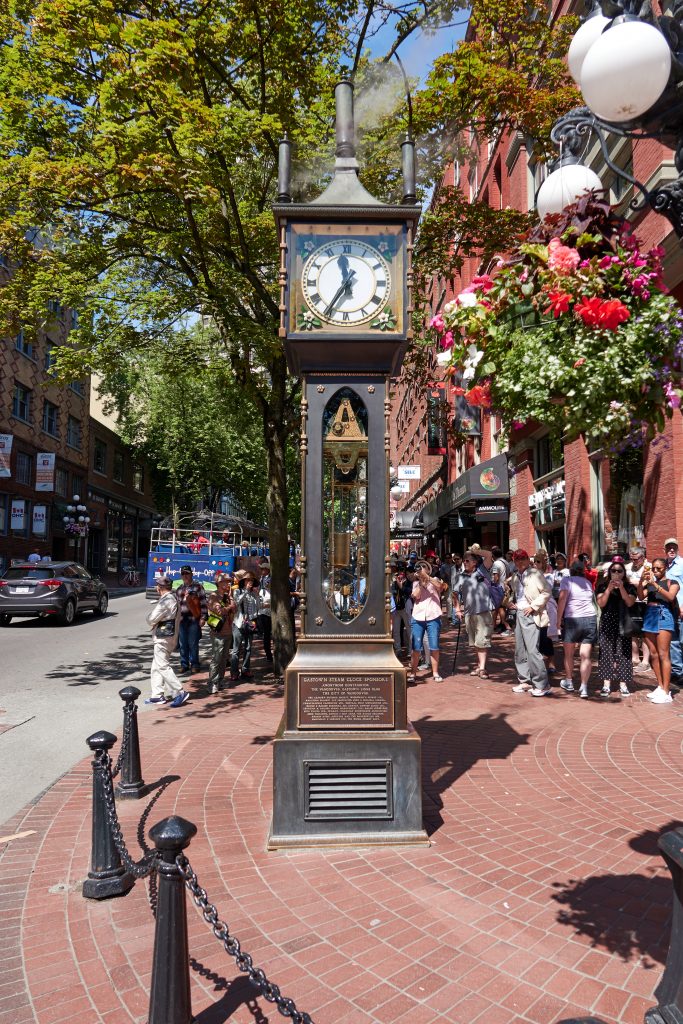 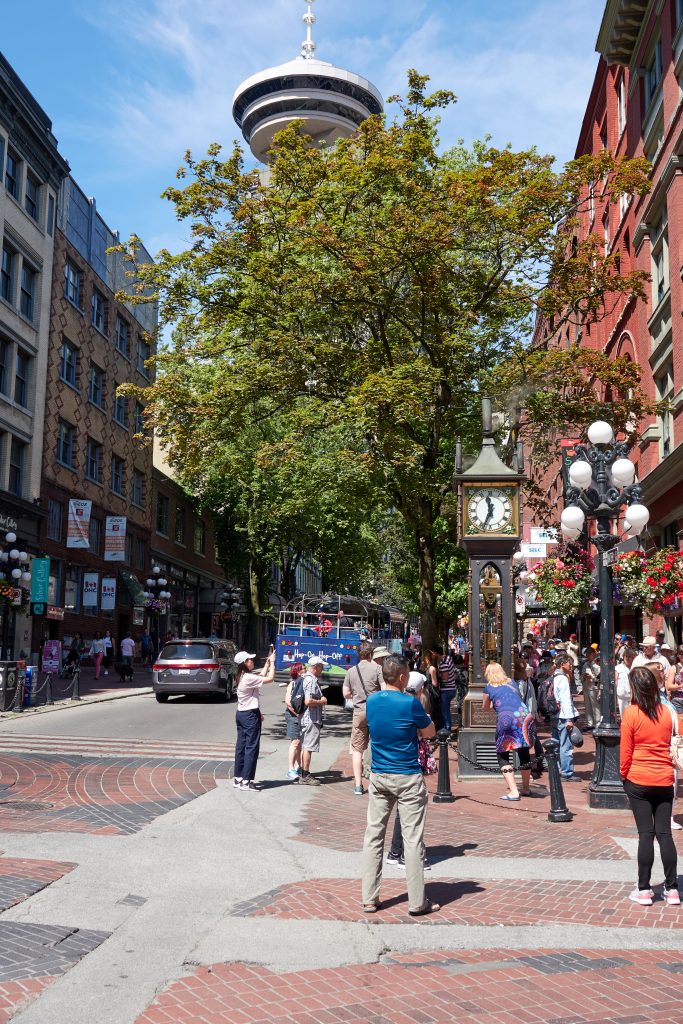 On the 2nd photograph you can see the Vancouver lookout in the background. We stopped by there, but did not go in. Maybe we will do this on the last day of our vacation (we will be back in Vancouver then). 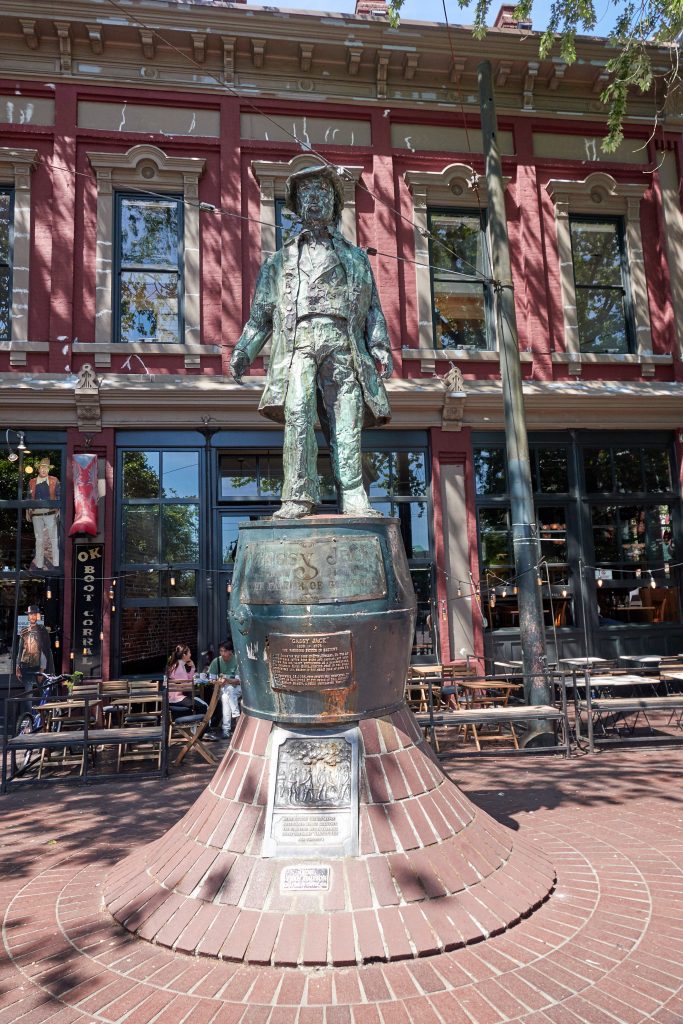 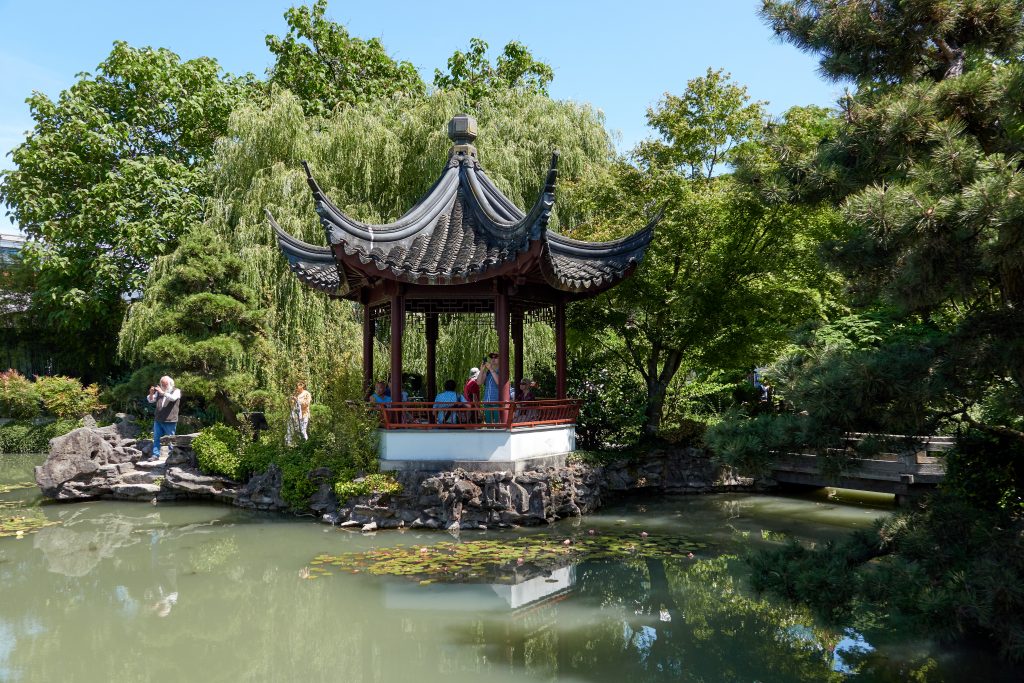 For another part you had to pay. It seemed a bit expensive so we did not go in. On the square infront of the entrance there were also festivities for Canada day. The Canadian flag was raised and a number of speeches were given by Canadians and Chinese from Chinese-Canadian community in order to strengthen the Chinees-Canadese bond. There was going to be a performance of the “Dragons”: 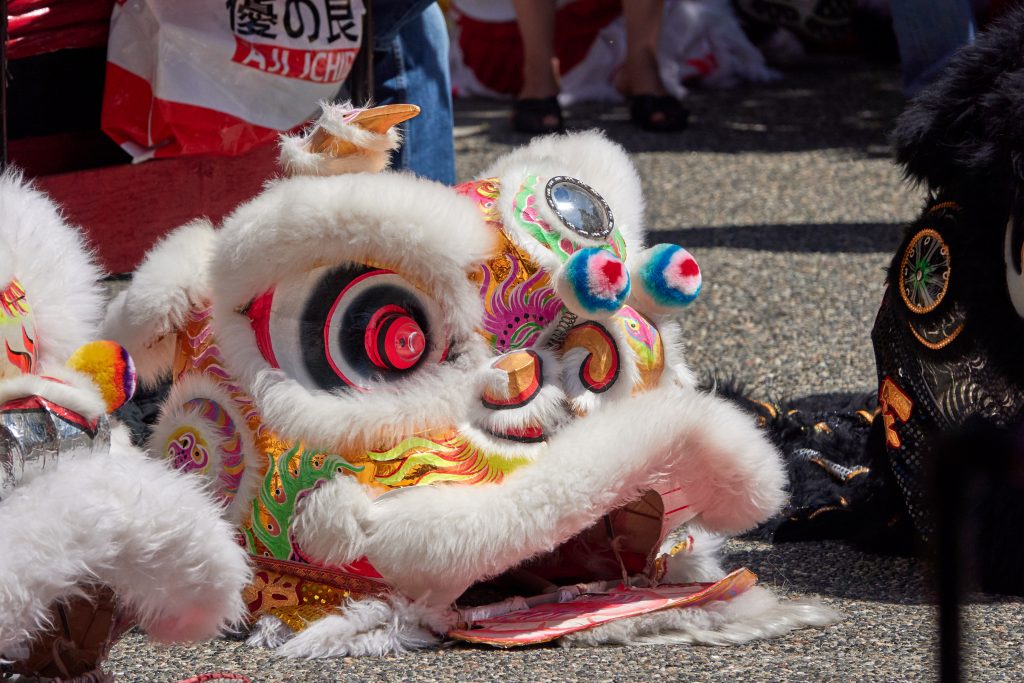 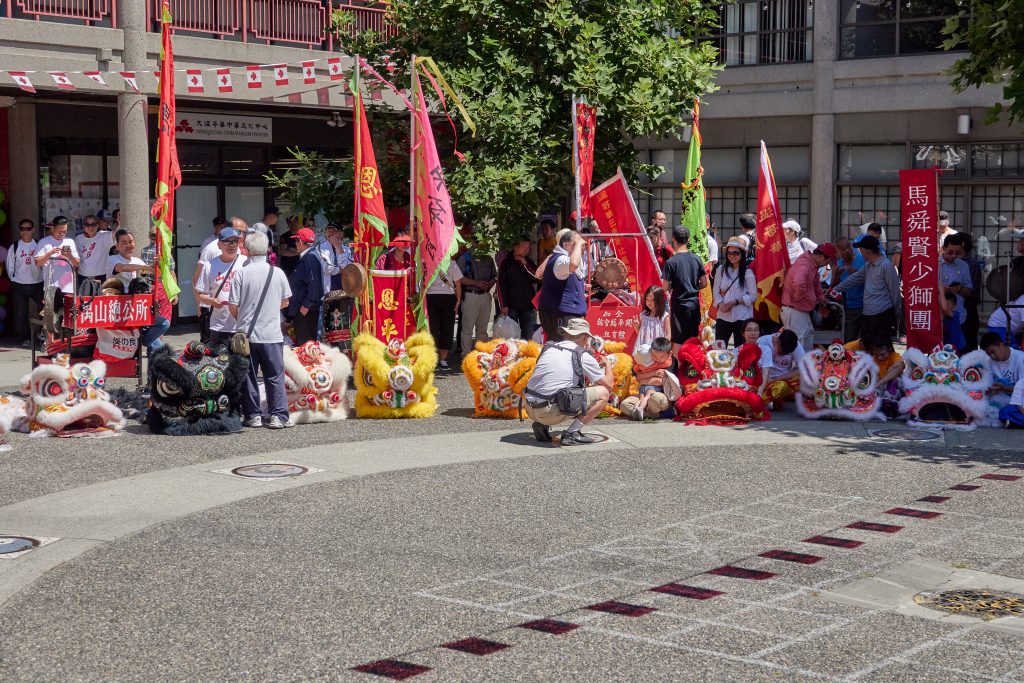 But the speeches kept coming so we left without seeing them in action. 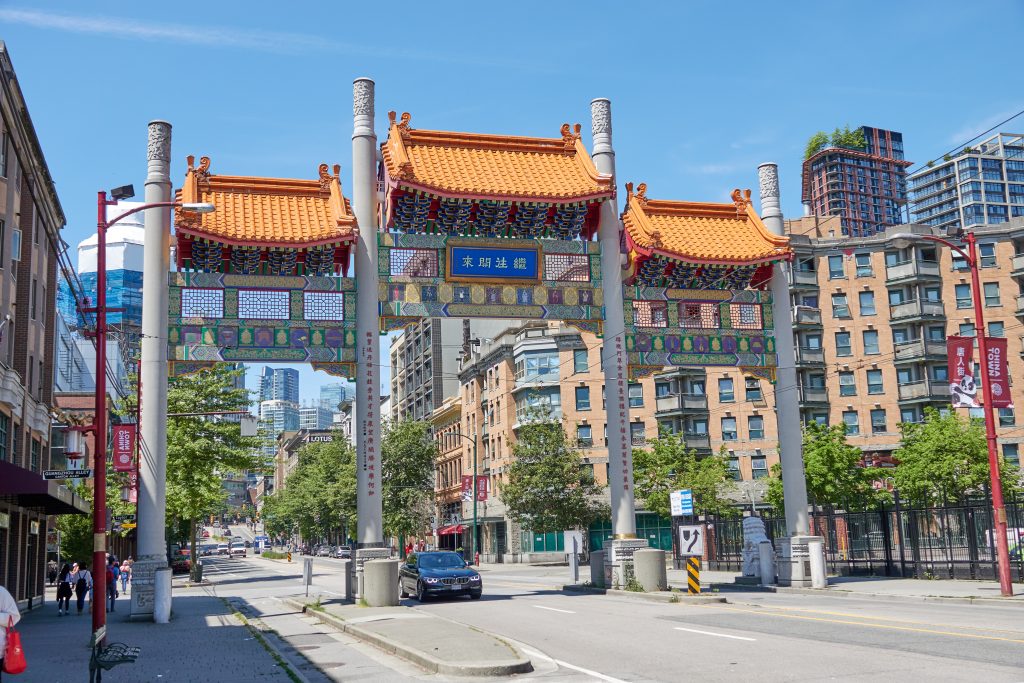 We also got something to drink there as it was rather hot.

There were a number of sea planes flying tourists back and forth, the mooring location was behind the cauldron: 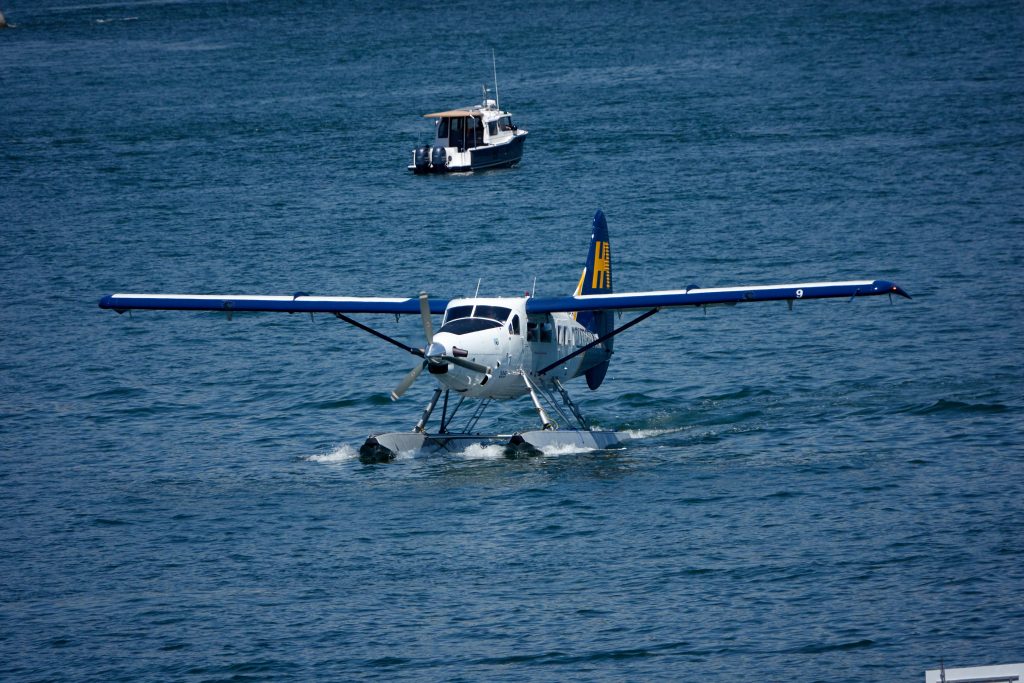 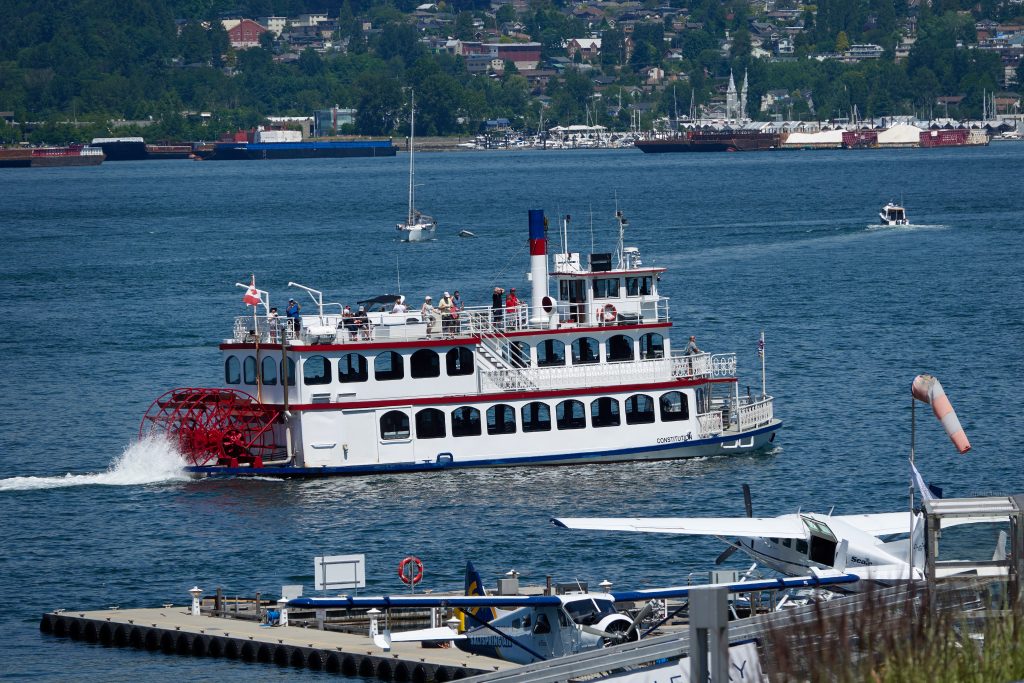 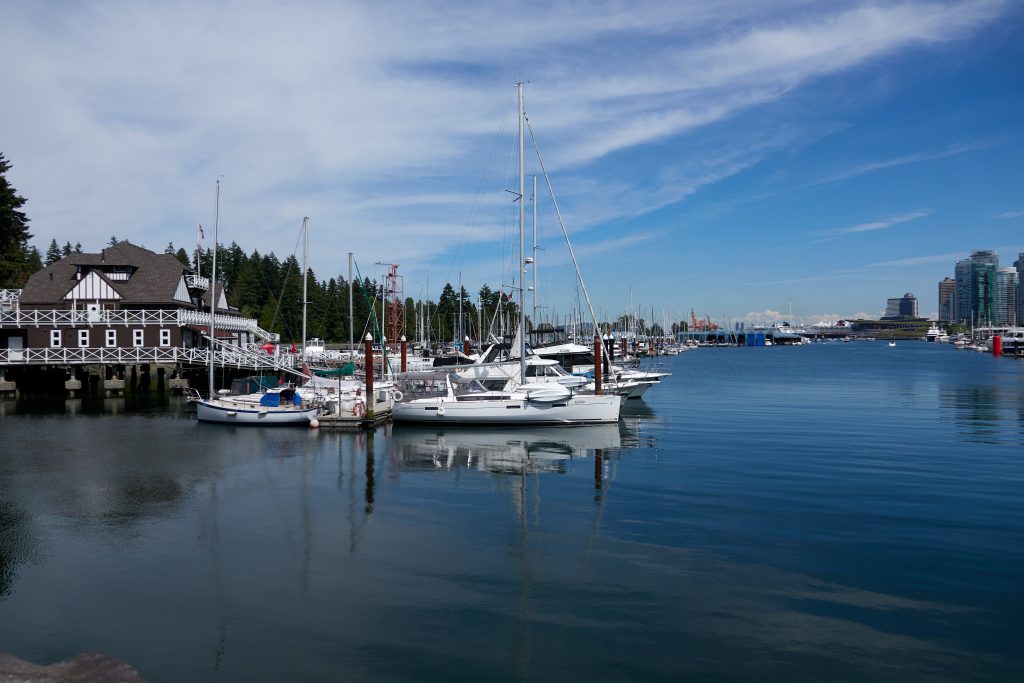 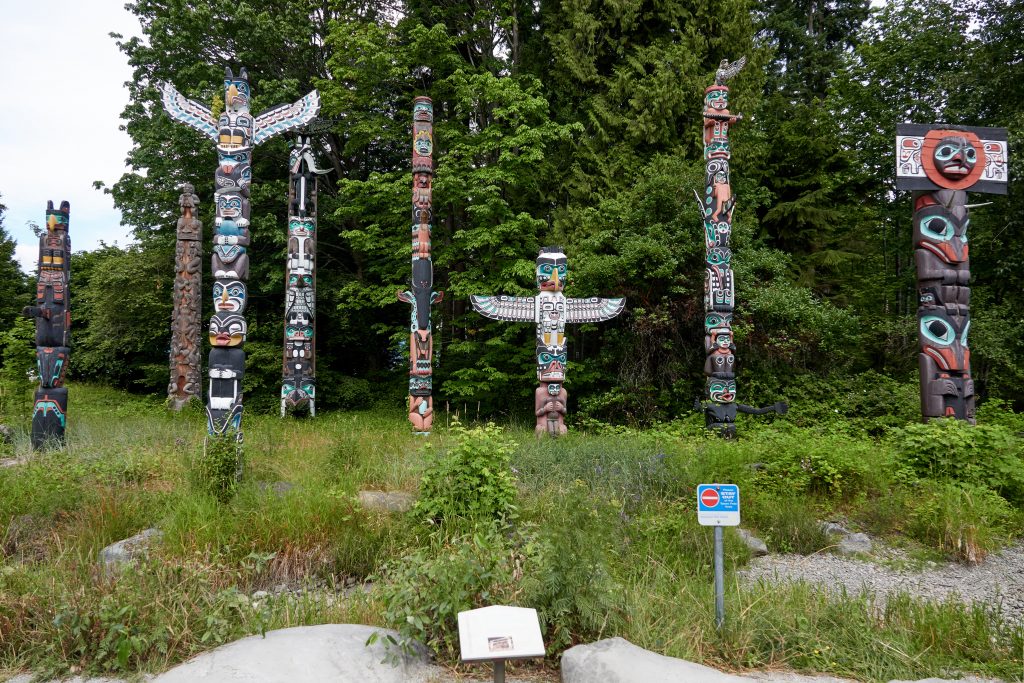 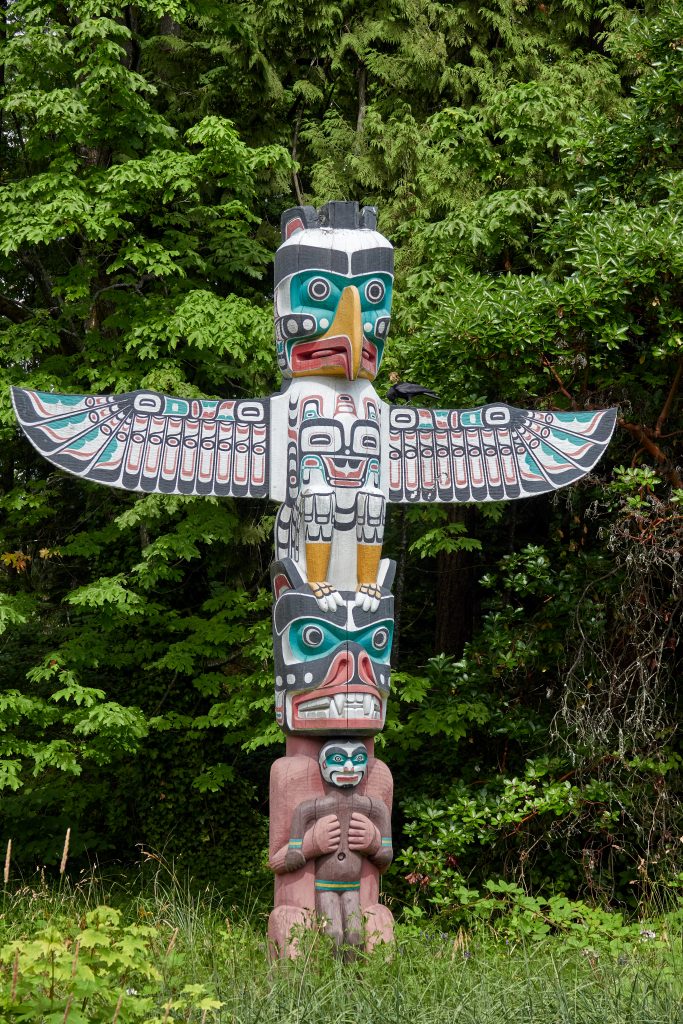 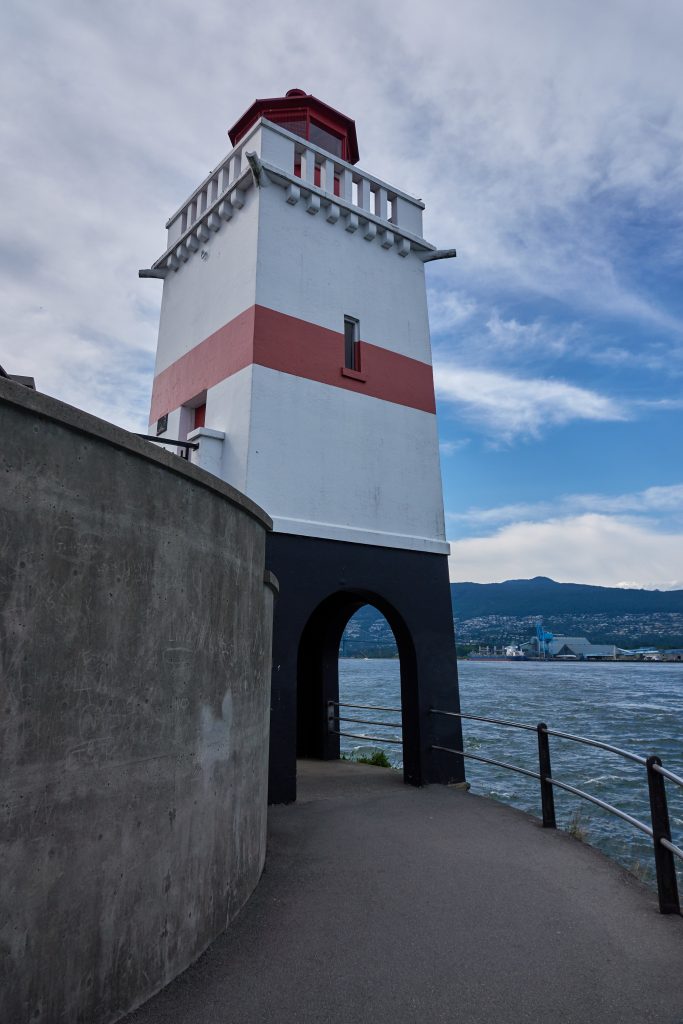 From there you also have a good view of Canada place. The Disney boat left in the meenwhile. 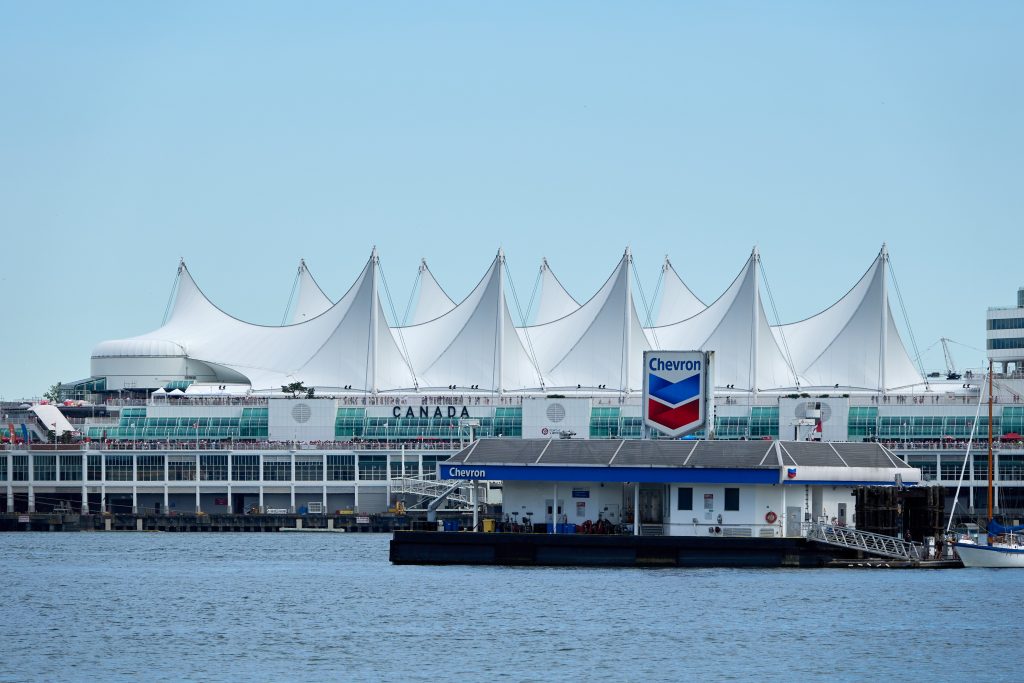 We reached the end of the afternoon by now and decided to head back to the hotel to take the care to the Capilano suspension bridge (parkeer area N49.341749, W123.113081) and to check if we could get something to eat there. Despite the name the park is more than just a suspension brigde. It is not very busy I guess because we arrived rather late in the day. There are even moments that the largest part of the bridge is empty (see second photograph) 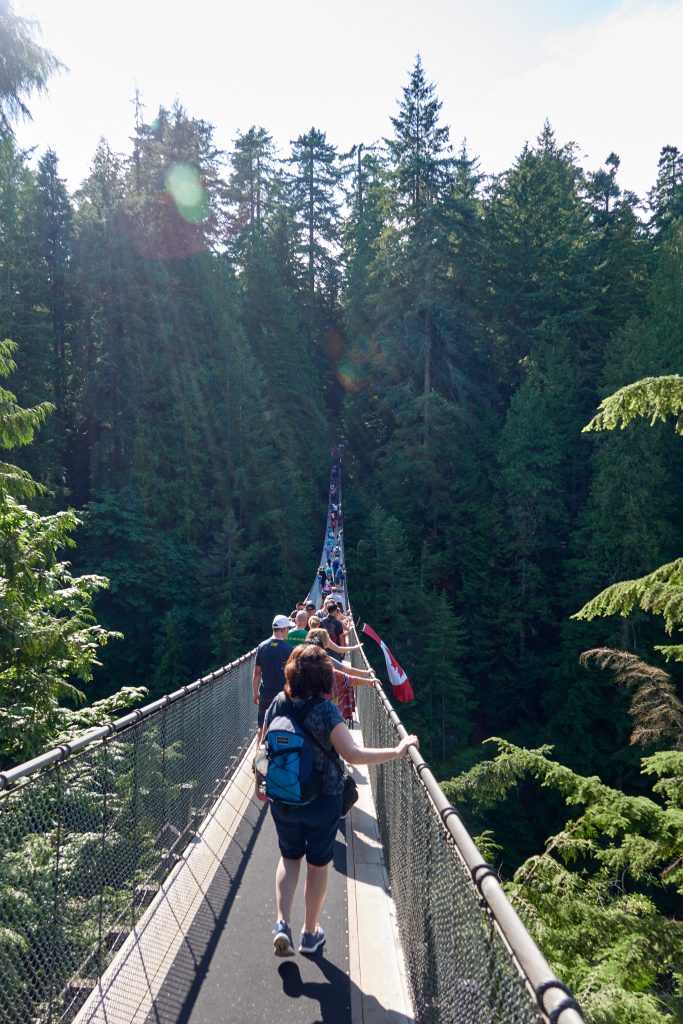 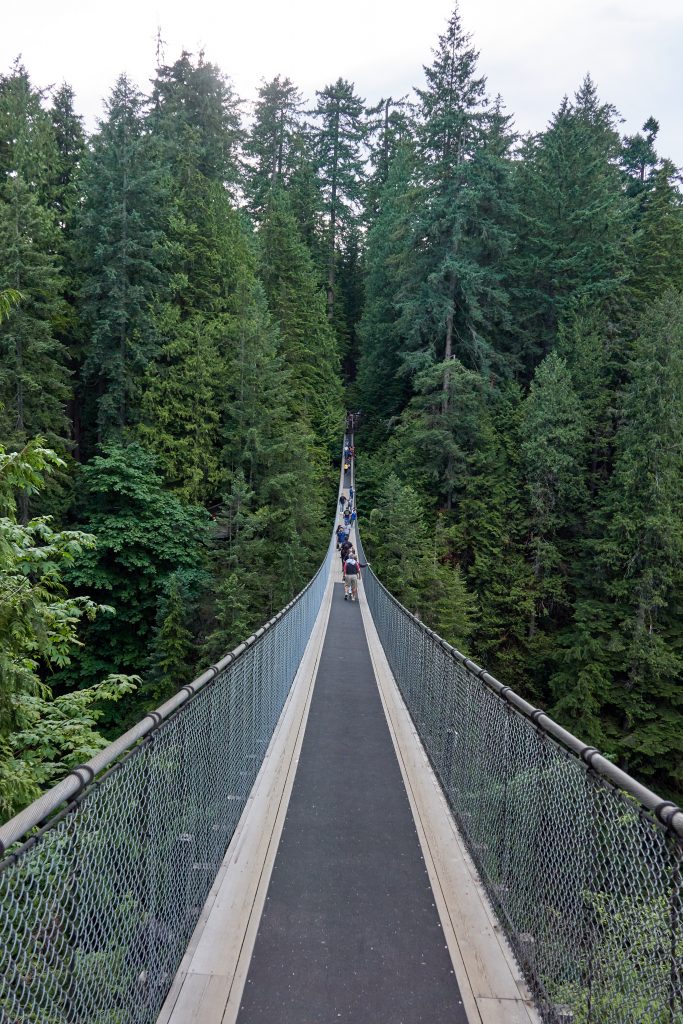 At the otherside of the brige they made a walking path high up in the trees, with little suspension bridges. 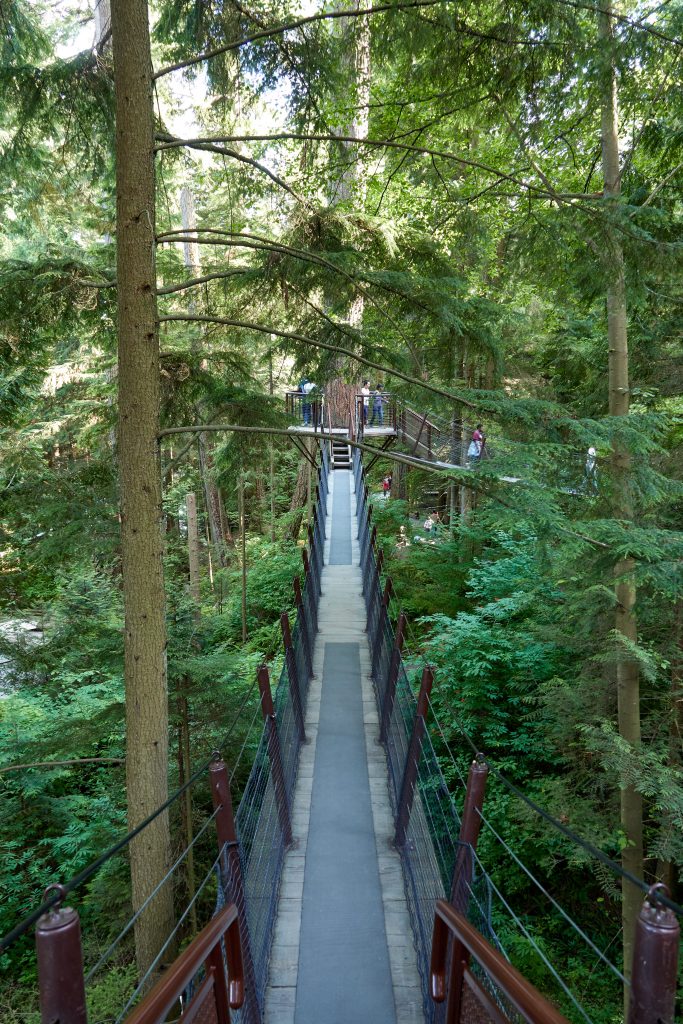 There is also a walkway along the cliffwall: 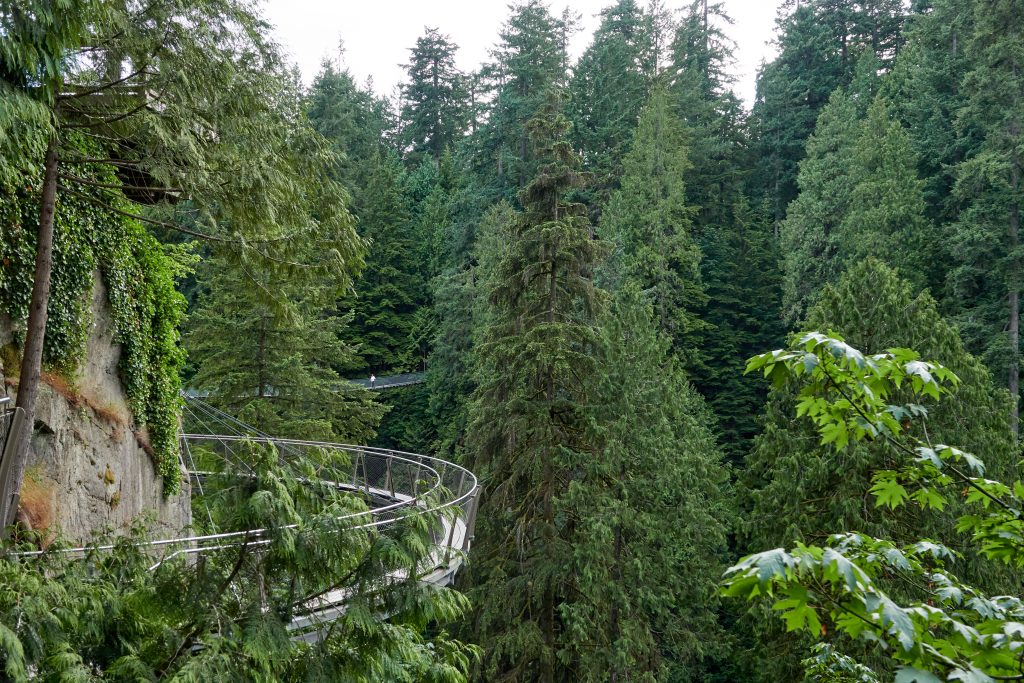 In the background you can see the suspension bridge.

We did not see a lot of wildlife (just too many people walking aroun), but there were some squirrels 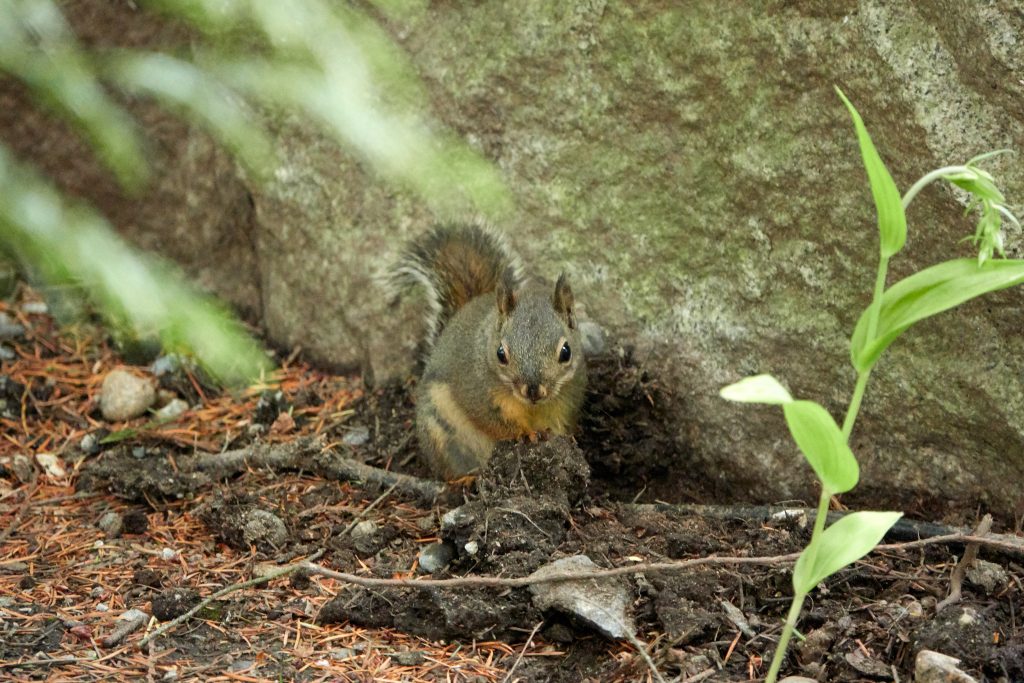 After walking all the paths (it is not very big there) we got something to eat in the park. Afterwards we went back to the park. In heinsight, the park is a bit pricy for the amount of things to see, but what was there was nice.

Back in the hotel we stayed up to see the firework show in the bay in honor of Canada day. This was rather nicely visible from our suite. 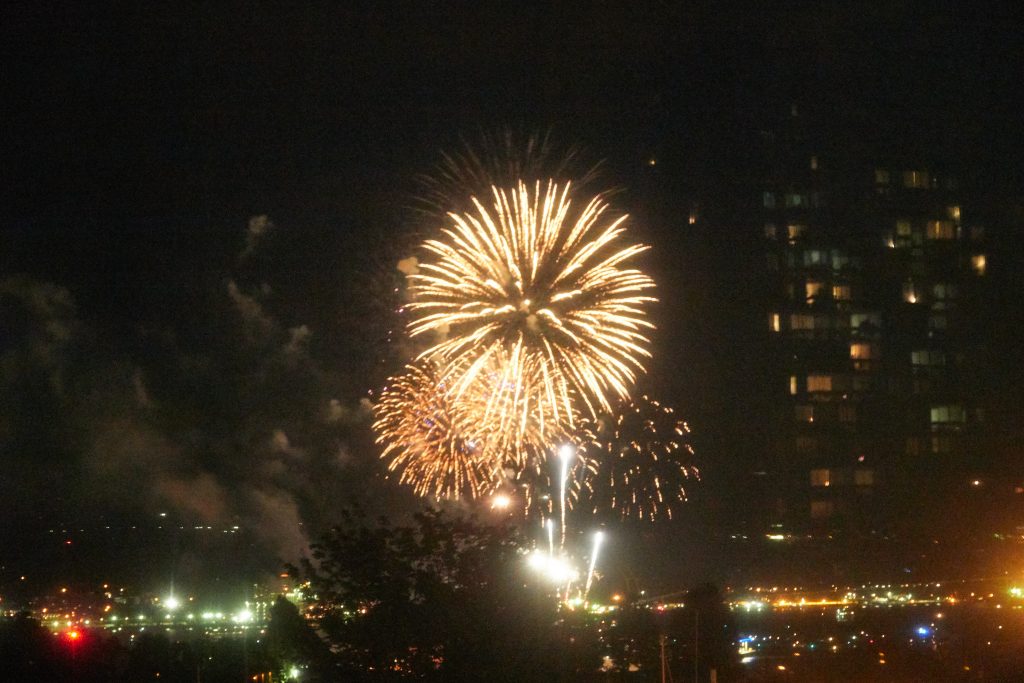 Once that was finished we went to bed because it was rather a long day. The weather was very good.