The breakfast in the paradise seashell motel was not much, very small breakfast room. Hopefully tonight we will have a better place to stay. We booked a B&B in Campbell river. We decided to go via the 19A to drive in the direction of campbell river.

The weather this morning is nice and sunny: 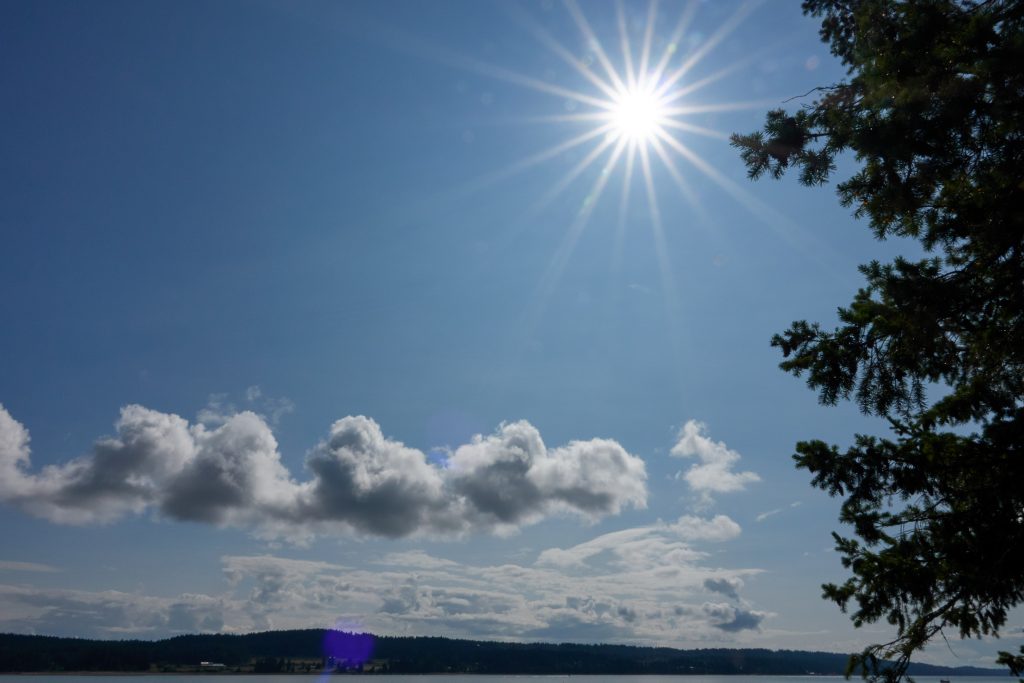 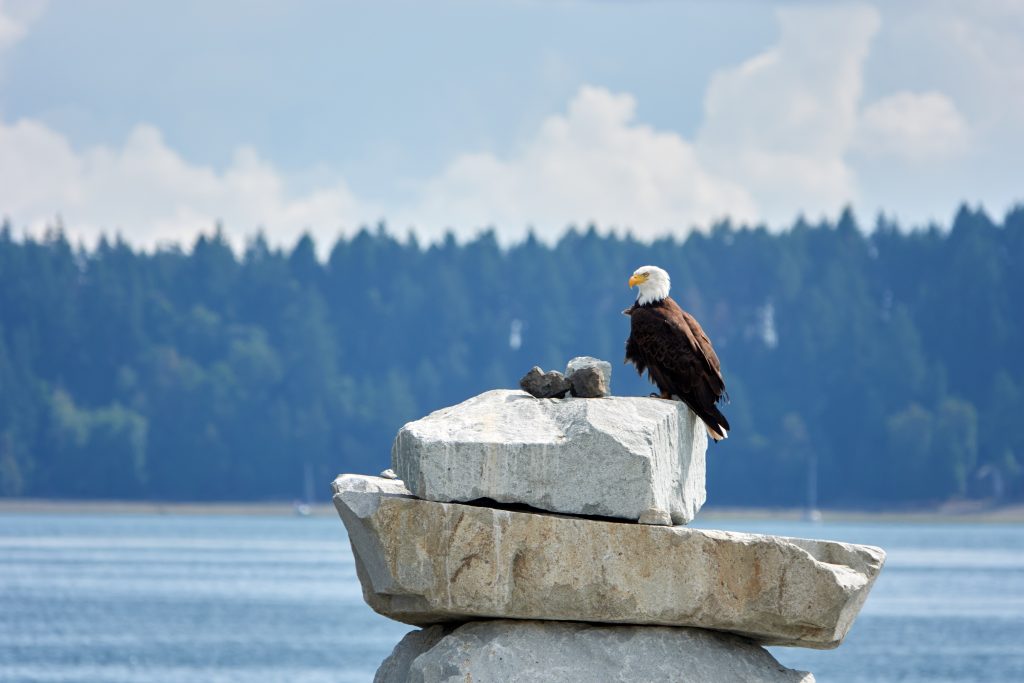 We approached it slowly and taking pictures along the way 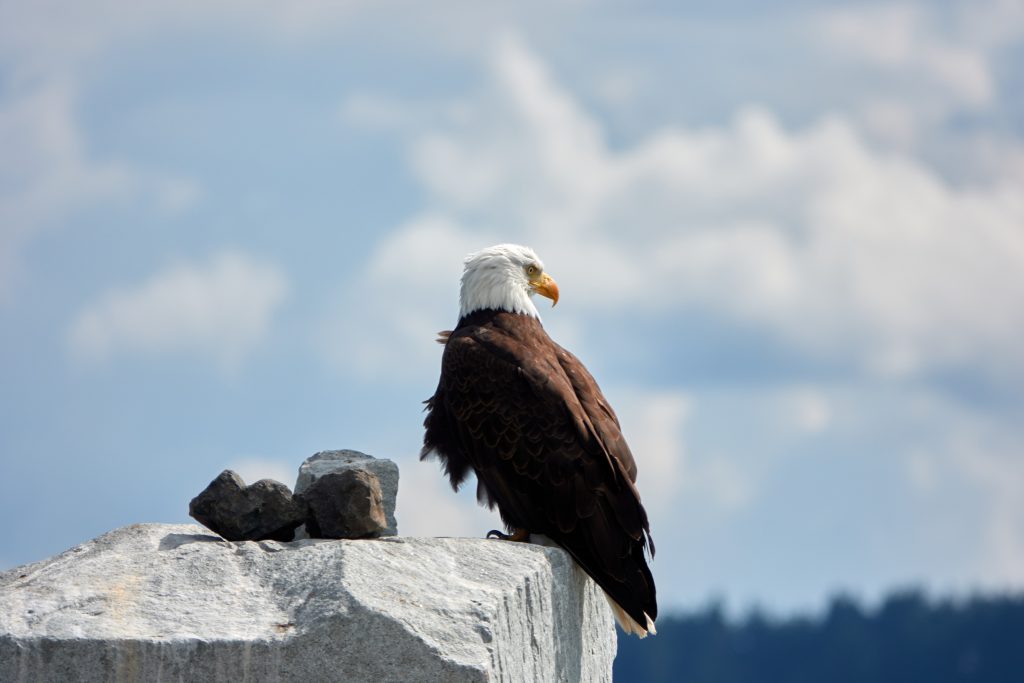 At one point the eagle thought we were too close and flew away: 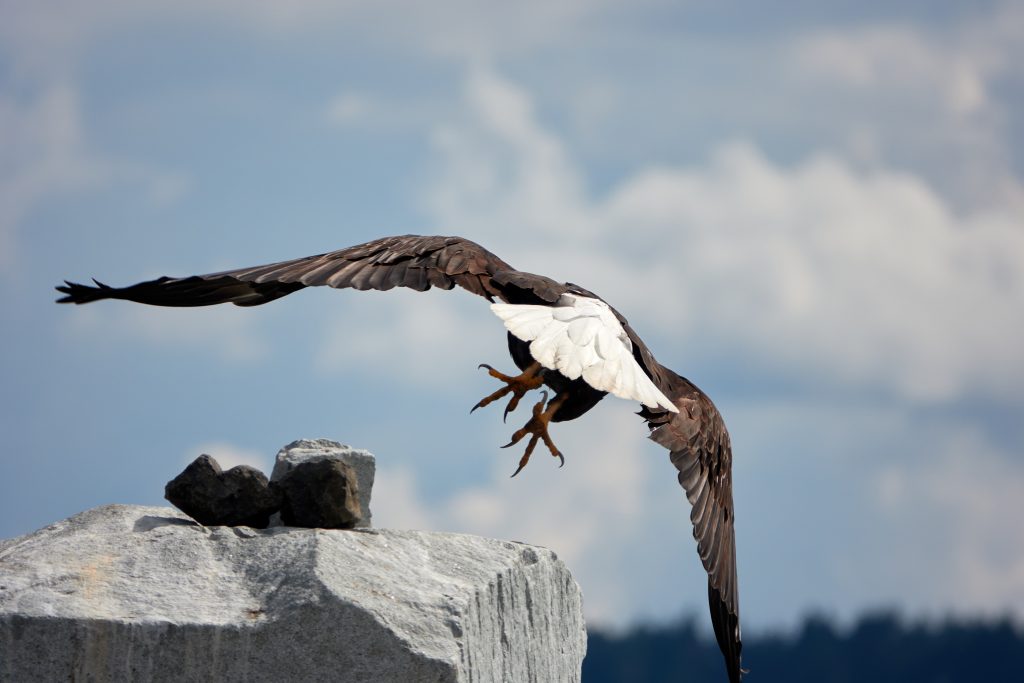 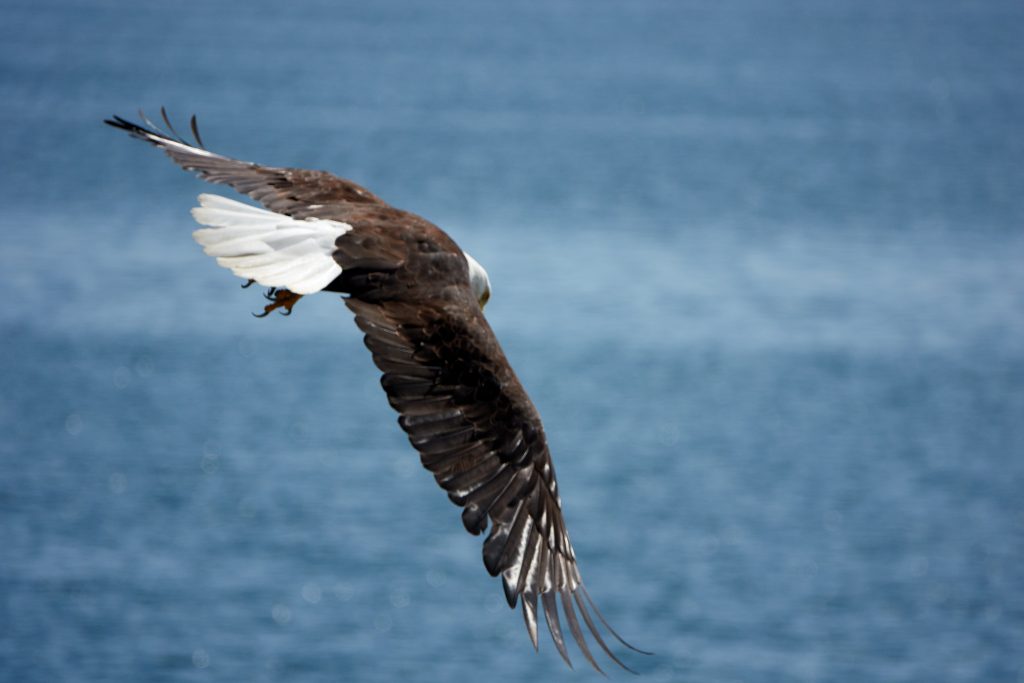 What a beautiful animal! We also saw a 2nd eagle flying but we could not get it sharp on the carmera.

We got back on the road and drove to Elk falls provincial park (parking area N50.038258, W125.329882). This waterfall is close to a reservoir of a power station. Construction in the area was ongoing to replace a wooden(!) pipe by a new one. These were made of wood because at the time the pipe was made metal was really expensive. Despite the construction we could still see the waterfall: 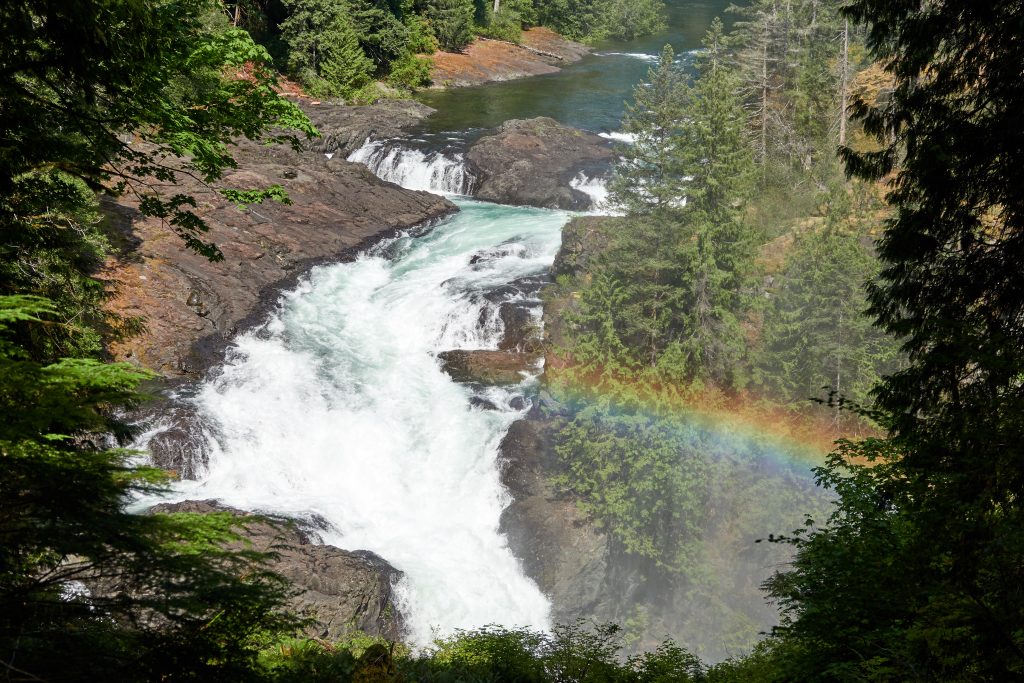 Due to the spray of the water and the sun, we could see a double rainbow: 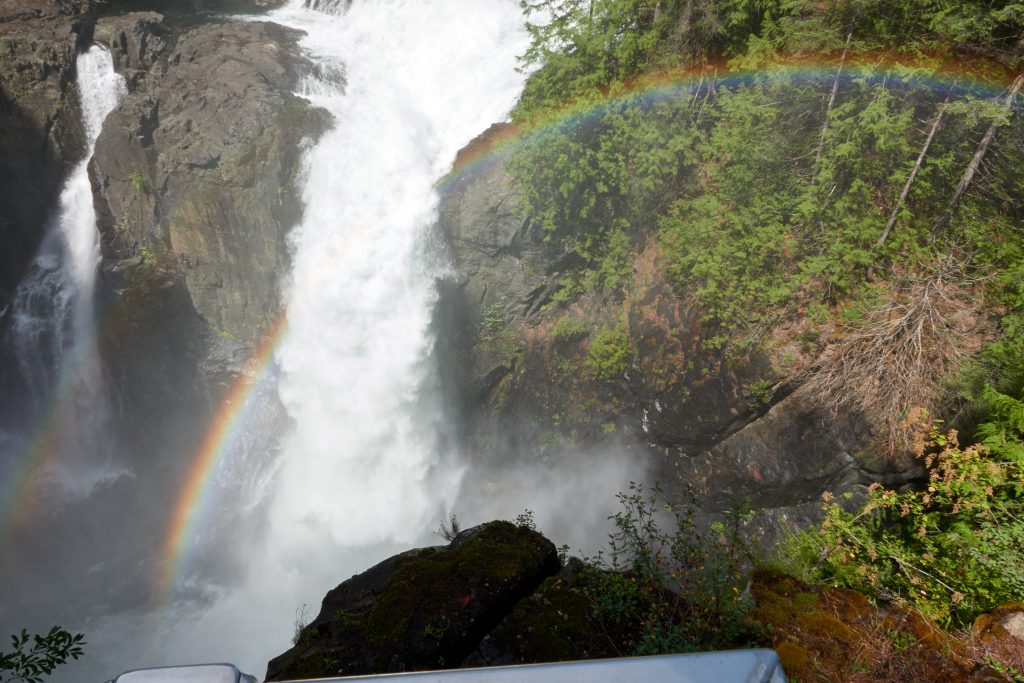 There was also a suspension bridge over the water enabling viewing the waterfall from the other side: 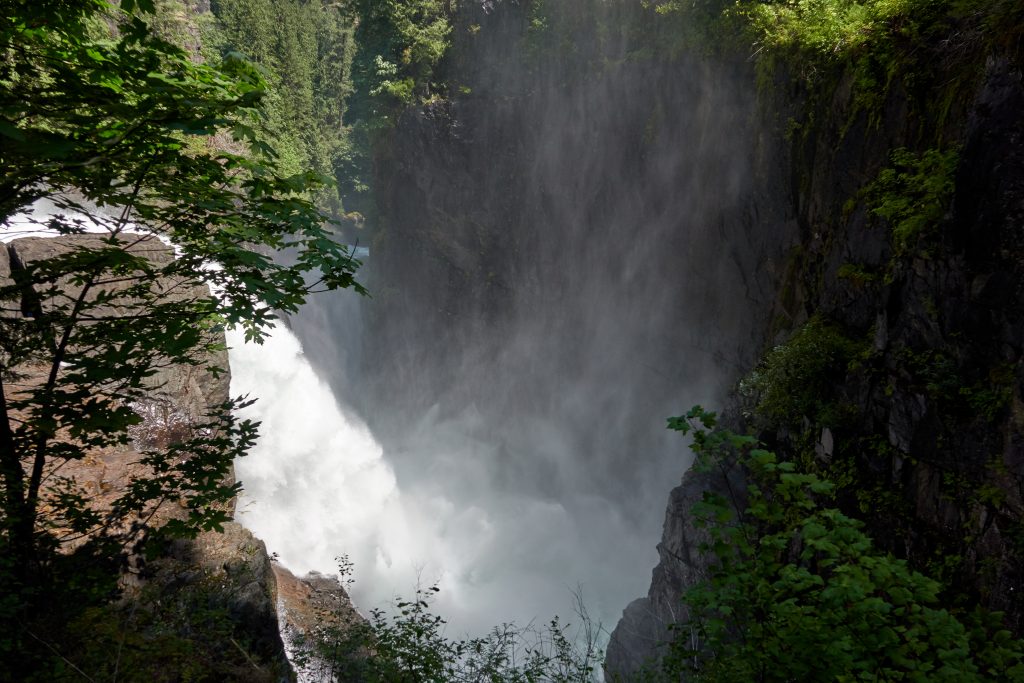 There were also a number of paths in the park, where you can have a nice walk, really relaxing surroundings there.

Today we also visited a second waterfall, the Nymph falls (parking area N49.672277, W125.082349). This waterfall is not that high but it is rather wide. Apparantly popular as a spot to cool down: 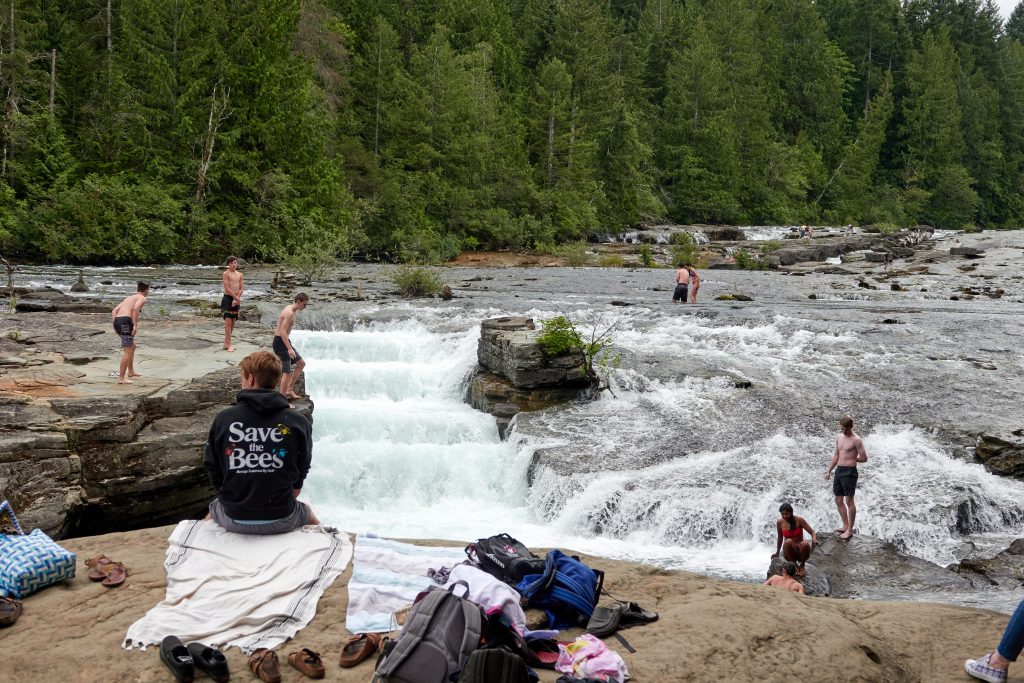 After we had a look around we went to the B&B “Money pennies bed and breakfast” (N50.023753, W125.249528). Nice detail: its on Elm st., same street as in the horror movie “A nightmare on Elm street”. This B&B is in the owners house. Looks like there are two room which are rented out. The room we have is an ok size and rather nicely furnished. After dropping some things in the room, we decided to go on foot towards the center of town which is close to the water. Outside the B&B there was a black cat on the street: 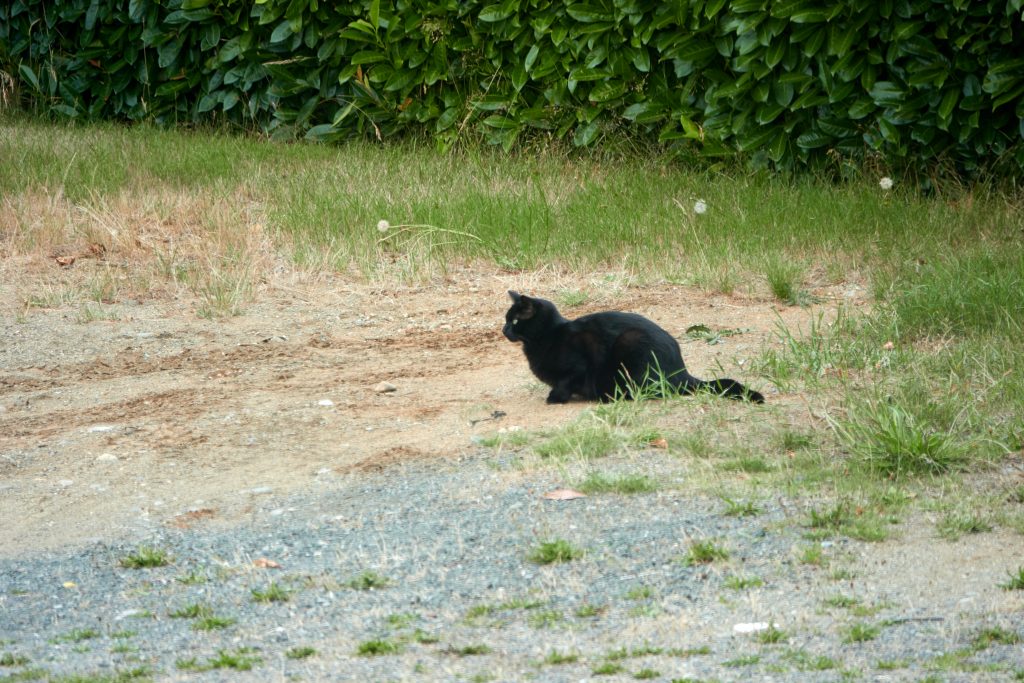 After that we had a stroll around the harbor an area around it. The harbor of Campbell river: 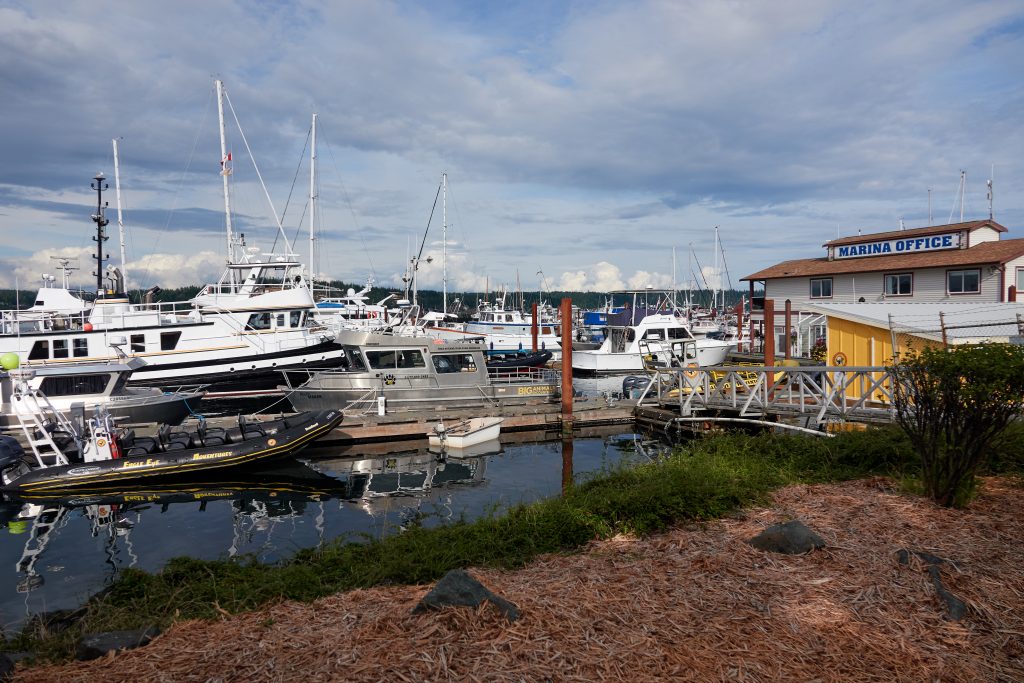 We saw one of the boats of “Eagle Eye adventures” in the harbor. Tomorrow we have booked a whale/wildlife safari with this organization (Click on the photo and zoom in on the yellow boat).

Different part of the harbor: 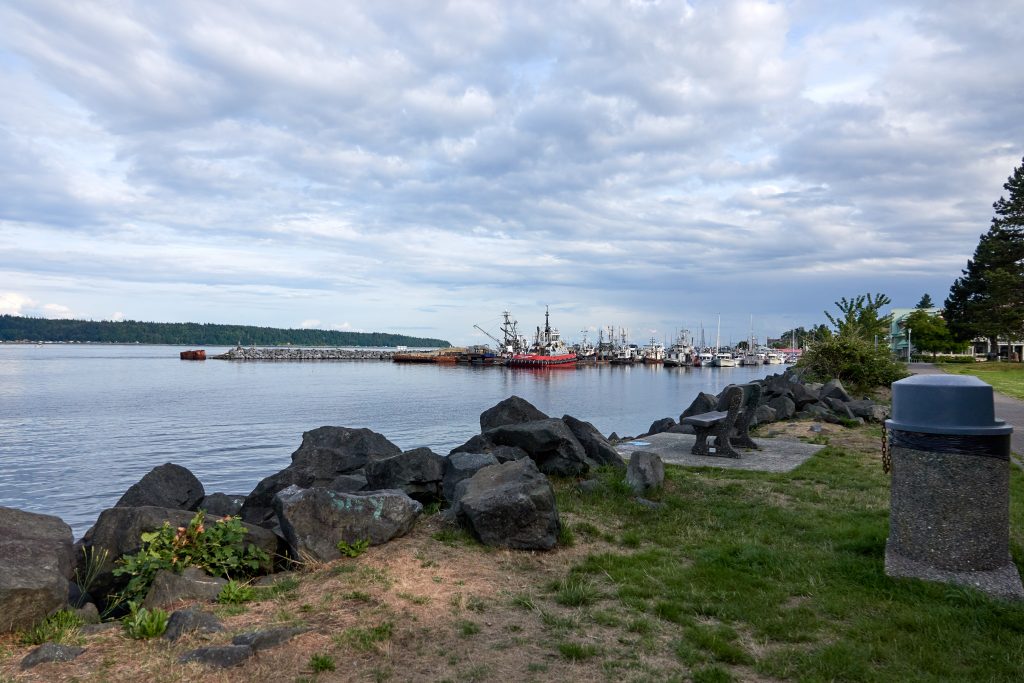 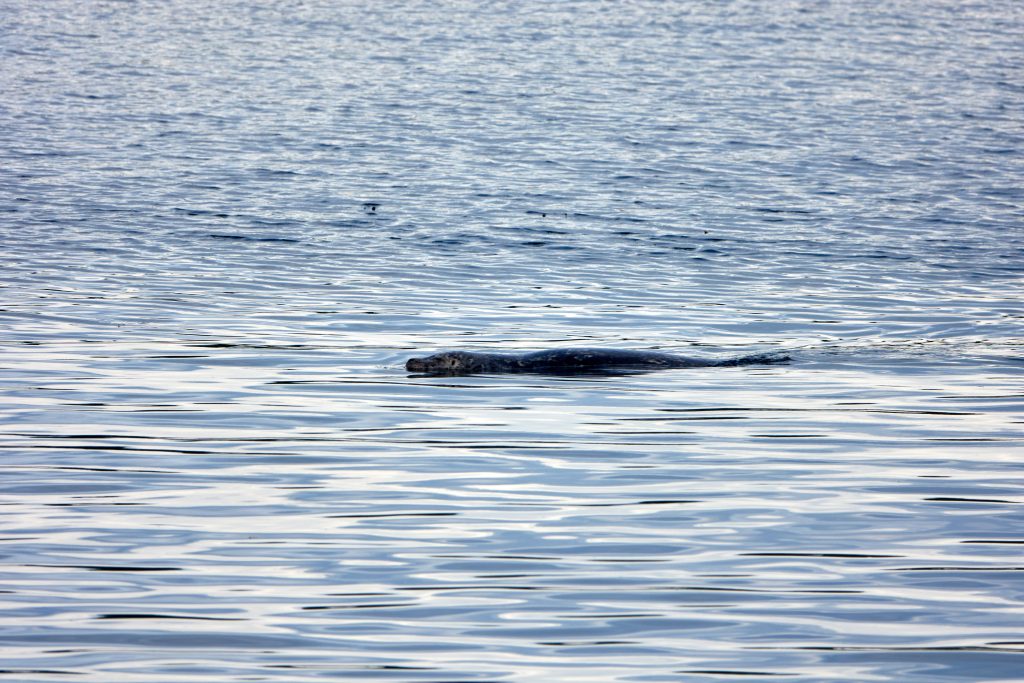 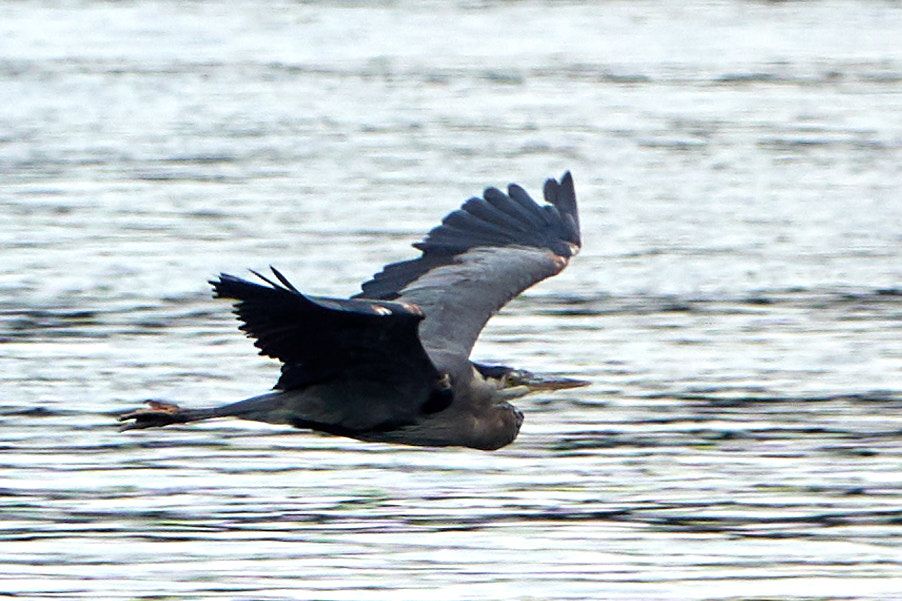 It was getting late already so we decided to walk back to the B&B.