Today I did another flight in the PHWOH: 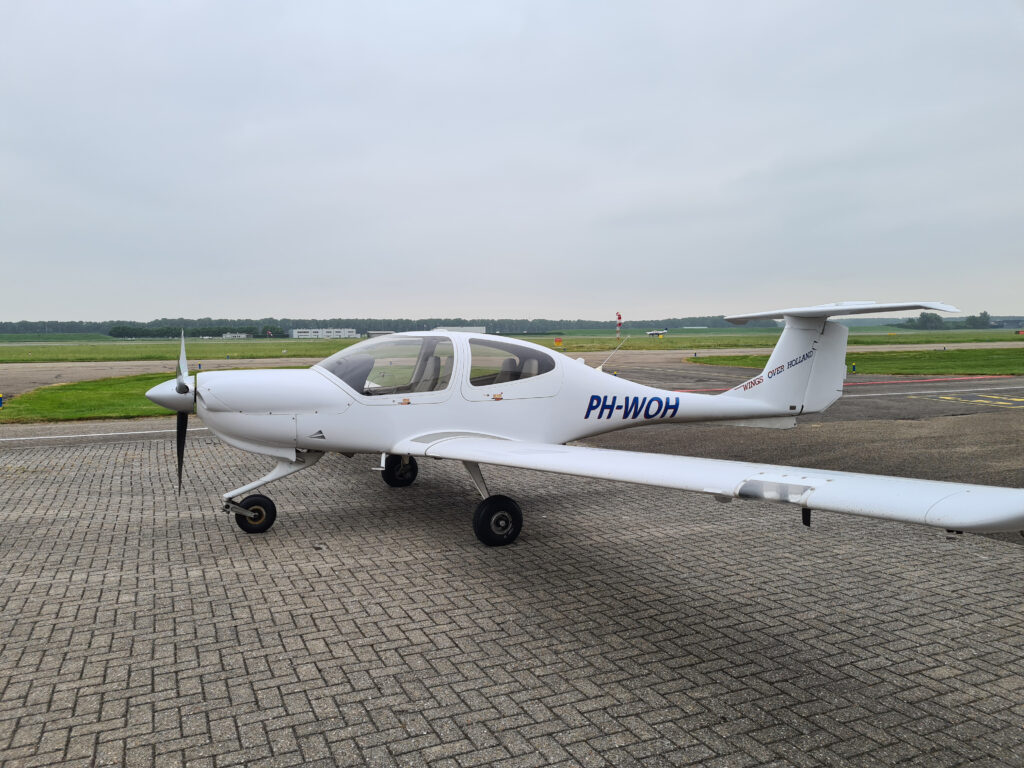 My last flight as pilot in command (PIC) was a while back as everything was closed due to corona. That also meant that my instrument rating expired and I had to take a training flight with a flight instructor first. I did that some time ago already but then everything closed again due to corona… So after it finally opened up again I did another flight with a FI (flight instructor) just to get into it again. That went fine, then I did my prof check to activate my instrument rating again. That was a flight from EHLE to EHGG and back. As it was during the day we had to do a VFR (visual flight rules) departure. I asked delivery if we could have a runway heading departure as runway 05 was in use. This is how it happened. Switched to the IFR (instrument flight rules) flightplan with dutch mil. Then climbed up to FL050. Somewhat surprisingly EHGG had the runway in the other direction. So my FE (flight examiner) asked approach if we could do a RNP 05 circle to land 23. He put a bag before the windscreen to simulate “low visibilty”. I flew the approach on the autopilot (that lowers the workload immensly). At the miminums the runway was not in sight so I initiated a go around. Via one turn in the hold we went now for a VOR 23 approach. The FE asked me to fly it manually, which I of course did. I kept it nicely few hunderd feet above the minimum altitudes until we “broke through the cloud layer” (FE removed the bag). That went fine, did a touch and go. So that was enough to convince the FE that I had sufficient proficiency. So we headed back to EHLE and cancelled IFR along the way. Total flight time approx 1:10.

Today I have booked the same airplane again. This time no FE or FI with me. I just wanted to do a local flight pretty similar to my previous posting: Diamond DA-40 flight from Lelystad airport.
While driving to the airport I got a call from the front desk if I was still going to fly. Seemed they had cancelled all the flight lessons today due to the cloud cover. I told them I was fully intending to fly as I wanted to go IFR and then the cloud cover is not relevant. It actually is nice to be fully in IMC.

I put my ATC flightplan at 1615 but because they close early, I had to be at the hangar ahead of time. So I had to wait a little. While waiting a helicopter taxied by: 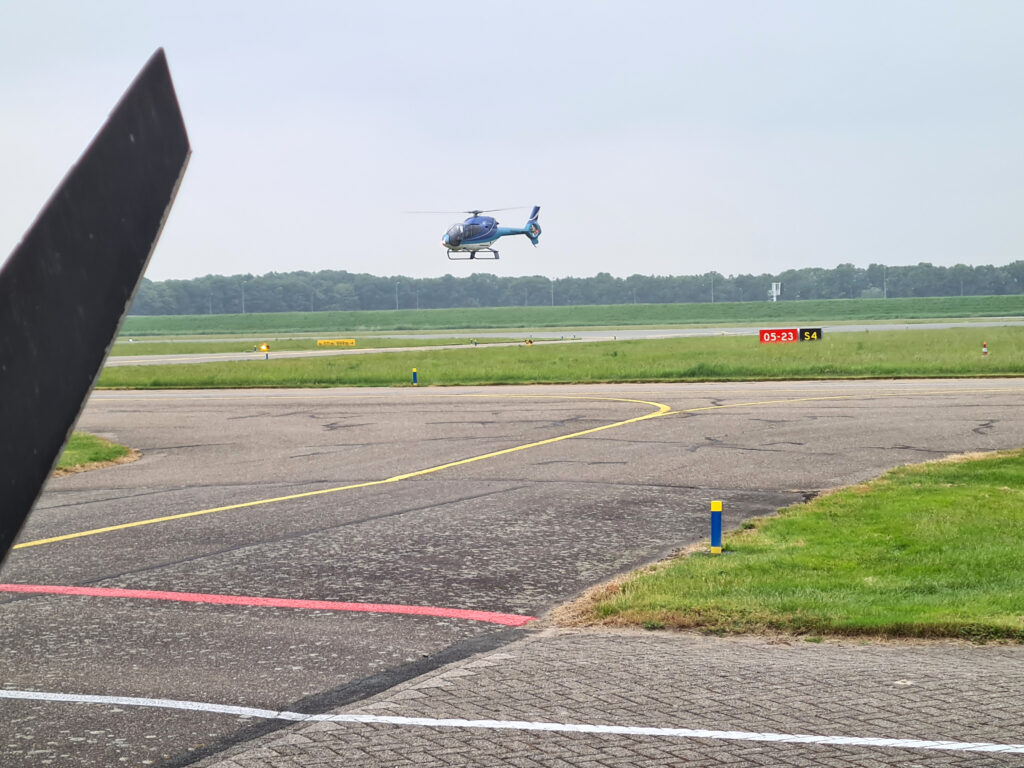 Because I am going IFR it means that fuel reserves have to be typically higher. This meant I had to go fill up the aircraft. I put in almost exactly 66 liters, note the liter price. It is pretty expensive… 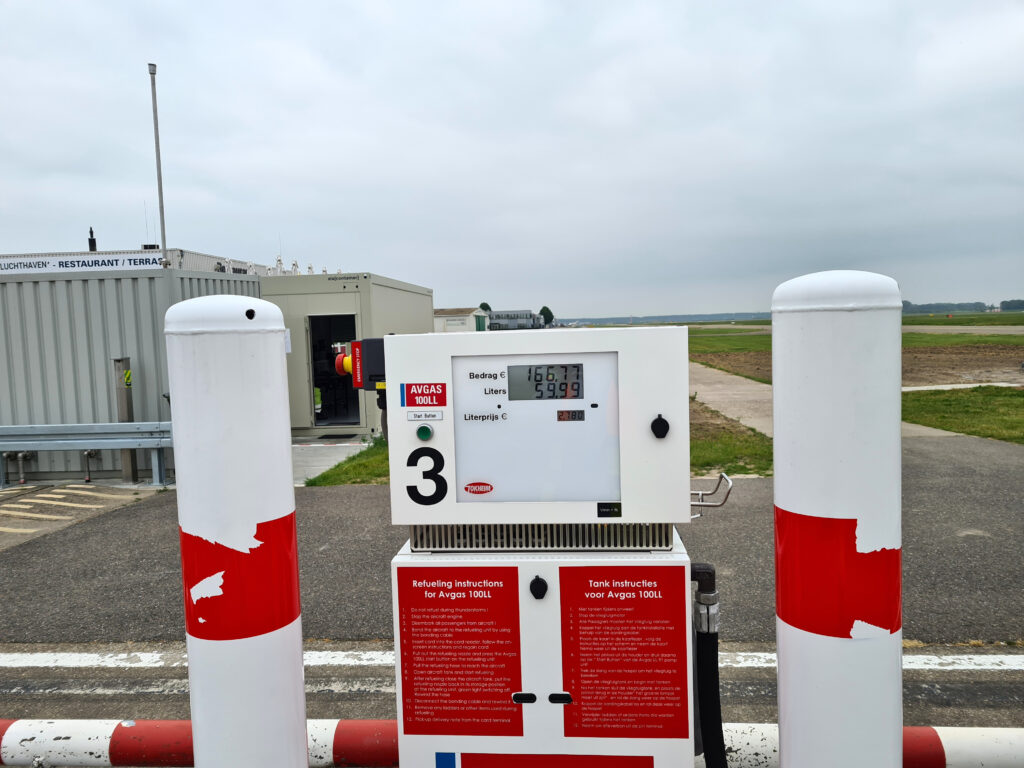 After I asked for a startup I again got a VFR departure assigned (similar to the previous post). After explaining he checked that indeed Lelystad arrival was active and hence could give me my IFR clearance. After taxiing and engine runup, I got a lineup and wait (I guess they have to coordinate with lelystad arrival if they can accept me at this time). Short while later i got a “cleared takeoff”. At around 1000ft I got into the cloud and was in IMC: 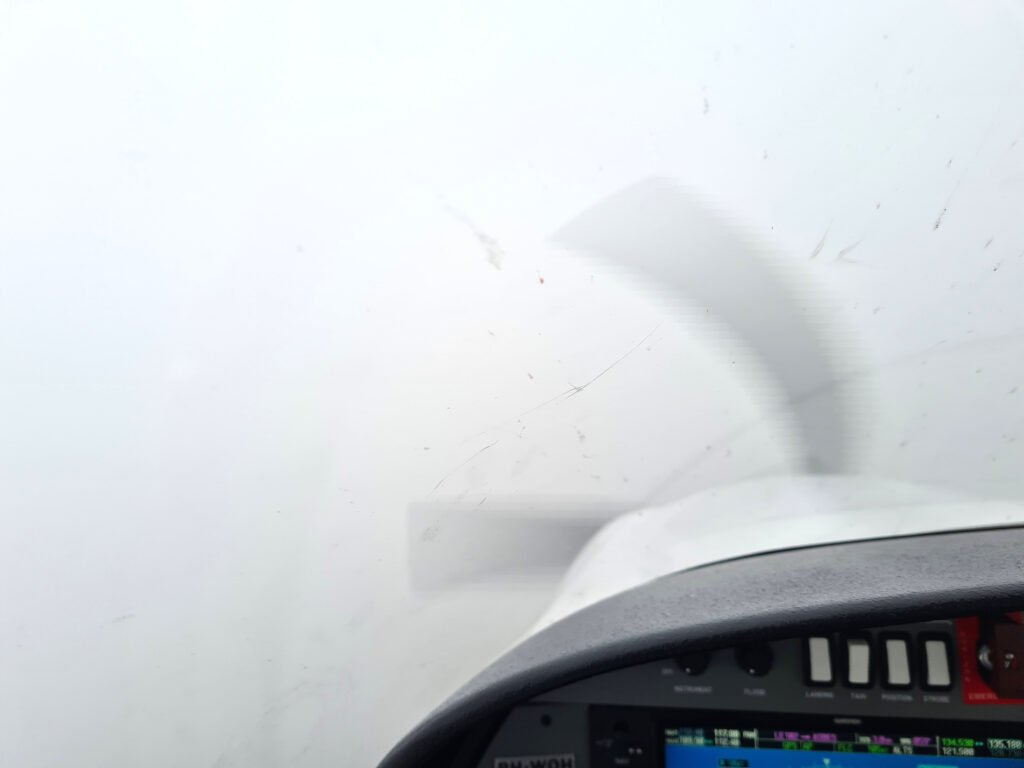 At one point I broke through the cloud layer and was now inbetween two layers. A rather nice sight: 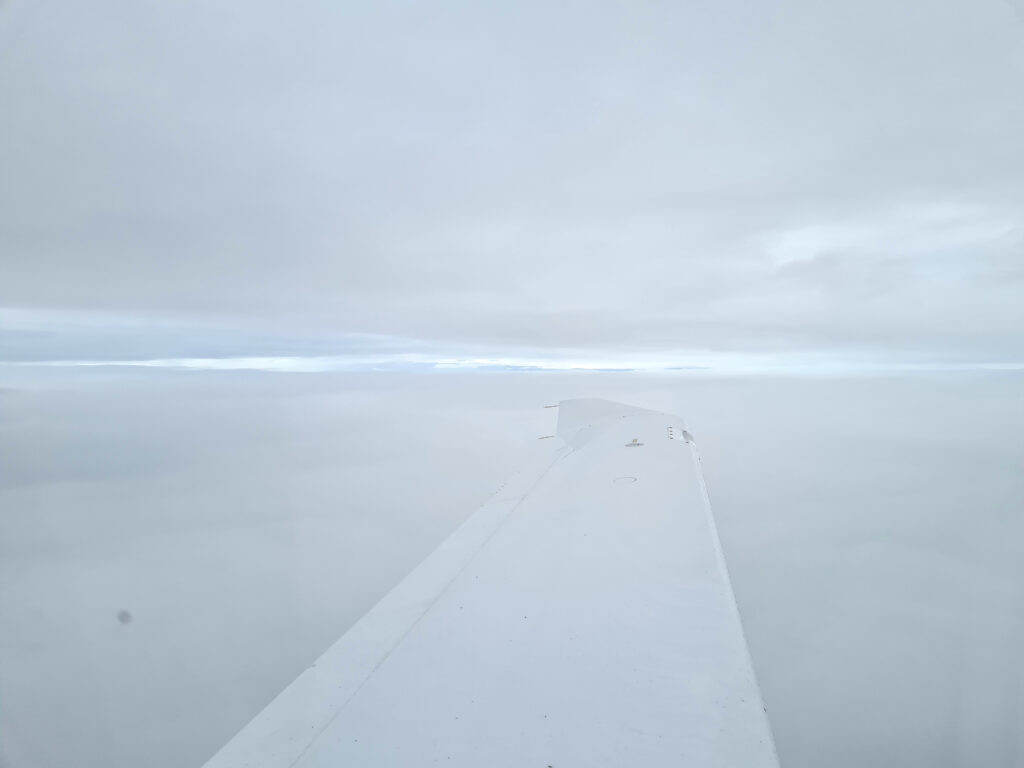 I flew a part of the GRONY1M departure and then asked for a RNP23 approach, touch and go, fly the missed approach then radar vectors to final for another RNP23. On final at 1600ft still no runway in sight. 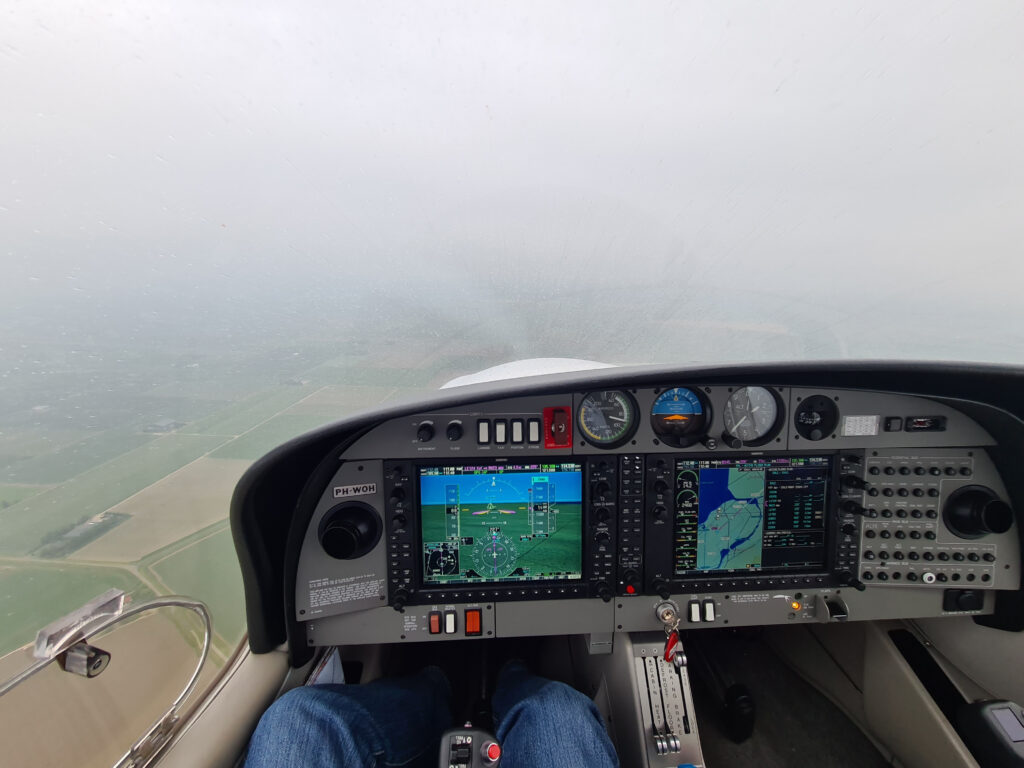 But I still have a long way to go to minimums (240ft, airport is few feet below sea level).

After two easy approaches I made a full stop taxied back to the hangar. It was nice to be PIC again. Next time I hope to go to rotterdam or maybe niederrhein. Maybe with a fullstop there (but it does depend a bit on the handling costs etc).