Today we will stay in the Peachland area, because we will sleep another night in the same guesthouse. There is no breakfast at the guesthouse so we first went to downtown Peachland for some breakfast. We ended up at Bliss Bakery (N49.781965, W119.723509). This was fine. Make a photograph of our rental car: 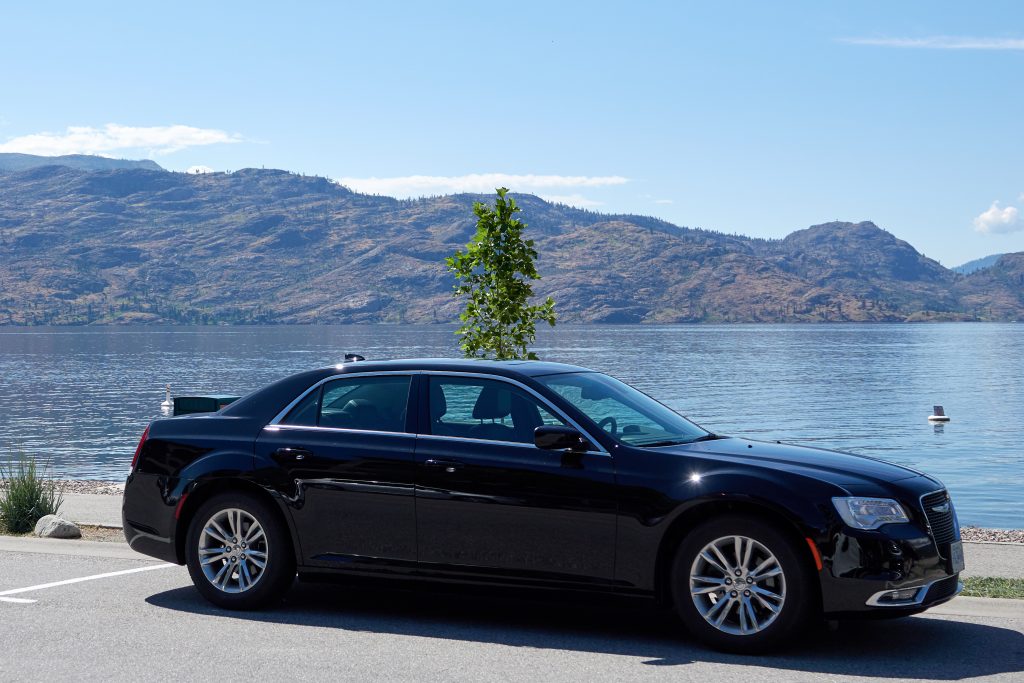 After breakfast we went to the Kettle Valley Steam Railway in Summerland (N49.587228, W119.732738). We want take a ride on the old steam train. This steam train rides over an old part of the Kettle Valley Railway route. Yesterday we already walked over part of the route (at the Othello tunnels). However, after we arrived at the train station it turned out that the train is not running today (we could have known if we would have looked it up on the internet…). Somebody working there told us that the train does run tomorrow. Tomorrow morning we will still be in Peachland so we get another chance tomorrow. This does give is the possibility to look more at Summerland surroundings today. There are a lot of fruit trees and vineyards in Summerland. The fruit is used to make different products that are sold at e.g. Summerland sweets (N49.568659, W119.657673). We had a look there: 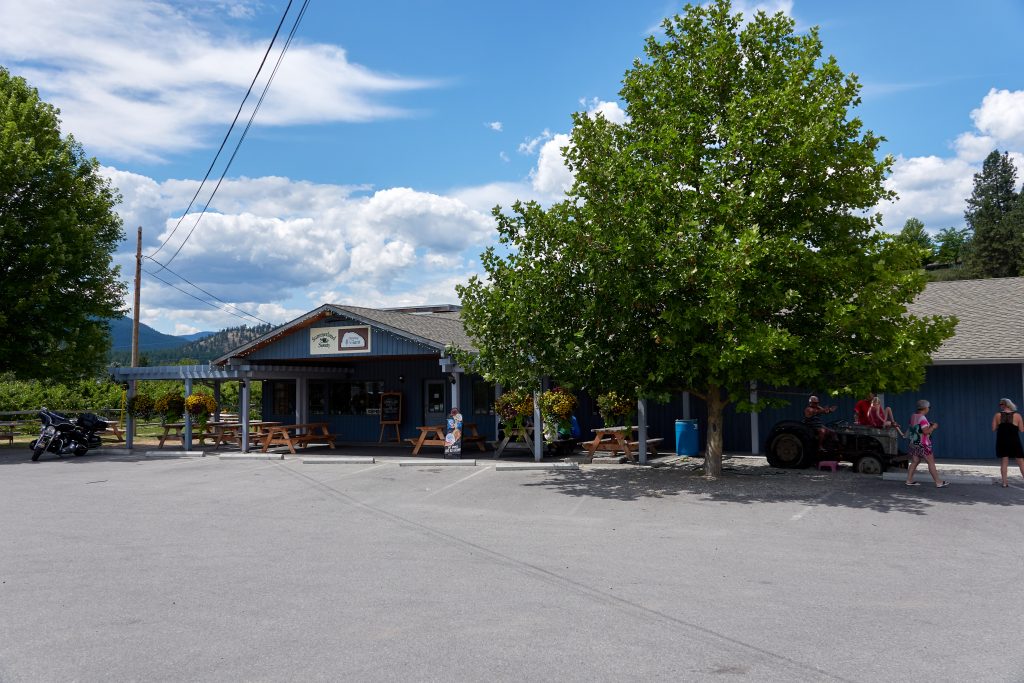 There is not much to see there other than the shop. We bought some items as souvenir (syrup, jam, and sweets) and also some ice cream. 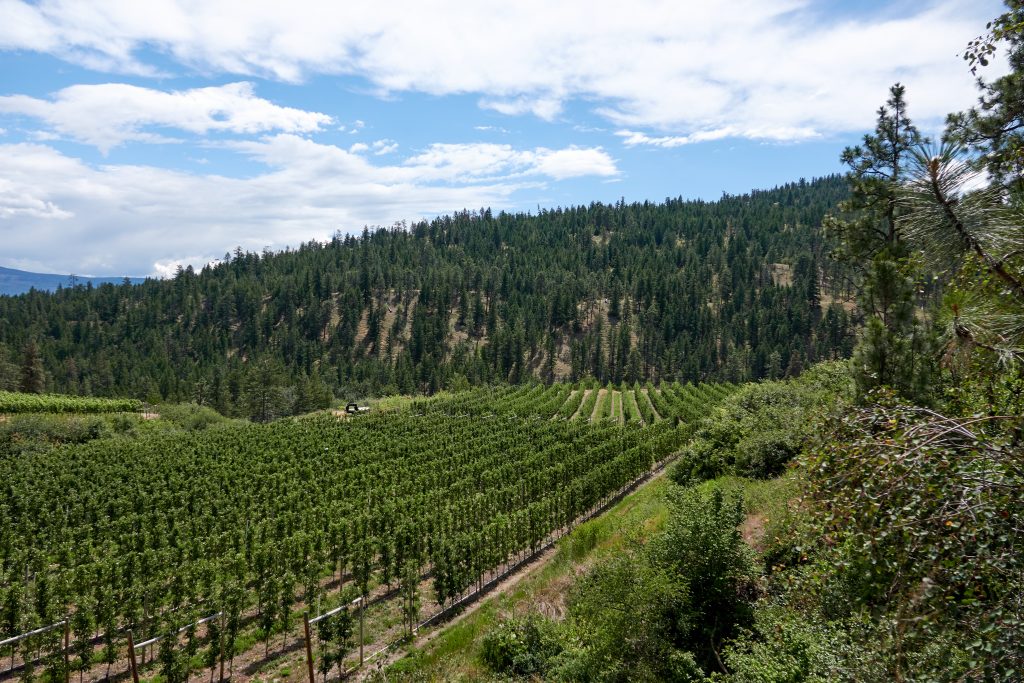 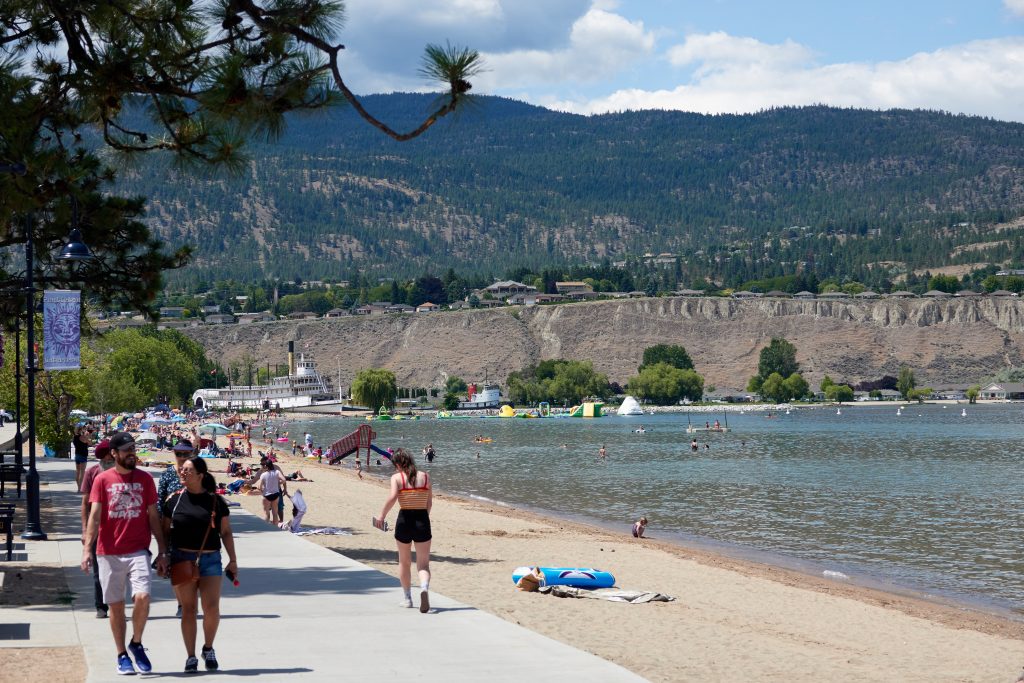 Is a nice beach, but we do not really like to bake on the beach so we did not lie down or anything. Down the boulevard there is an old steam boat on the beach the SS Sicamous. We went inside to have a look (its not too expensive). The steam engine: 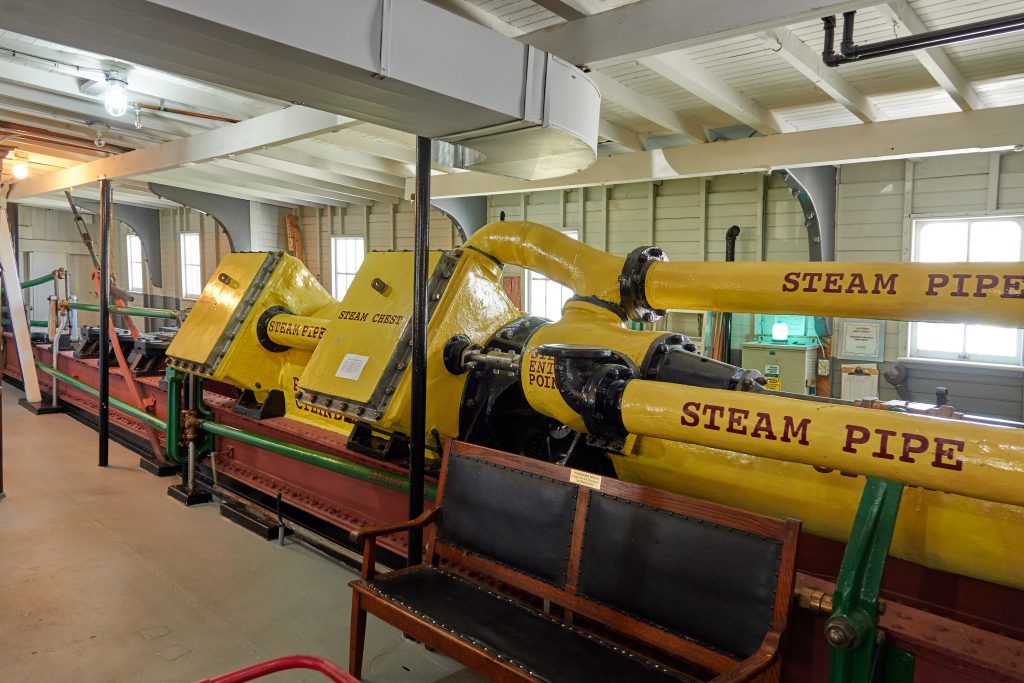 The boiler, where the team is gathered, then send to the drivetrain: 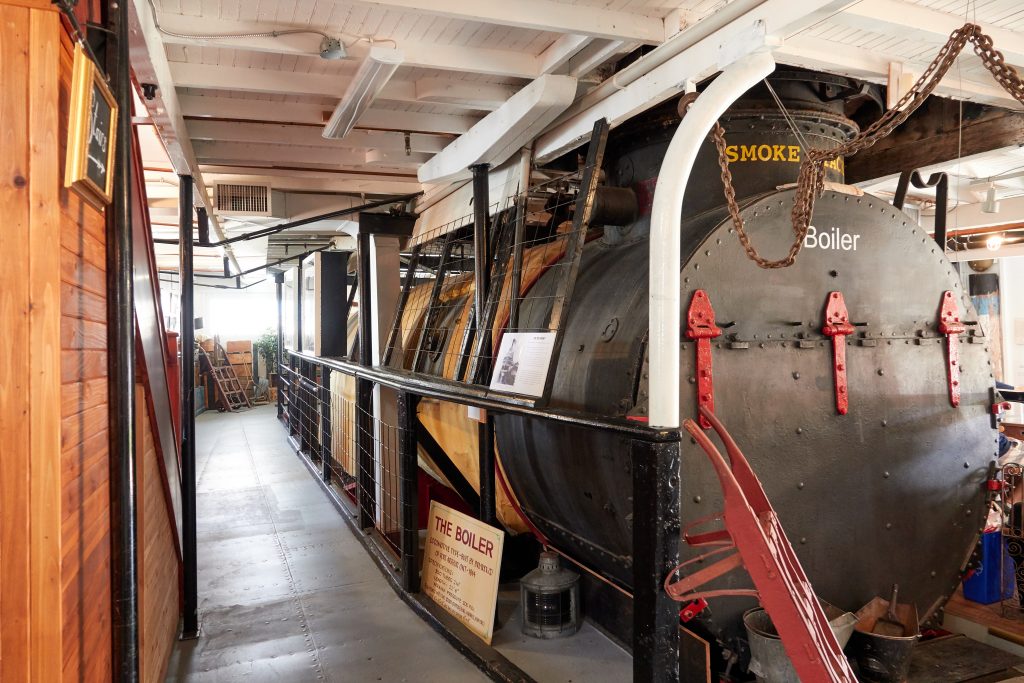 And the firebox, where the fire is made to turn the water into steam: 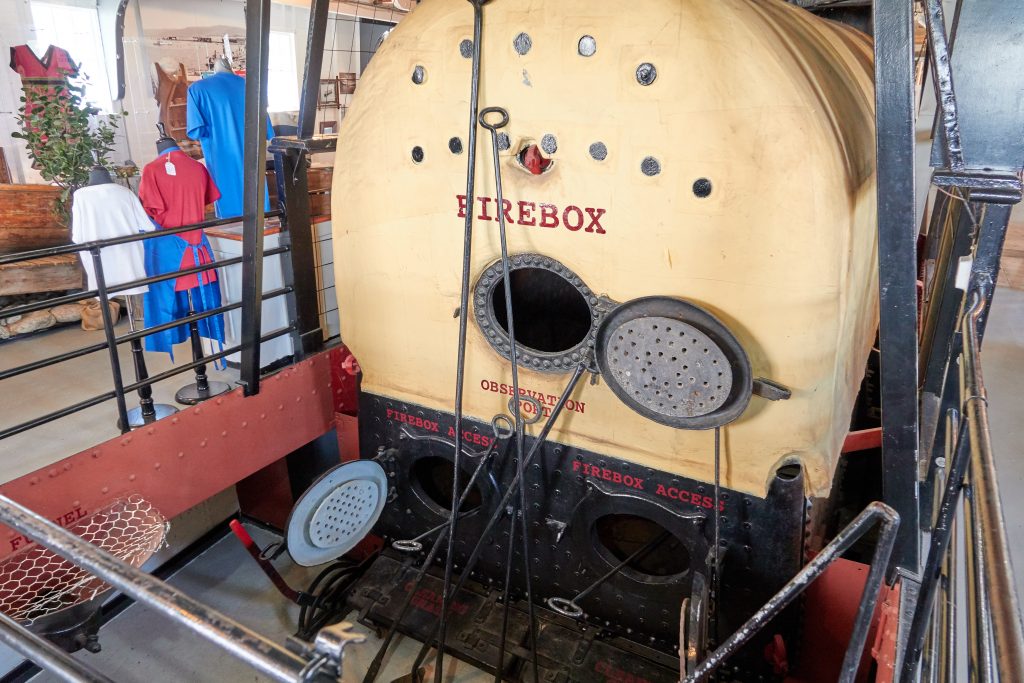 Photo of the outside:

After we saw the boat we went back to the car to go to Kelowna. That is rather a nice town where we had a stroll along the water. One of the local Canadian saw us walking there with a camera and told us that there were ospray nesting in a small nature area (N49.895869, W119.500208). 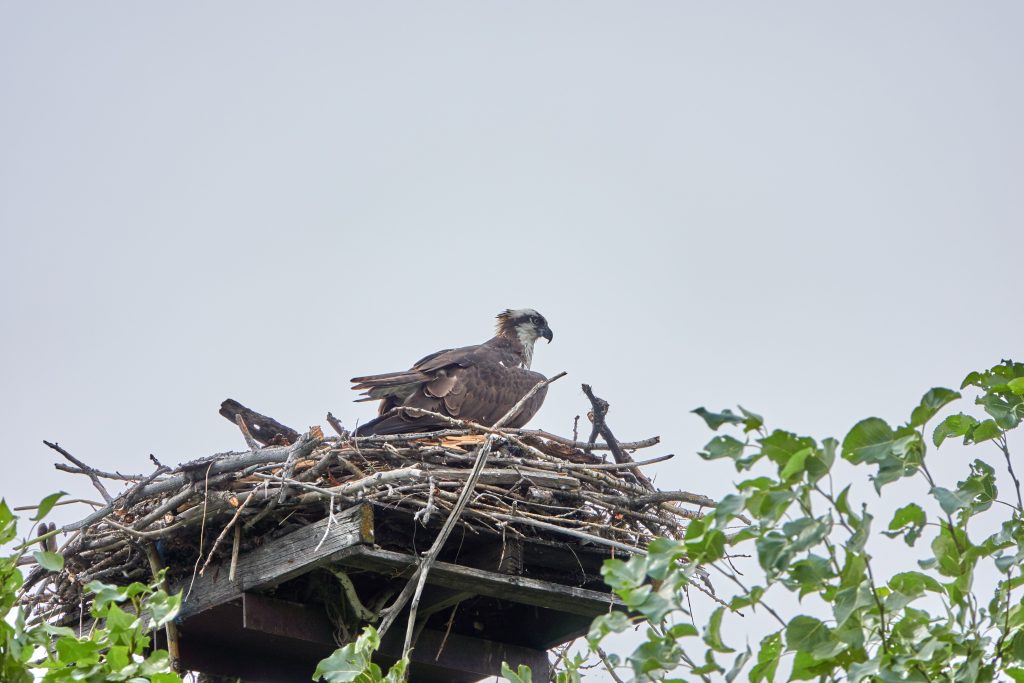 This turned out to be Rotary Marsh Park. There was also a dear with to young wakling around: 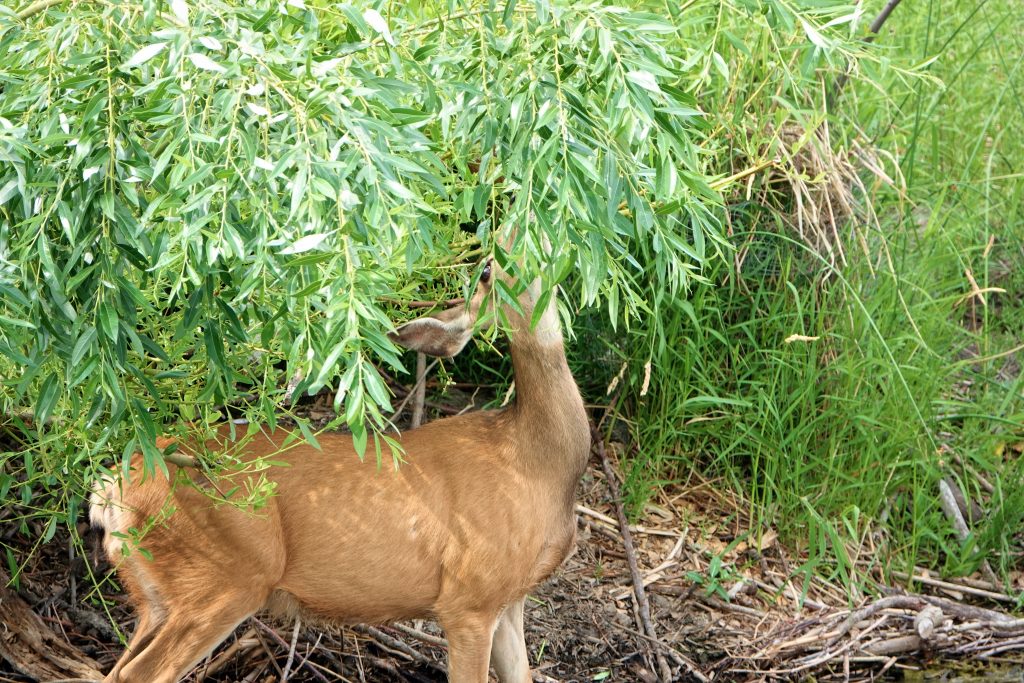 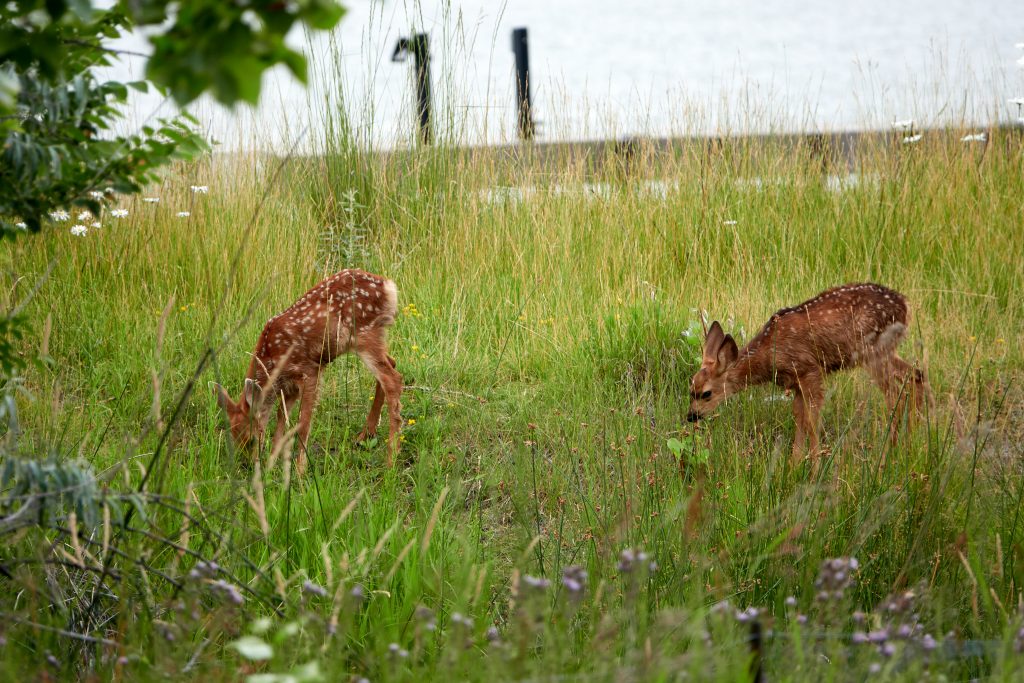