Today we first had a look at National Park Shete Boka. There is a carparking right after the entrance (N12.3675706 W69.1167920). You can leave the car there and look at everything on foot, but we did not really know how far it is to walk to we set out with the go west to Boka Wandomi. 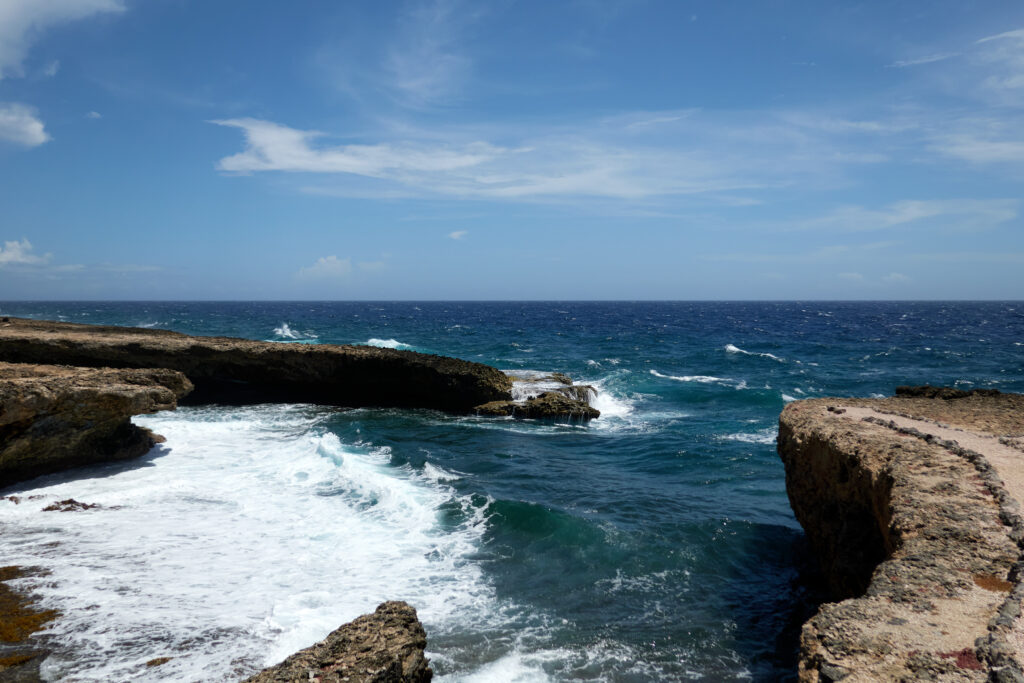 The park consists of a number of these “Boka’s”, which are sort of locations where the coast erroded away. On the north east side of the island the sea is much more rough than on the other side with all the beaches. On these boka’s the waves can hit rather violantly.

You can see a stairs going down and going up again on the other side. There you have a view of a natural bridge: 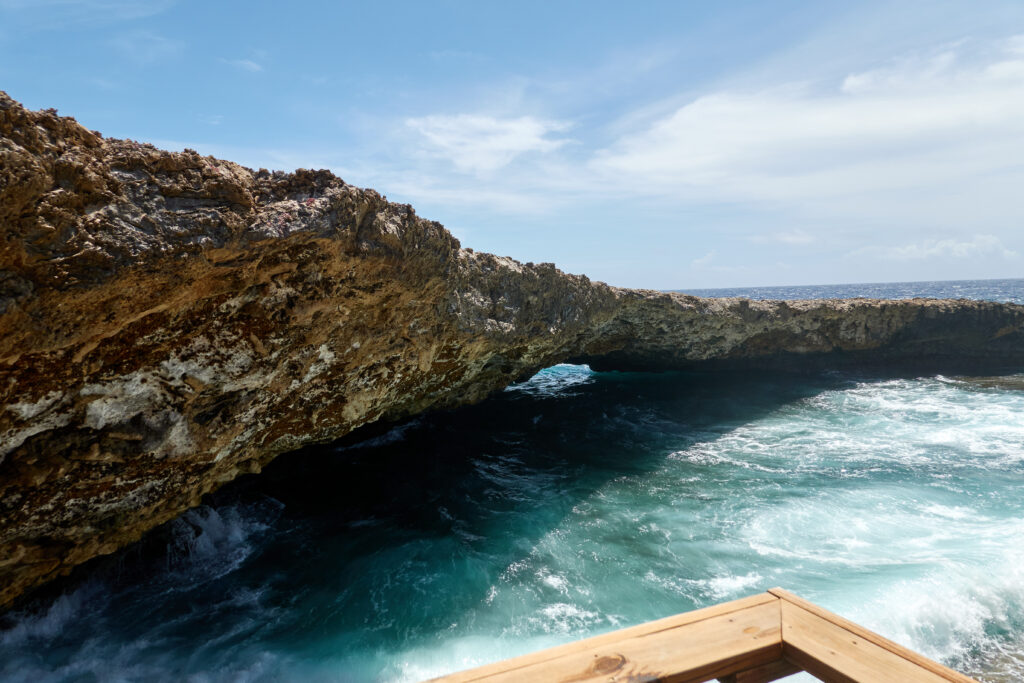 On the way back we went via the water: 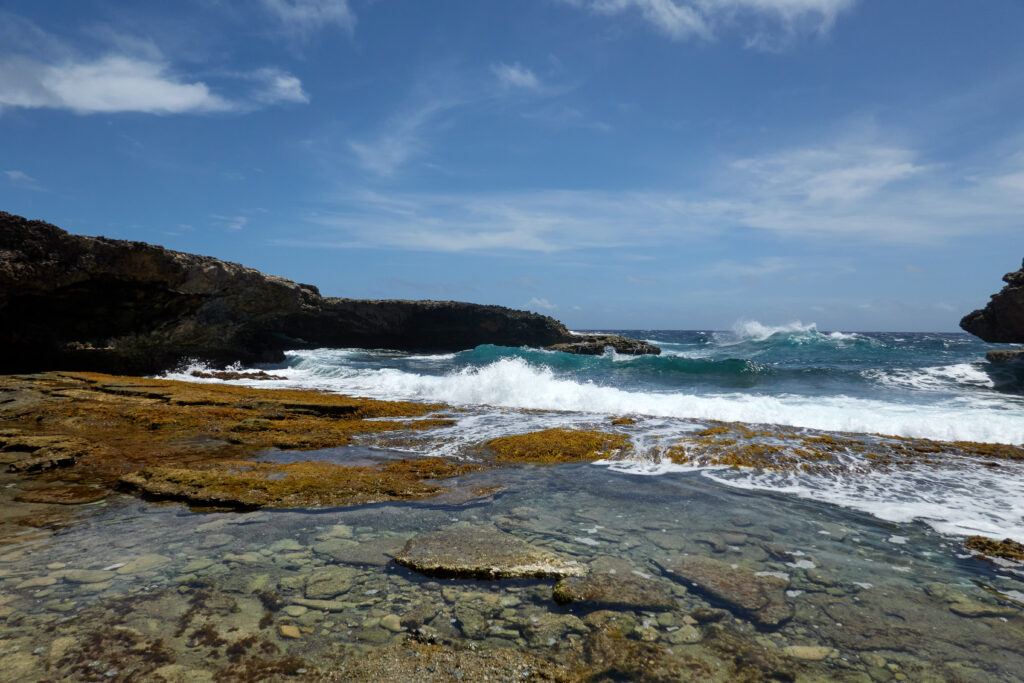 There were some snails at the water side: 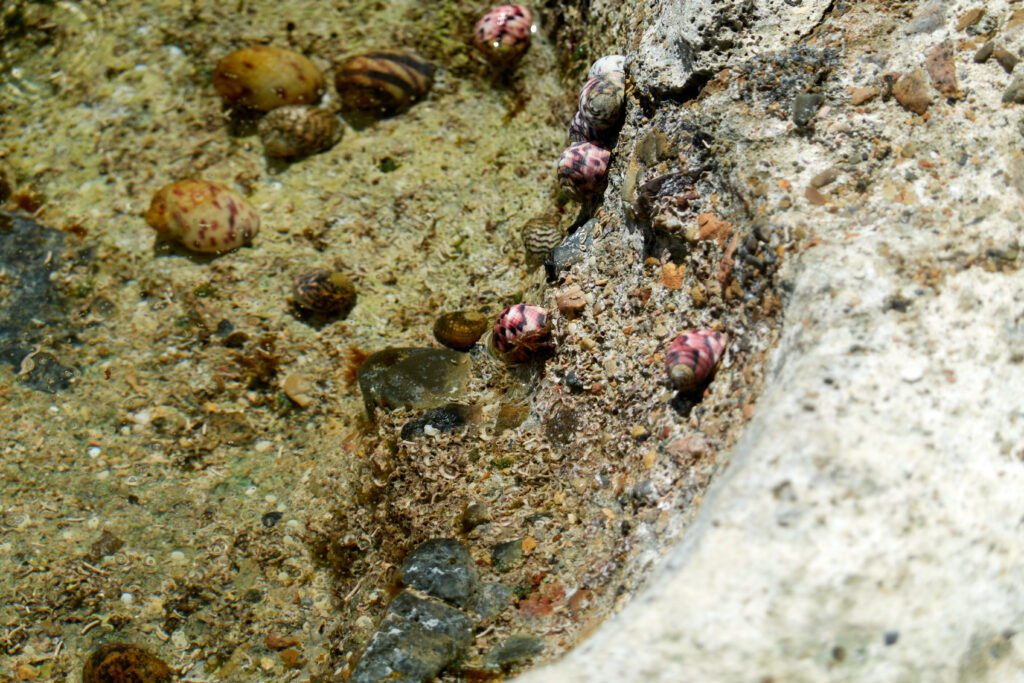 We saw on the map that more towards the east that there was Boka Tabla (N12.368983 W69.115945). So we started walking along the coast, however, we didnt really look carefully at the map because it actaully was more or less at the entrance of the park. The walking distance turned out to be not too bad. Very nice waves over there: 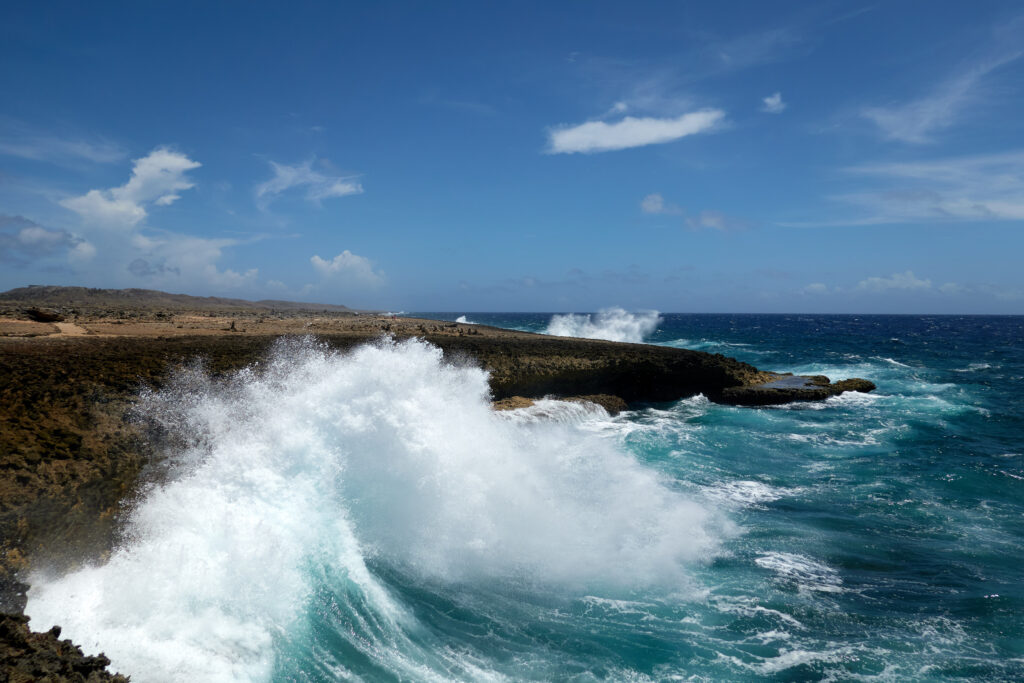 There is also a cave at Boka Tabla: 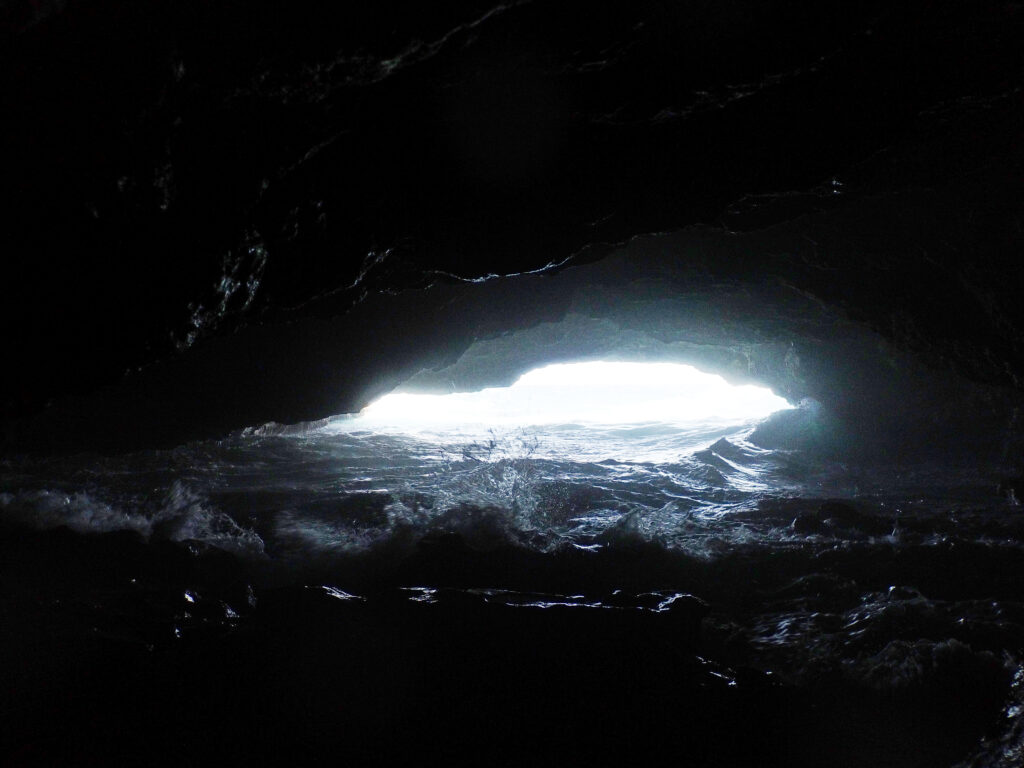 It was rather moist there, with a lot of small water droplets floating due to the waves. So we just used the underwater camera there to take a quick picture. After that we walked back to the car (that was still at Boka Wandomi) and then drove to Boka Pistol (N12.365363 W69.108375).

The rocks at Boka Pistol are in sort of a V shape, which means that ones the waves reach all the way to the end the energy makes the water get “shot” back towards the sea: 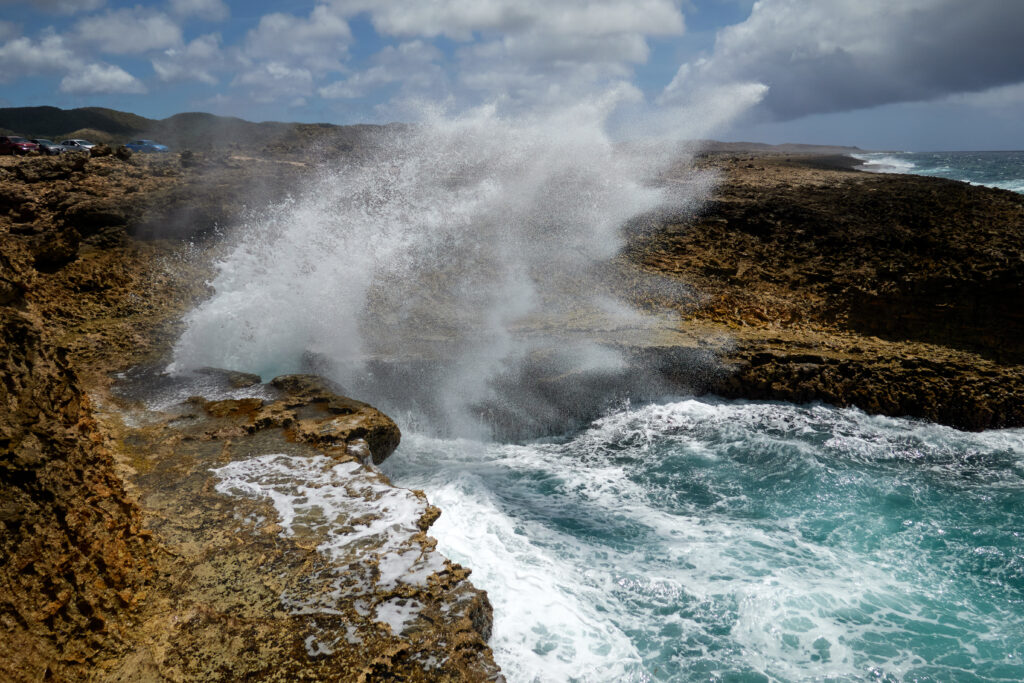 After Boka pistol we wentback to the entrance, along the way we made a photo of “Pos di Shai” geschoten (N12.3637 W69.113755). This was mentioned on the map, but no idea why it is actually special… 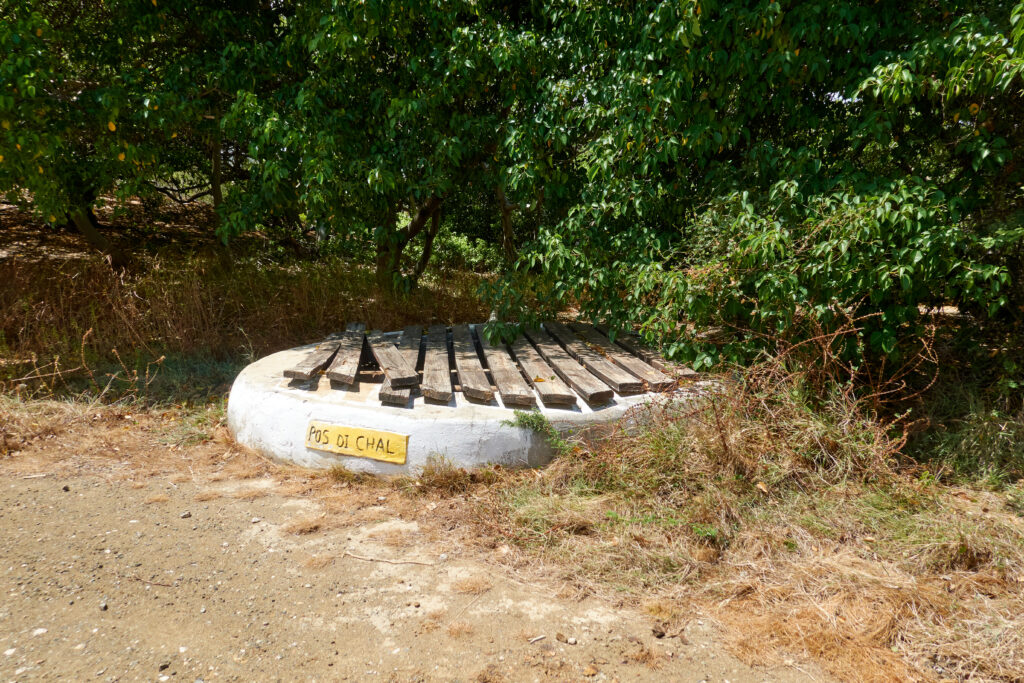 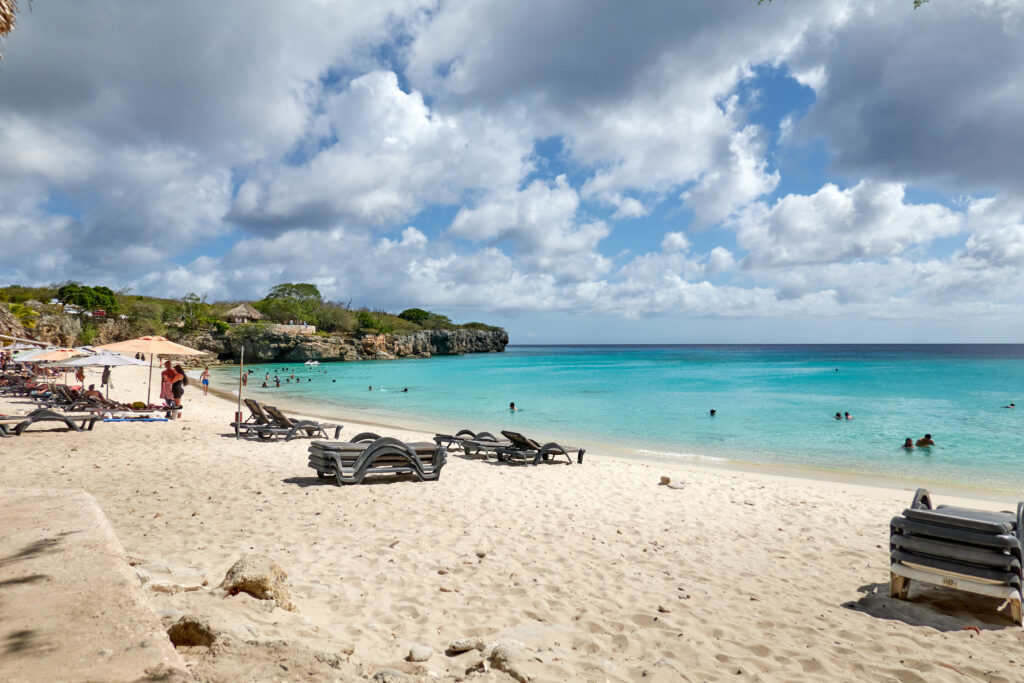 Below and aboce the water you can spot some wildlife: 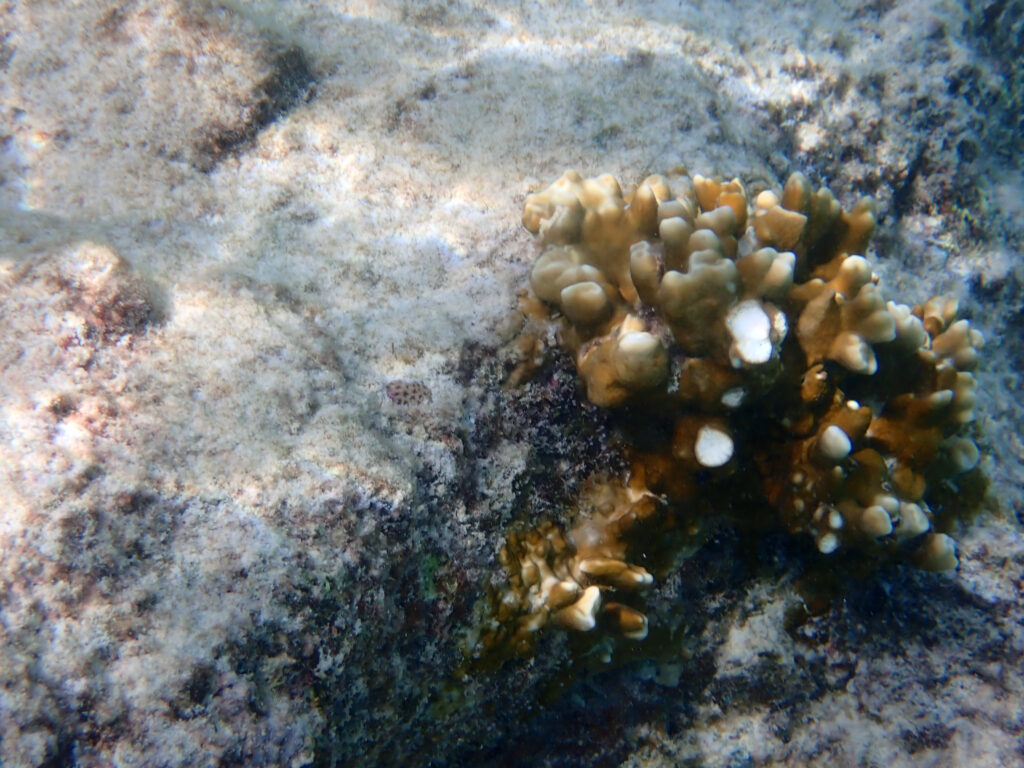 Spoted a moray eel (small one): 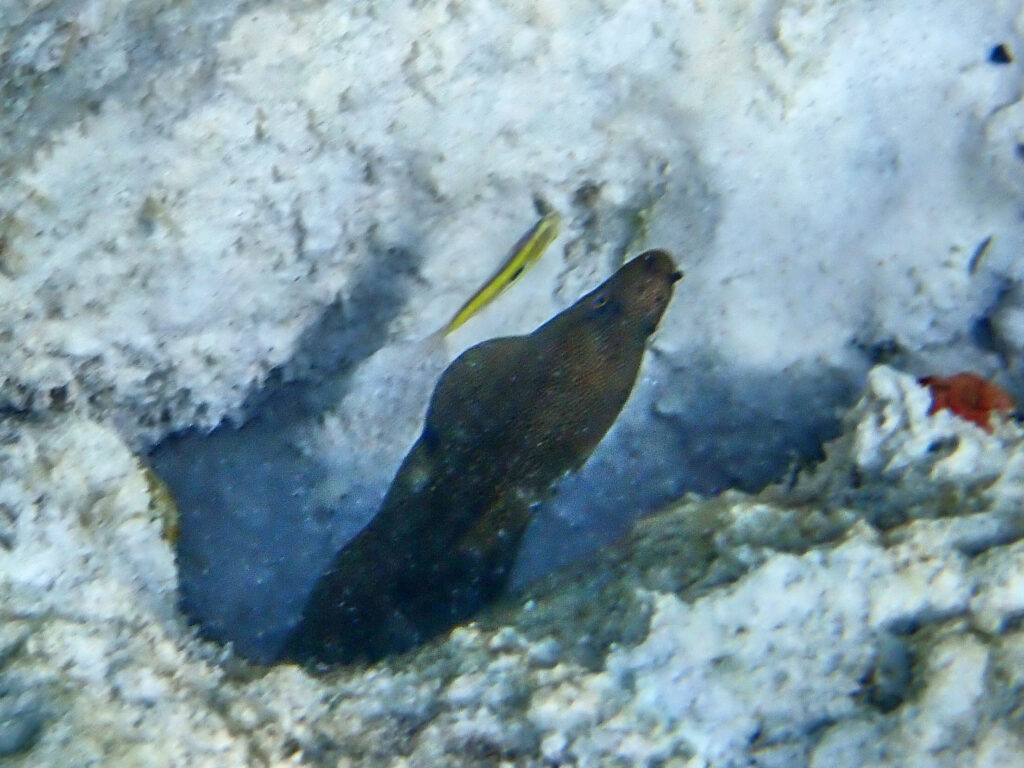 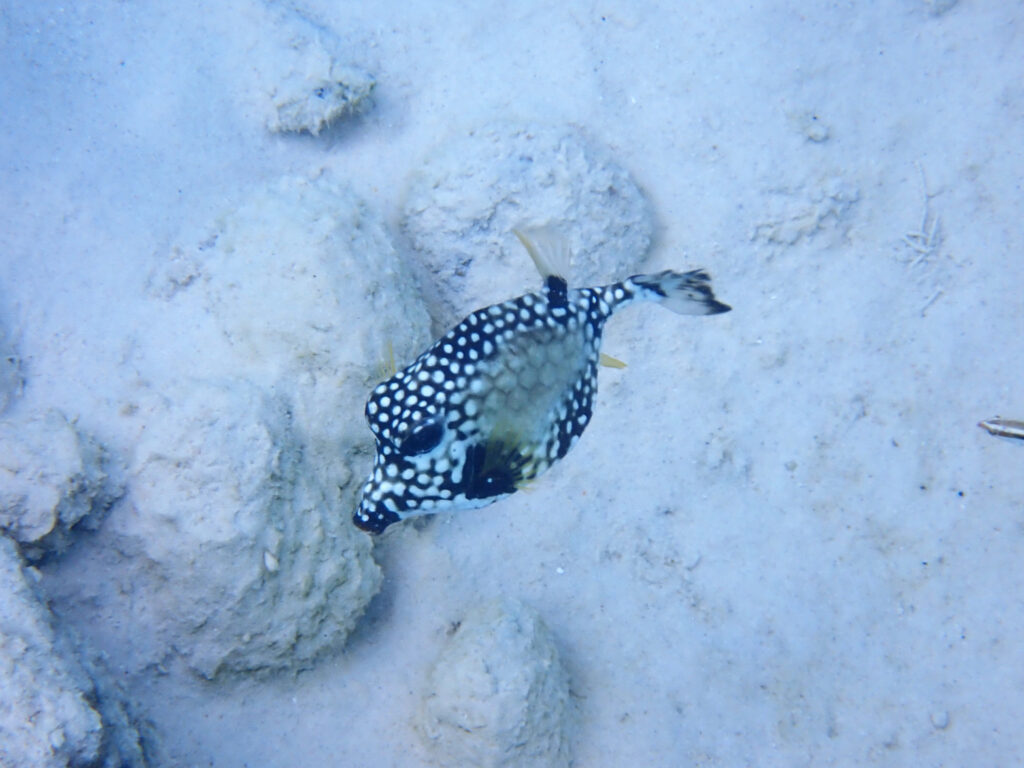 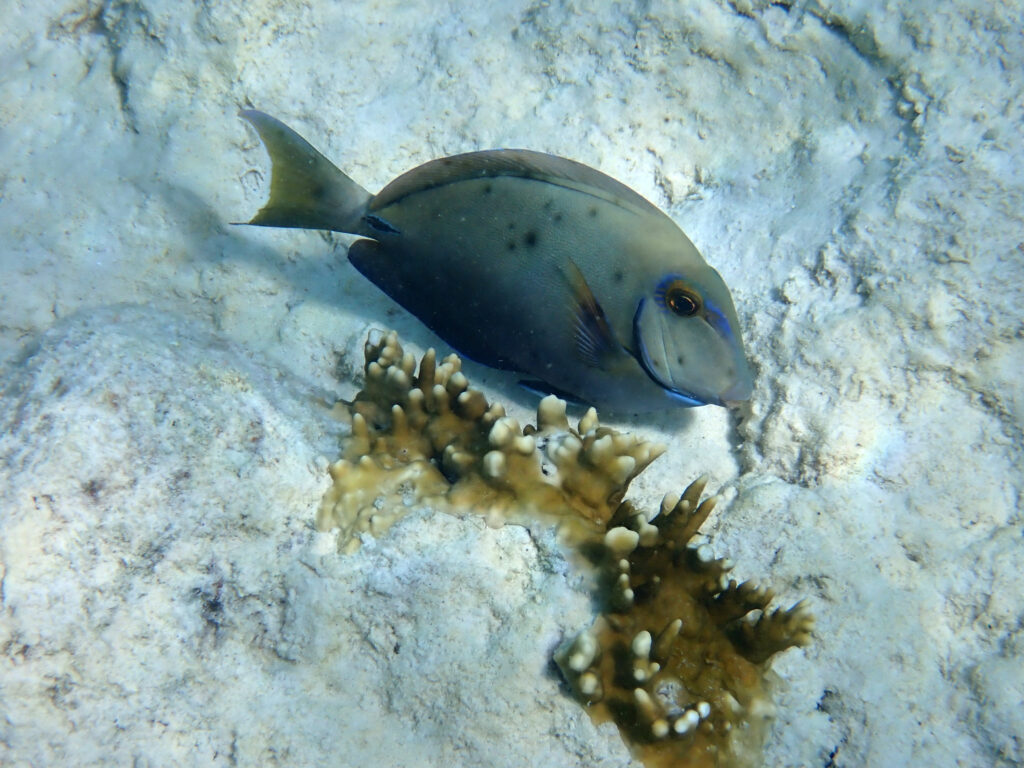 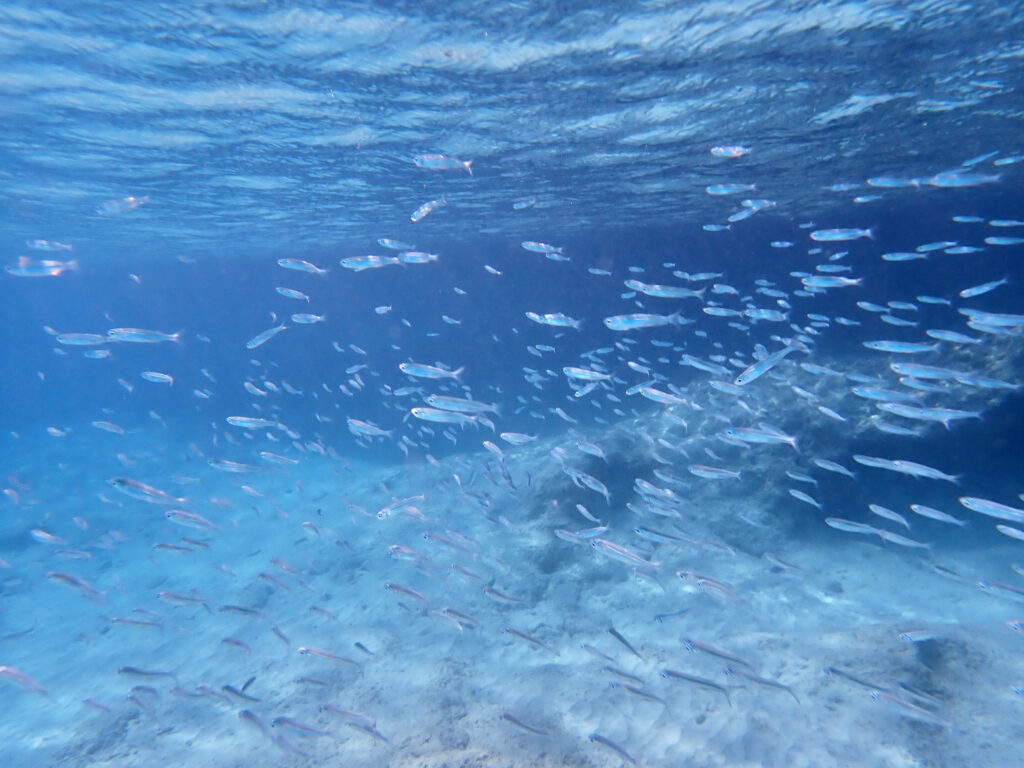 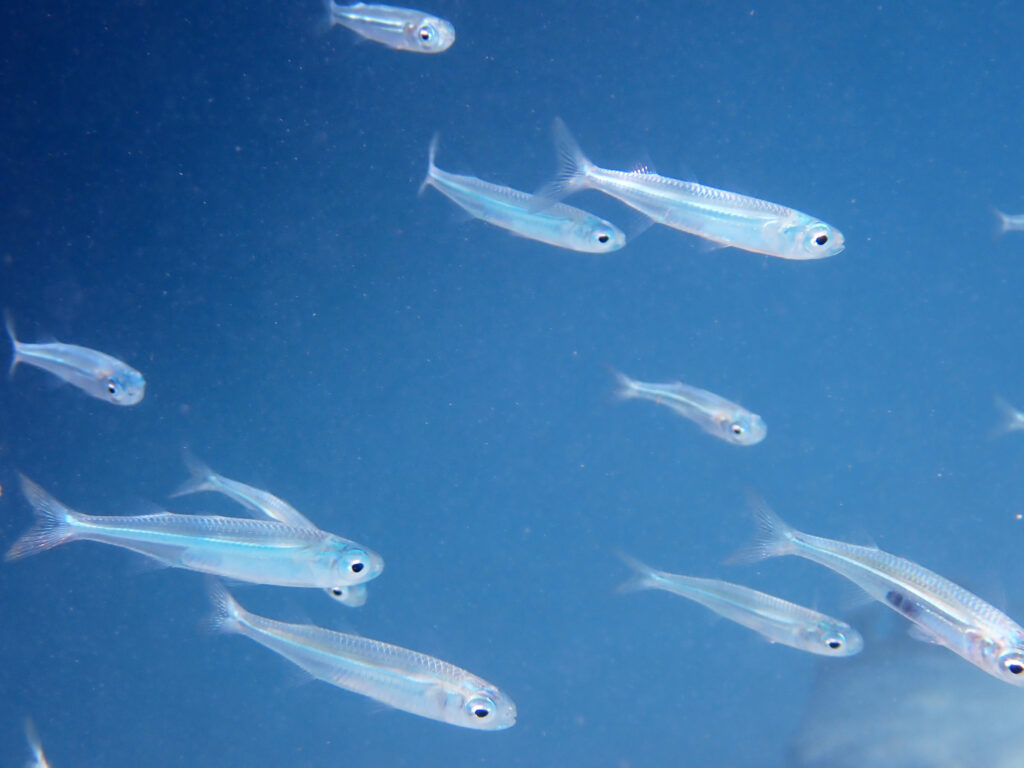 And a small bird:

At night we did not go to a restaurant for a change, we made something to eat ourselves. In our room there is a small kitchen with an electric hotplate. That is kind of useful!