Today we will leave Canmore to go to Valemount (Kirstens Chalet), via Banff and Jasper. We will stay two nights in Valemount. We will drive again via the 1a to get another chance to spot some wildlife. We were lucky we spotted abother bear. 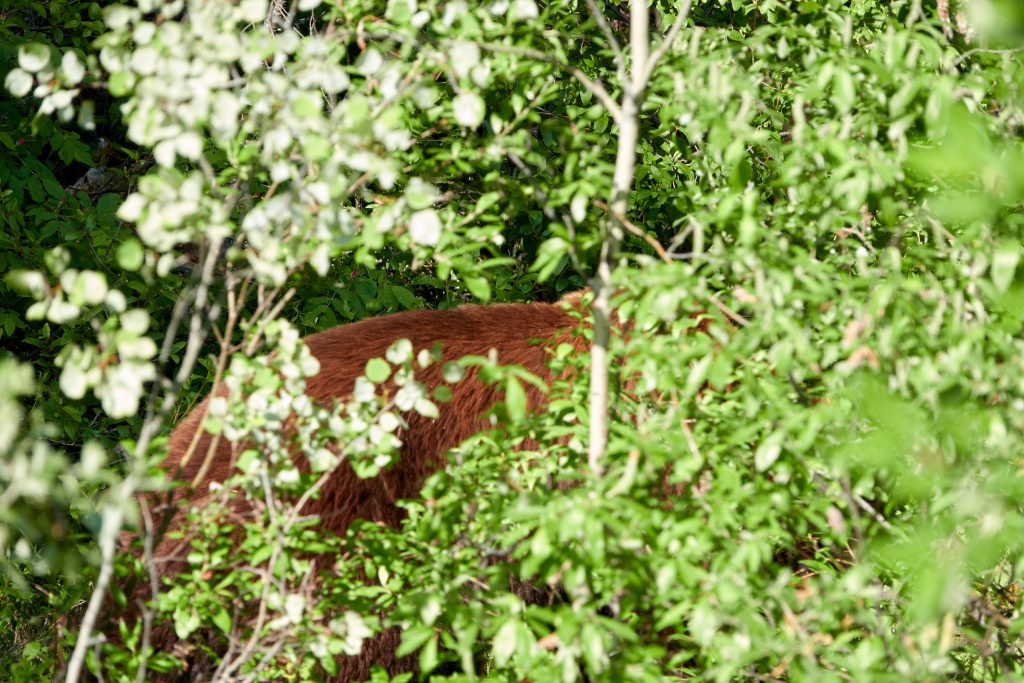 I could not really get a nice photograph, but it appeared to be a grizzly, although it could have been a back bear again. 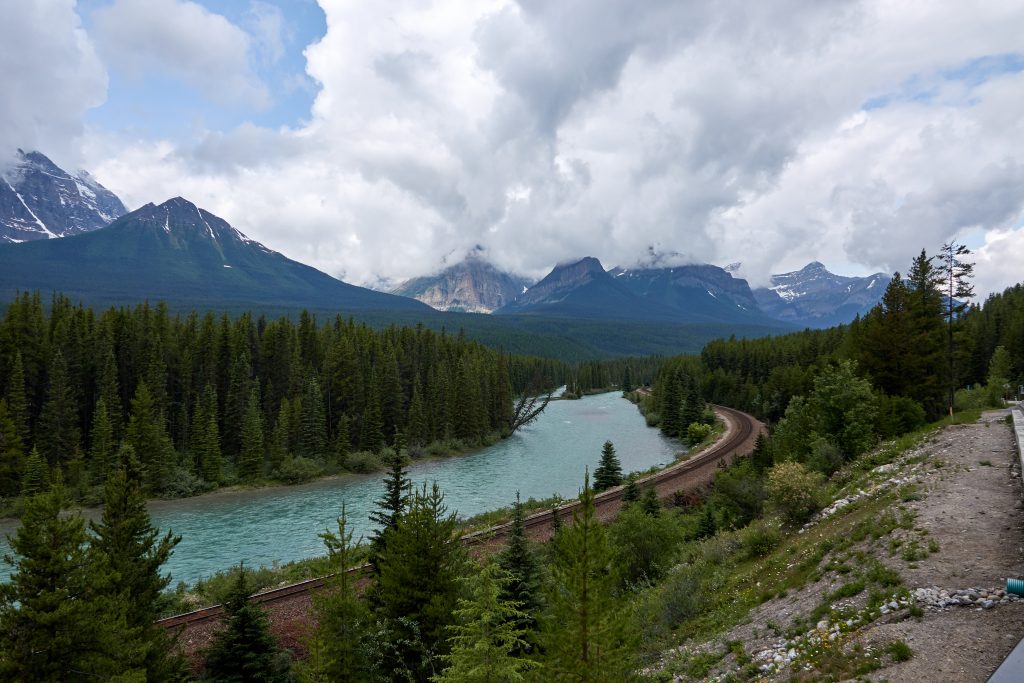 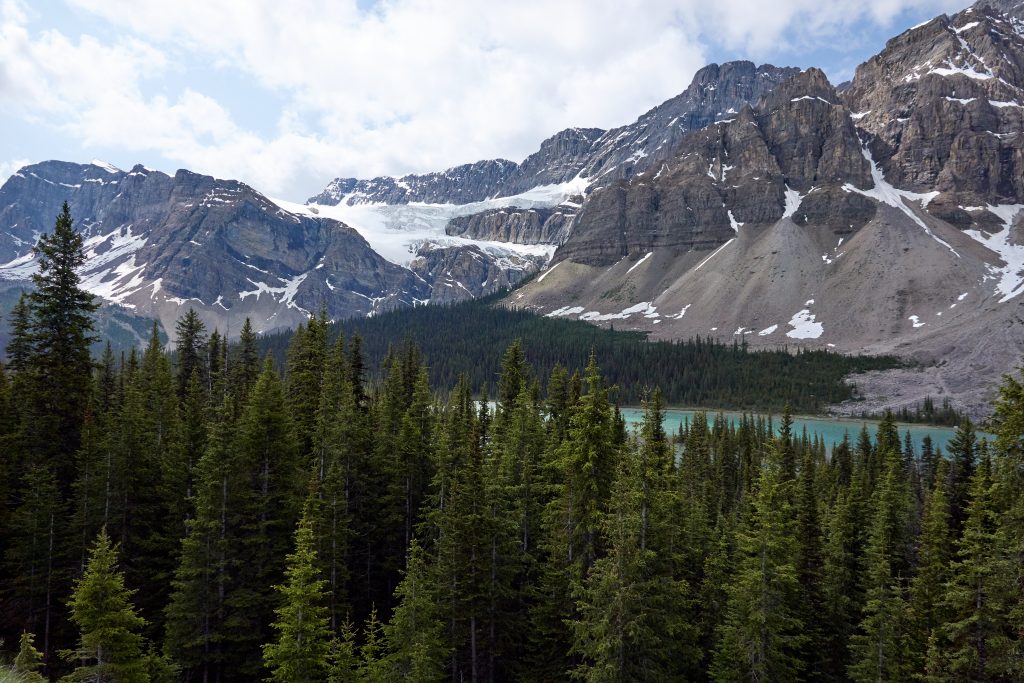 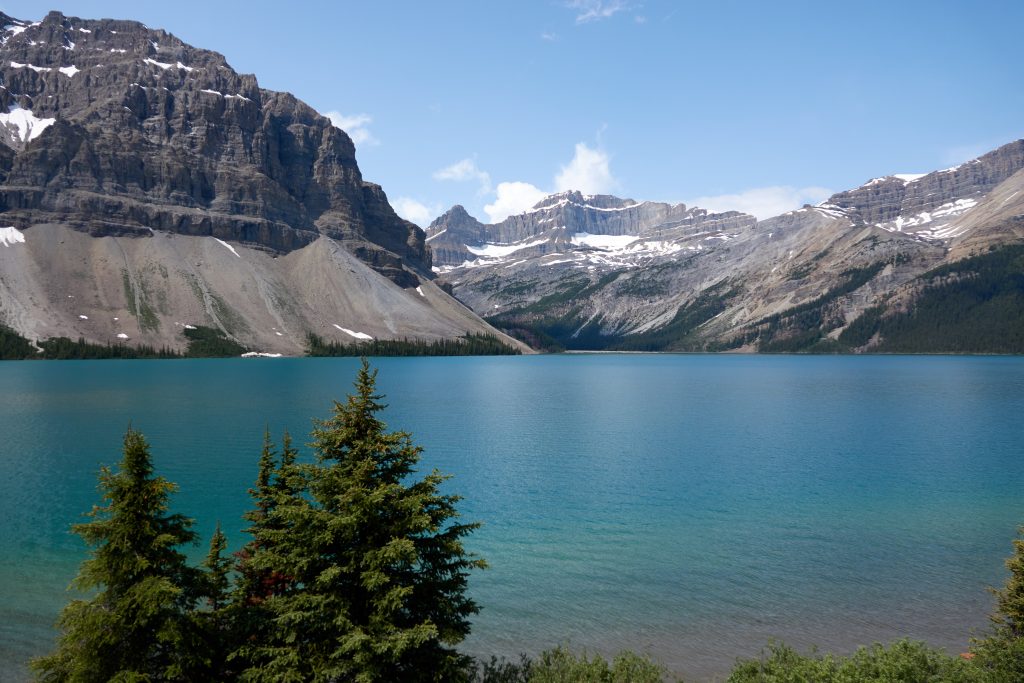 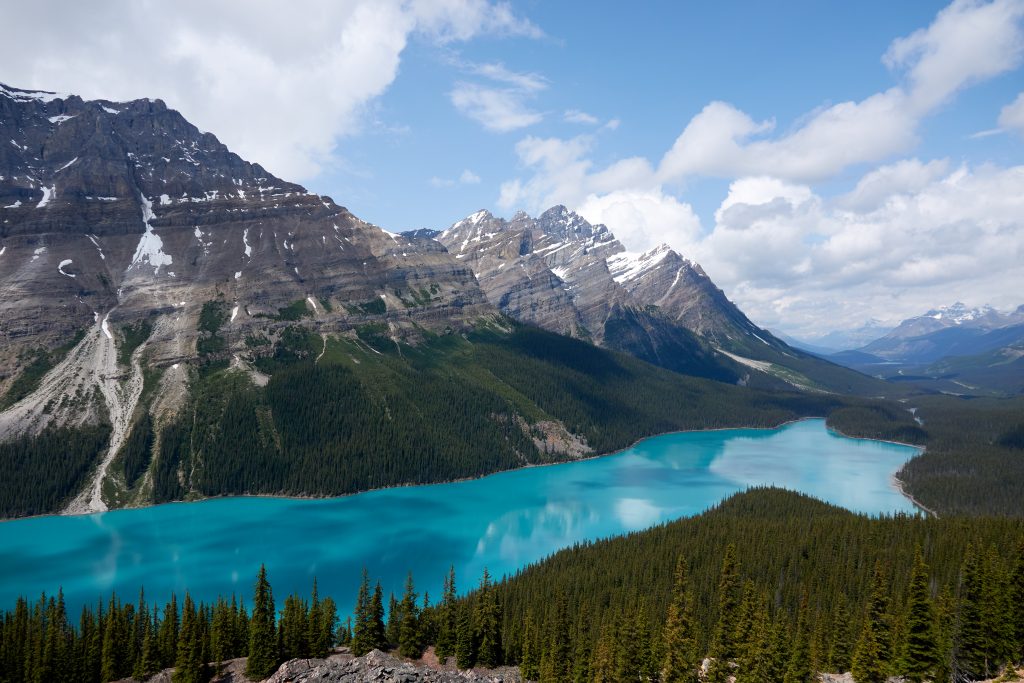 Slightly further down the road we saw a sign that pointed to Waterfowl Lakes. So we turned off to have a look there. When we got out we saw a squirrel running over the hiking path (I got it rather nice photograph) 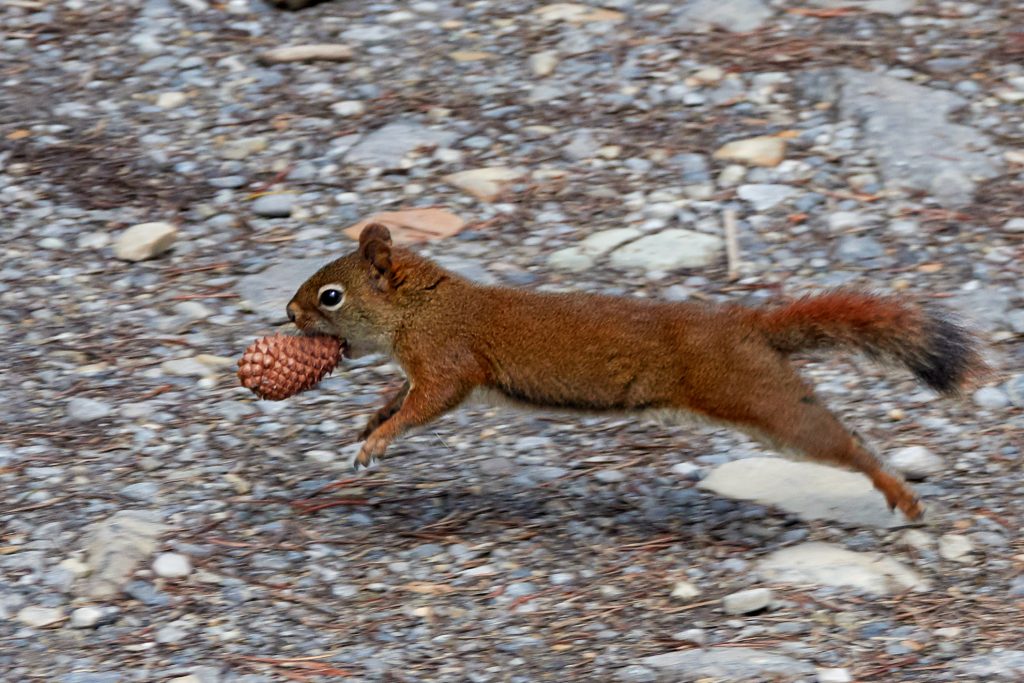 We ended up at a path to a brigde over a small creek which runs between the Waterfowl lakes.

In the distance we could see the two lakes: 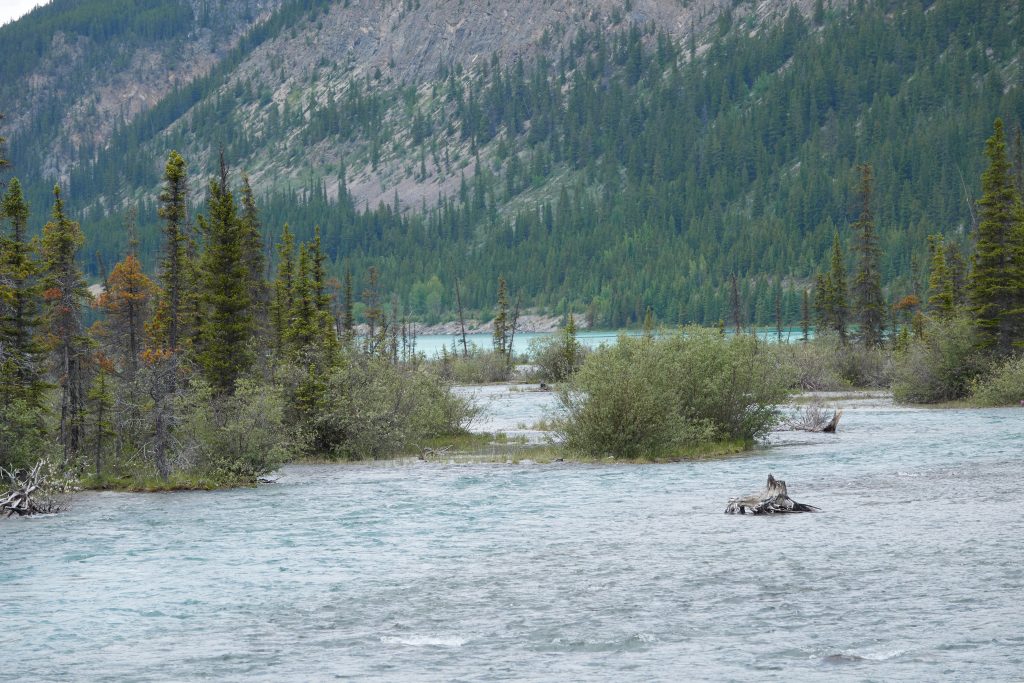 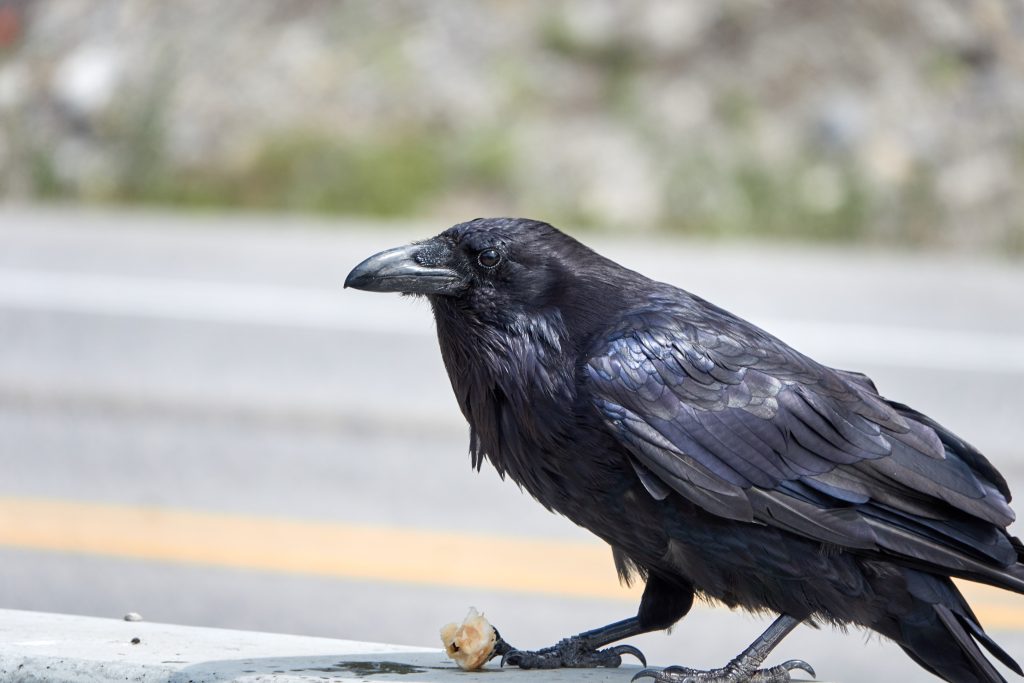 The canyon itself has a rather powerful rappid: 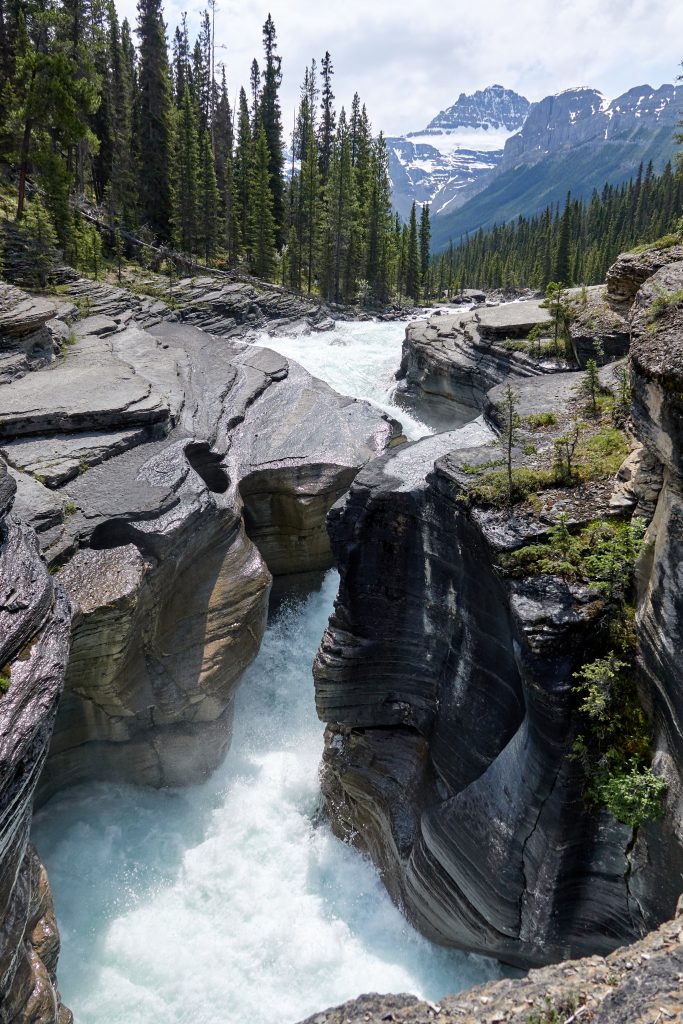 After a quick viewing we drove onward because time was really running short now. We did do a quick stop at the Columbia icefield (N52.219713, W117.227598) just to make a quick photgraph. 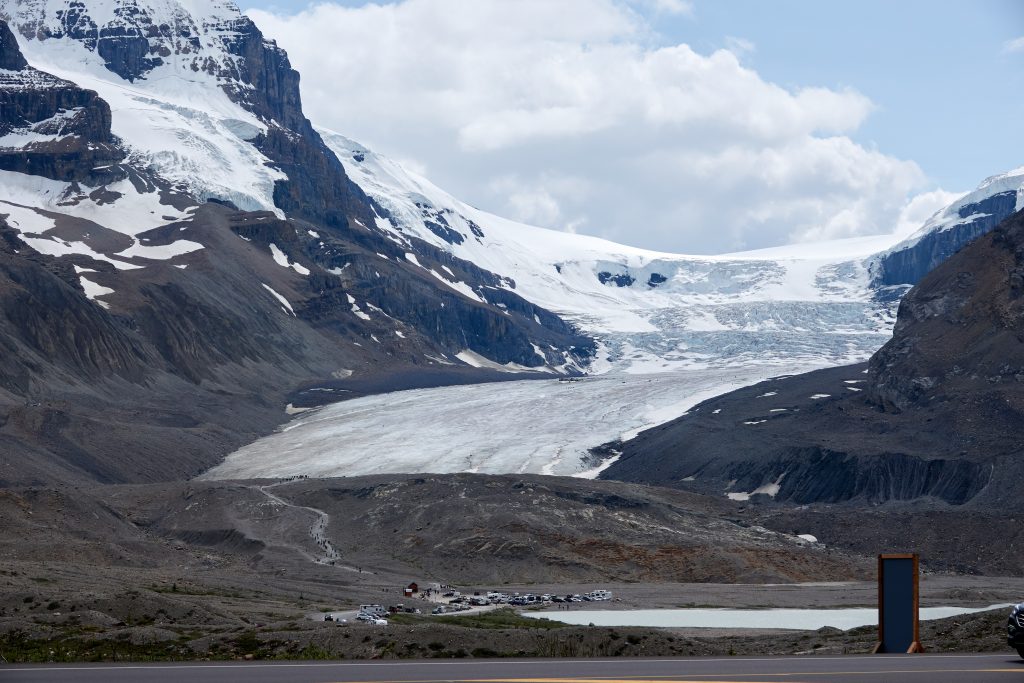 We did not have any time to go up to the glacier. There were some more things we could have done or seen in teh are, but alas no more time. The B&B is some way from the center of Valemount. Our room is very large and looks good. After we put our stuff inside we went to downtown Valemount to get something to eat. We decided to go to the Caribou grill. This was so so, the fish was a bit too “well done”…