Today we drove from Vancouver to Peachland. This is about 400 km or 250 miles, but we stopped along the way at Othello tunnels (parkeer area N49.378704, W121.369874). These tunnels were made for a railroad though the mountains, the Kettle Valley railway. The path from the parking area to the tunnels is actually the path of the railroad and hence rath easy to walk. The tracks themselves have been removed. During the walk to the tunnels you pass by a number of rapids: 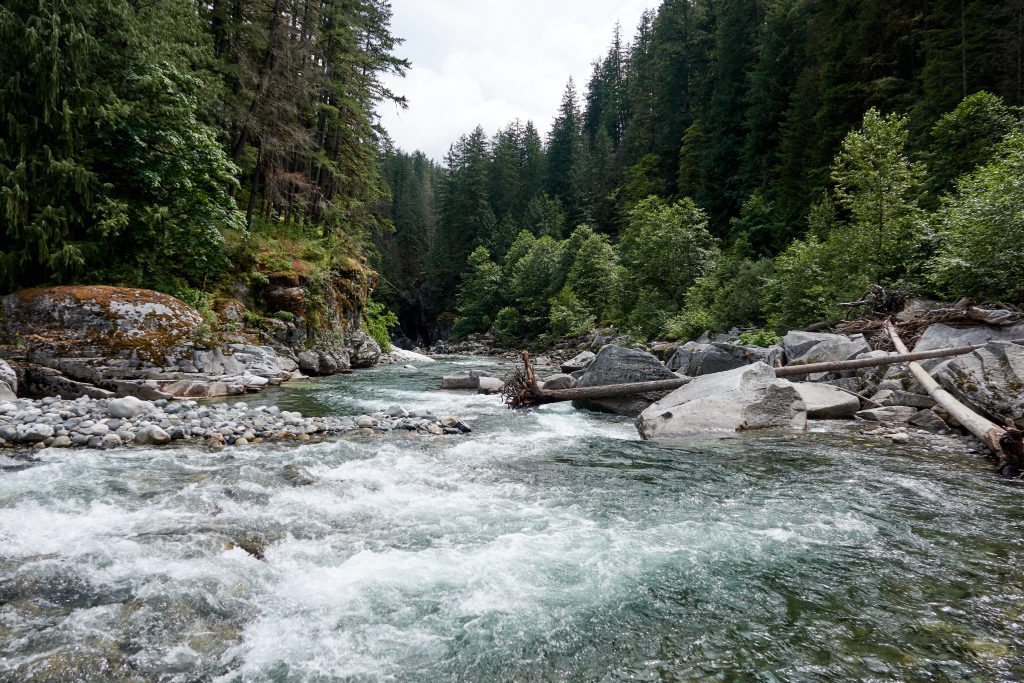 Little bit further are the tunnels (total about 1 km or slightly less than 1 mile walking from the parking area): 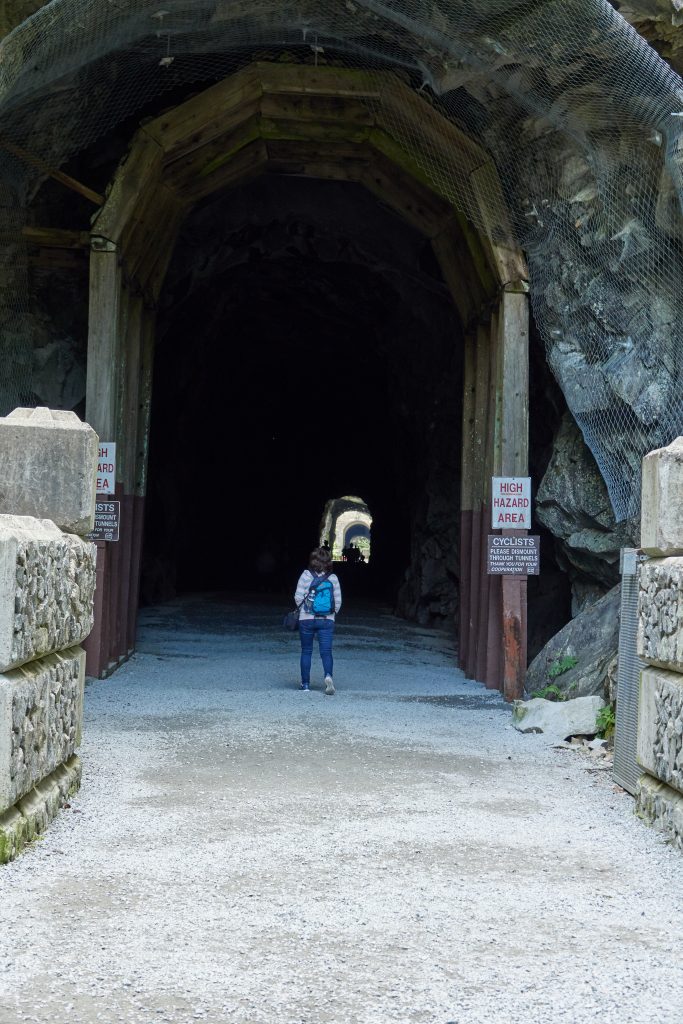 If you click on the photograph and zoom in you can see in the distance the 2nd tunnel already.

It is rather dark in some of the tunnels… 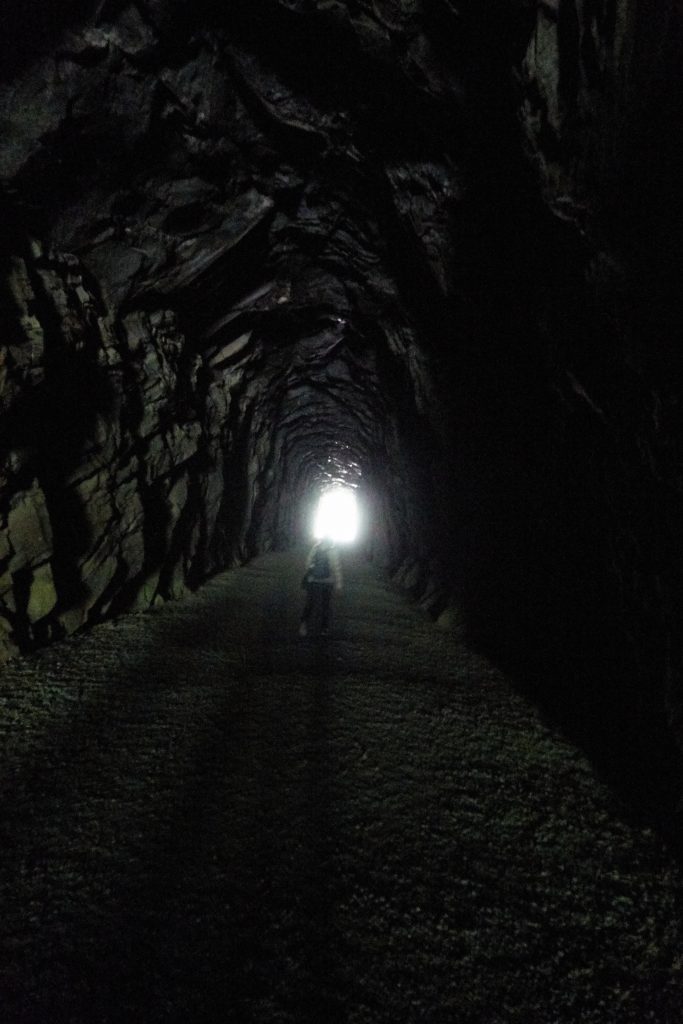 The tunnels are some depth into the “mountain”: 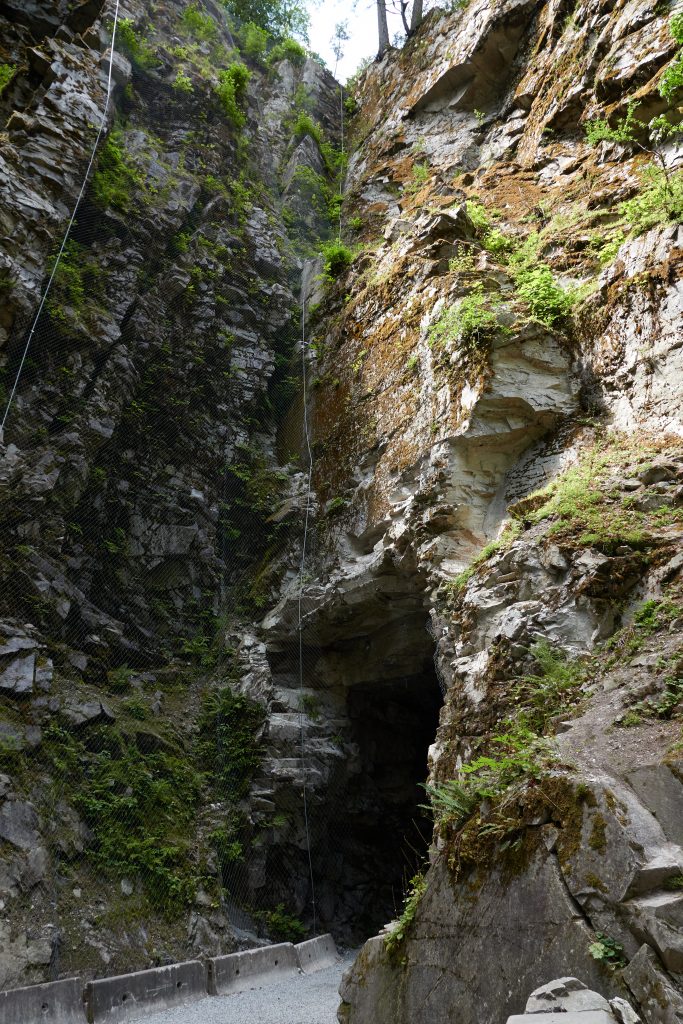 “The river zig zags along the route. There are several bridges: 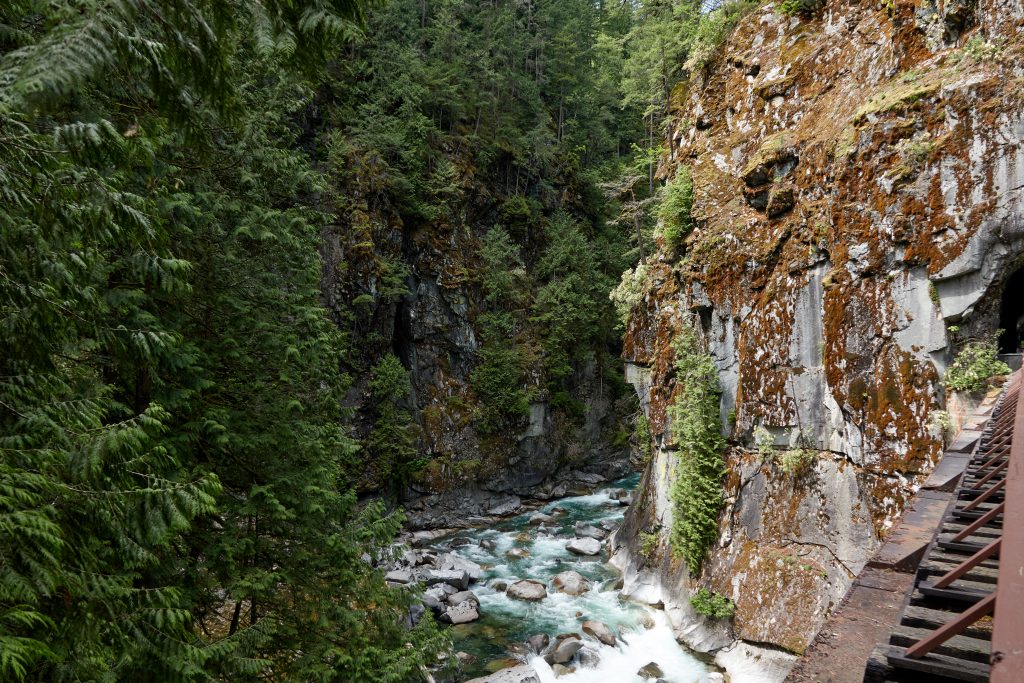 Along the route there are a lot of moss covered trees, likely because the trees are rather close and hence not of light gets to the ground. 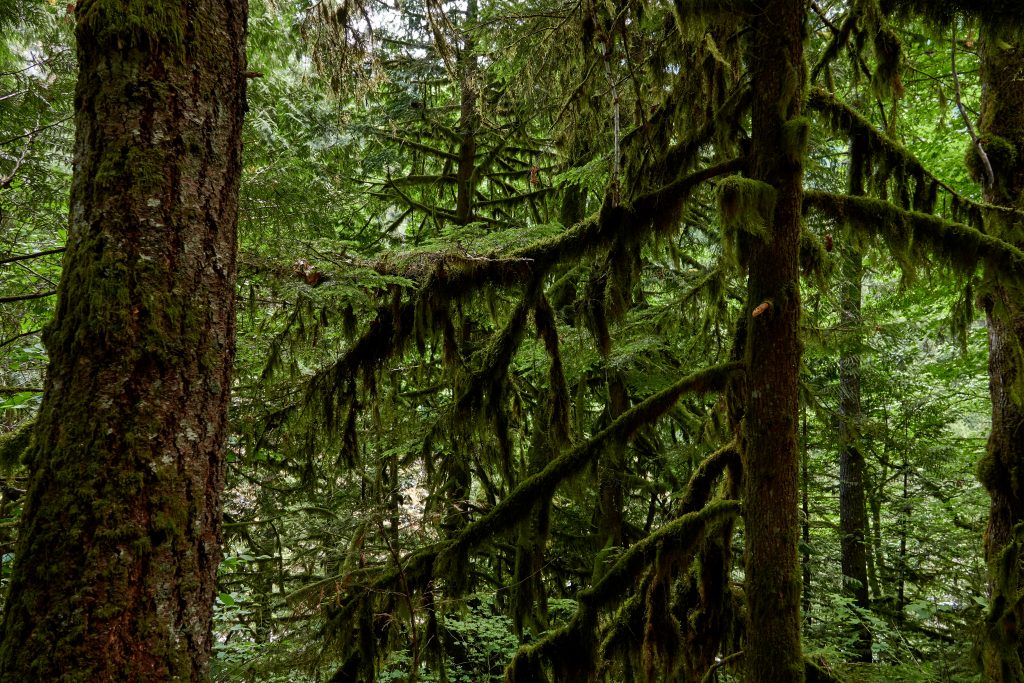 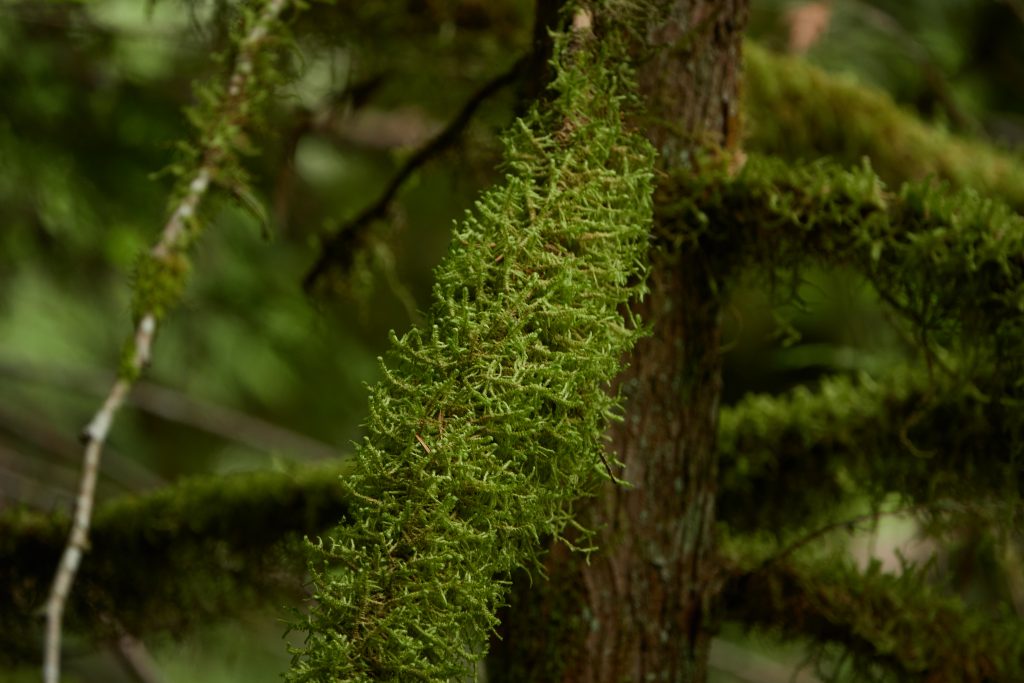 After the tunnels you can keep walking along the route then turn around and walk back the same way you came or walk part of the Hope Nicola Trail from 1876. This path starts at about N49.366535, W121.374236 (in total 2.1km or 1.3 miles distance from the parking area) and is in contradiction to the first path a lot more up and down and also a bit longer (3.3km or 2 miles), but also a lot nicer.

Photograph of a part of the path: 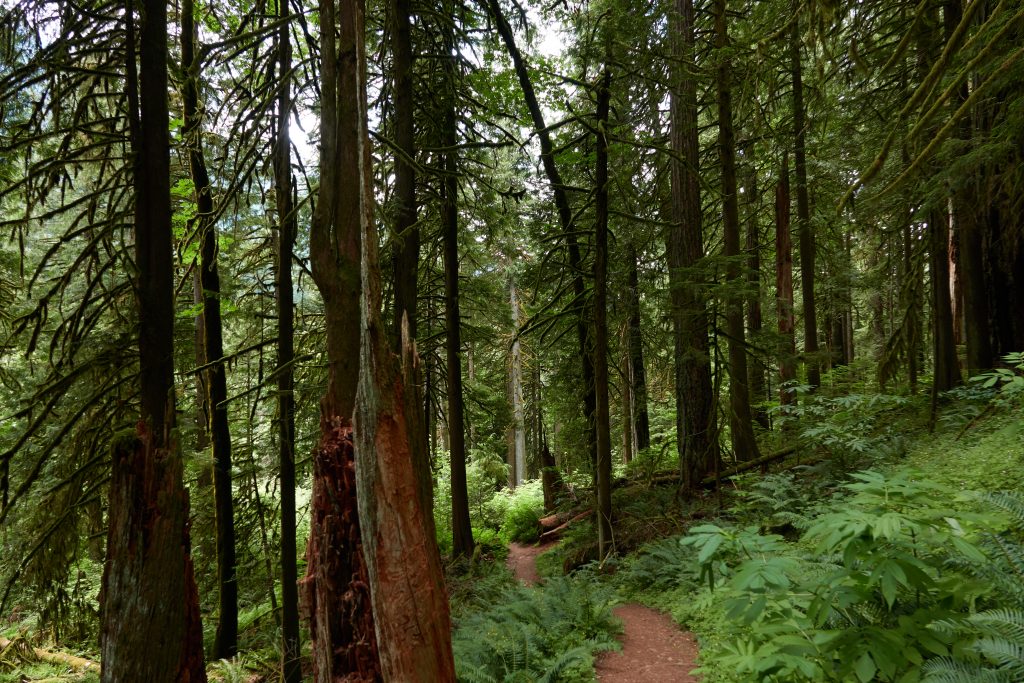 At the highest point between to hill tops is a information sign about the Hope Nicola Trail. It was used in the path to move cattle. However when the Canadian pacific railway was ready it was not used for to transport cattle anymore. After that it was still used by people on horseback, hunters, lumberjacks and gold delvers. All of this stopped because the construction of the Kettle valley railway destroyed a large part of the Hope Nicola trail.

We arrived in Peachland at the start of the evening. We will sleep at the Pinewood guesthouse(N49.787262, W119.728393). The roo is nice, the only downside is that to reach our private bathroom you have to walk over a corridor, so you may end up meeting other people in your underwear…. The view from the entrance of the guesthouse was nice: 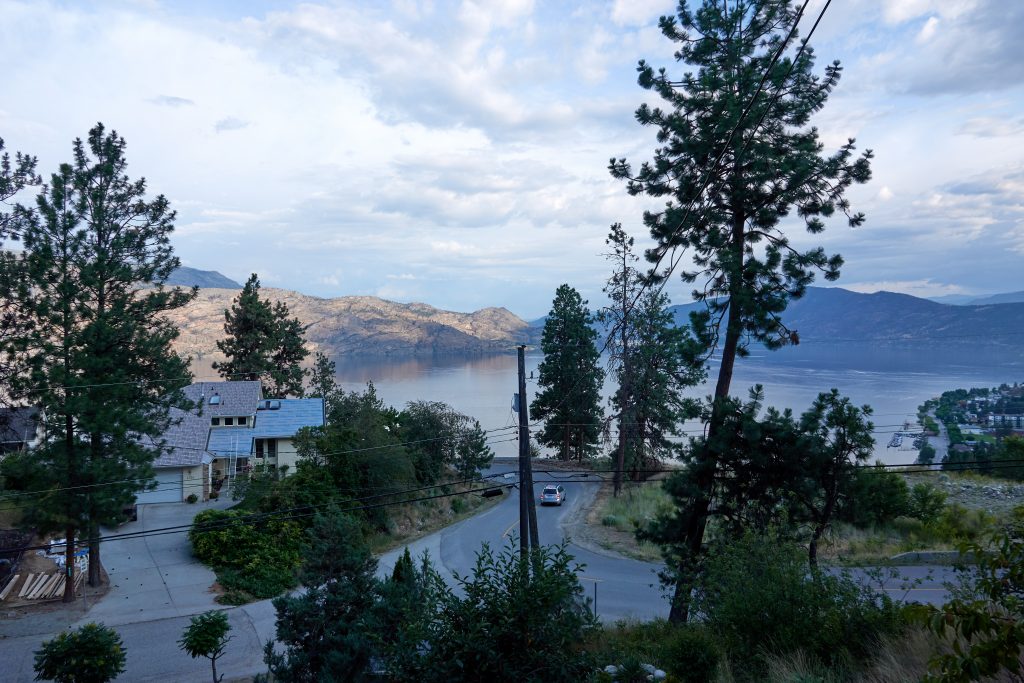 We ate at “Gasthaus on the lake” in Peachland close to the water. The food was not very good there. So don’t go there.