Today we got up a little bit later, because we do not have to drive that far, as we will stay another night in Sun Peaks. So today we are going to have a look at the area around Sun peaks. We drove the same road as we did yesterday going to Sun peaks, and stopped first at Heffly lake (N50.837222, W120.040596). It is a small lake: 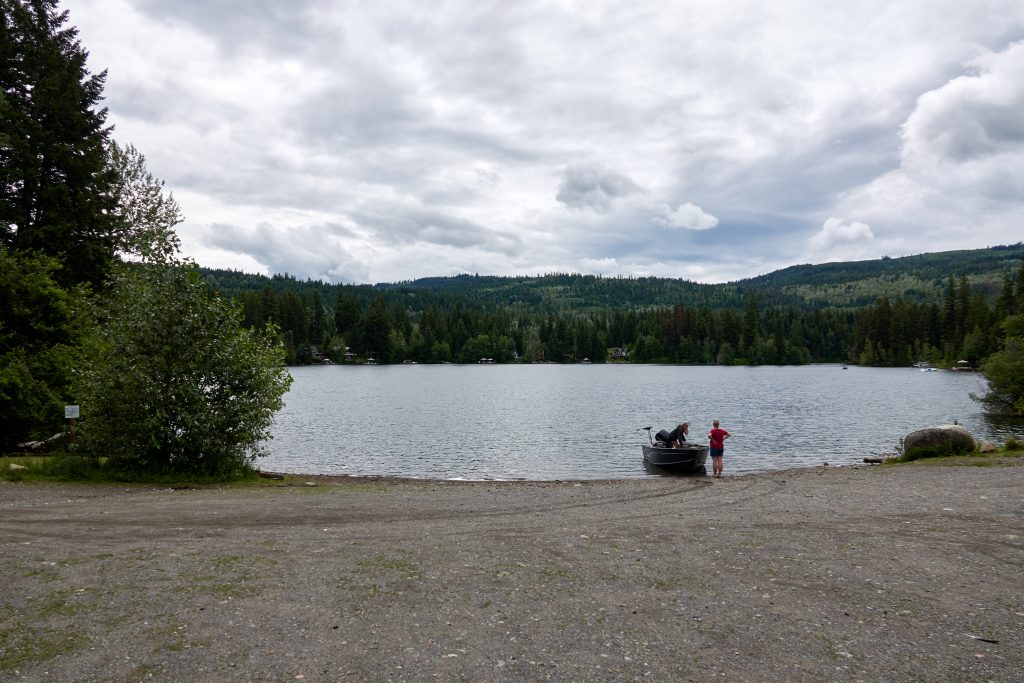 Here you can launch a boat in the water. In the distance you see that there are a lot of houses bordering the water.

Then we drove to the east side of Sun peaks, but there was nothing to see there, so we went to Lac Du Bois grasslands. This is an area with completely different plants. The road is unpaved, but ok to drive and starts at N50.722343, W120.376439. Pretty quickly we spotted some type of animal with strange paws: 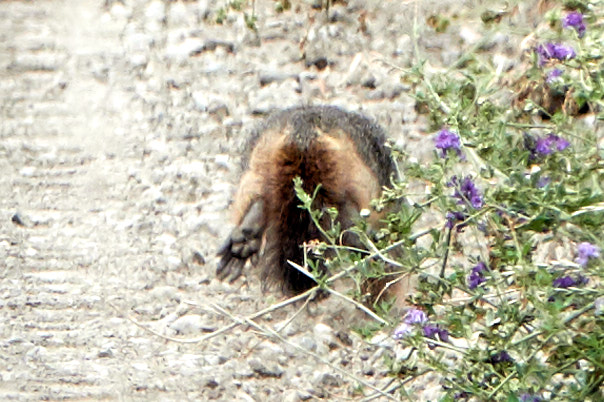 No idea what that was.

Photo of the scenery: 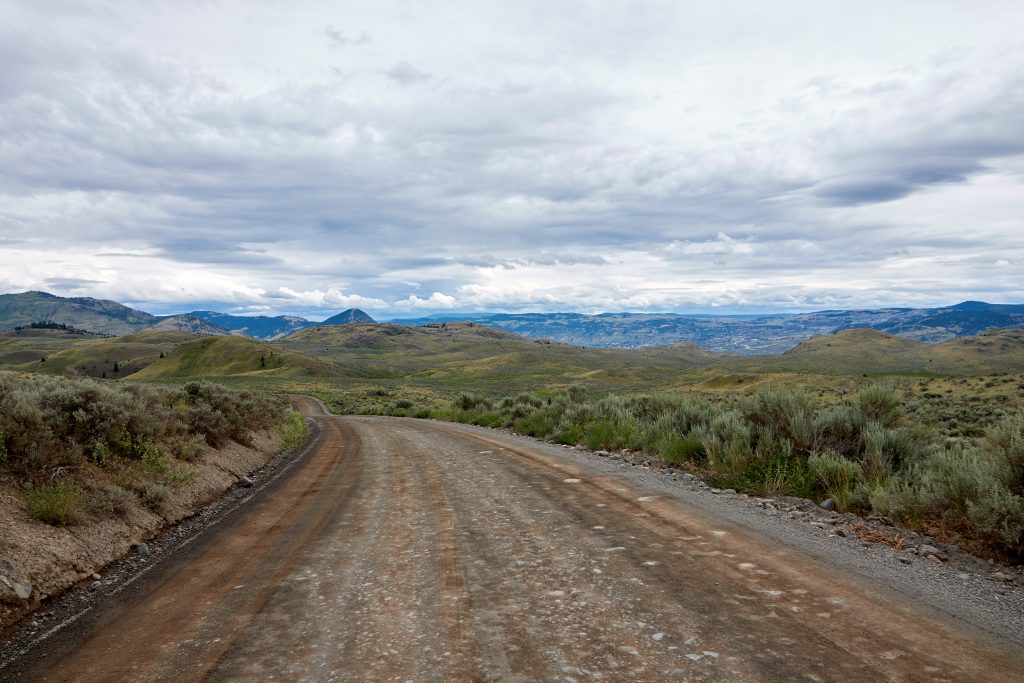 Another photo. You can see that there are small lakes: 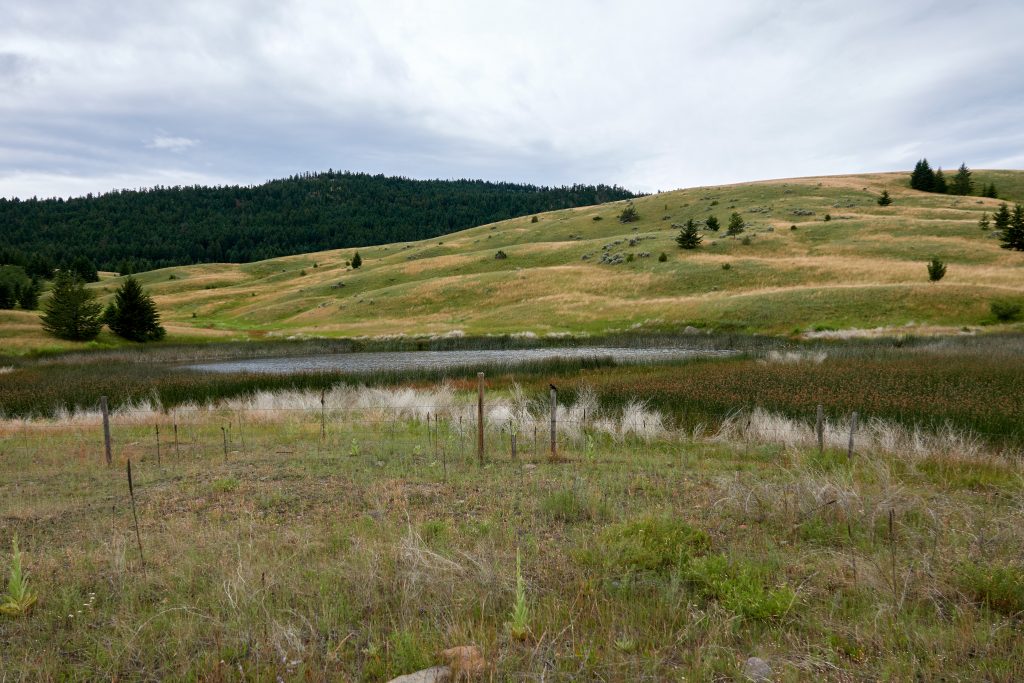 Zoomed in on the small bird sitting on one of the poles: 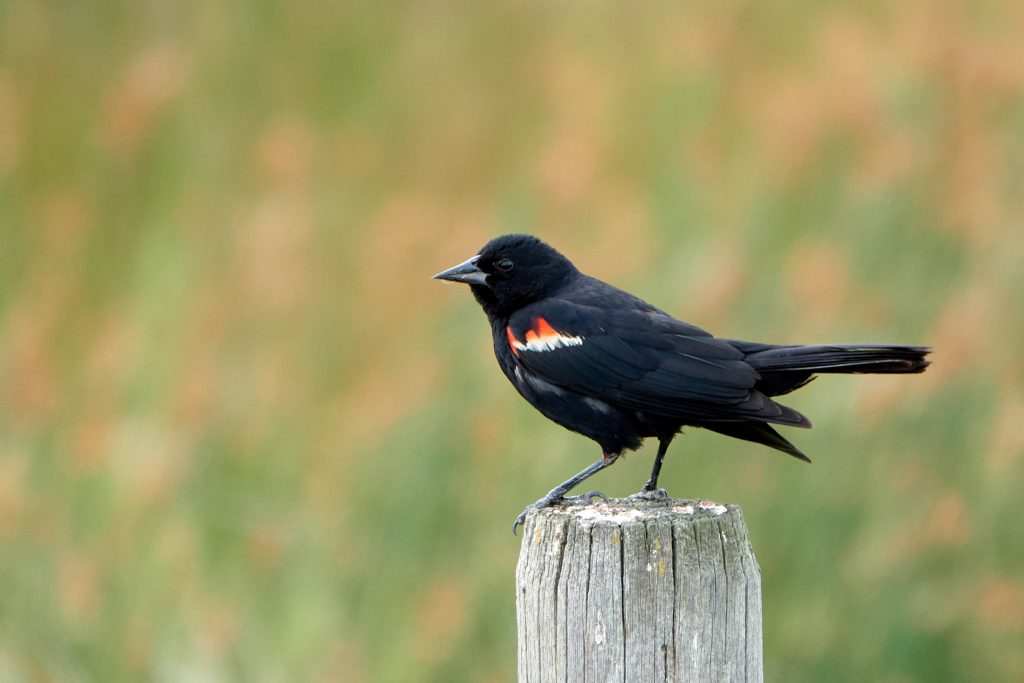 There were also some birds of prey: 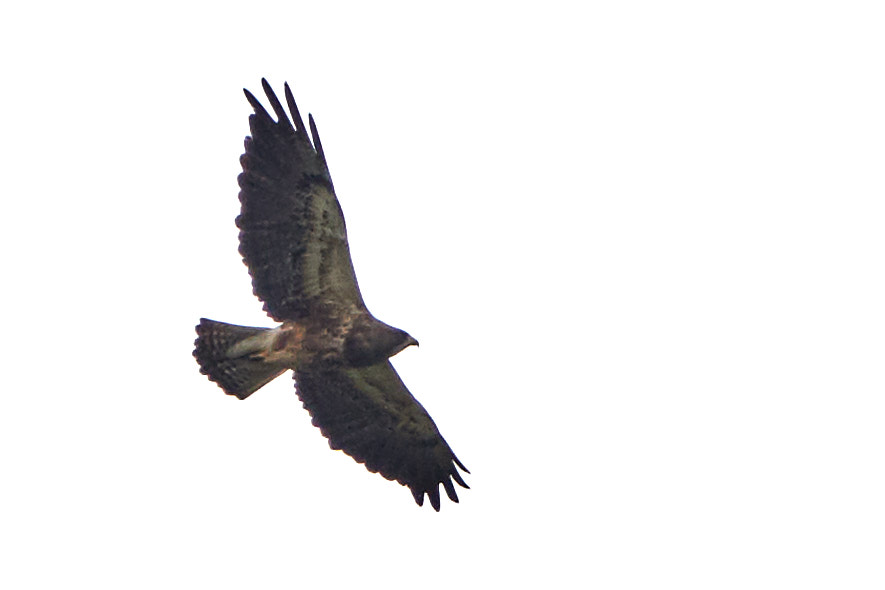 They were difficult to photograph them because it was rather clouded and then you get a lot of background light. 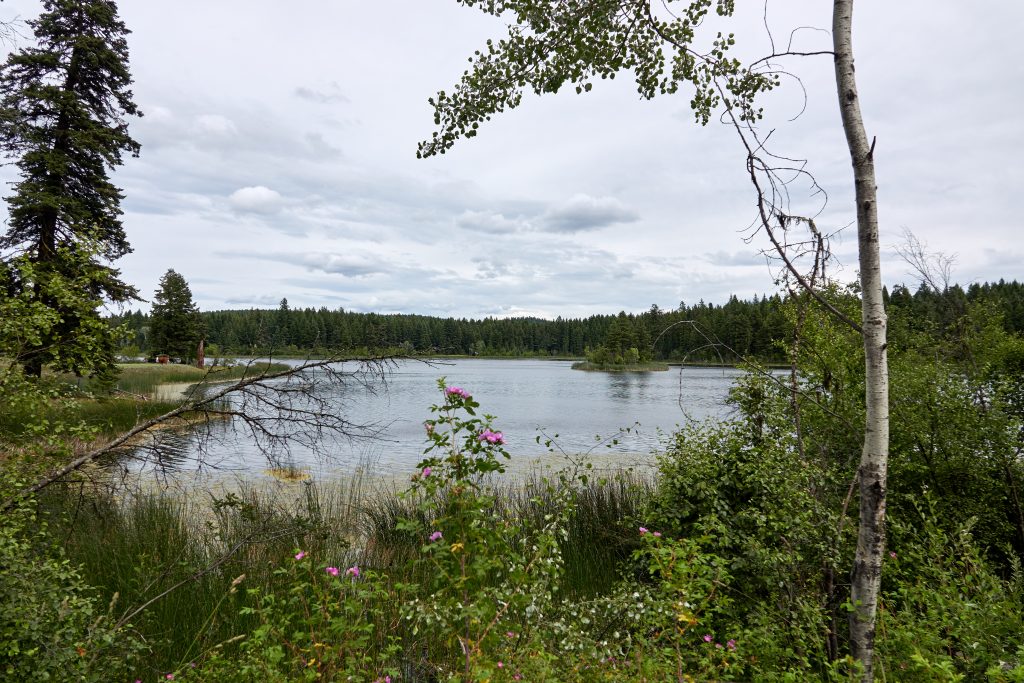 There were some cows (click on the photo and zoom in). Afther McQueen lake, the road got rather bad, and also not clear where that would lead, so we turned around and went back to Sun peaks.

Back in Sun peaks we took a stroll around town. It is a typical skiing village. Also here there are marbots, on the golf driving range. 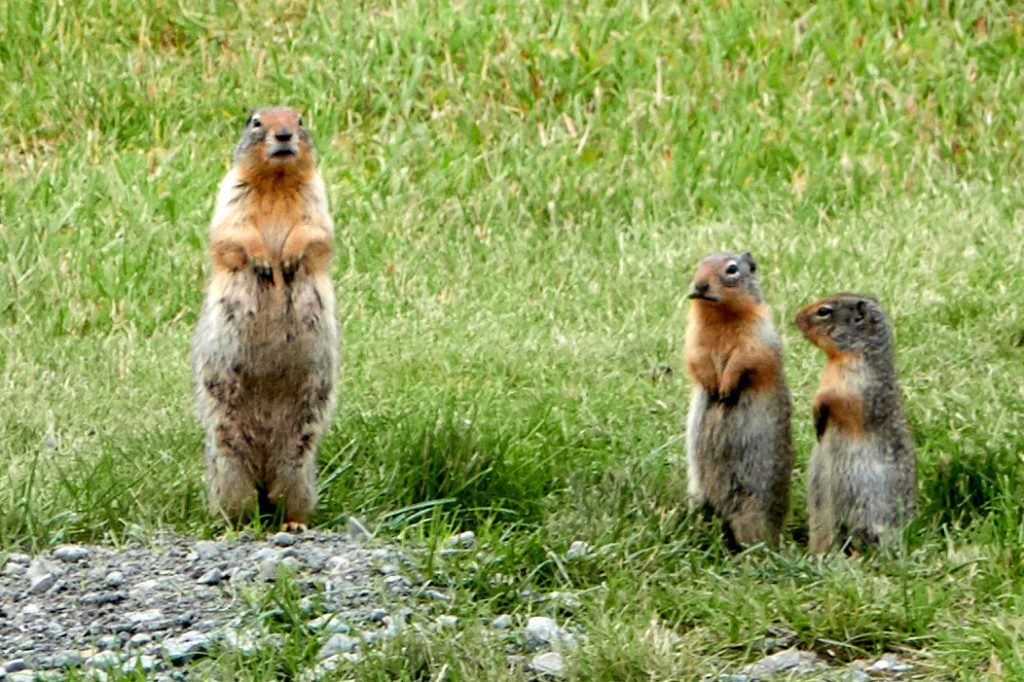 In the foreground you can see the golf driving range, all the way in the back there is a kart track, with “gravity karts”. 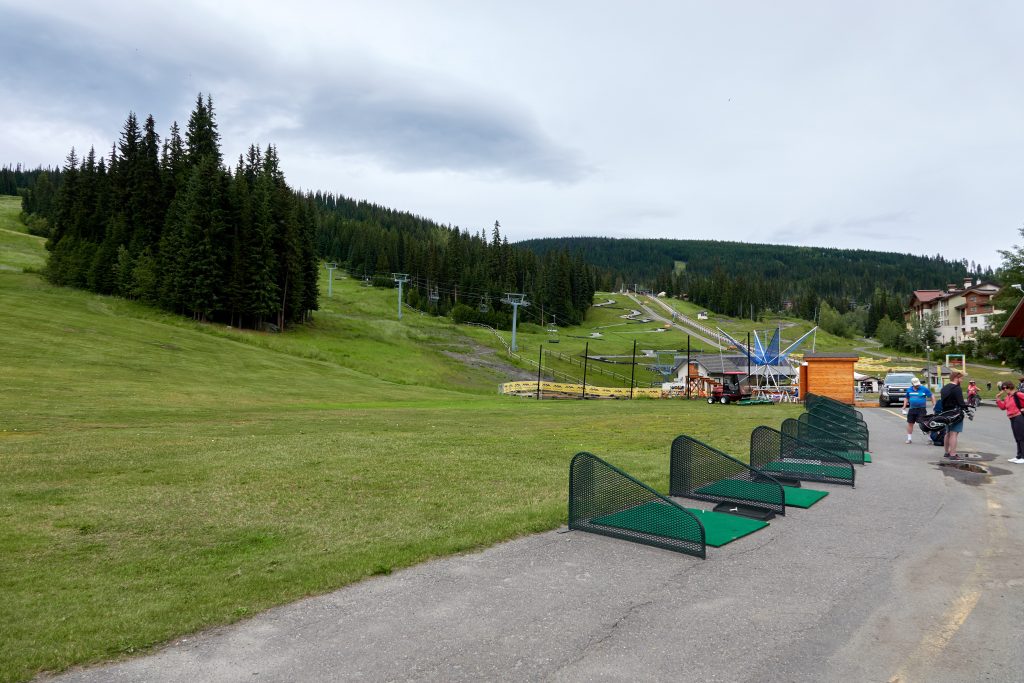 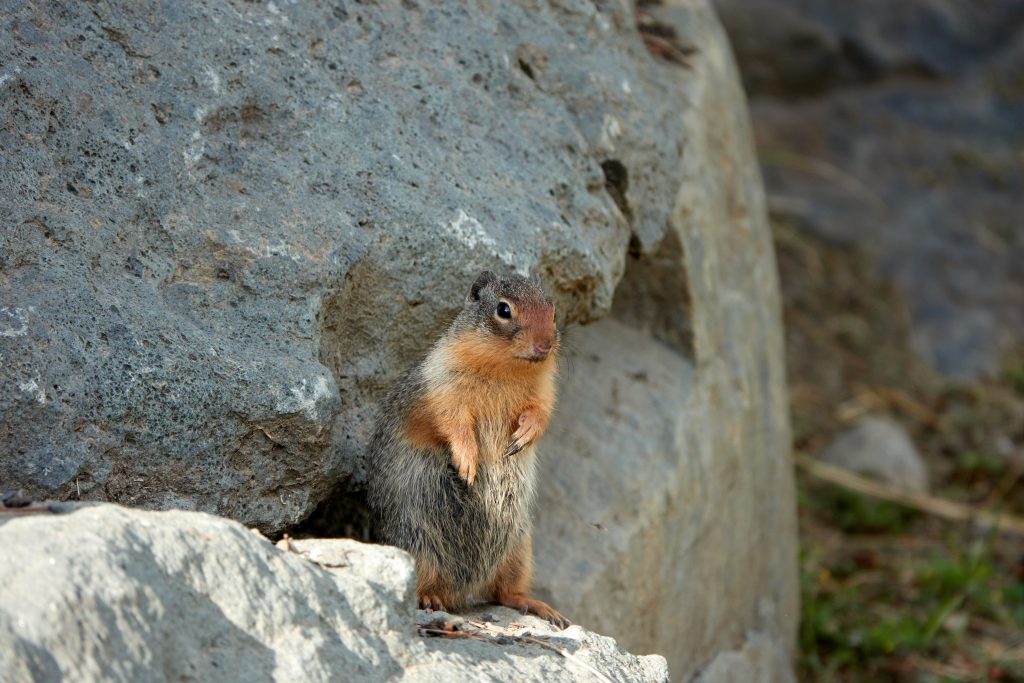 There were also some really fast birds flying. Really difficult to photgraph. Looks like there are swallow and another kind of bird 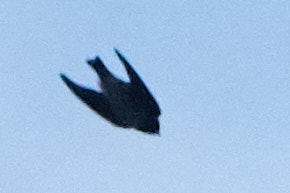 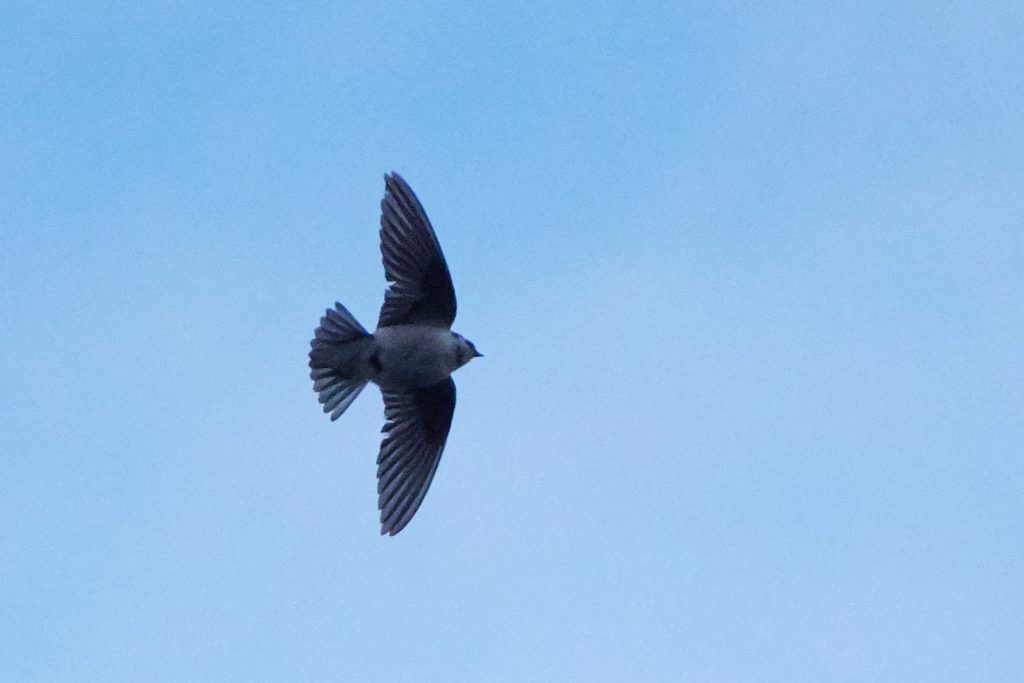 We had dinner at the Mountain Tiger gegeten (N50.884404, W119.881681). This is a take away Chinese restaurant, but there are some tables to have dinner there as well. It took really a long time before it was ready as there had been a power failure (they warned us when we ordered). Food quality was pretty good for the price.