Today we will make the first of our excursions. However, it only starts in the afternoon so that gives us time in the morning to relax bit with a stroll around the resort. On the resort there a rather a lot of “sales people” that try to sell you e.g. a massage. One of the sales people was from “Dr. Fish”. At Dr fish you can have your feet cleaned by fish. Monique thought that would be a nice thing to do so she tried it out: 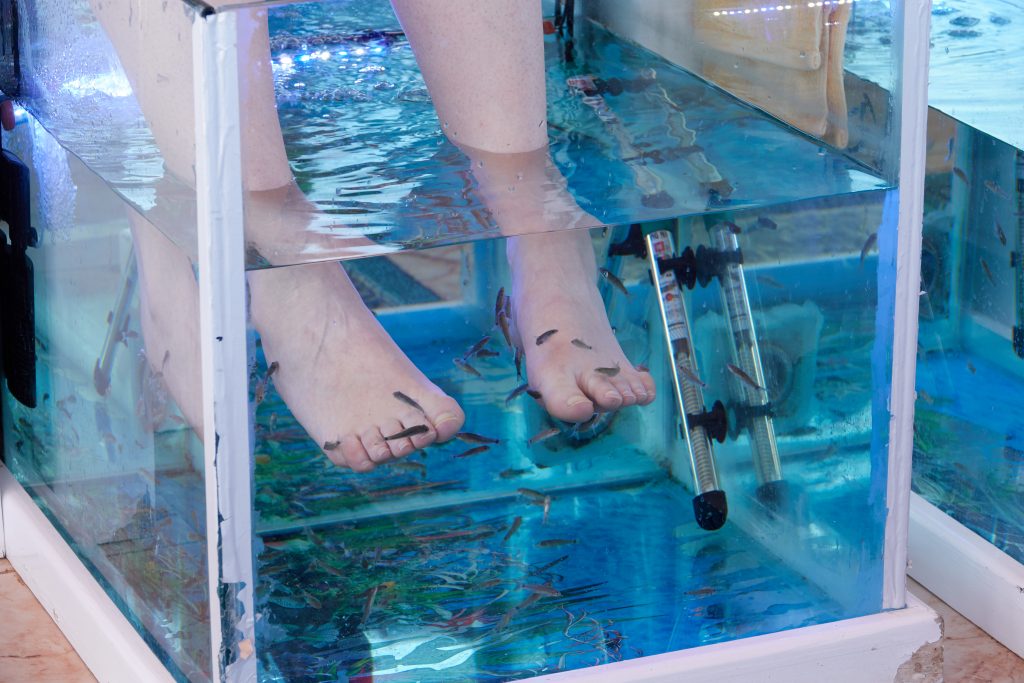 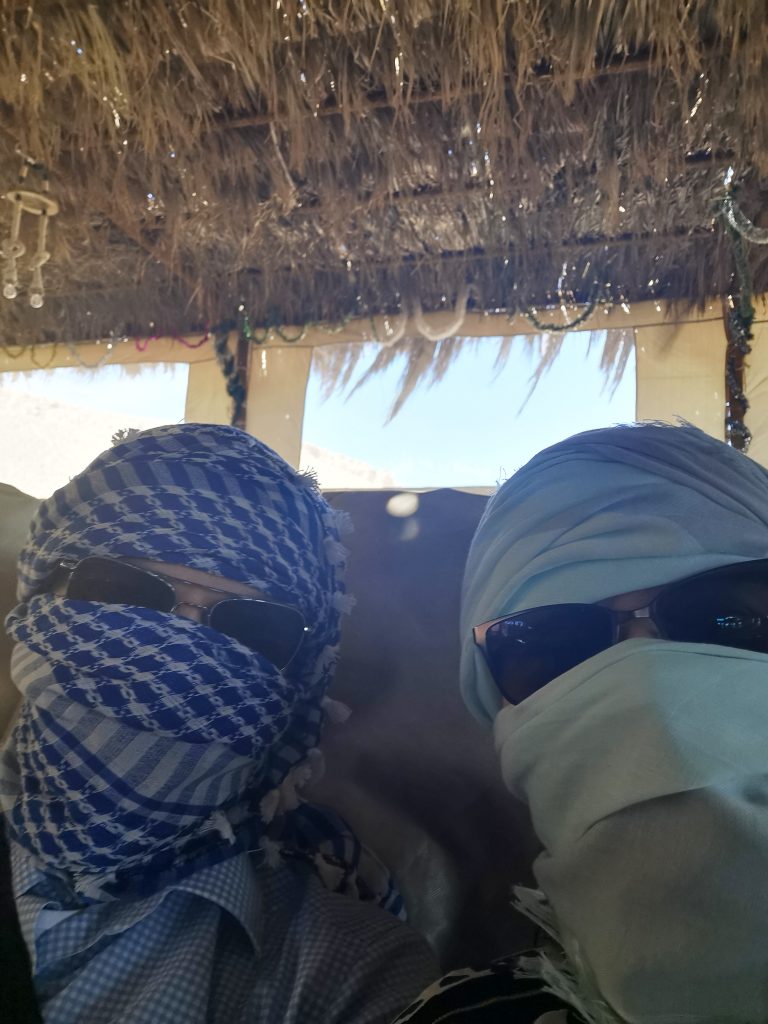 After that we went to the first activity, driving a quad: 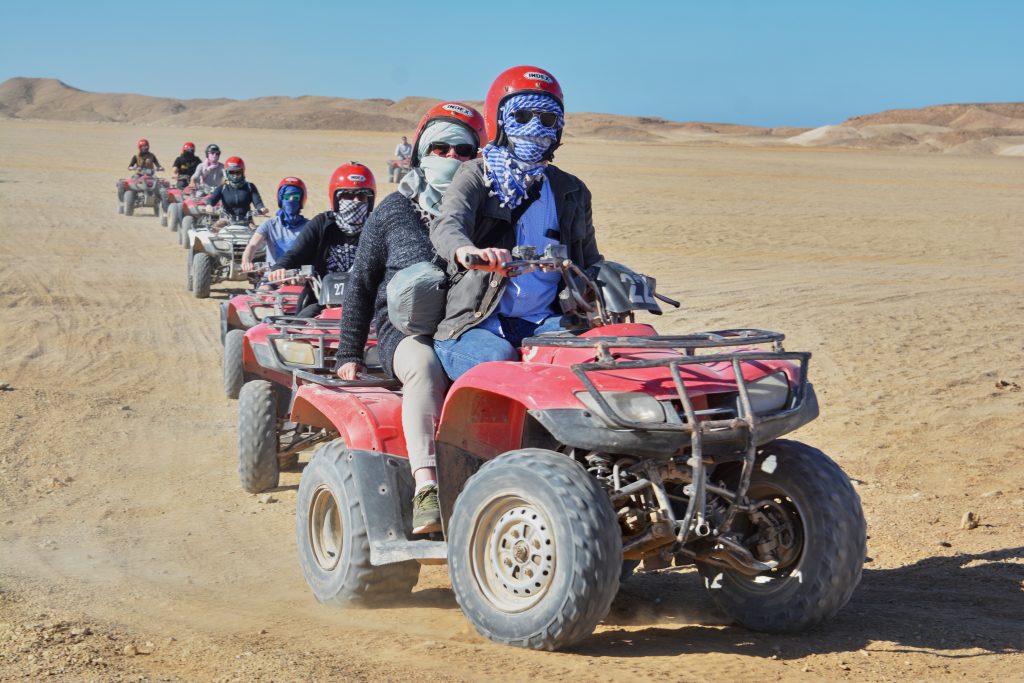 We made a small trip through the desert in the direction of the sea, where we stopped for a while. After that we traveled back to the starting point.

After we got back we waited in the tent we were in before. We then went with a jeep through the desert to the Bedouin camp. Along the way the photographer that joined this morning decided to climb out the window while we were driving, and then decided to make photographs upside down of the other jeep that went along: 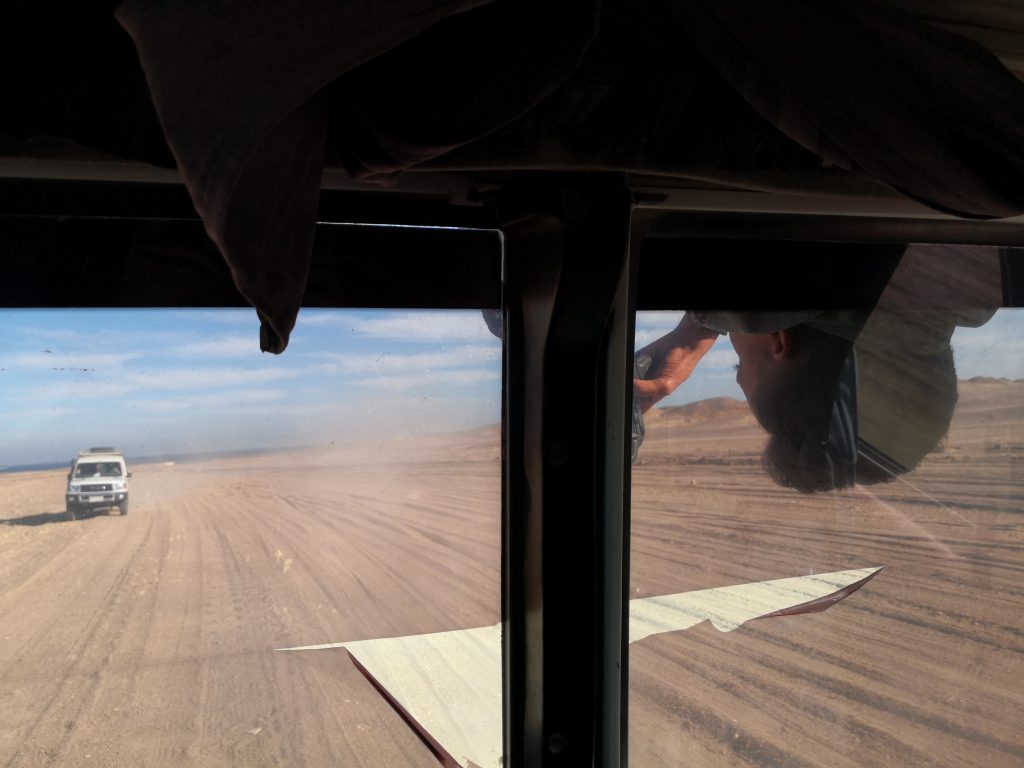 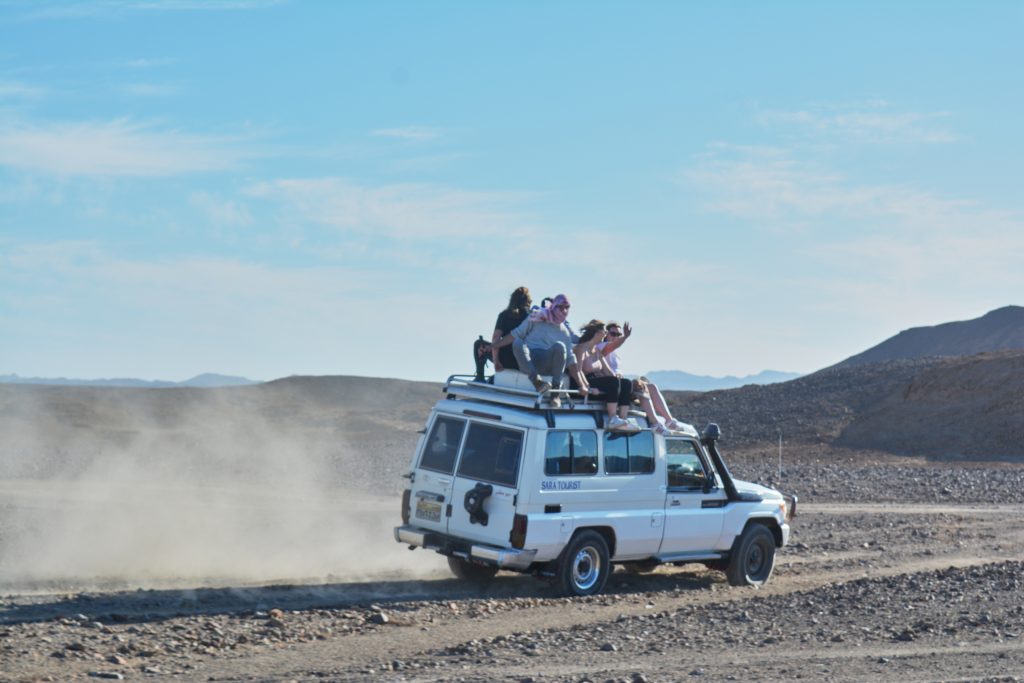 That is seriously dangerous, if you lose your grip when the jeep corners or if the Jeep rolls over then you are likely dead… 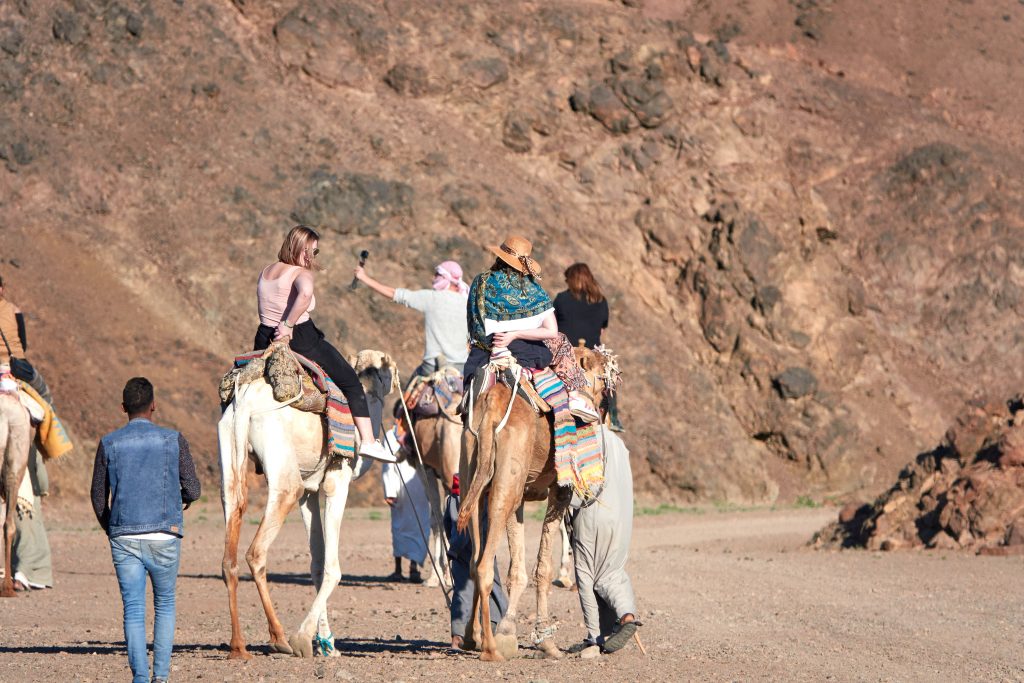 We were then invited to one of the tents and had a drink there and also got some explanation about the camp from the guide. In the tent were also some locals: 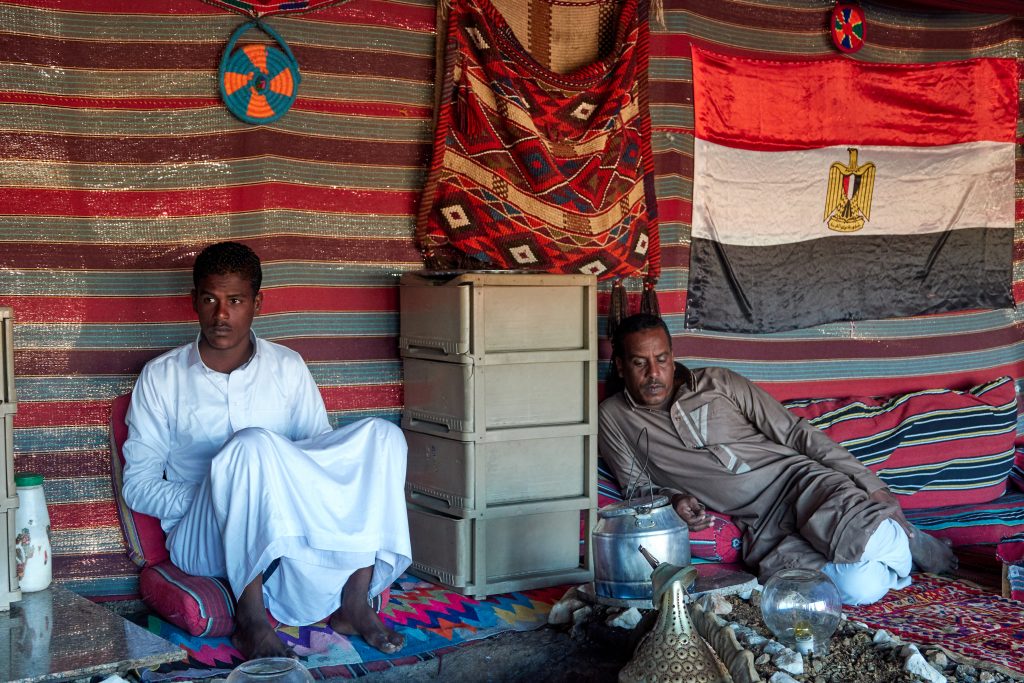 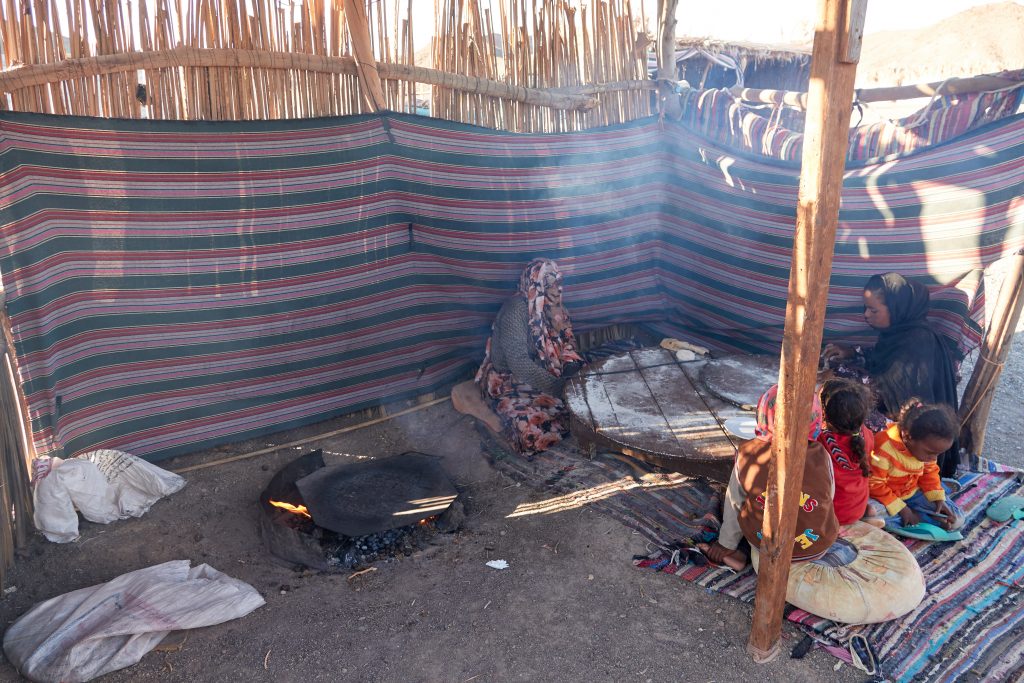 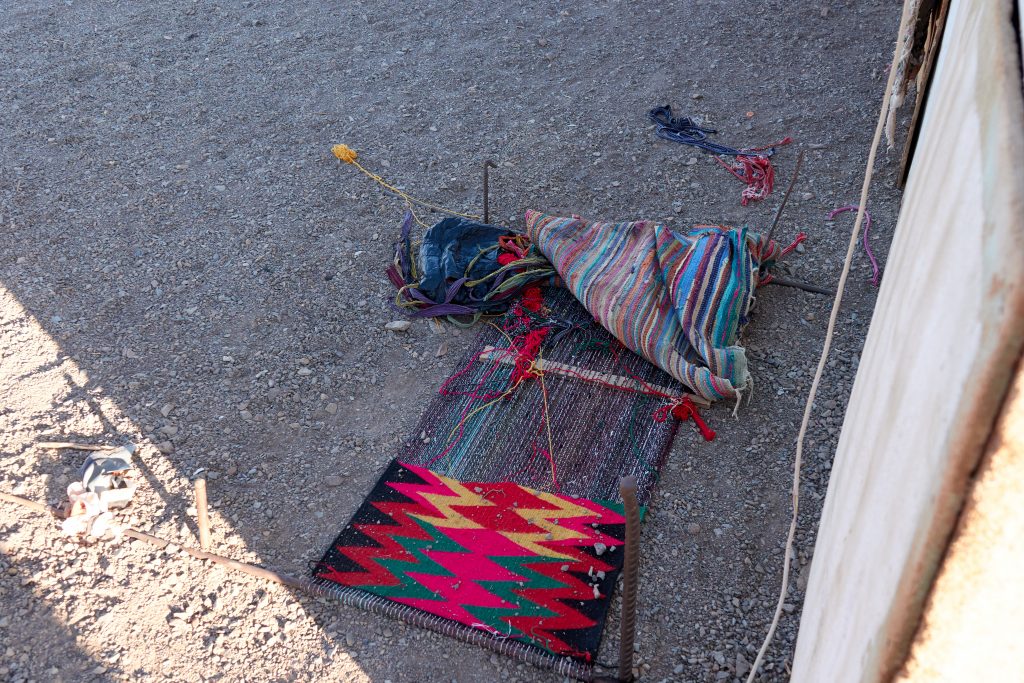 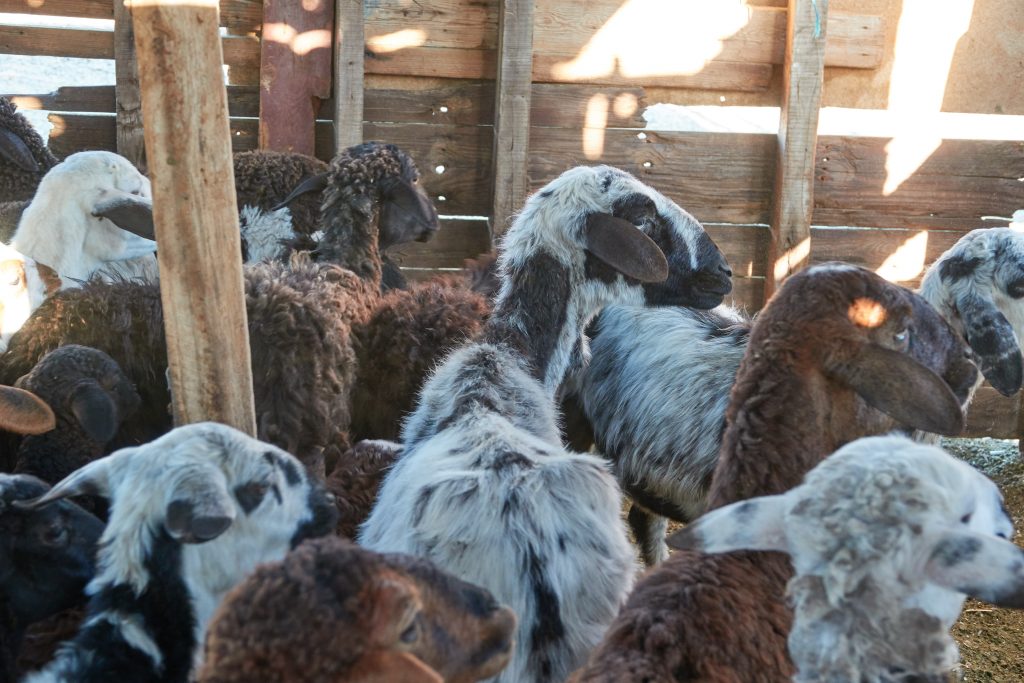 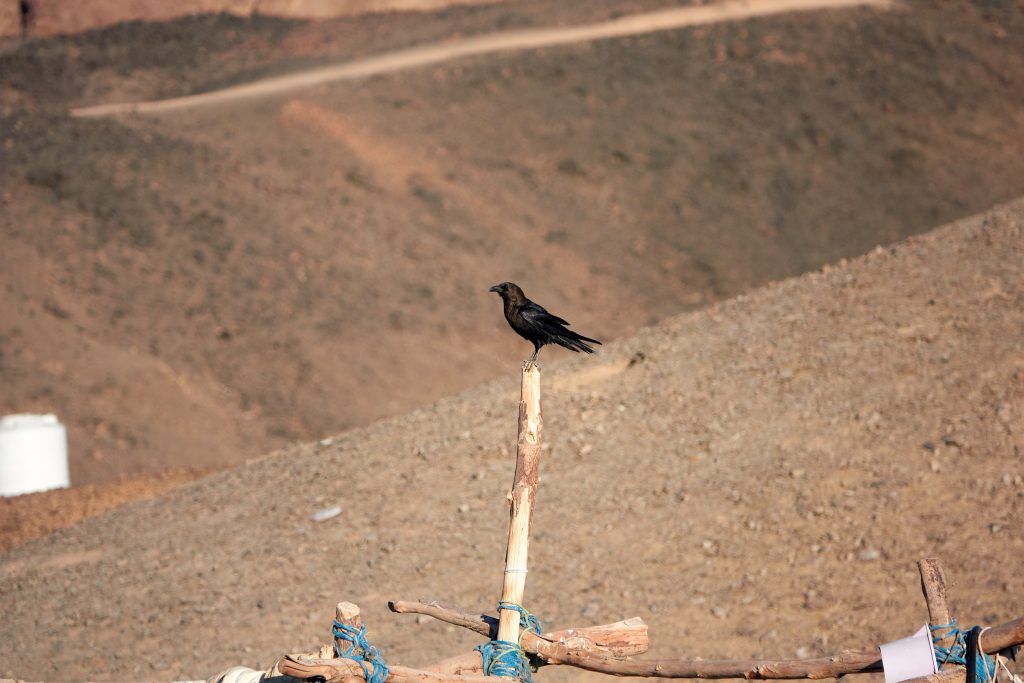 We sat down with some of the locals: 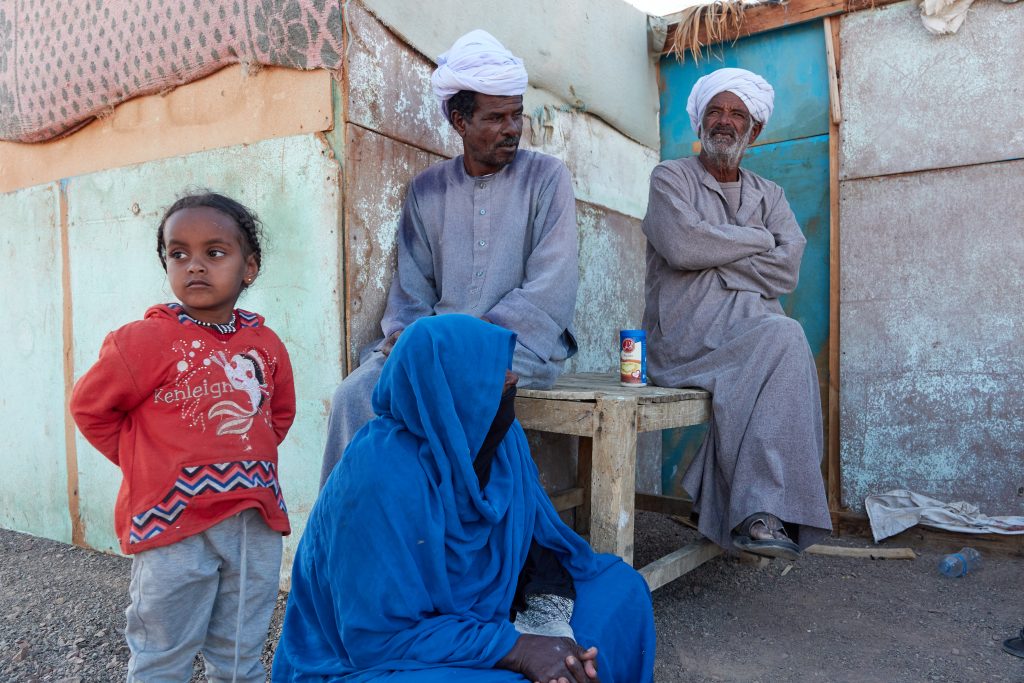 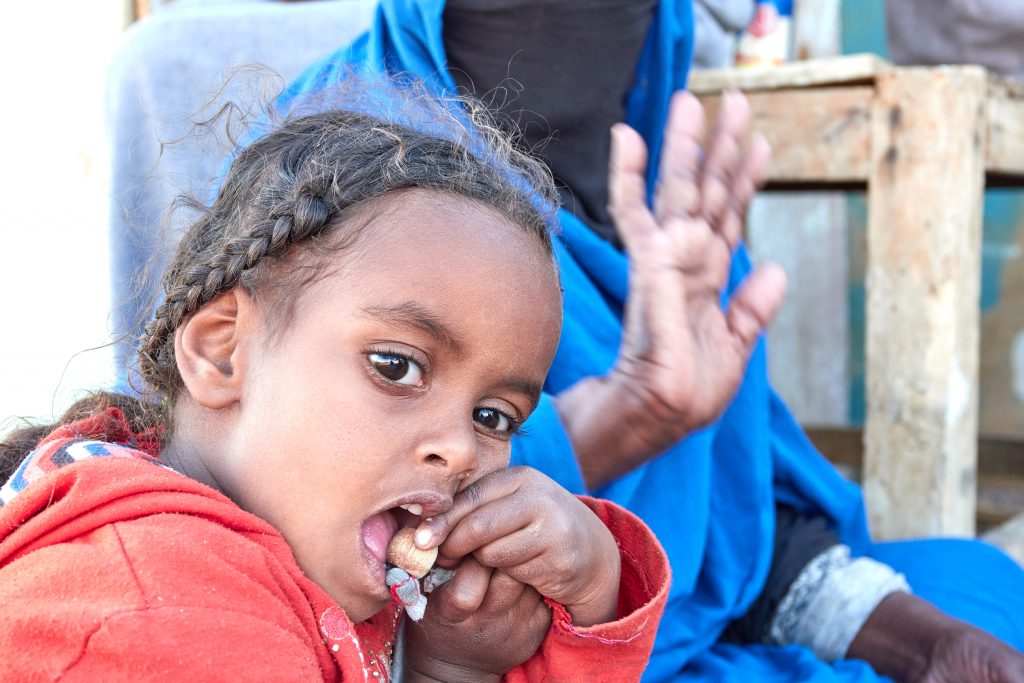 We also got a cup of coffee with ginger: 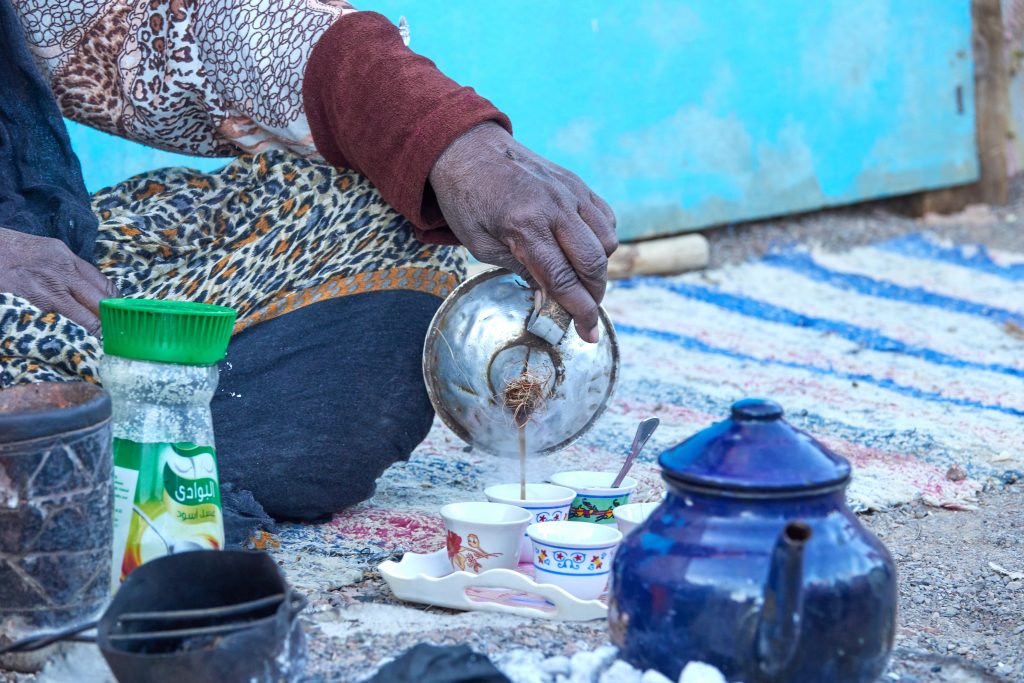 Sunset was nearing, as you can see from the shadows of the two jeeps: 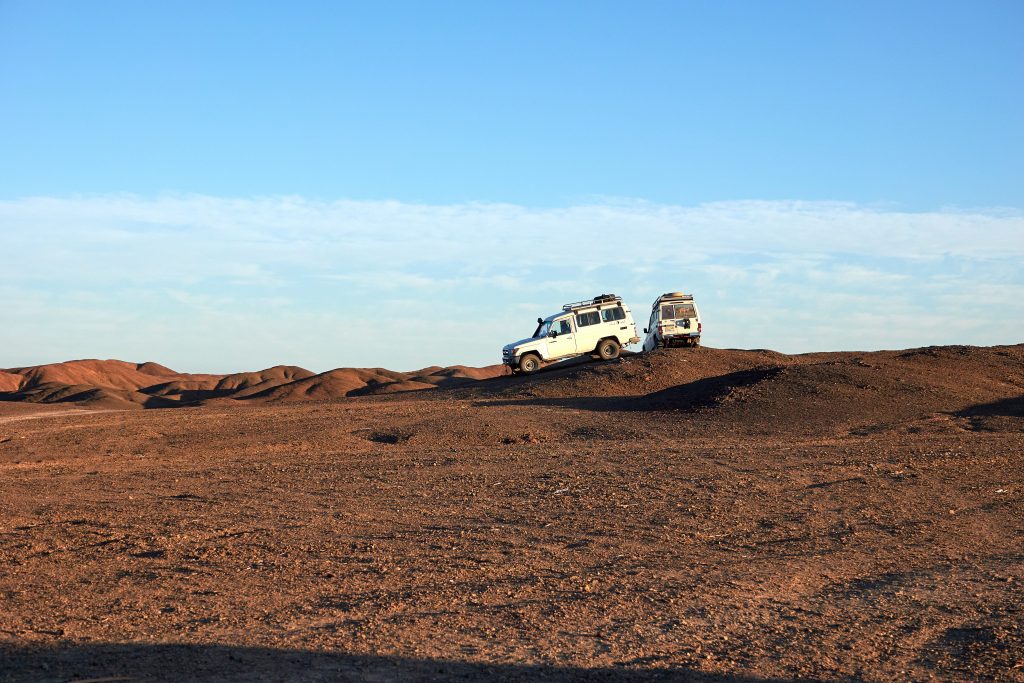 Scenery from a small mountain top: 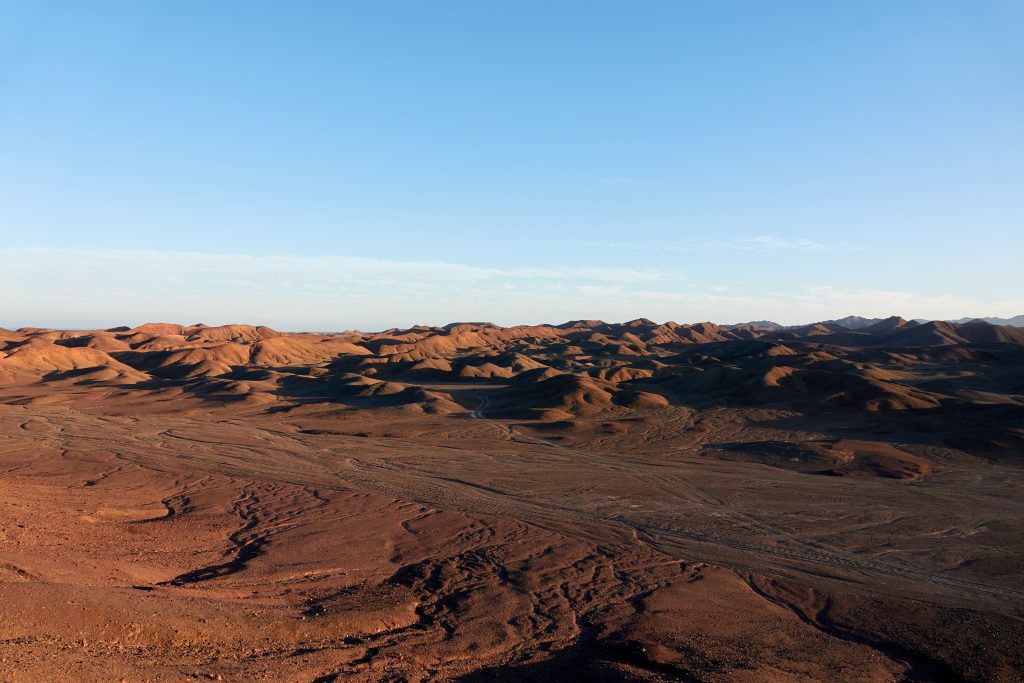 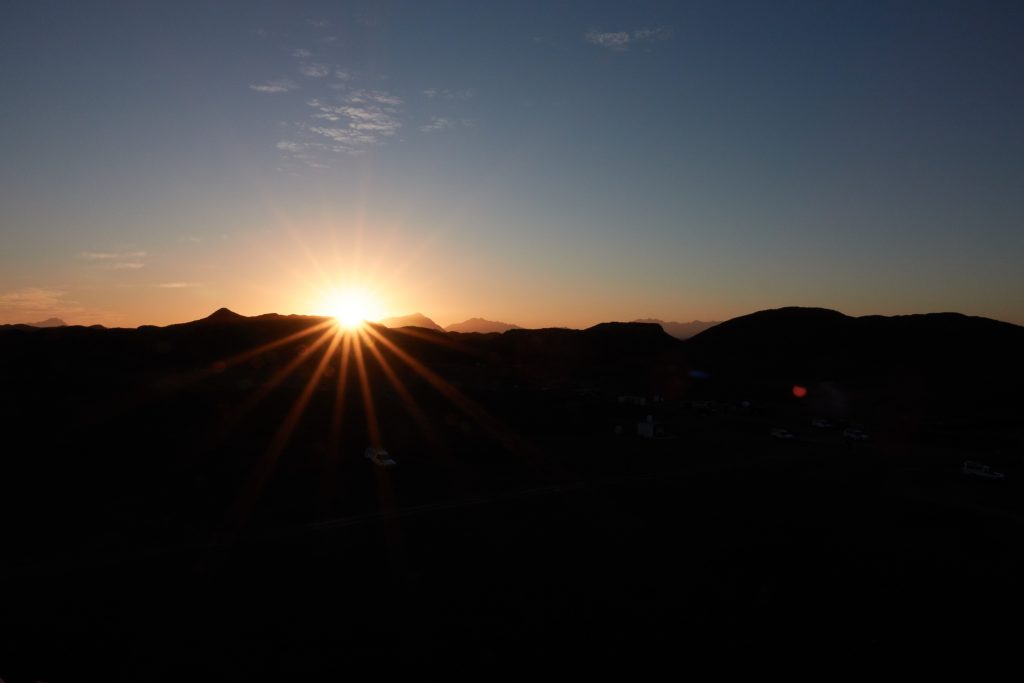 (The star in the photograph you can get on my camera Sony RX10M4 by closing the aperture as far as it goes, i.e. largest f number. The blades at this f number do not give a 100% round aperture anymore which leads to the observed star effect. Likely this can be done on more cameras. Try it out!).

After the sun completely set we went back to the jeep to drive back to the starting point to get dinner. However we first went into another tent to get a sales pitch for herbs/tea/oils: 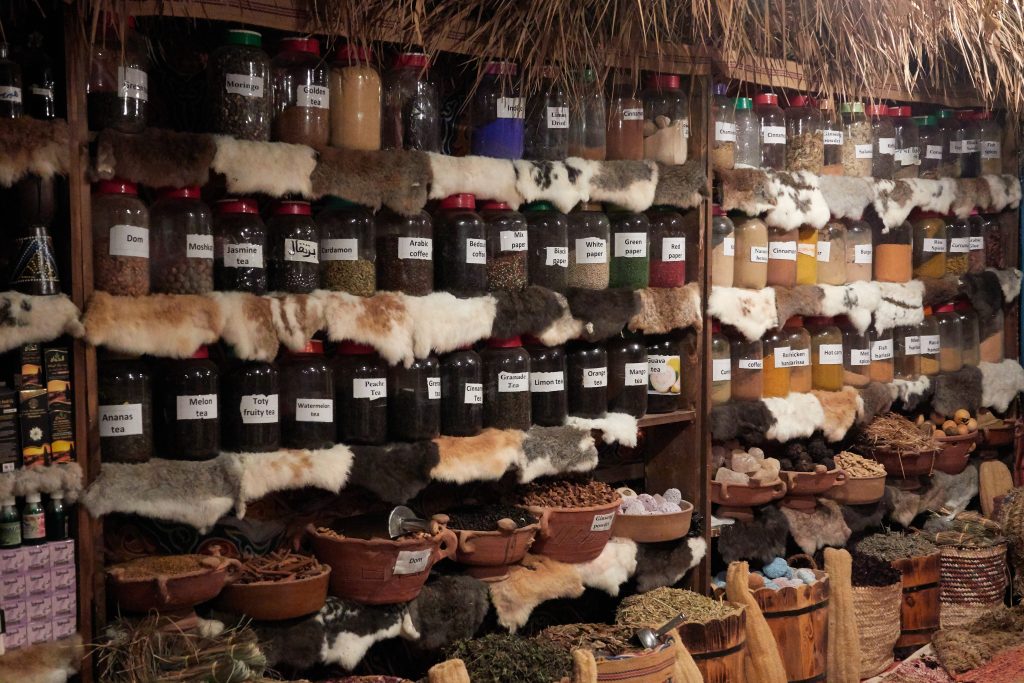 Then back to the reception tent. Photograph of the tent: 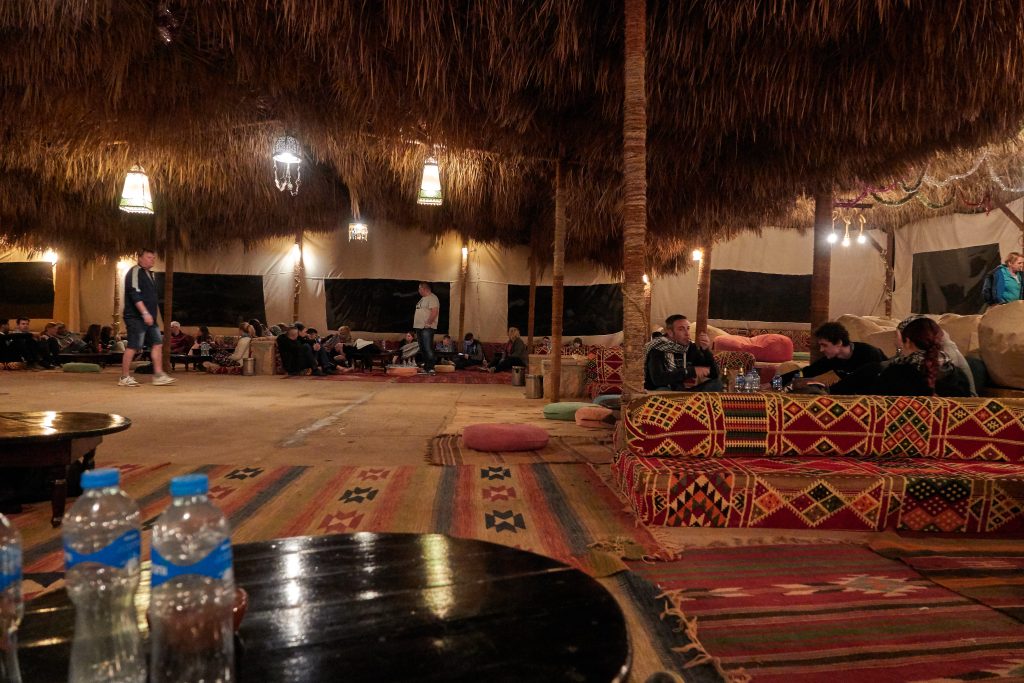 Dinner was ok-ish (kinda what you expect from a buffet).

After dinner we got a performance of a belly dancer: 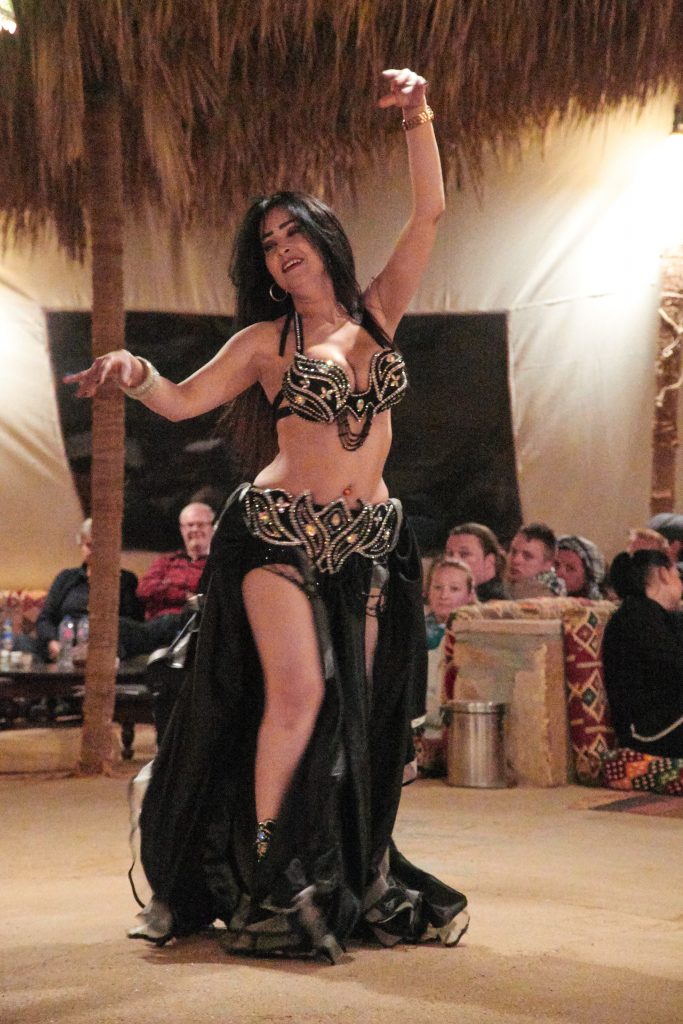 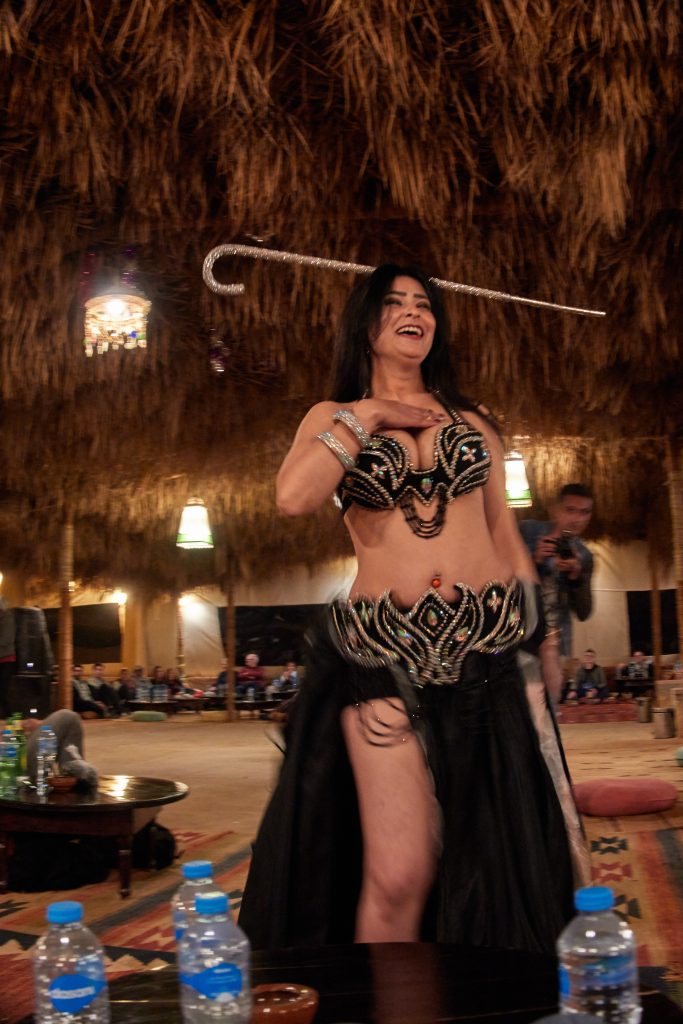 And a spinning dancer: 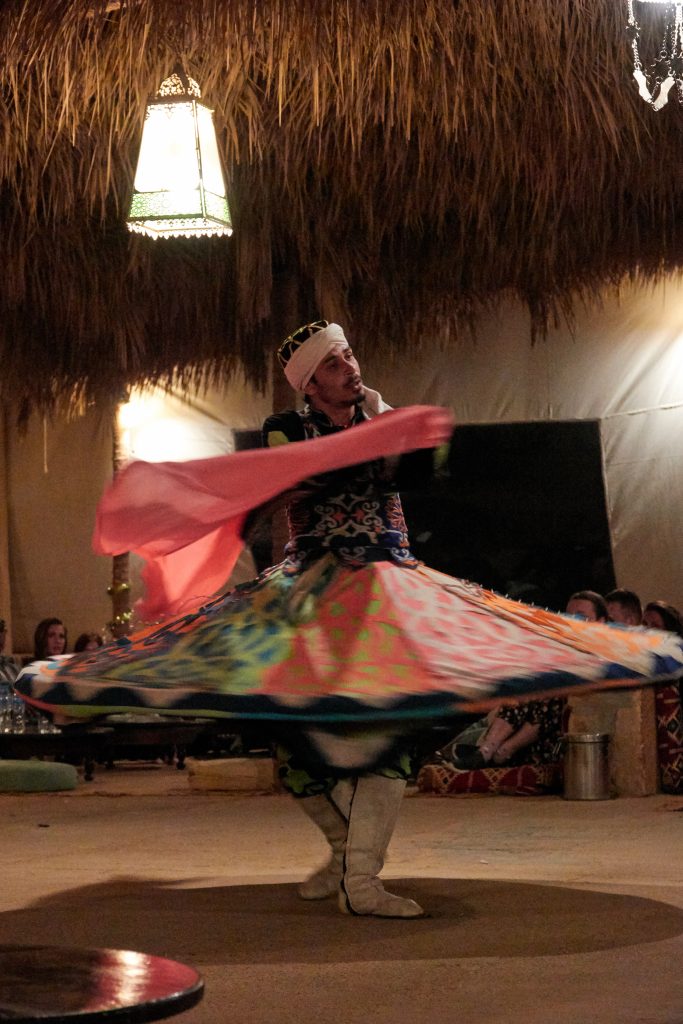 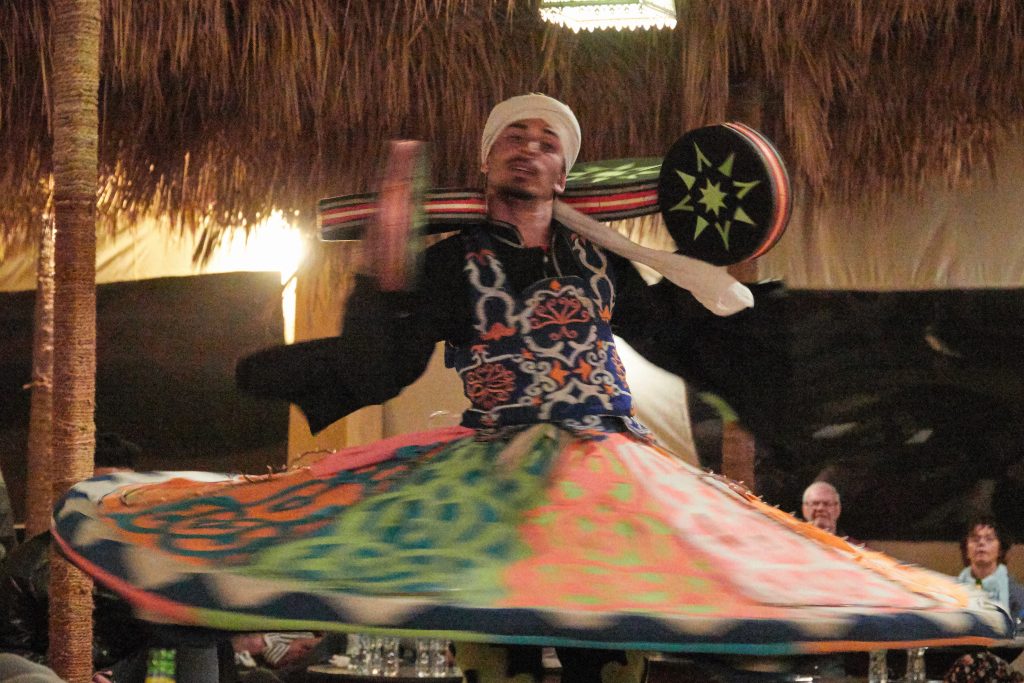 After the two performances, rather abruptly the excursion was over all of a sudden and everybody was directed back to the jeeps to be taken back to the their resorts.

As it was not that late yet we decided to go get a drink at the bar in the resort. There was also entertainment there by a “fakir”: 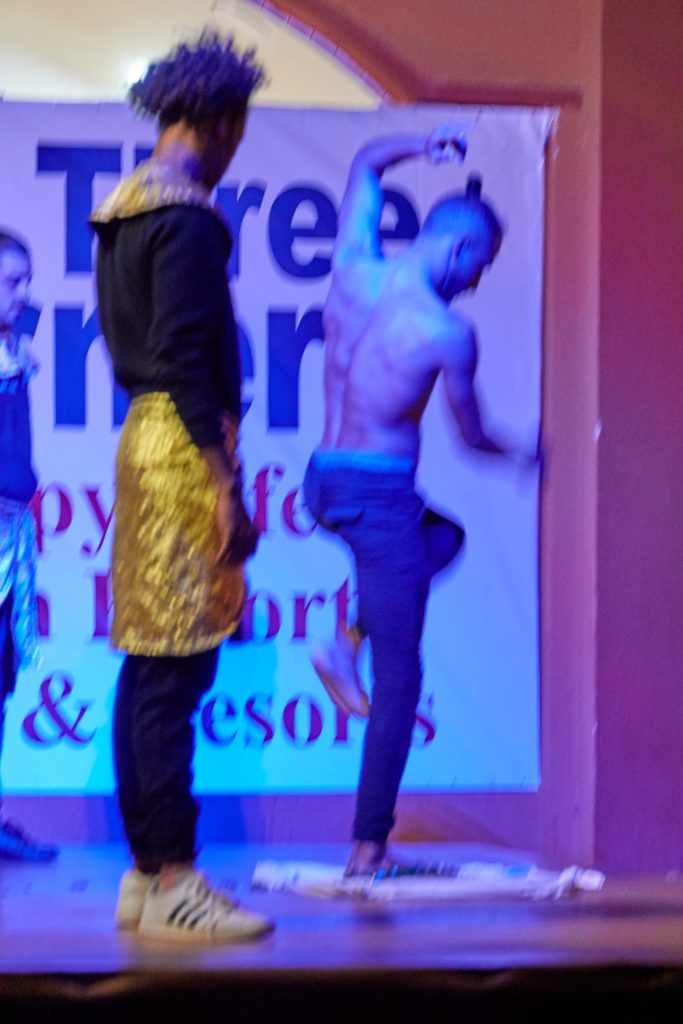 The fakir was walking on broken glass and lay down on a bed of nails. At around 11 o’clock we went back to our room to catch some sleep.

The next day we got up at a relaxed time. We do not have anything planned other than snorkeling at the reef. Unfortunately again there is a red flag. Hence we ended up only snorkeling in the shallow part only. Monique wanted to see how snorkeling without flippers would be, so she only wore underwater shoes (from Decathlon). At one point Monique told me she stepped into something and that it was starting to hurt. So we went out of the water. It looked like she got hit by a sea urchin. One of the black spikes even stuck into her shoe. Those shoes have small holes at the side and top… Not really that good protection apparently… Regardless, the spikes had to be removed. Luckily there is a doctor on the resort. That doctor said that it was indeed a sea urchin and that Monique was rather unlucky as there are not that many around this beach. After anesthetizing her foot he used a surgical blade to cut out the spikes. She also got a antibiotics injection and some ointment and a bandage. He told her that she was not allowed to swim the next two days, however tomorrow we are going on a excision to Sataya to swim with dolphins, so that is going to be difficult…