Today we did not plan anything other than trying to snorkel again at the reef at the resort. Lukely today there is a green flag waving on the beach so the snorkeling is on! The reef is actaully rather nice, just as nice as the reef at Sataya we went to few days ago. Sometimes a dolphin also visits this reef, but we did not spot it. There are a lot of different types of fish. It is rather special to swim in a school of fish. It was so nice that we booked a late check out to try again on our last day in the resort, such that we could take a shower after swimming.
Too bad we do not have an underwater camera to take pictures.
We spend most the day on the beach or in the water.

At night there was again entertainment at the bar. This time a fire eater: 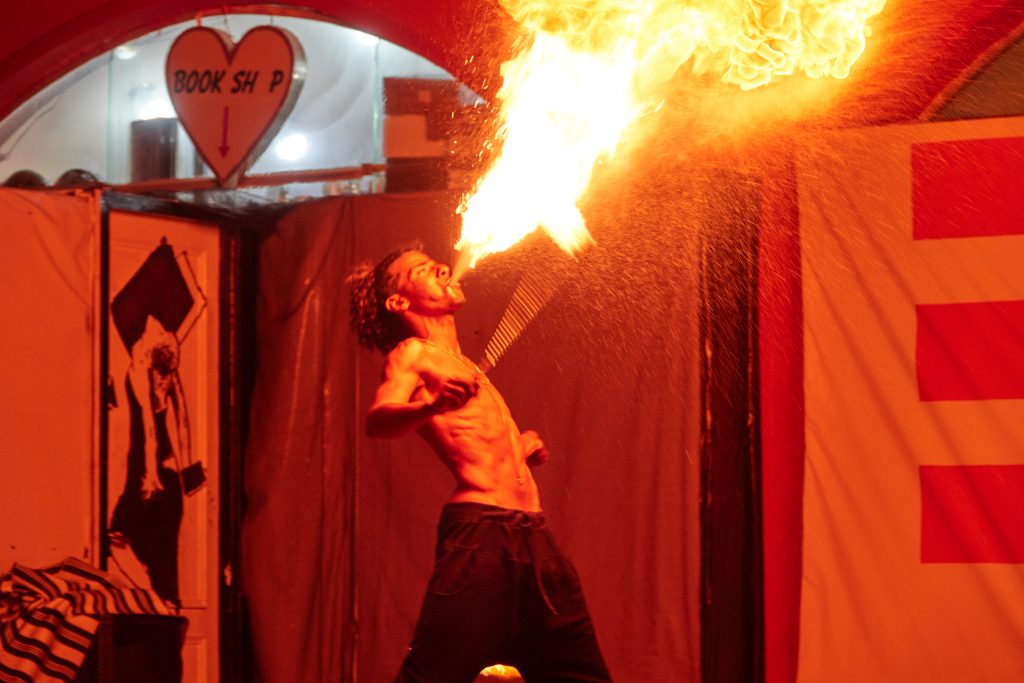 Was actually nice to see, but the staff did ask a little bit too many times for applaus.

The next day the wind was blowing hard again, hence no more snorkeling. We did make take the camera again to make some photographs. View from teh balcony:

There was also a camel on the beach: 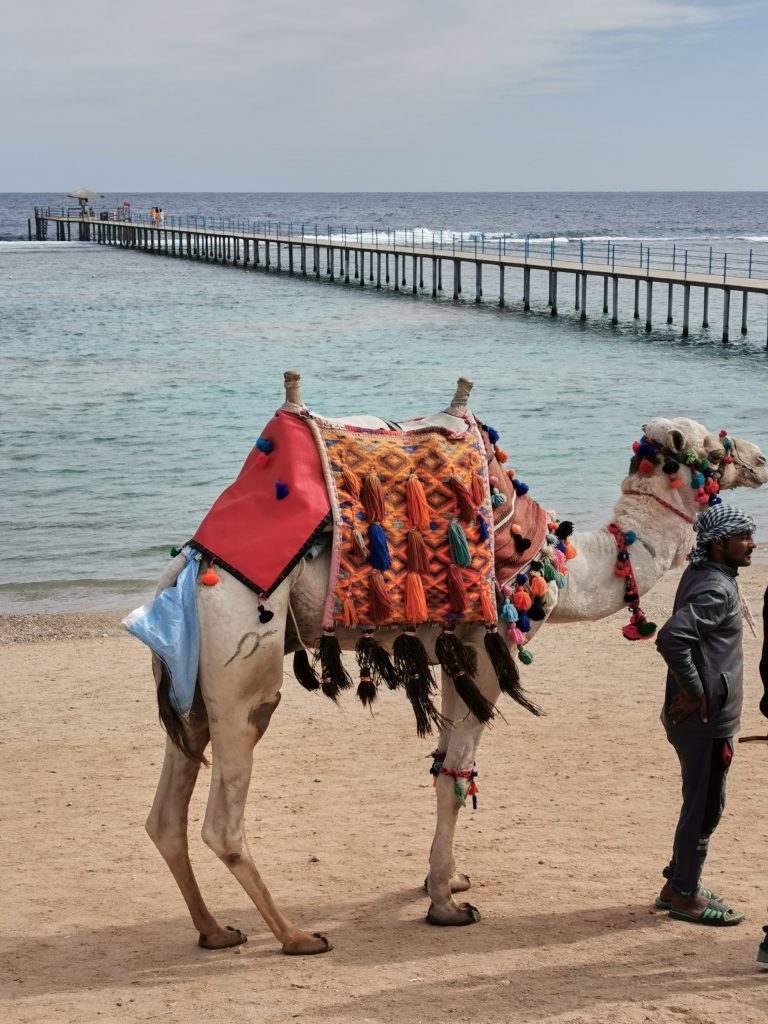 In the afternoon we went back with the bus to the airport. At the security check there is a separate line for males and for females. The line for men really does go a lot faster, so i had to wait a long time for Monique. The flight back went rather fast and getting to our car was also fast.

This holiday was a bit different than previous holidays, less active more relaxing on the beach, altough we did have a number of excursions. The excusions were goed, but just laying on the beach is rather boring.