We arrived rather well in-time because the reservation was only good till 30 mins before departure. So we had to wait 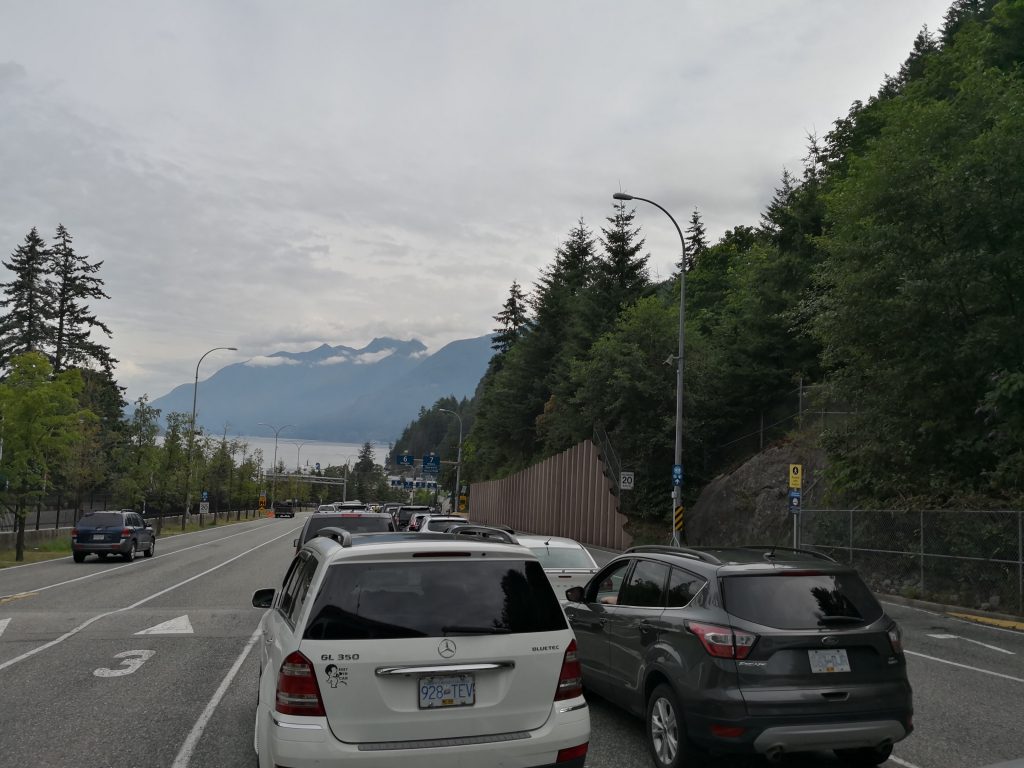 Photo from the deck of the ship after we boarded: 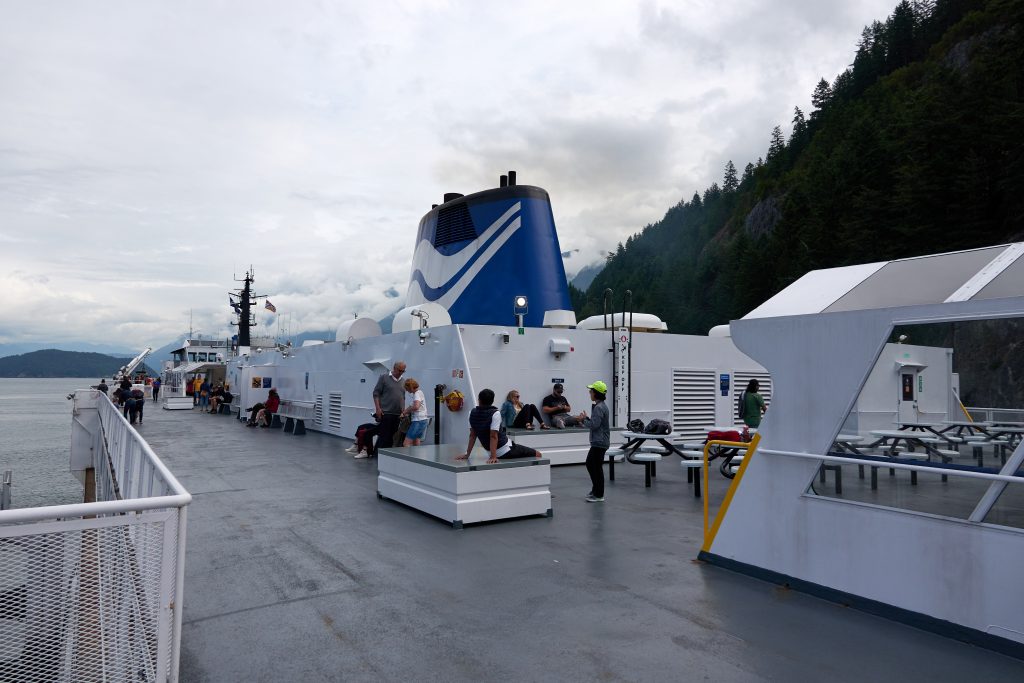 On one of the poles in the harbor there was a heron: 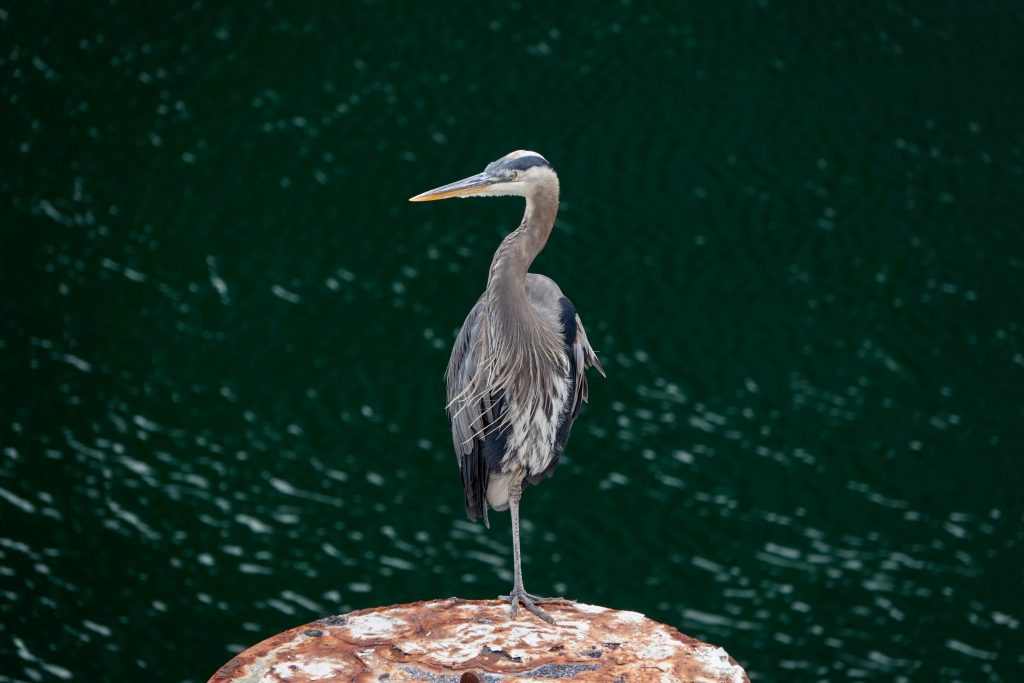 Nice clouded sky on the way there: 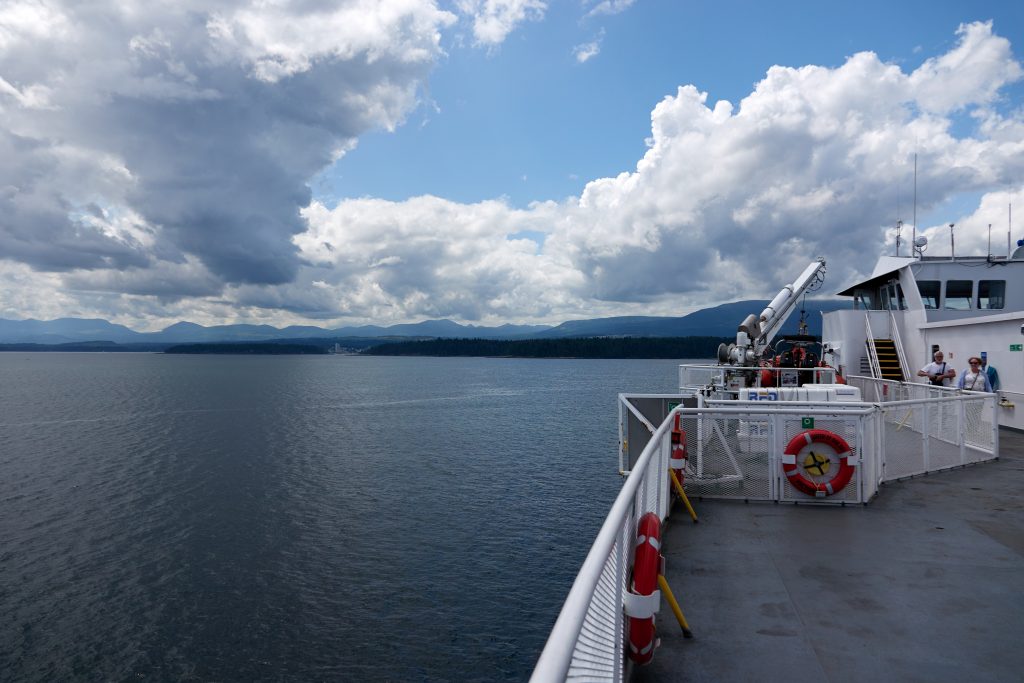 After debarking we decided to go via the 19A north. This is a road which follows the coast. Our next stray is in Parksville at the Seashell paradise motel. Because it is still early we decided to drive onwards to Horne Lake Caves provincial park (N49.344639, W124.750861). Here you can go inside caves. You have the option to rent a helm etc and then go visit some caves yourself. Or you can have a guided tour through a cave. Some caves you can only go to with a guide. We did the latter and booked the “Riverbend Cave Explorer” tour (see here, CAN $49 per person). This is a rather easy cave, but also one of the nicest caves in the area. We had to walk about 1km (less than a mile) to get to the cave entrance. The path does go up a bit, but the guide stops to explain some things every so often to allow people to catch there breath. So it was not really straining at all. The entrance of the cave is a hole in the ground: 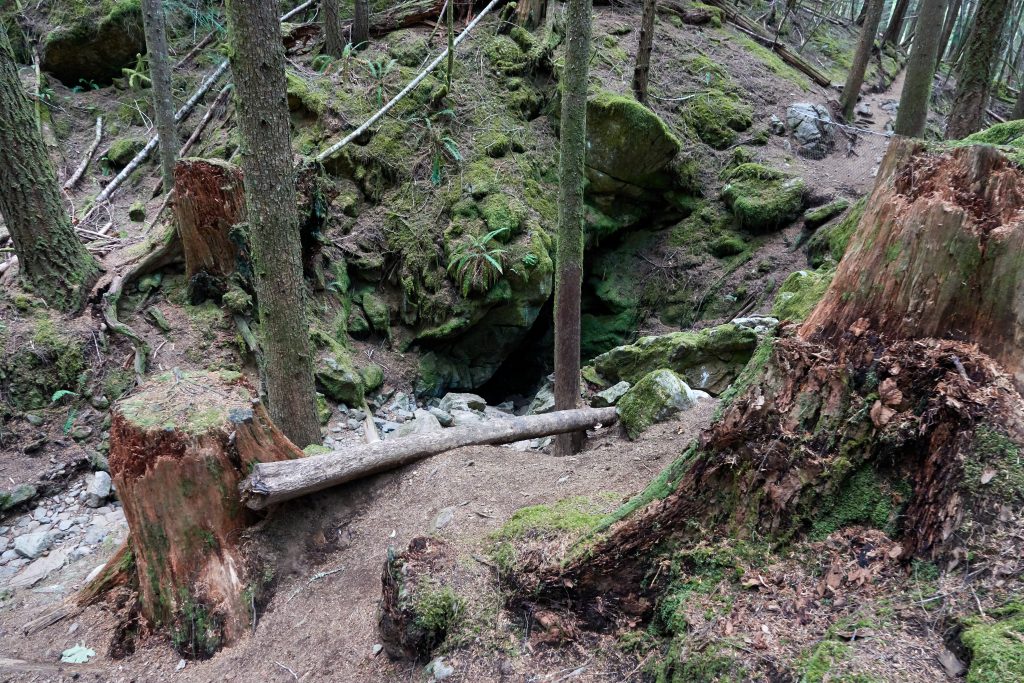 The first part does go goes rather steeply down 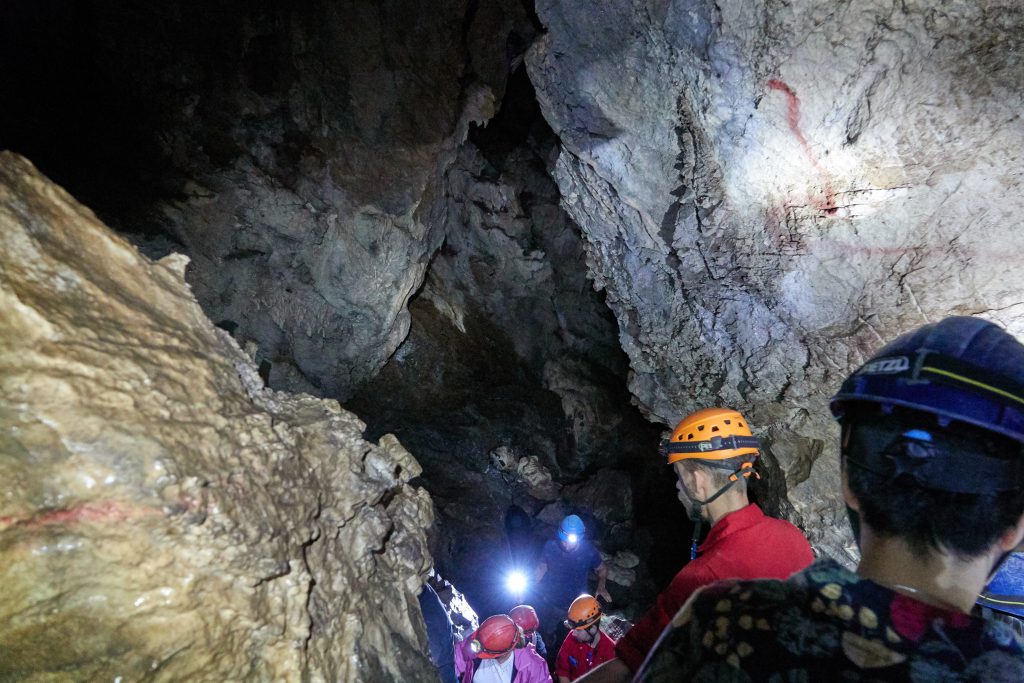 In the cave there there are a lot of stalactite constellations: 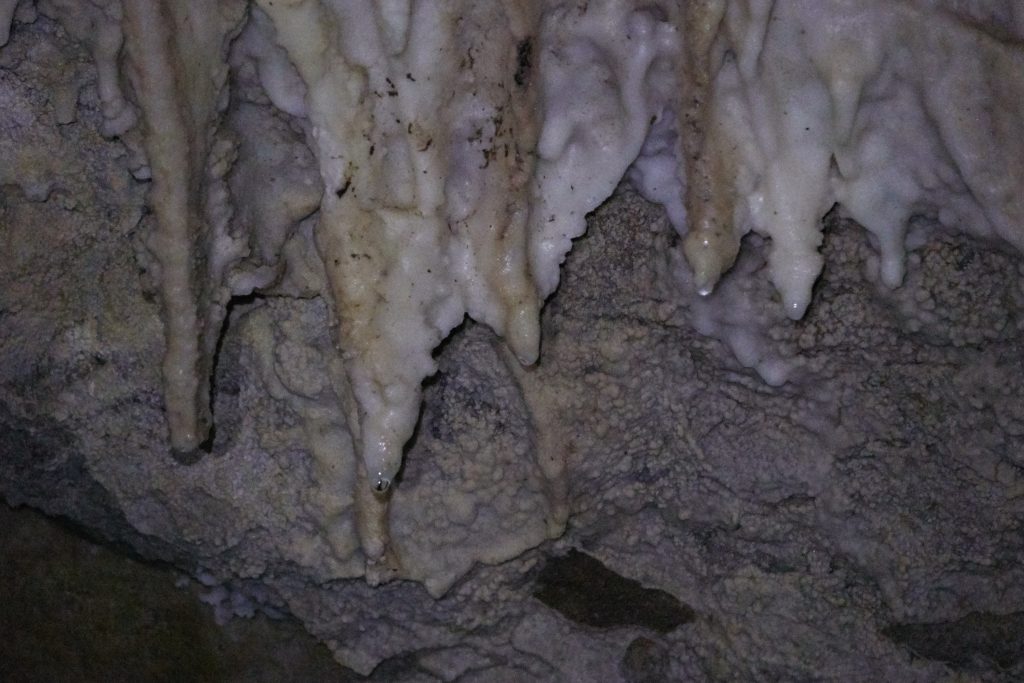 A lot of different shapes: 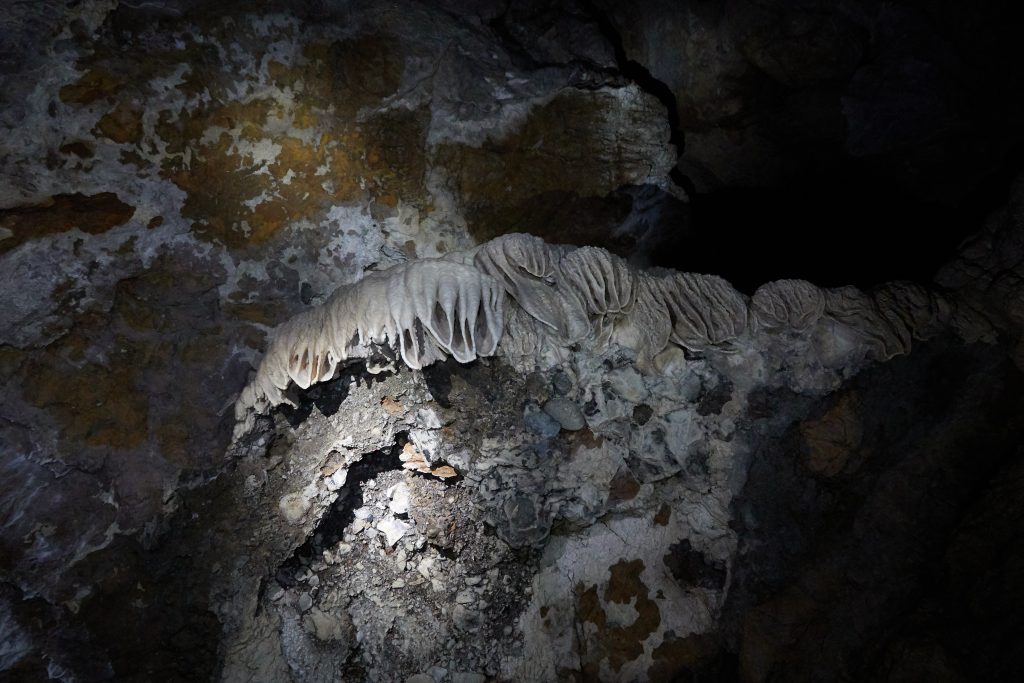 In some you can see animals, e.g. a wolf: 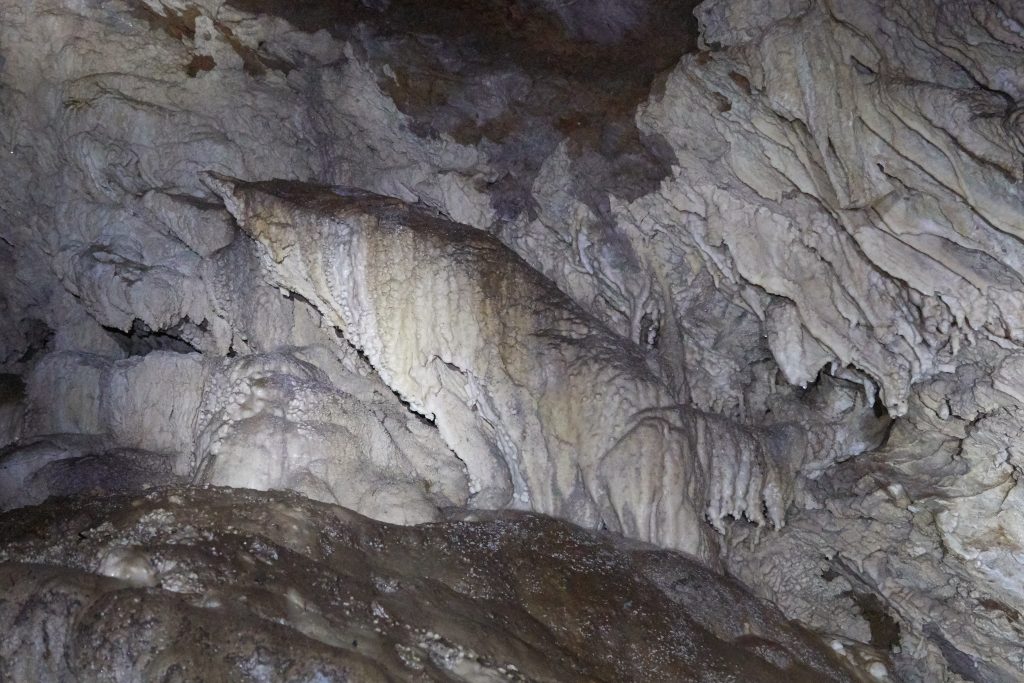 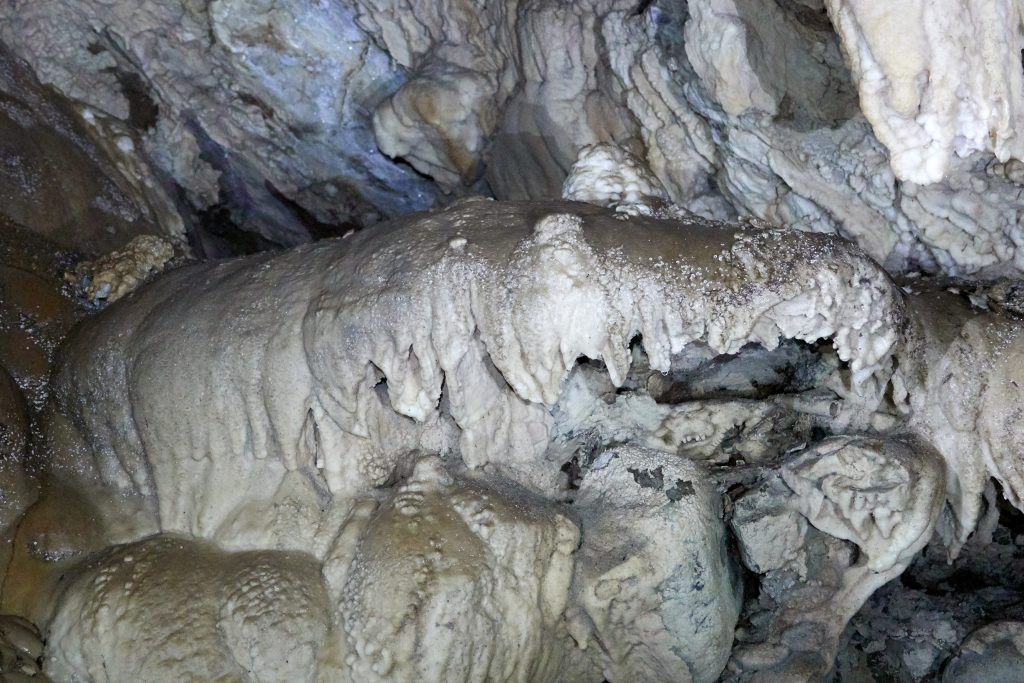 The scissor of a crab: 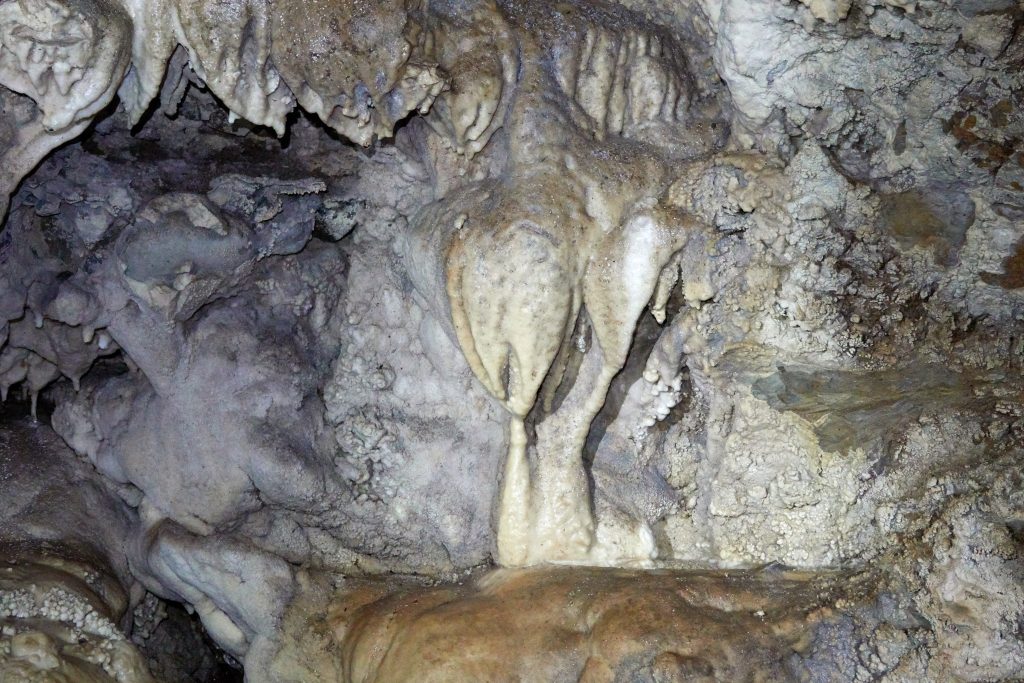 Calcite in the water: 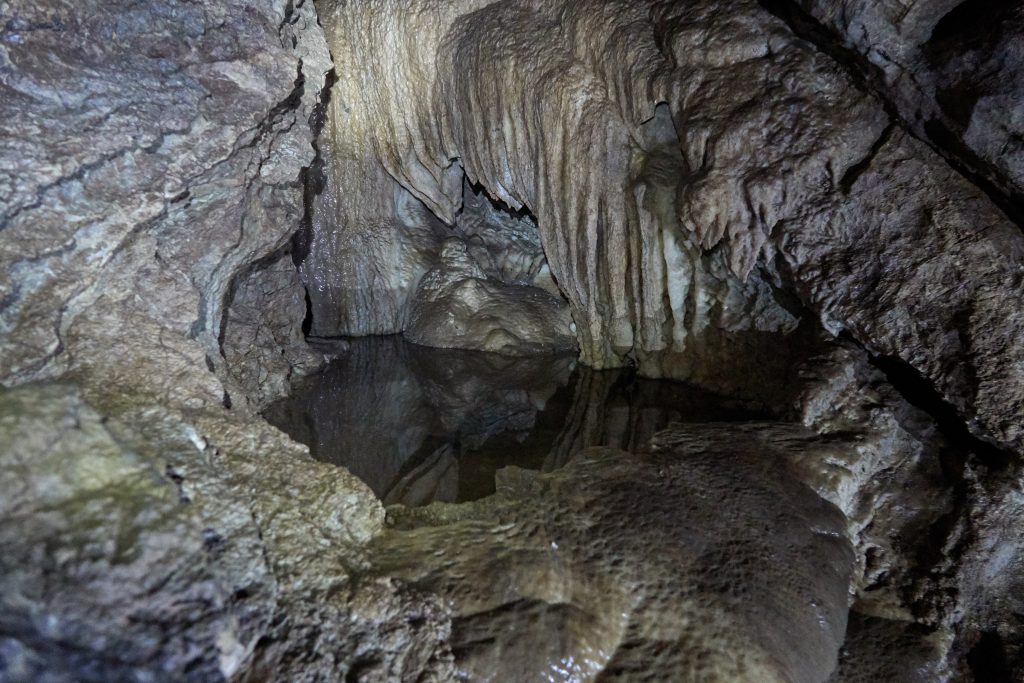 It was rather a nice cave. Tour of the cave took about one hour. On the way back we saw a centipede on the path: 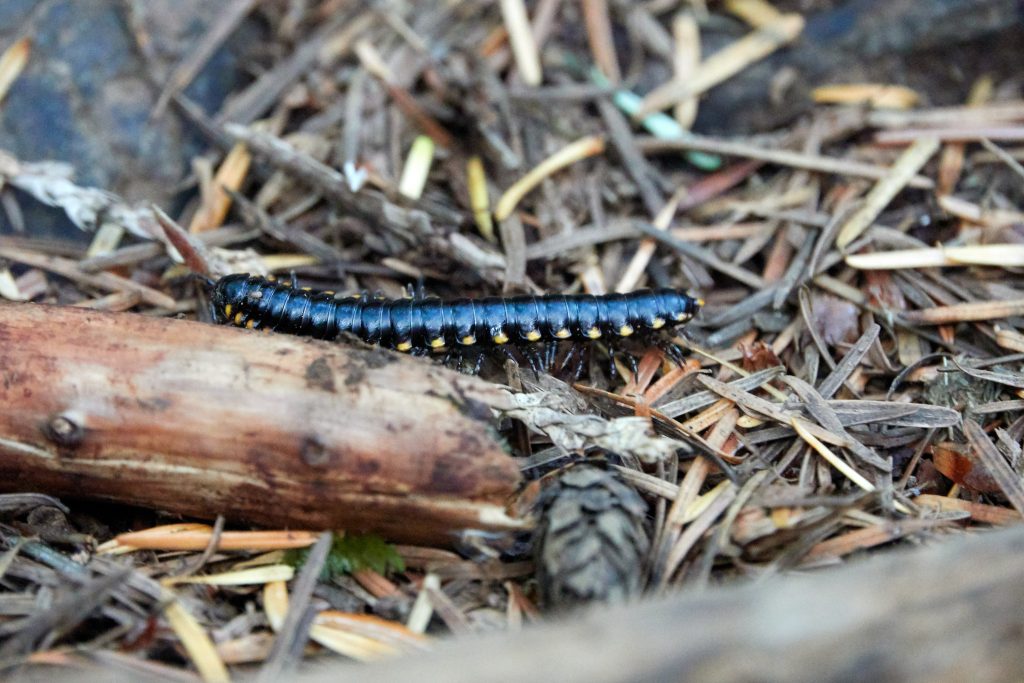 After the short walk back we handed in the gear and got in the car to drive to the “Paradise Seashell motel” (N49.323618, W124.324469). Once there it was a bit of a low budget place. The room was seriously small and we could hear people in the other rooms rather loudly. Not the best place we picked to stay the night, but it is only for 1 night so I guess we will survive. 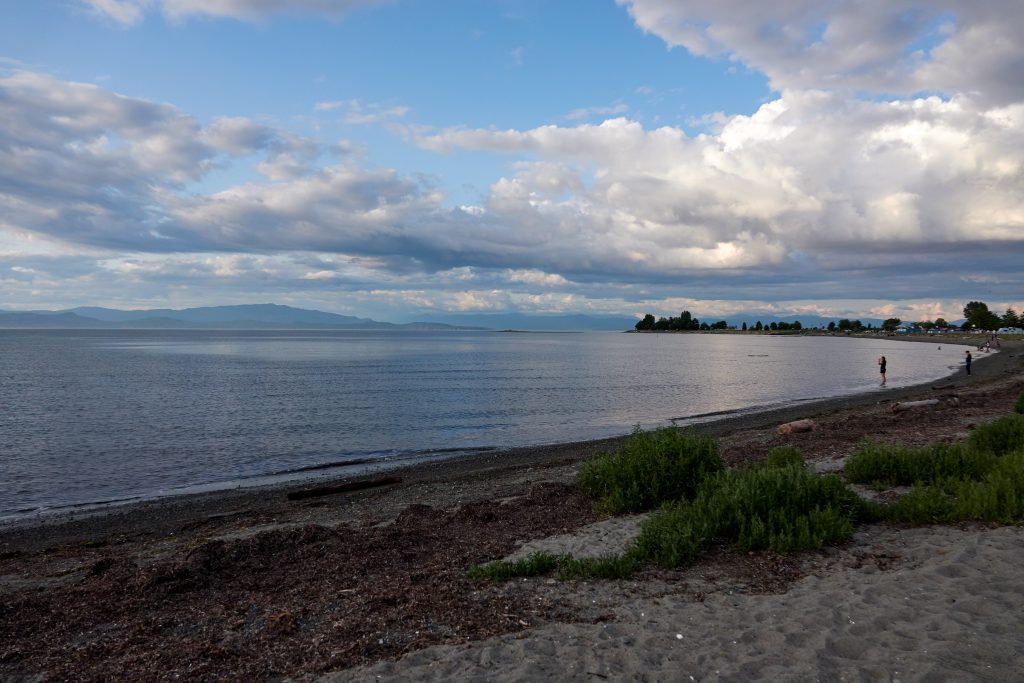 That was rather close to the motel