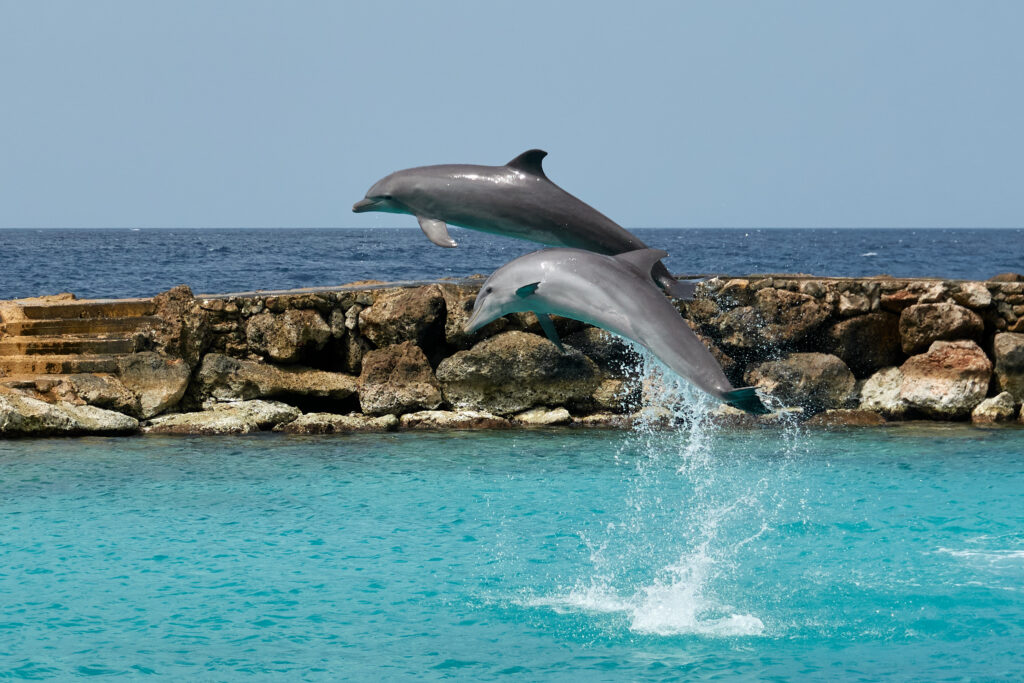 There were also some birds that were trying to steal the fish meant for the dolphins: 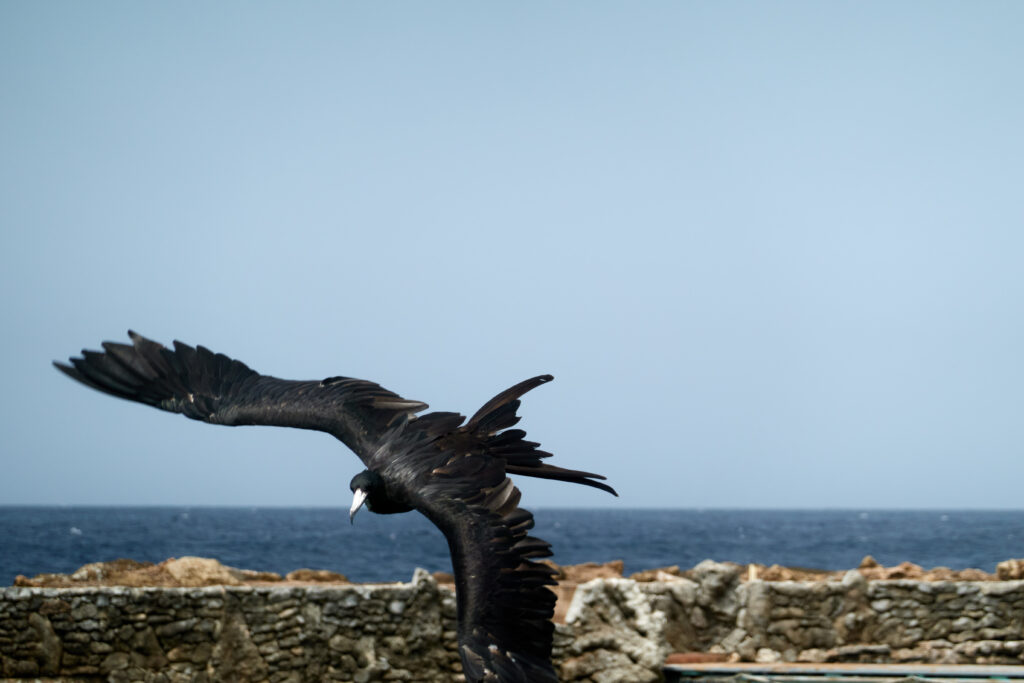 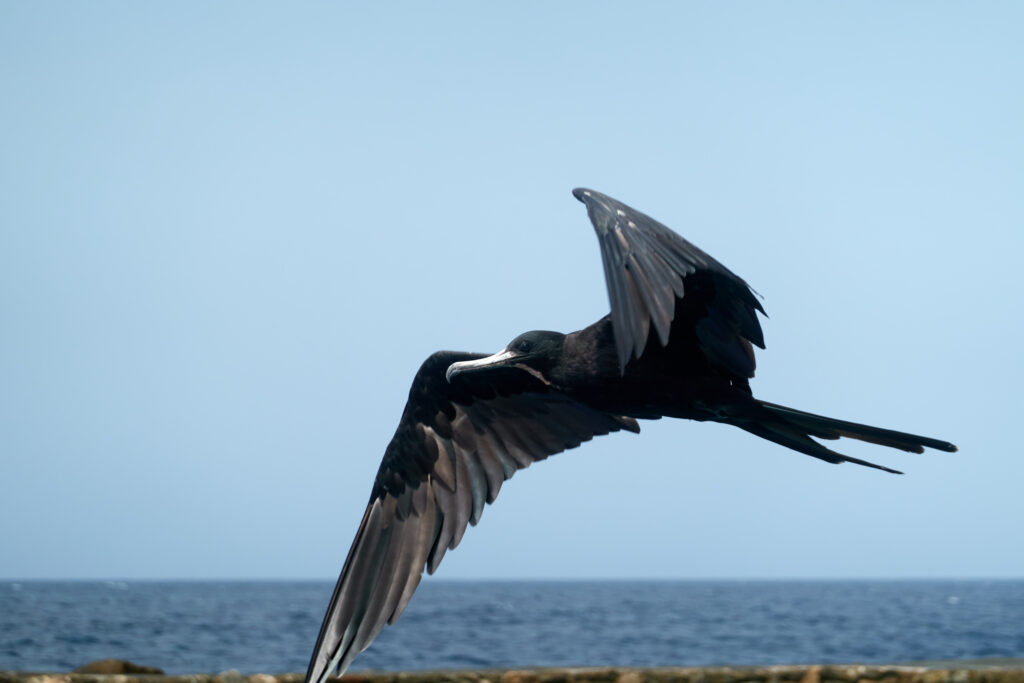 Another picture of a dolphin:

Then it was time for Monique to enter the water. She got a “kiss” from a dolphin: 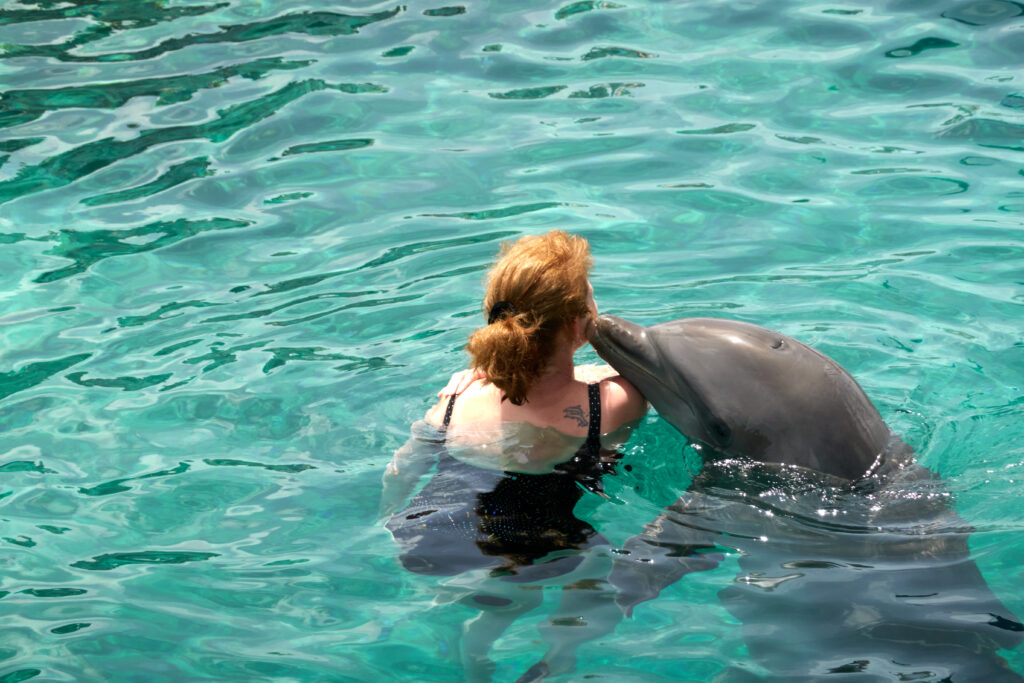 Two dolphins that were splashing with water: 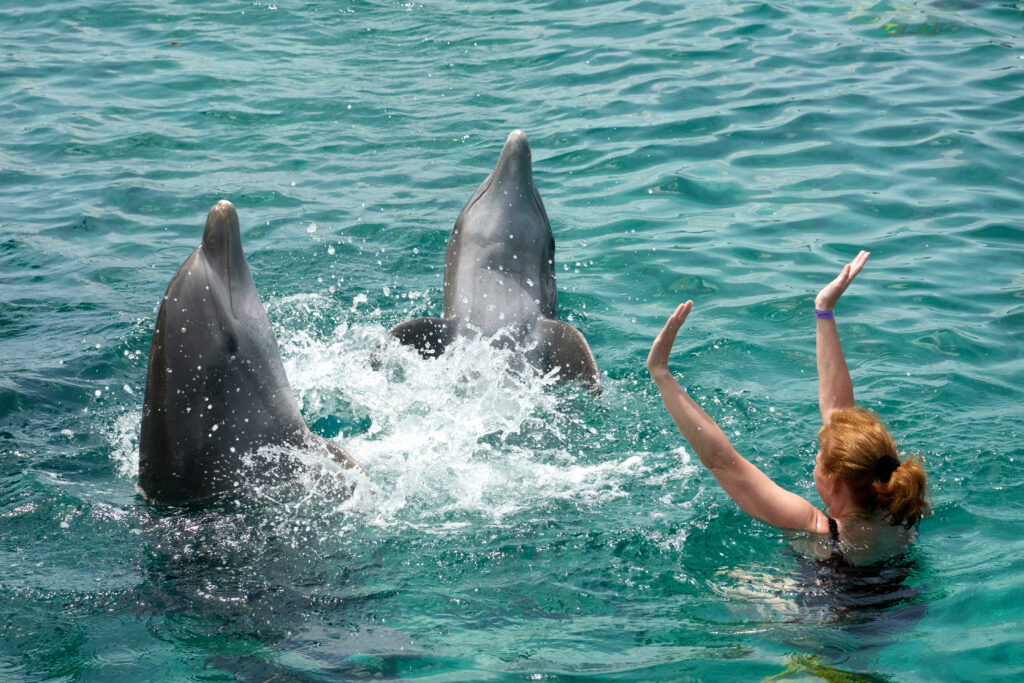 Once she got out of the water there was a rather large bird chilling:

The rest of the aquarium was not very spectacular. Its good days are long gone. It was rather disappointing. Some enormous fish:

There were also some flamingos. Here i could make a picture up close: 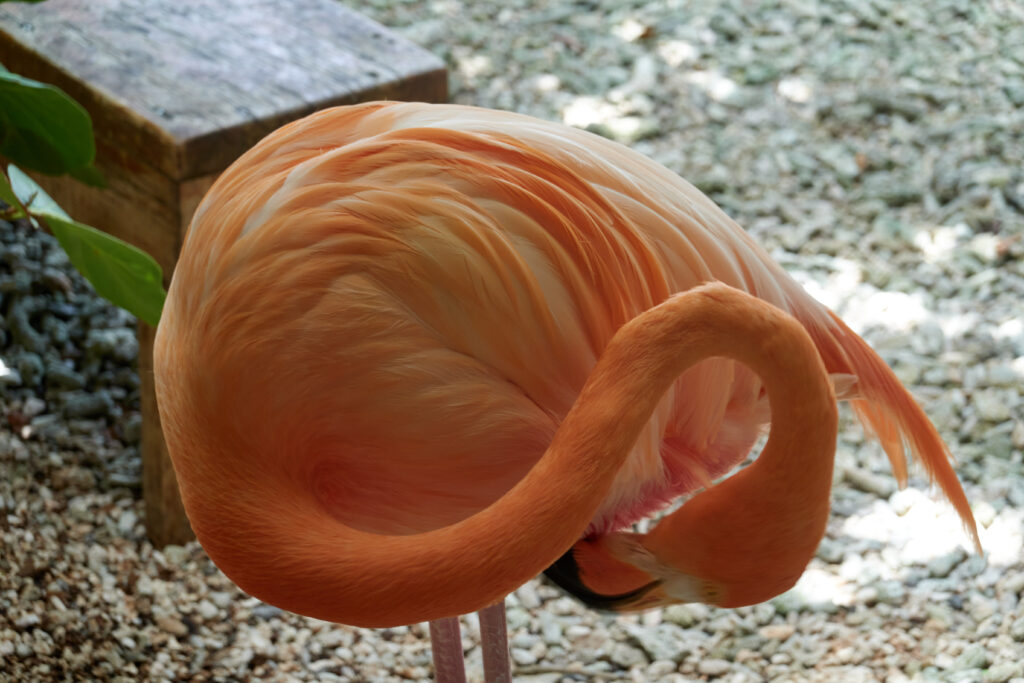 The dolphin show was shown a second time. So we stayed to watch it again: 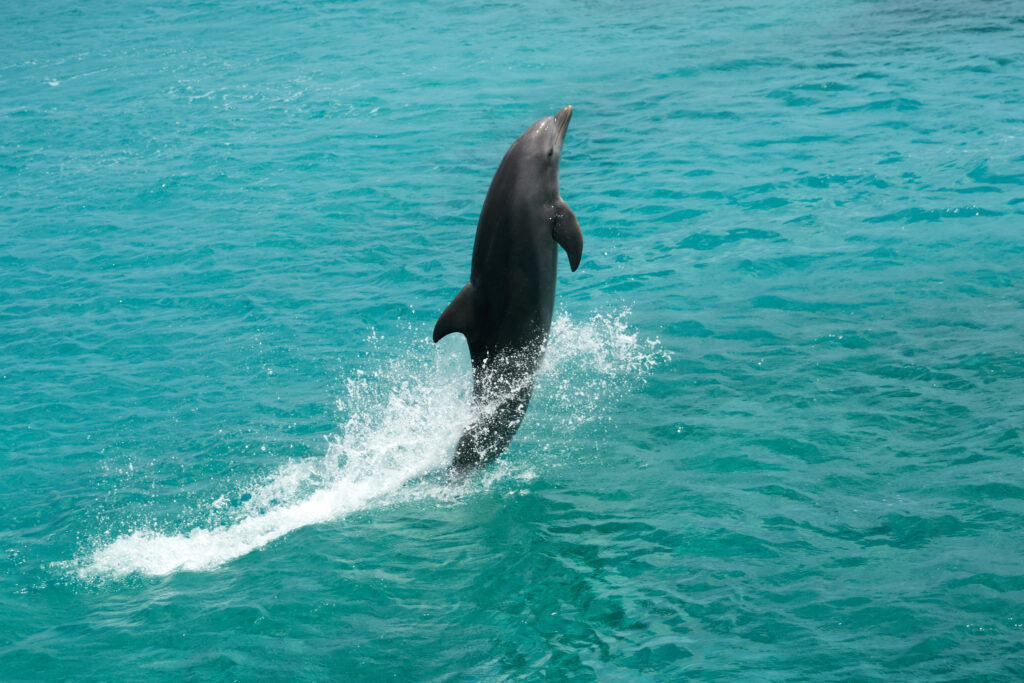 More of those birds: 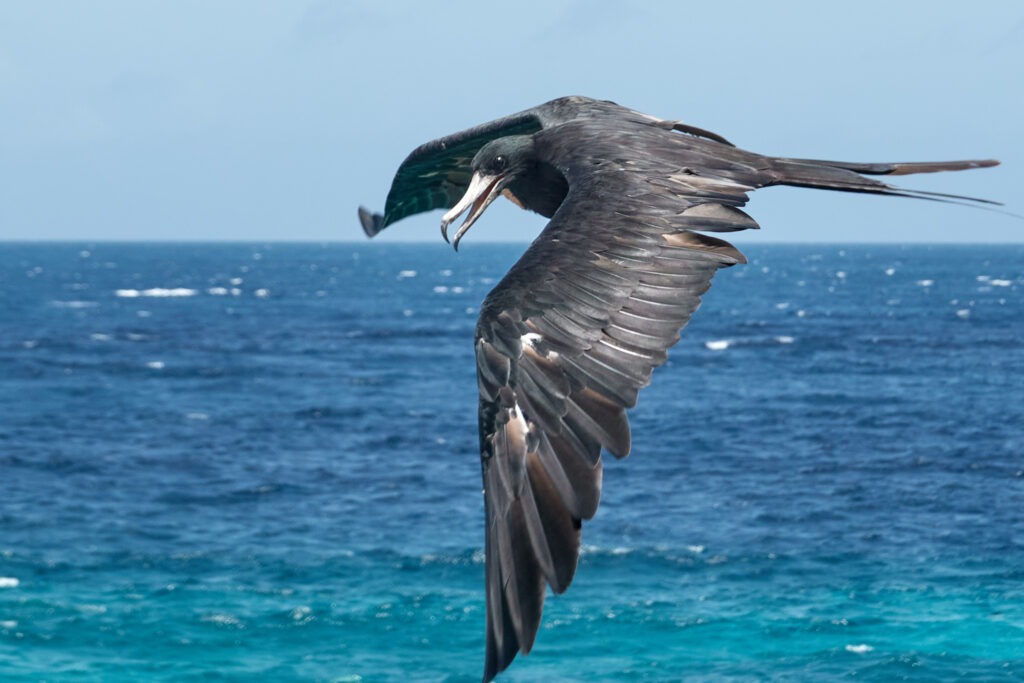 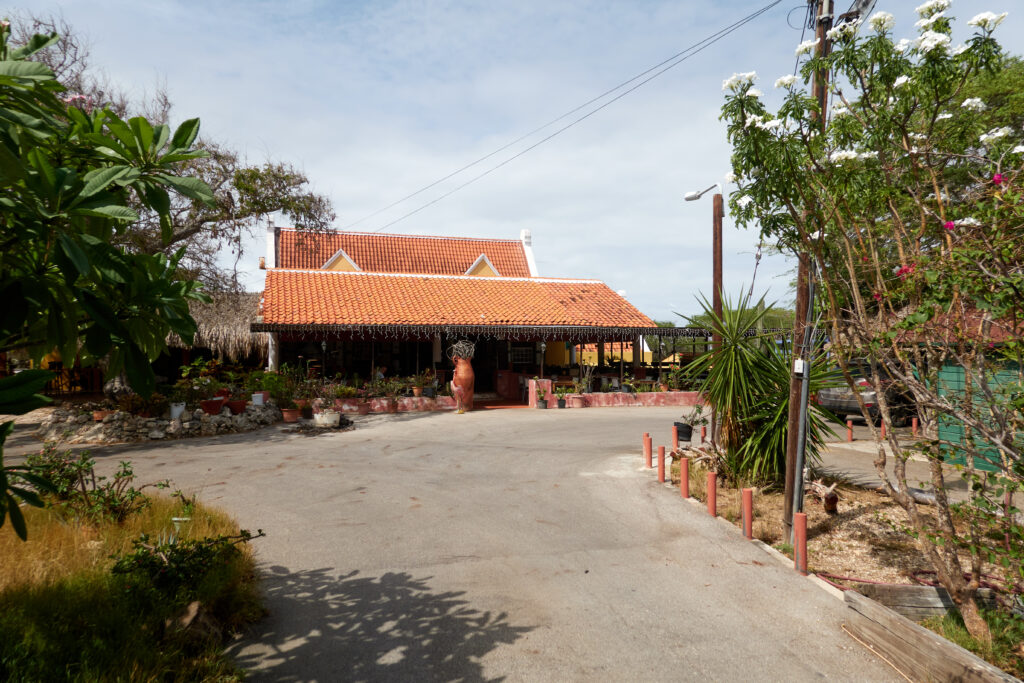 We ordered something to drink there. There was not much else to see.

Then we went to Landhuis Chobolobo (N12.109895 W68.9038). A liquor manufacturer is housed here. They make amongst other “Blue Curaçao”. But not all Blue Curaçao is made by this manufacturer. 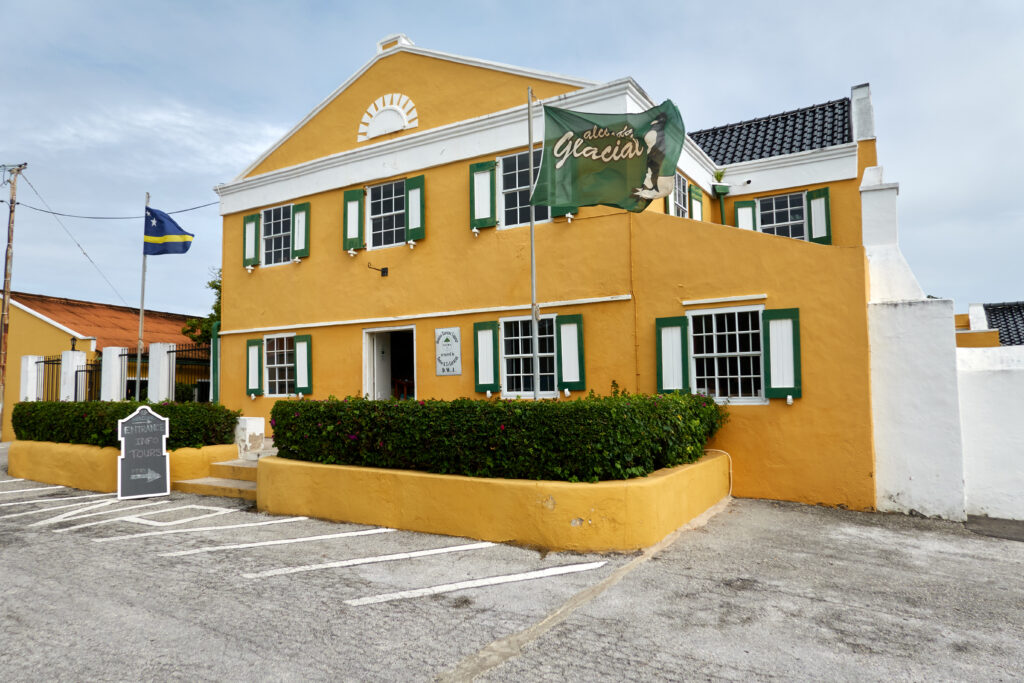 There was a exhibition there with some history and how the liquor is made. 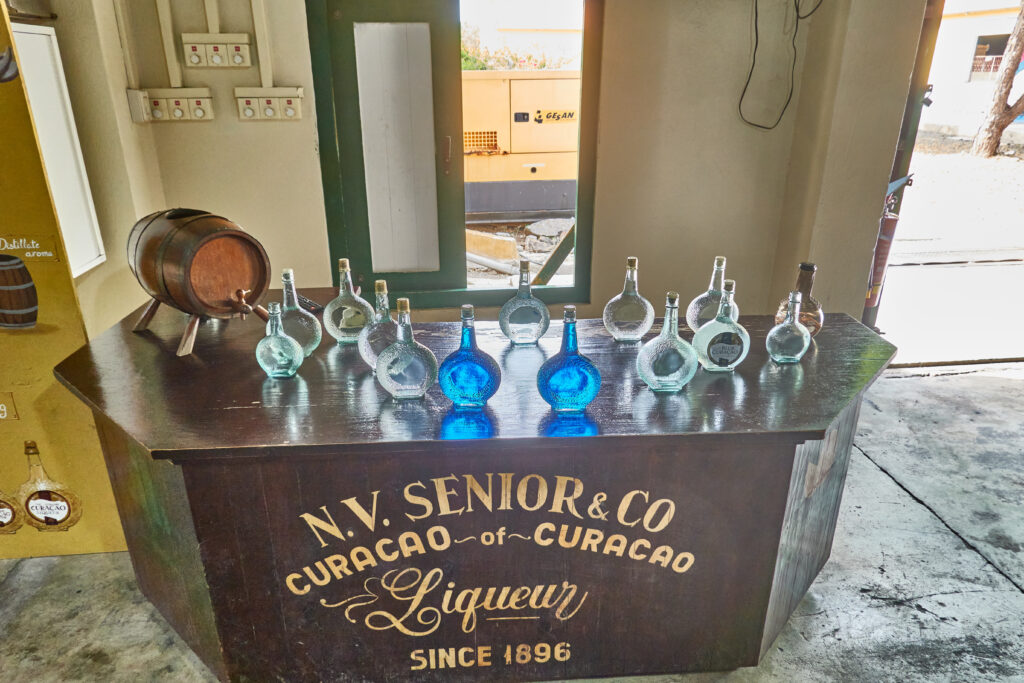 We were debating if we would buy some Blue Curaçao as a souvenir, but in the end we decided against it.

At night we ate at another landhuis gegeten: Landhuis Brakkeput Mei Mei (N12.089403 W68.863257). You can eat outside there, we sat underneath a tree, but be careful because there were some bird that dropped the excrements to the tables below…
Dinner was actually kind of disappointing. I had a medium rare steak, but it arrived beyond medium, almost well done. Monique had fish that was too dry. There was also a salat bar, that was alright, but we were only allowed to visit it once. It was kind of strange.