Today we got up already at 4:15am because we will be picked up at 5:00am to go to Sataya reef. Yesterday we have already arranged a breakfast box because we cannot eat in the resort at this time in the morning. We were ready at 5:00am at the reception but nobody came. Eventually half an hour later a small van arrived to pick us up. 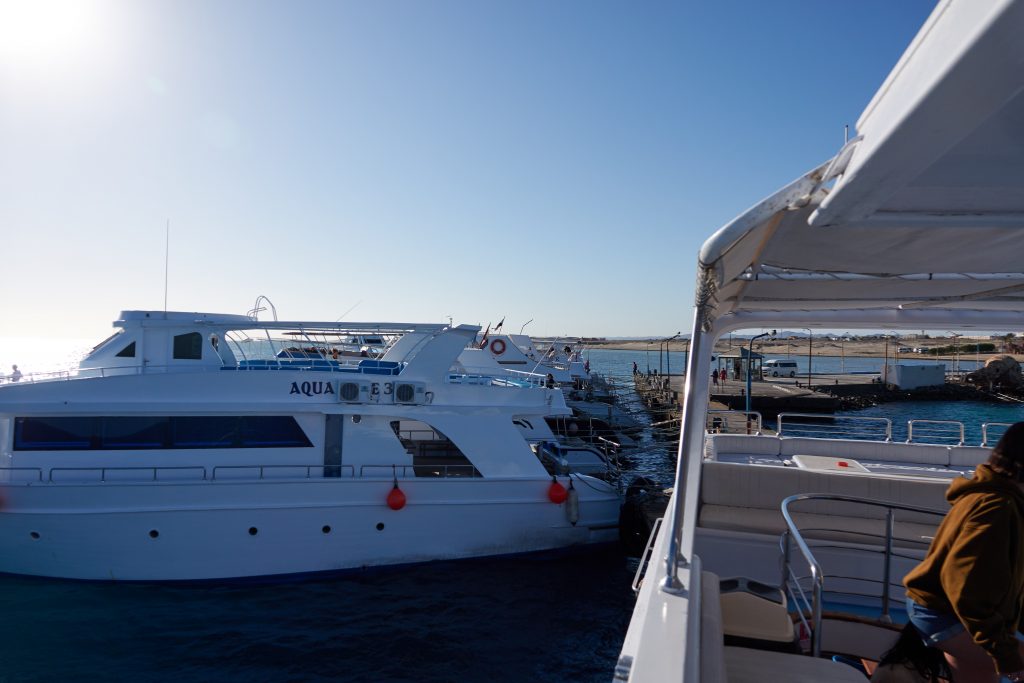 It is still a long way to sail to the reef. Photograph of the ship just after we left: 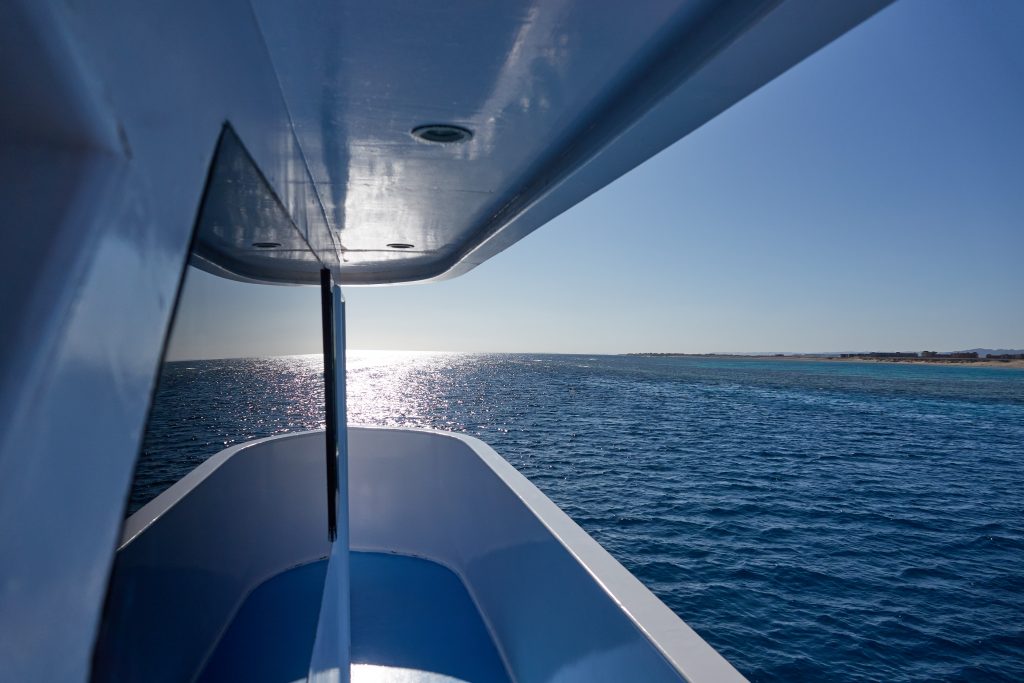 After a few hours sailing we got to Sataya rif aan (N24.166952 E35.67526). We were told actually told to put on our wetsuits before we got there such that we could go in the water immediately after we arrived. We got into the rubber dingy. After a short while we already told to entered the water because dolphins were already spotted. Monique also got in the water, due to the spikes in her foot doctors advice was not to go into the water (see yesterdays post). Here are some photos from the photographer that joined us on the boat: 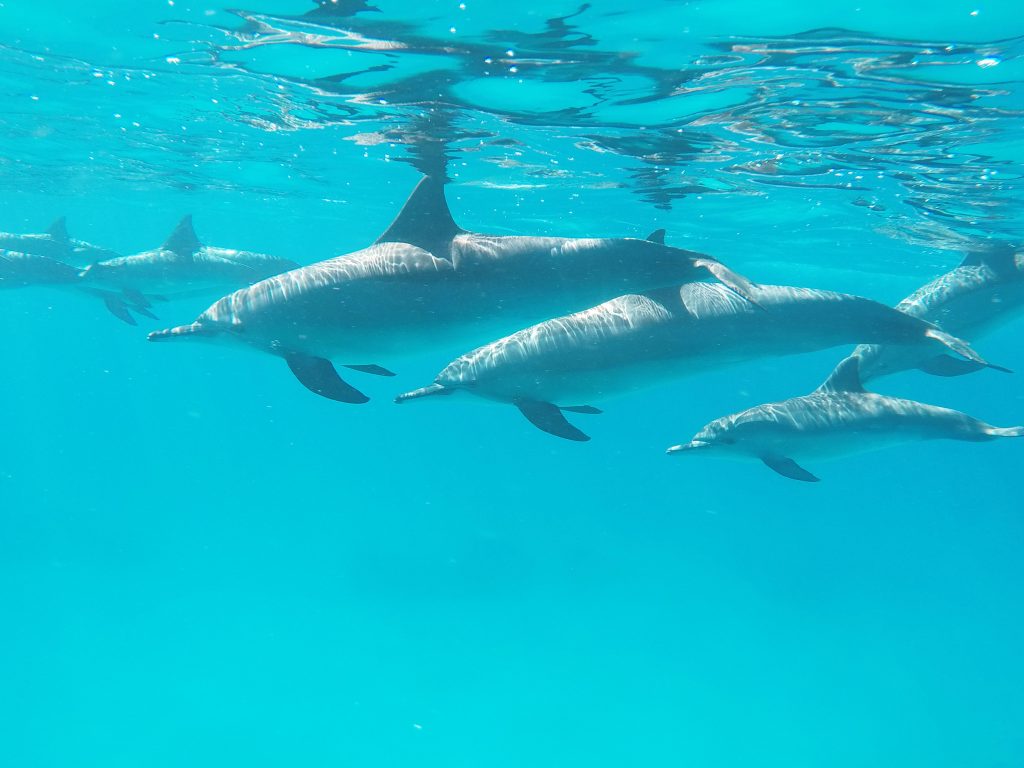 After following the dolphins for a while we swam back to the ship and got back on board. I took the oppertunity to take some pictures of the surroundings: 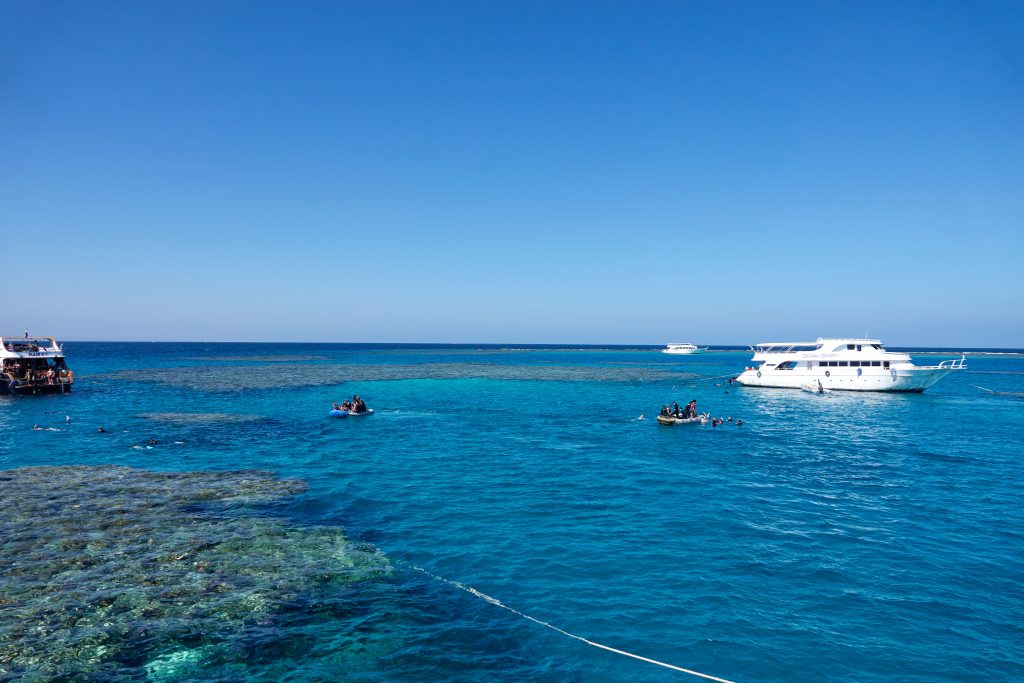 The dolphins were still swiming around:

Then we had lunch on board and went back into the water after that to go look at the reef. A jellyfishl: 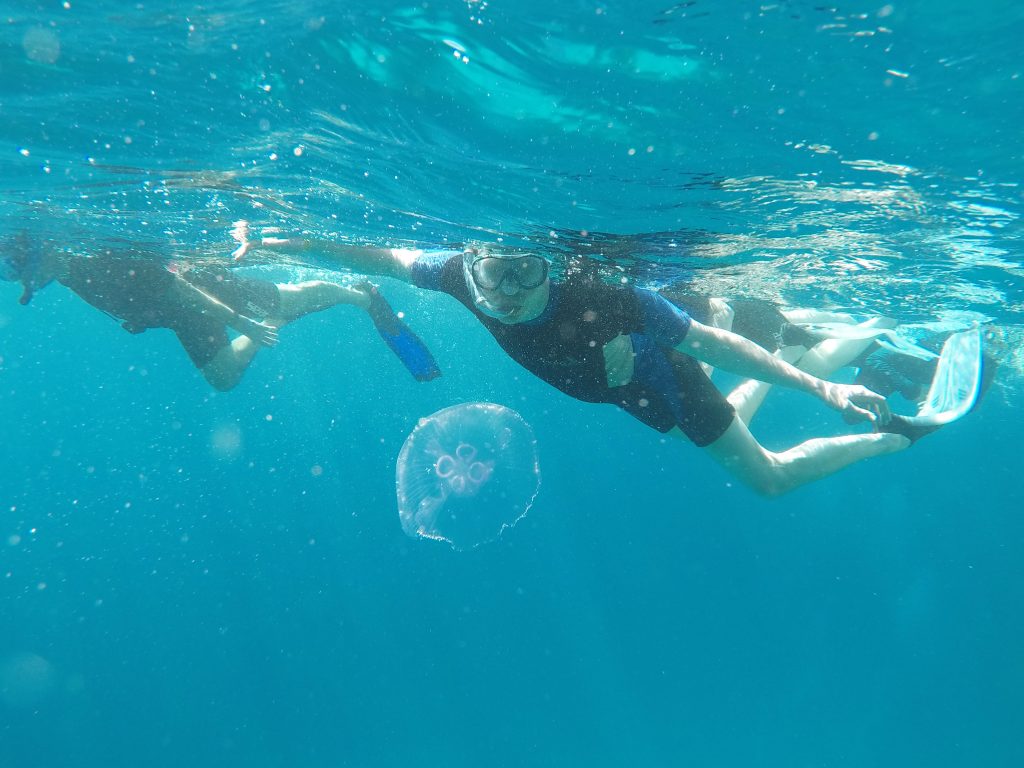 After a nice swim around we got back on board and started the journey back to the harbour. This again took a number of hours. After arrival in the harbour I made a nice picture of the ship:

Then the long journey back to the resort in the small van. We got there at 6:45pm. We still had to go to the doctor for a checkup of the feet of Monique. So that is what we did. Everything looked normal, but the final bill was rather high 661.62 EUR! Bit of a rip-off, hopefully our medical or travel ensurance will repay it…